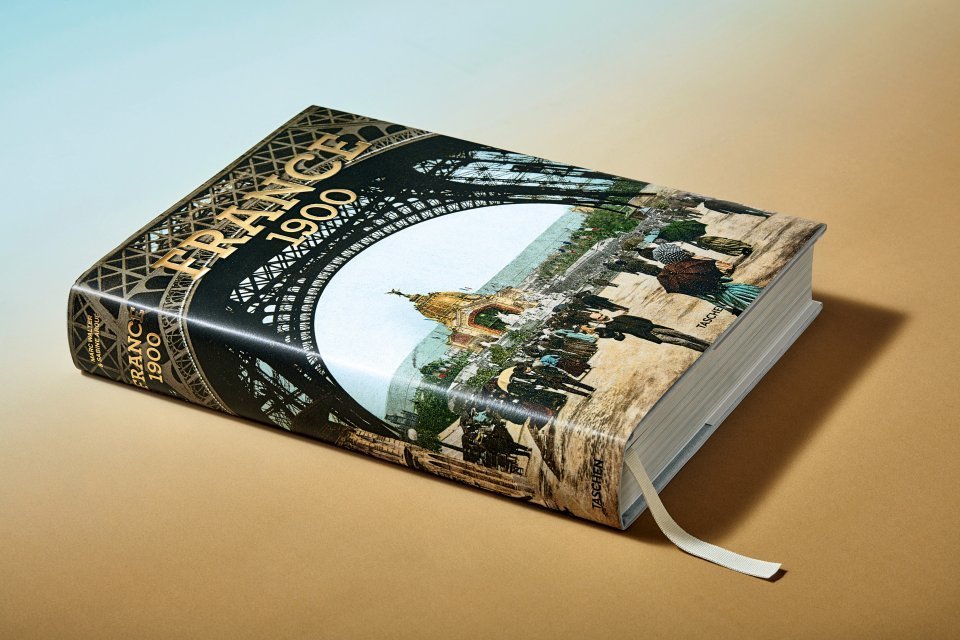 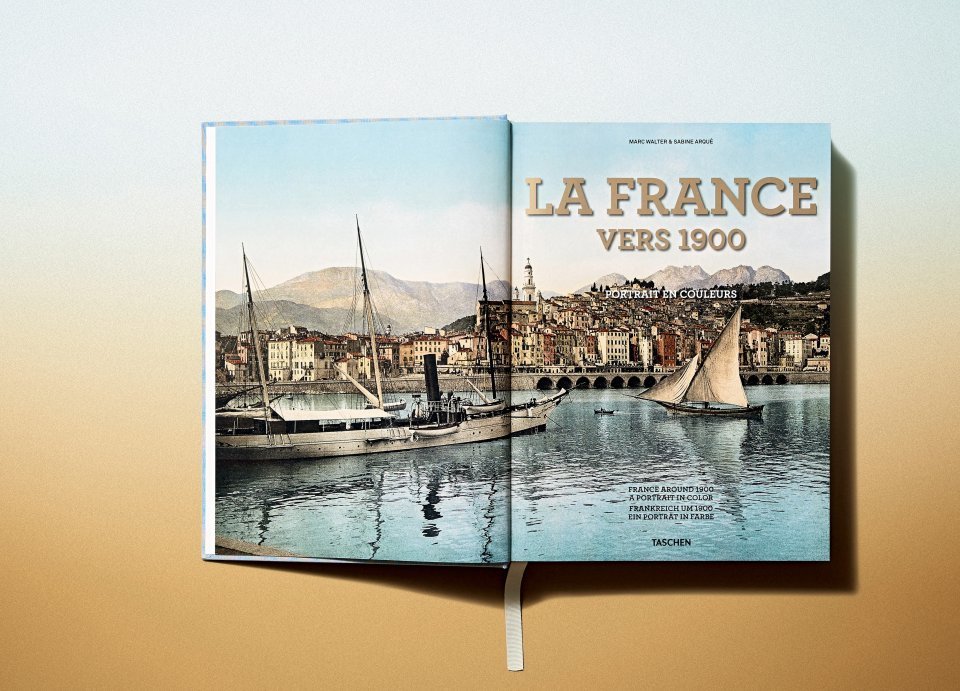 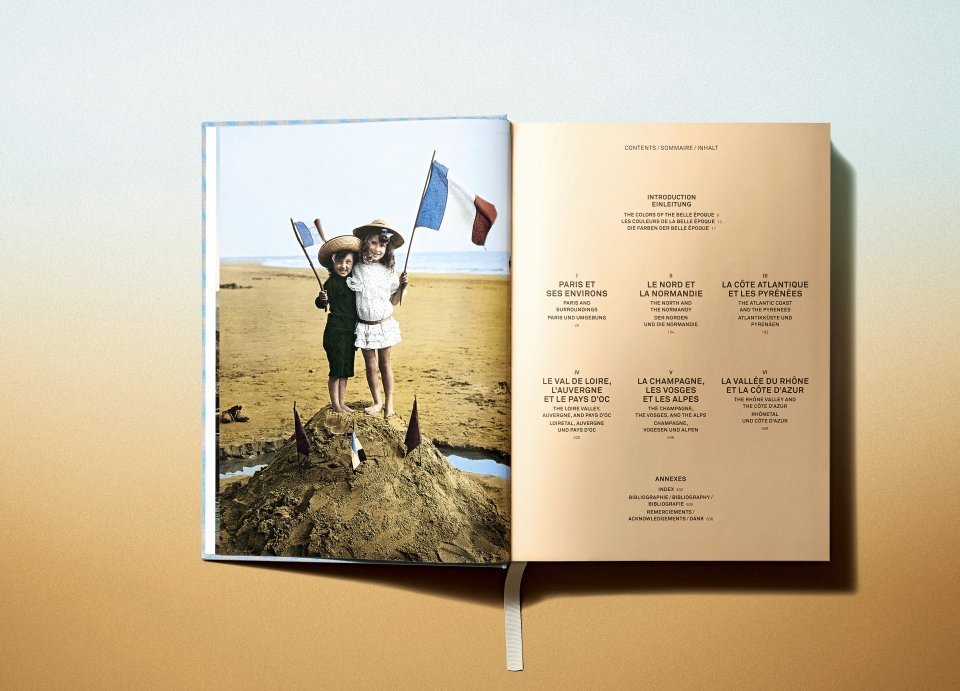 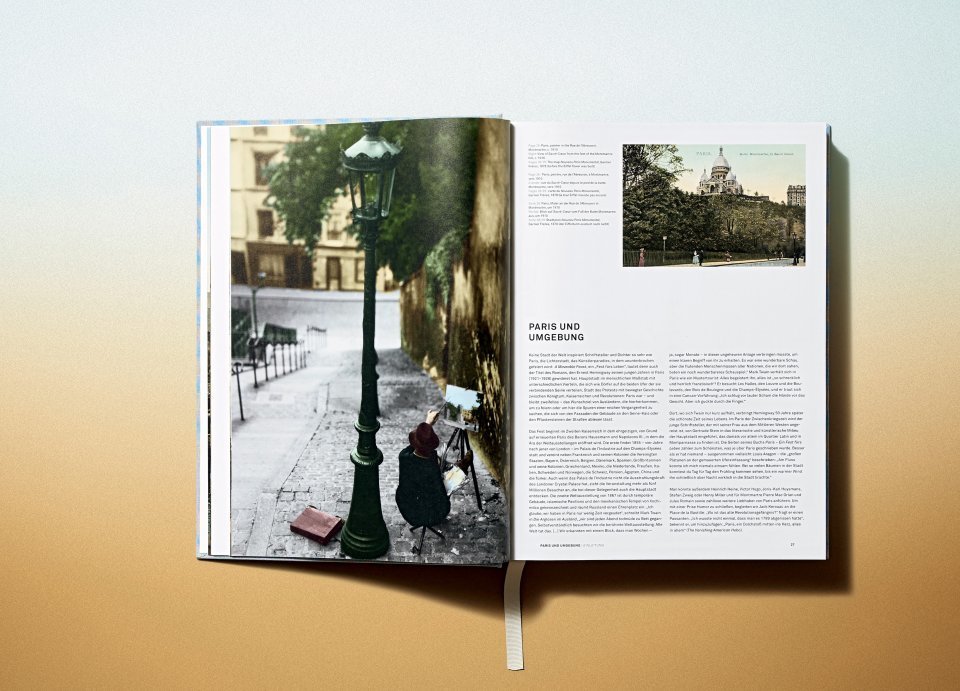 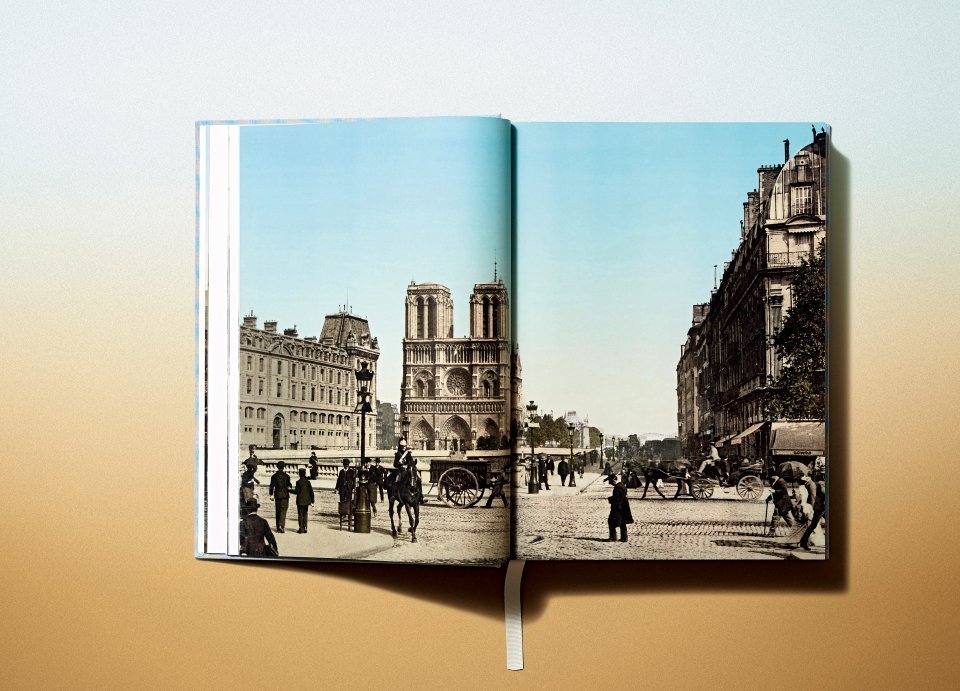 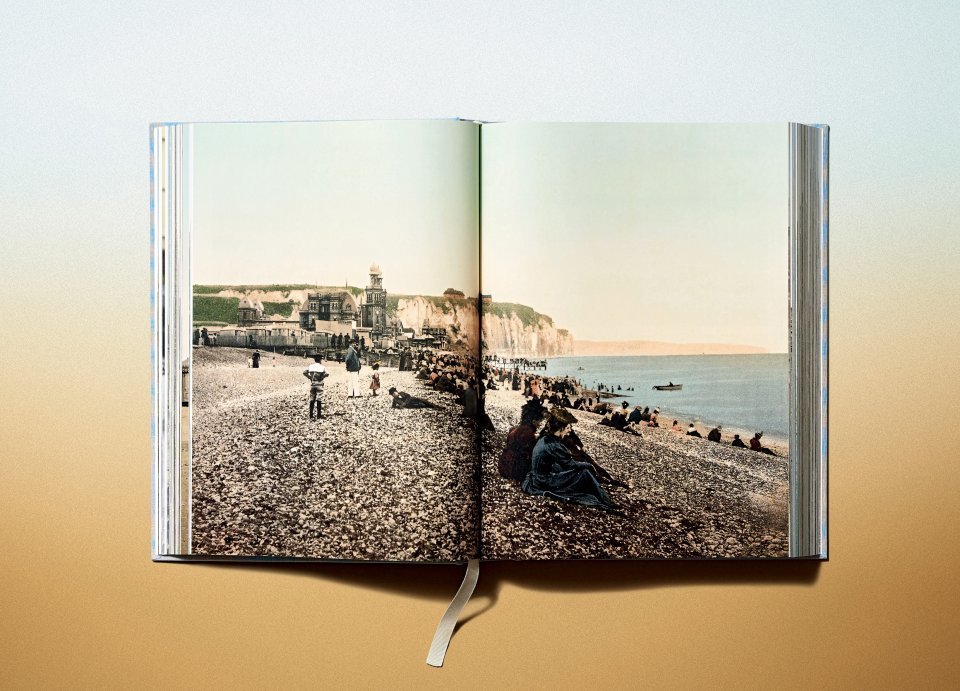 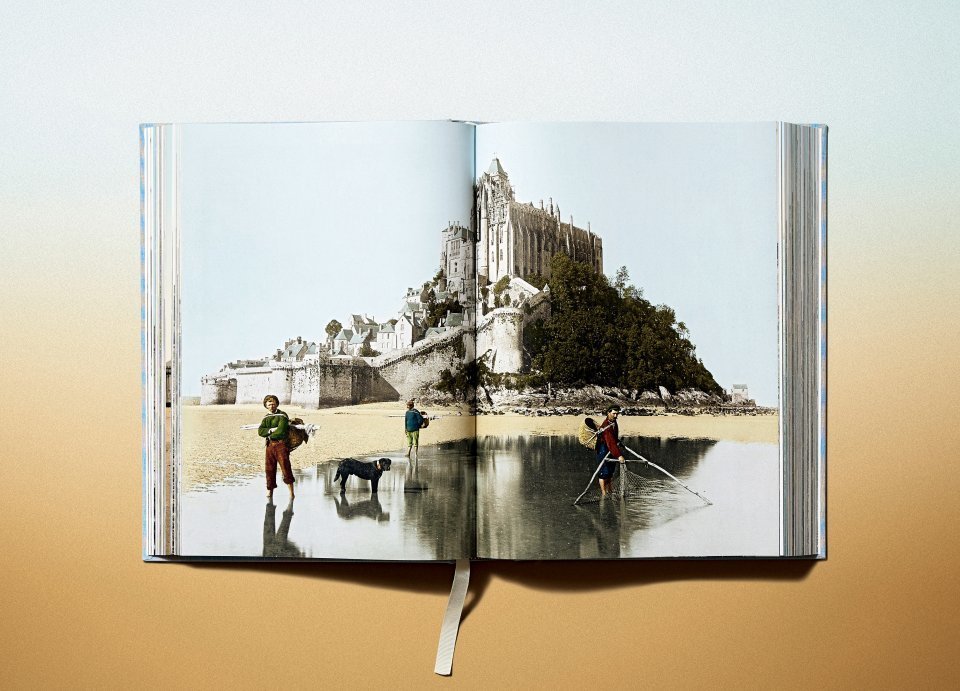 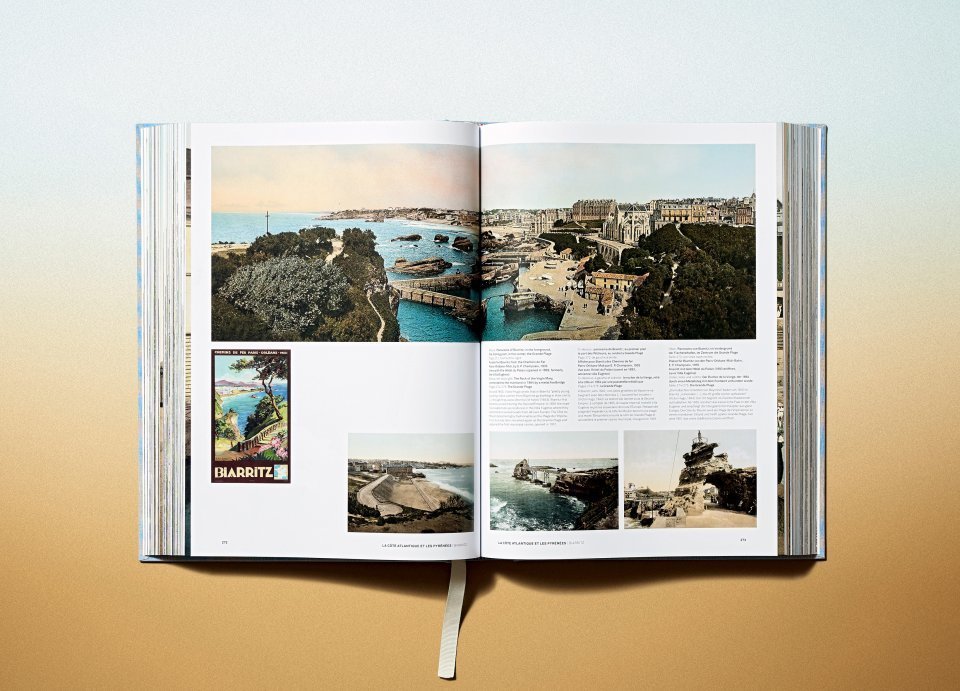 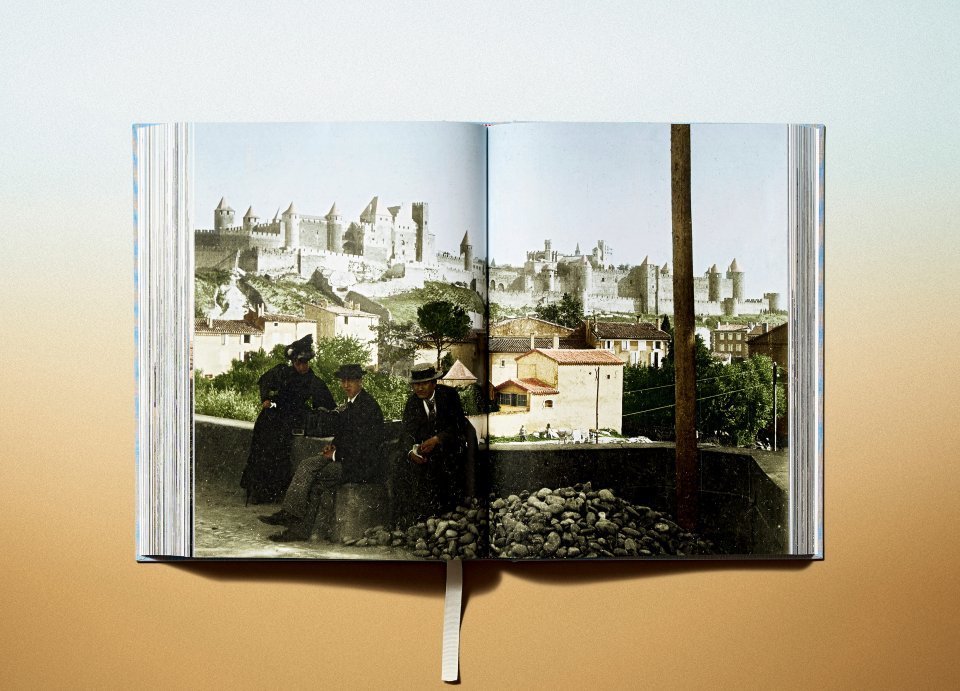 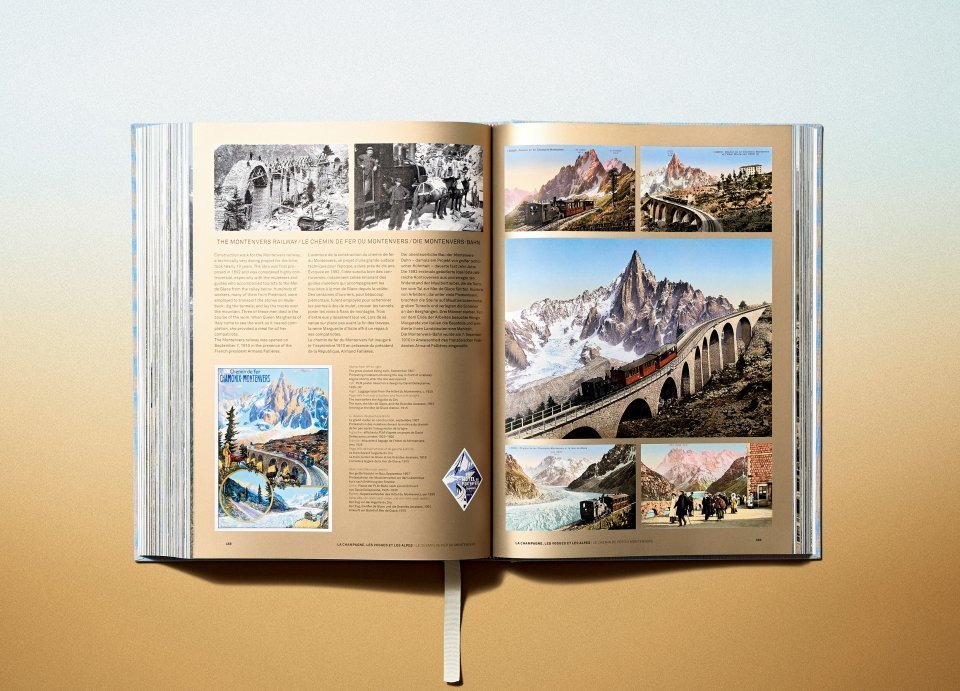 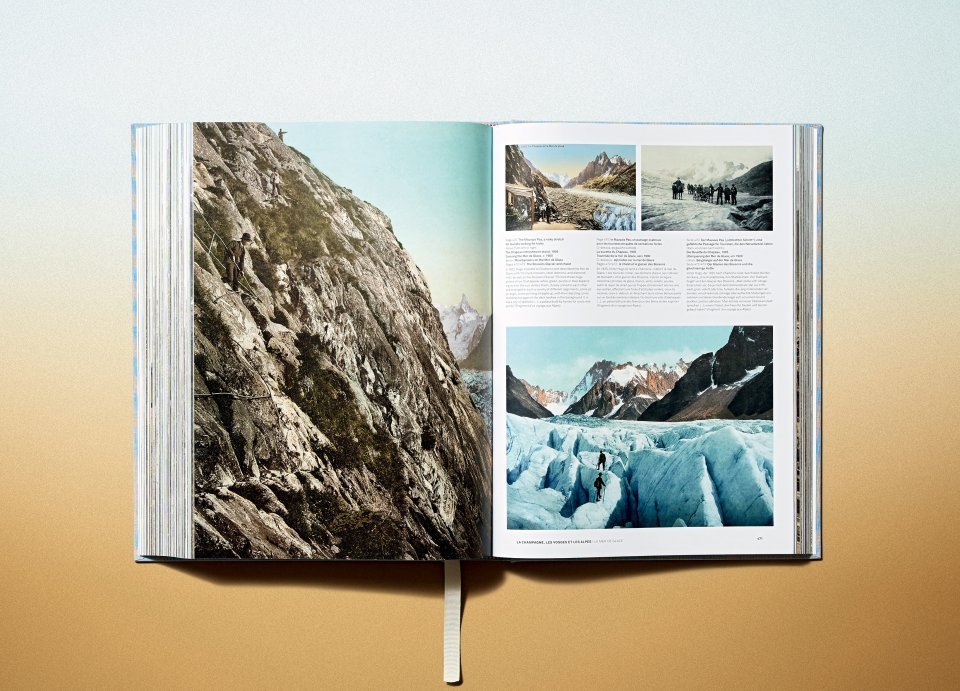 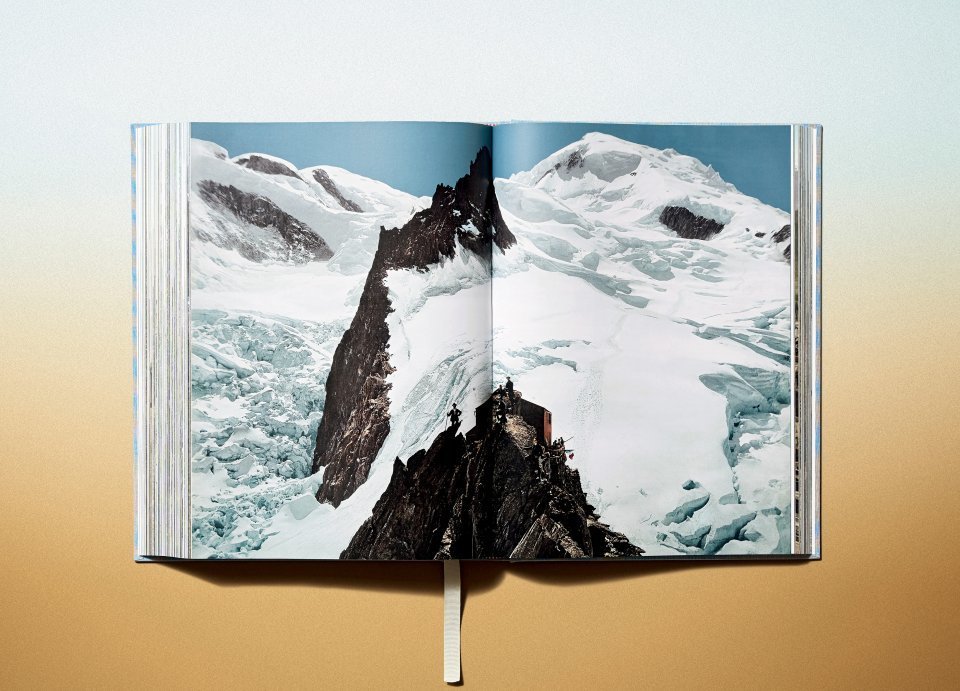 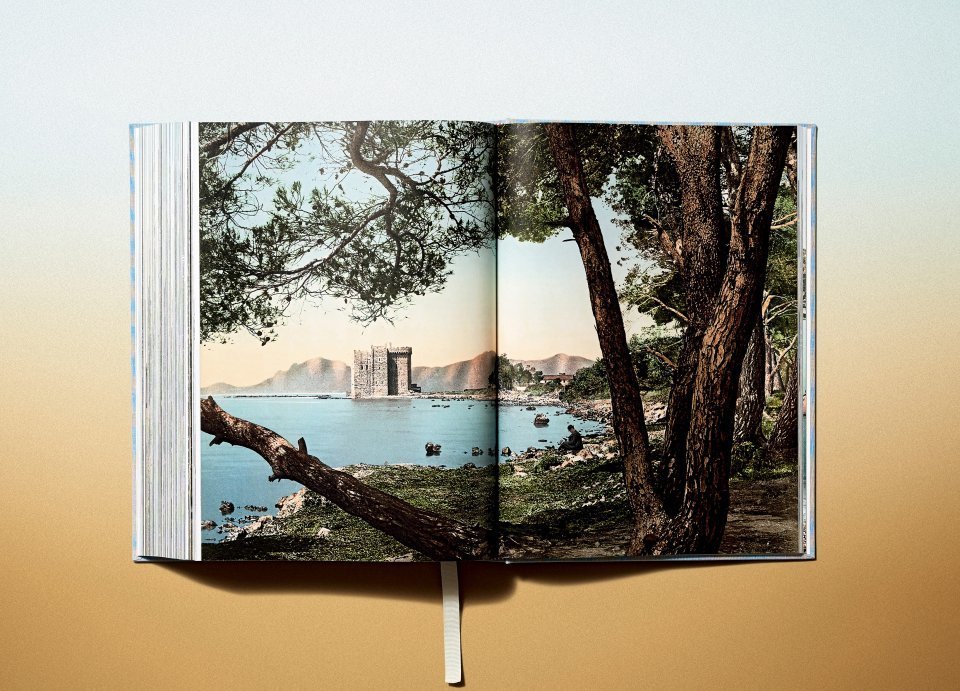 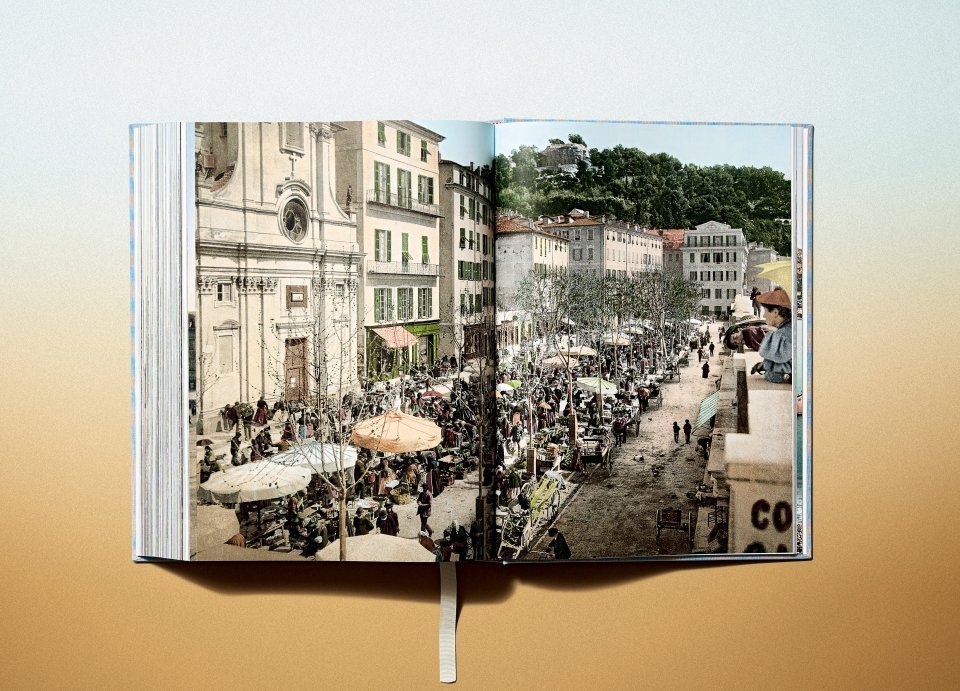 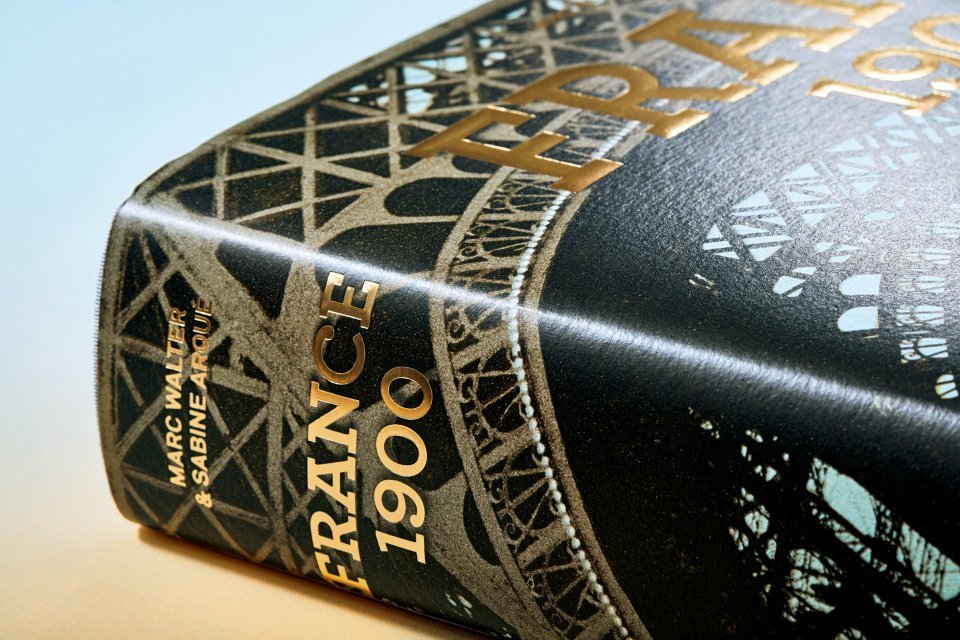 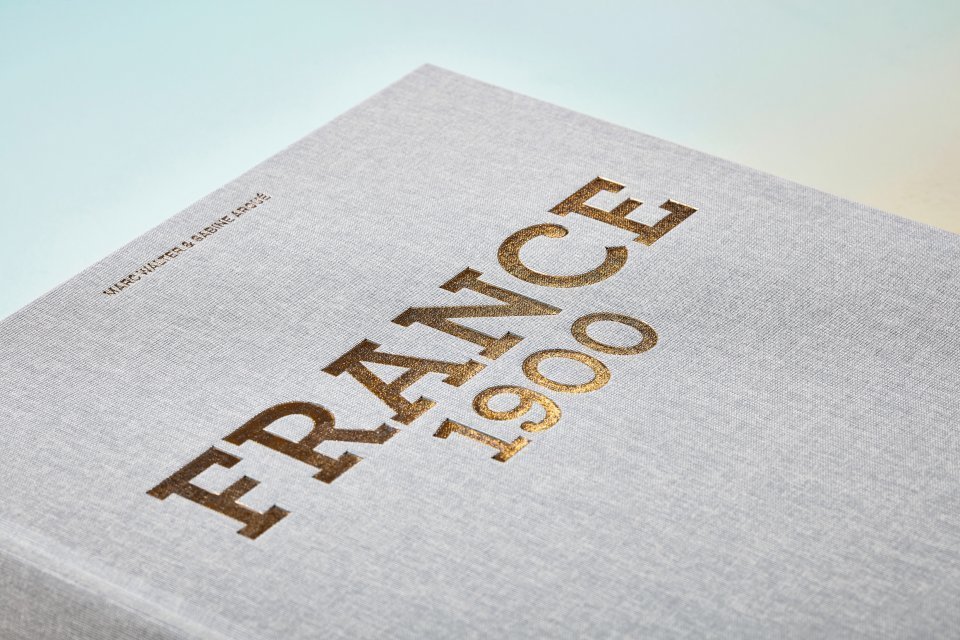 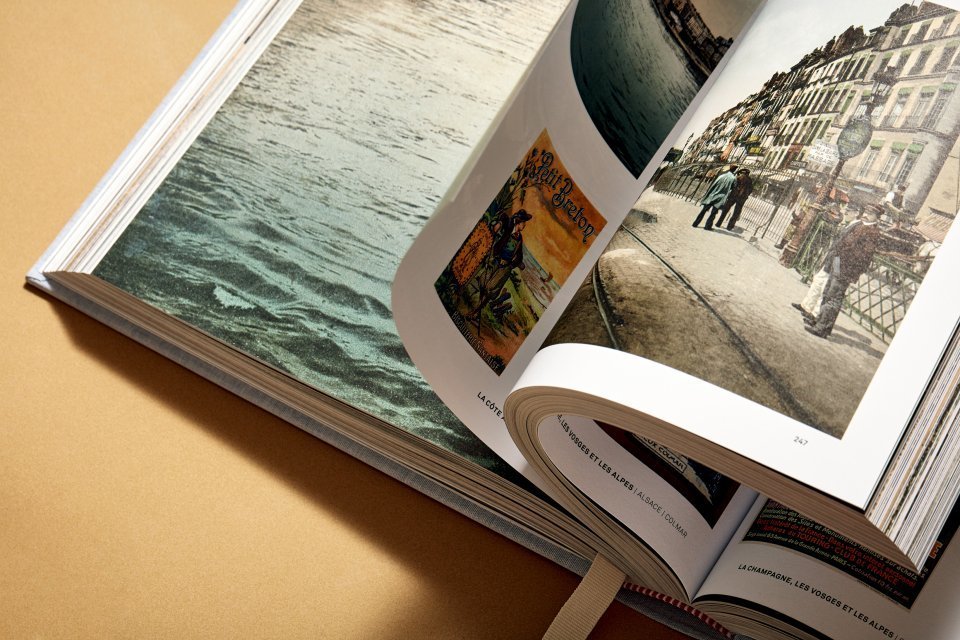 “A powerful portrait of the Belle Époque.”

“…more than a century later, these images remain as mesmerizing as they were when first printed.”

Hardcover, 11.4 x 15.6 in., 14.87 lb, 636 pages
US$ 200
Between the Franco-Prussian War and WWI, France in the 1900s was a gilded moment of peace and prosperity. Critically acclaimed authors Sabine Arqué and Marc Walter curate this XXL collection of some 800 vintage photographs, postcards, posters, and photochromes. From the grand Paris World’s Fair to the honey light of the Côte d’Azur, it’s a glimpse into an era of rose-tinted optimism.
Table of Contents

France at the Turn of the Century

The turn of the 20th century was a golden era in France. It was an age of peace, prosperity, and progress after a series of bruising wars and turmoil within the French Republic, culminating in the Franco-Prussian War, which had ended in 1871. From the ruins of conflict, the Belle Époque brought joie de vivre flourish, a boom in art, design, industry, technology, gastronomy, education, travel, entertainment, and nightlife.

Through some 800 vintage photographs, postcards, posters, and photochromes from the extensive archives of Marc Walter and Photovintagefrance, France around 1900 follows up on TASCHEN’s best-selling vintage photographic collections Italy around 1900, The Grand Tour, Germany around 1900, and An American Odyssey to provide a precious record of France in all its turn-of-the-century glory. With the photochrome technique used in many of the images restoring the past to vivid color, we enjoy a bristling close, bittersweet, encounter with this hopeful age: the brave, stony splendor of the Mont Saint-Michel; the icy peaks of Chamonix; and the honey light of the Côte d’Azur.

With an introduction, six essays, and detailed commentary by Sabine Arqué exploring the stories behind the pictures, this is an unrivalled portrait of a nation on the cusp of the century and of its poignant exuberance before the paroxysm of the First World War. While paying tribute to the precious Belle Époque, crushed by the traumas of history, it also celebrates the unwavering allure of La Belle France, its beauty, culture, traditions, and legendary romance.

Graphic designer, photographer, and collector Marc Walter (1949–2018) specialized in vintage travel photographs, particularly photochromes, of which he held one of the world’s largest collections. He published numerous books featuring images from his collection as well as his own photographs.

Sabine Arqué is a photo researcher, editor, and author. She has collaborated on numerous publications on the themes of travel, the history of tourism, and photography.

Unique book about the forgotten times

It's a beautiful publishing with rare and beautiful photos, in perfect quality.
The collection, editing as well as printing is perfect.

A nostalgic glimpse into the past of a still splendid nation.

TASCHEN never disappoints and this book based on photos from the turn of the 20th century is a treat for anyone who apreciates the beauty of the past.
I'm looking forward to adding more countries to my collection. Please keep them coming!

Great images of France at the beginning of the 20th century - just before WWI. Great print and copy of old vintage photographs, a rare colored glimpse in what was the l'esprit du temps and peace before the great war. This book is huge & heavy: xxl by TASCHEN + hardcover and a beautiful slipcover.

Great large format book with beautiful atmospheric impressions of France around 1900. Beautiful use of color makes you feel completely in that time.

This book makes you wonder. It provides a detailed, complete and unique view of France in (mostly) forgotten times. I see houses that, to this day, keep families warm in the winter. I see kids playing with the same look on their faces as today. I see the pavements of Paris, now worn by billions of souls. I see people like you and me. Some a little lost, others a bit too grounded. But people none the less. The XXL version especially is something magical to dive into on a rainy Sunday afternoon.

It’s always interesting so see that by getting old pictures in color, everything’s feels more «present», it’s less history, it’s closest to our times.
The only drawback of this book is that a lot of parts of France hasn’t seen much changes so it’s not as impressive as «Germany 1900» for instance, where a lot of things in the books looks like lost paradises that have been destroyed by the war. 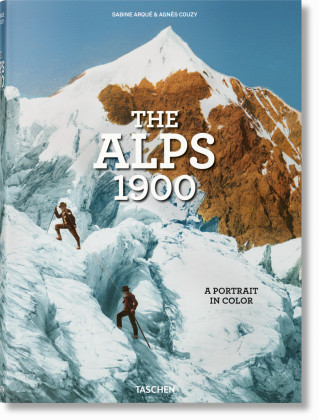 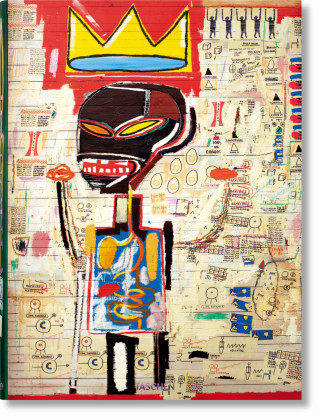 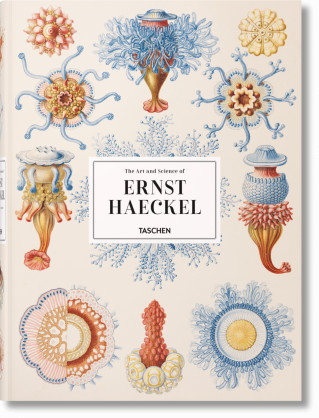 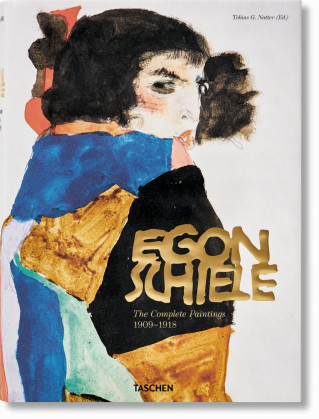