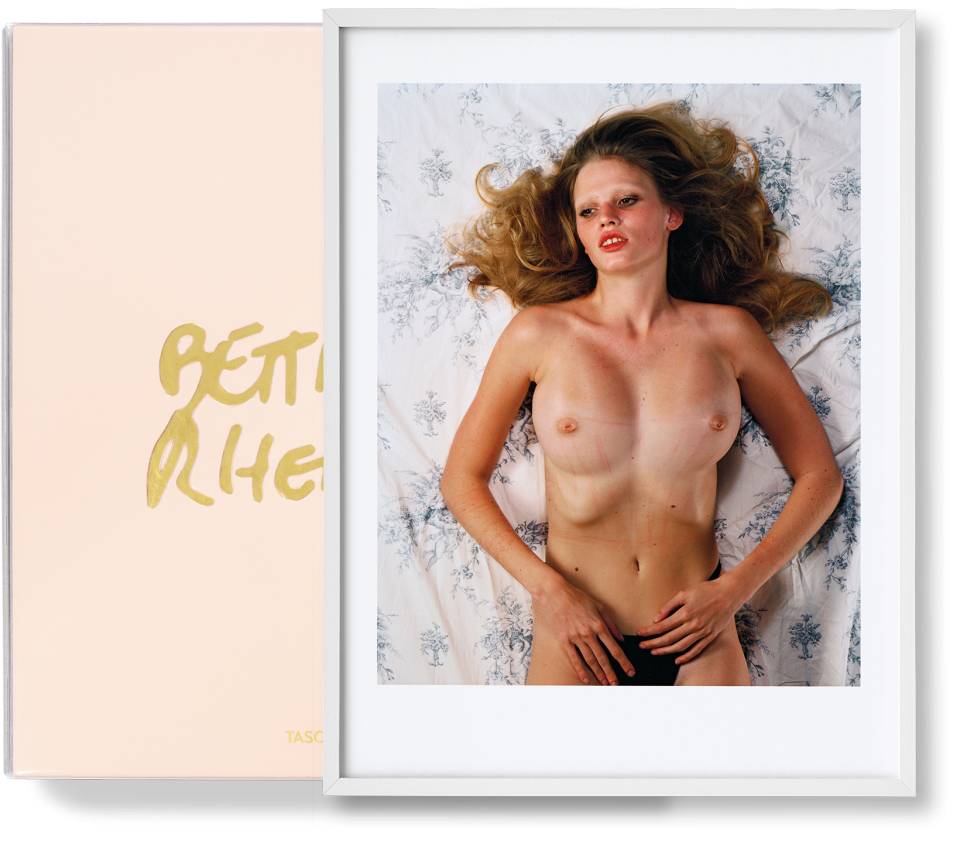 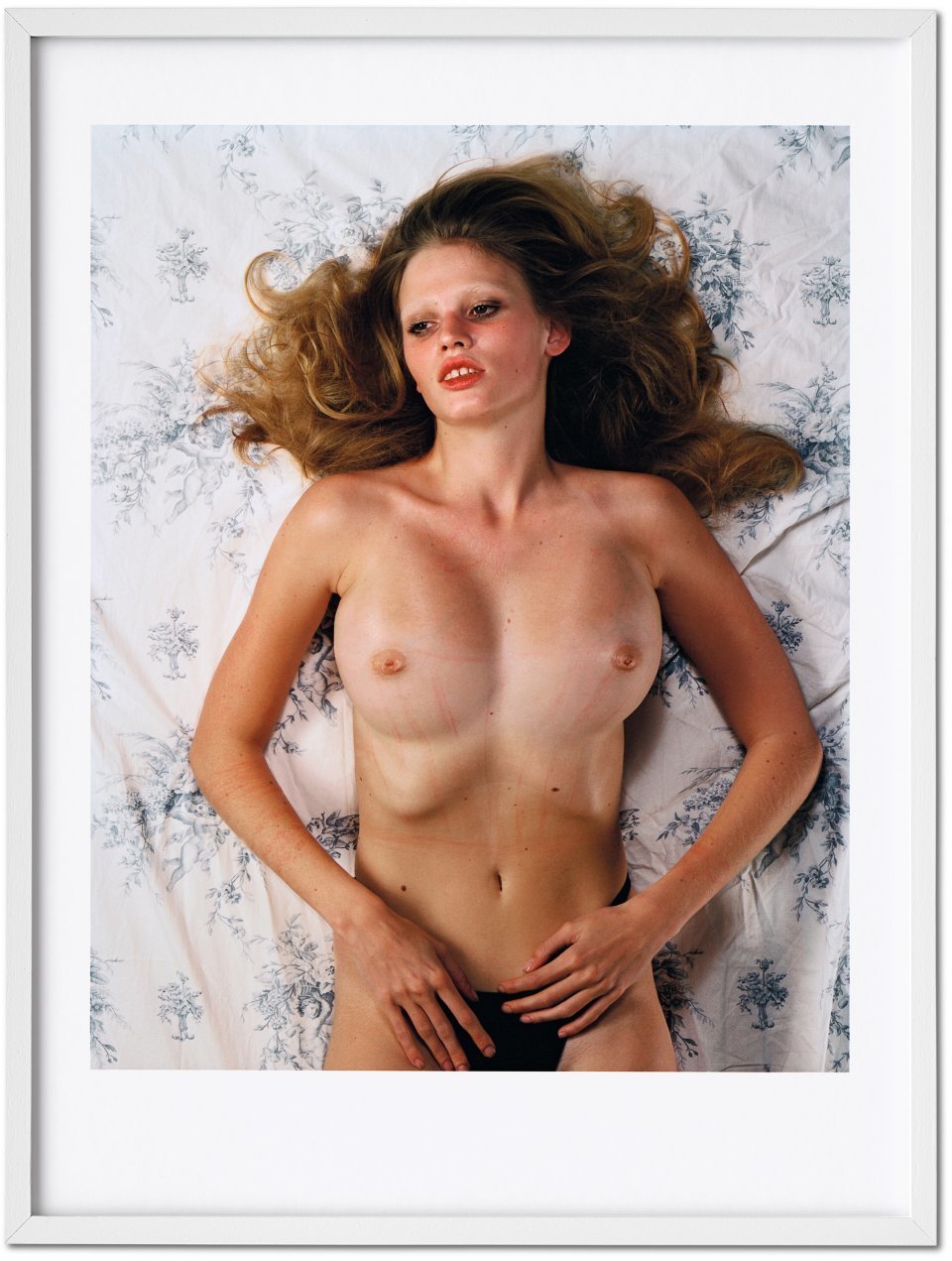 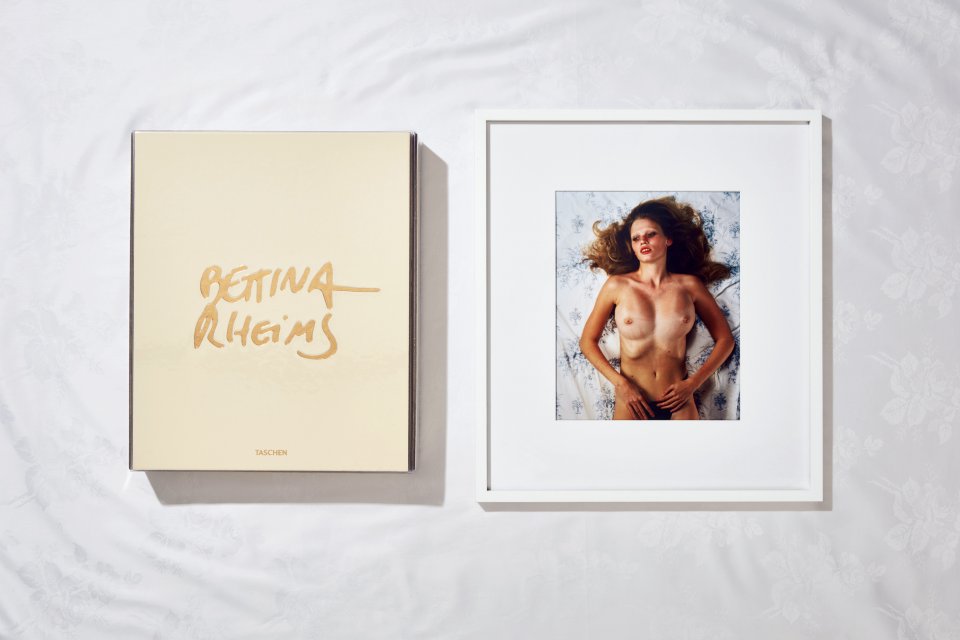 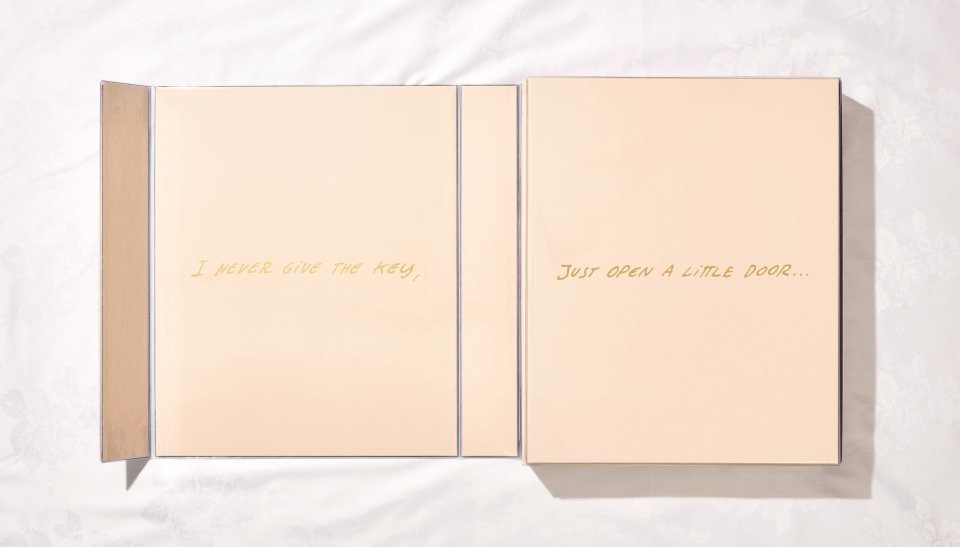 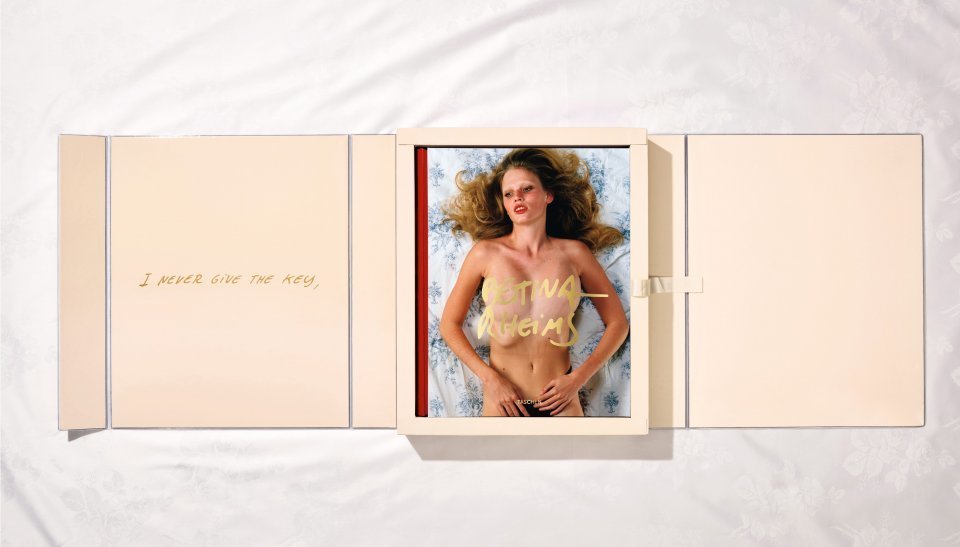 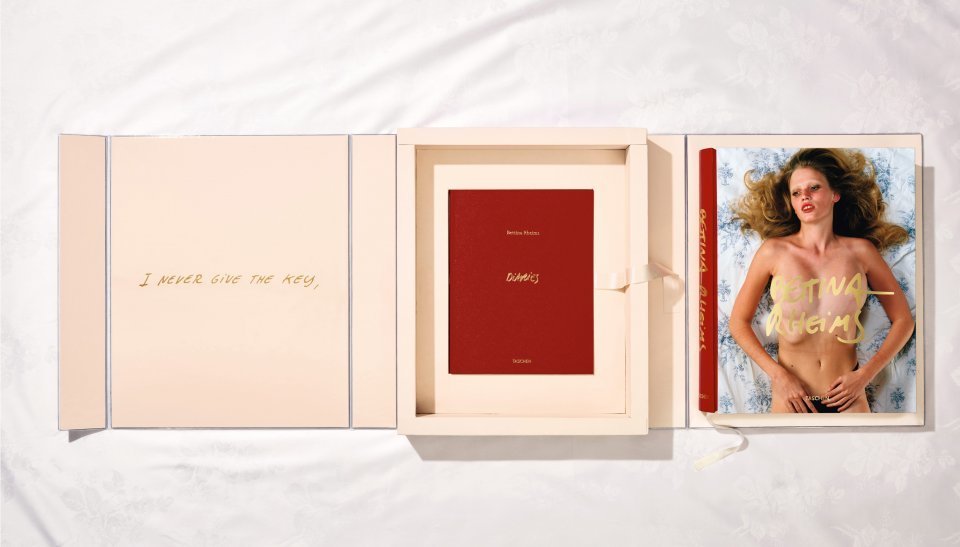 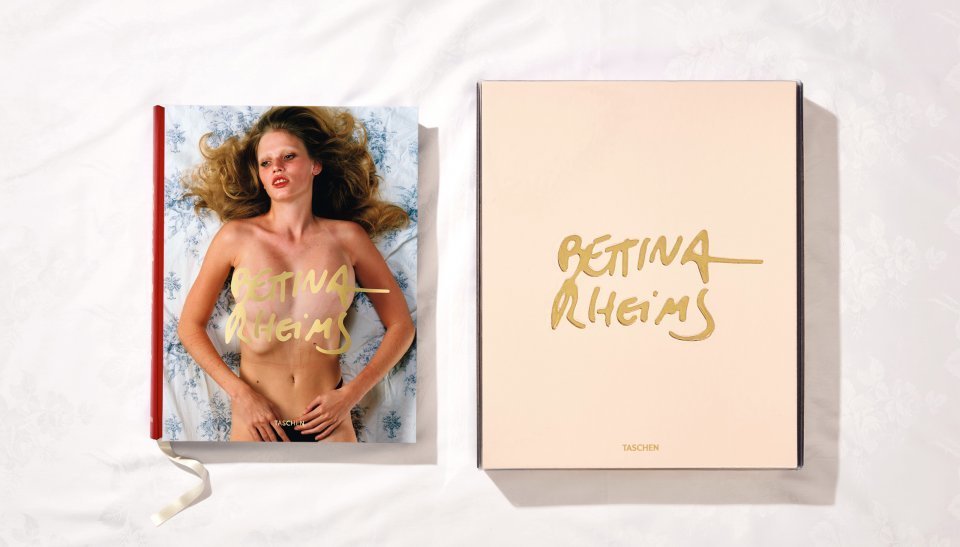 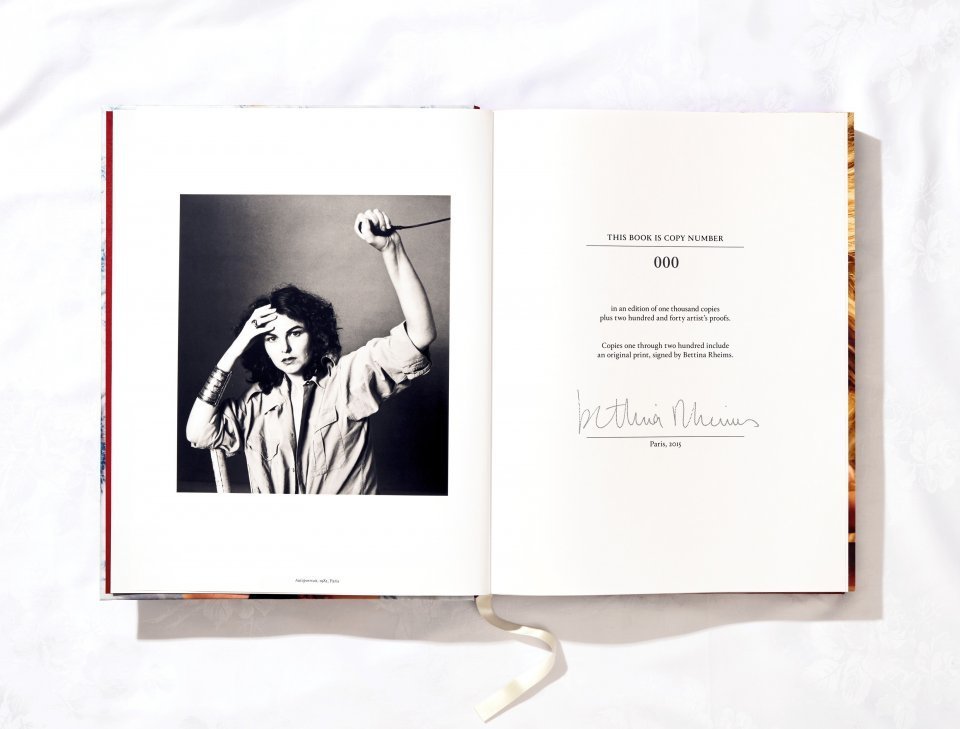 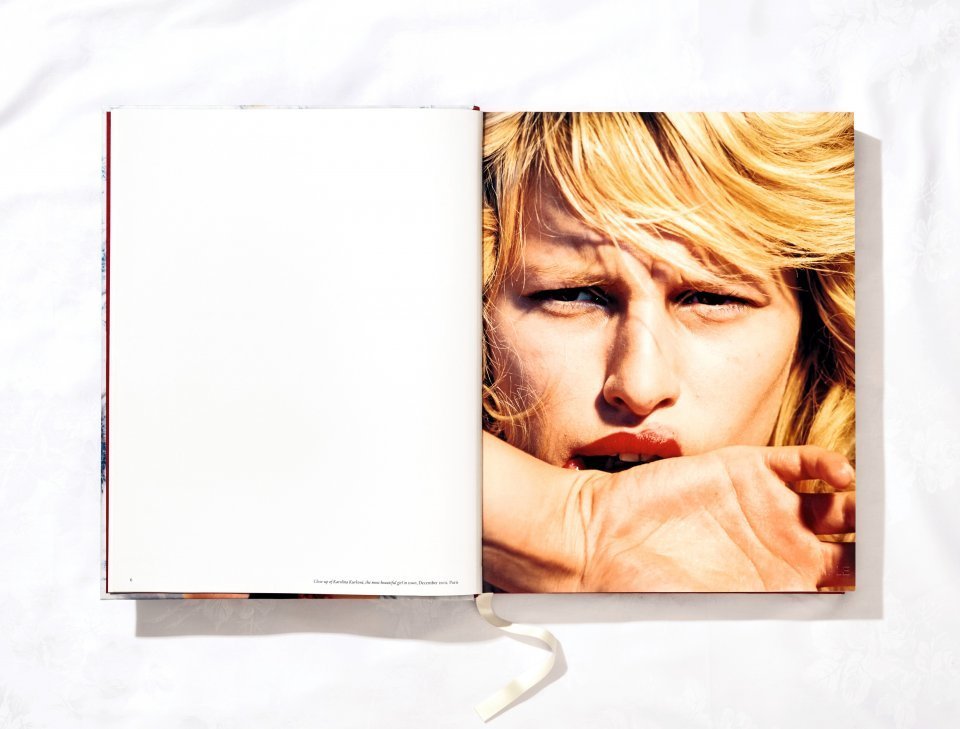 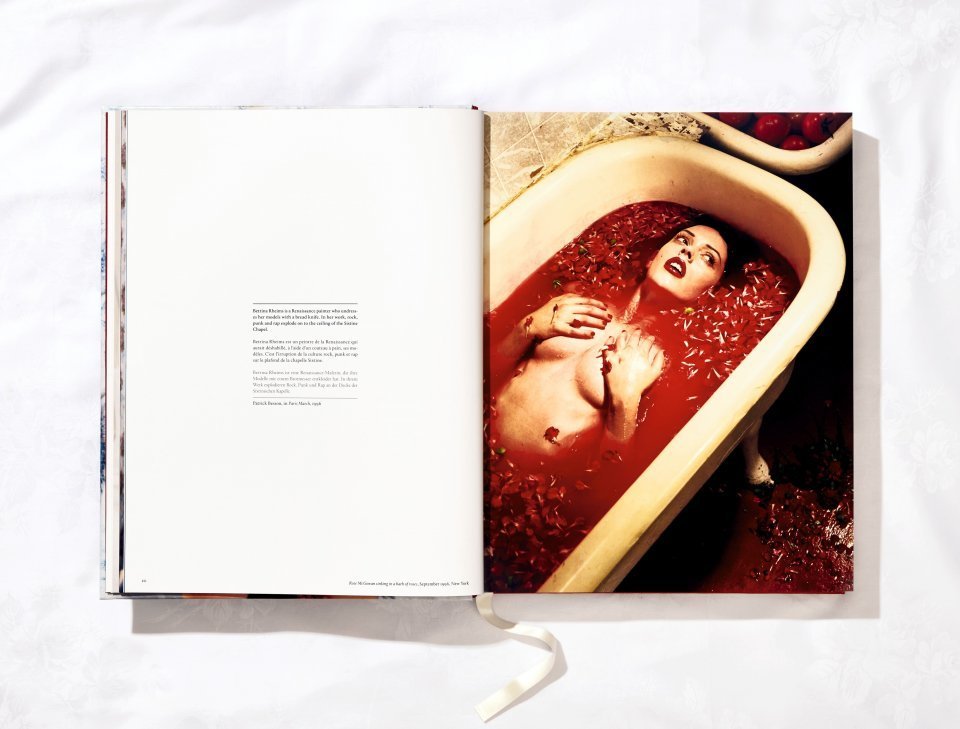 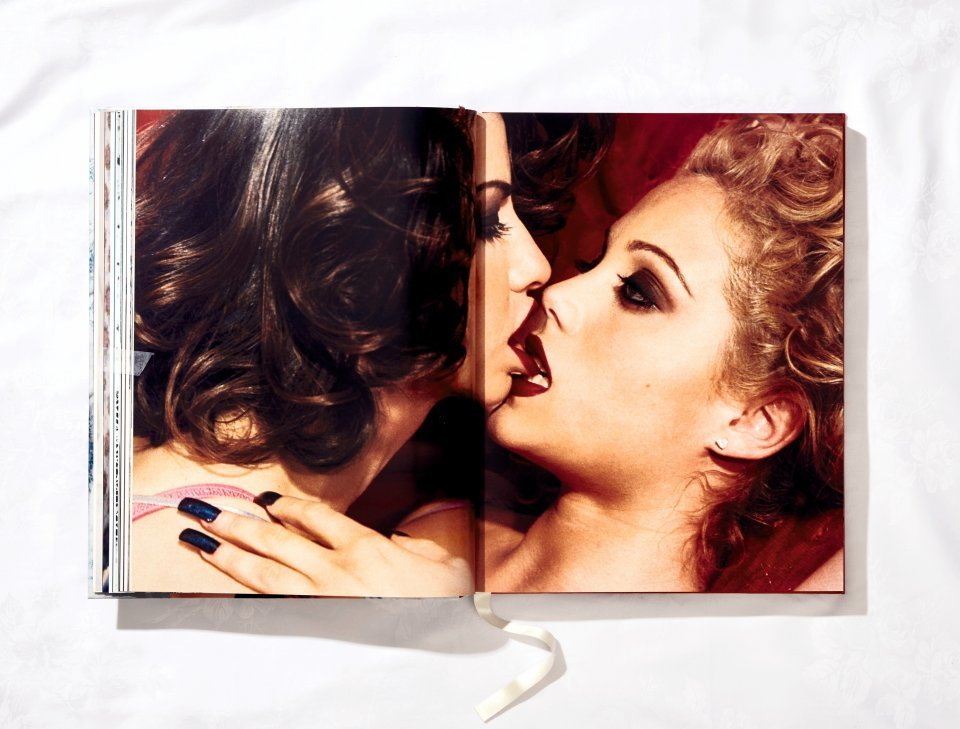 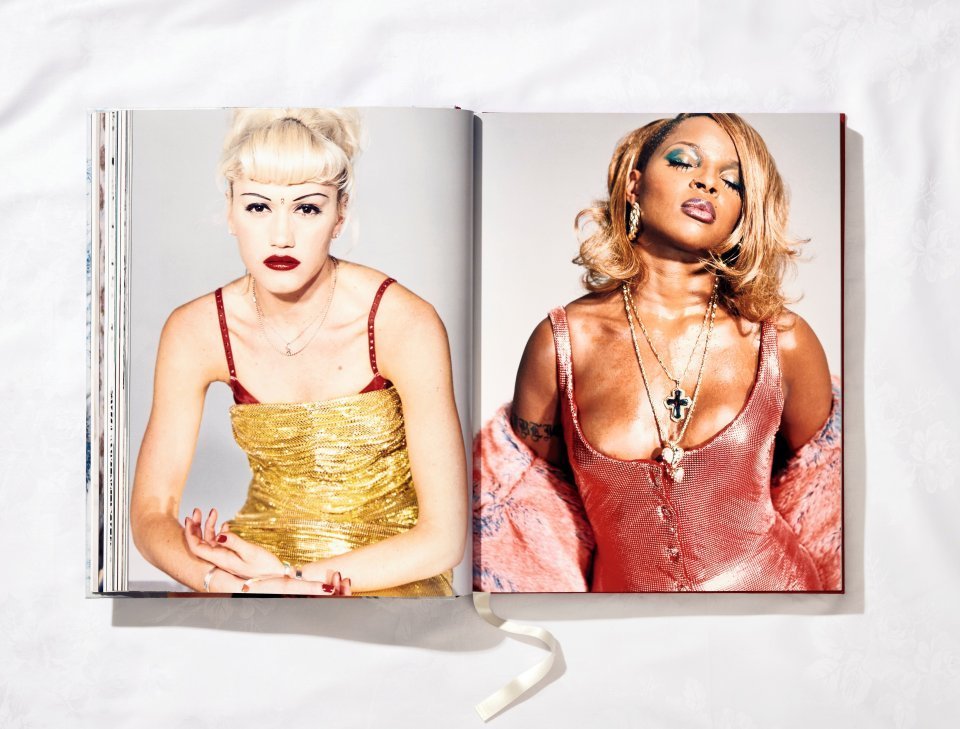 Edition of 100
C-print on Kodak RC Satin paper, paper size: 11.8 x 15.7 in., hardcover volume (454 pages) and companion volume (146 pages) in clamshell box, 12 x 15.3 in.
US$ 2,000
Bettina Rheims assembles a thrilling, kaleidoscopic Art Edition, composed of more than 500 of her favorite images from the past 35 years, and paired with the signed C-print Lara, January 2008, Paris. A companion volume assembles press cuttings, behind-the-scenes material, and personal memories to trace her illustrious career.

Since her first photographs in the late ’70s, Bettina Rheims has defied the predictable. From her series on Pigalle strippers (1980) to her cycle on the life of Jesus in I.N.R.I. (1998), from Chanel commercials to Gender Studies (2011), her work has shaken up traditional iconography and pushed restlessly at the breaking point between two great human preoccupations: beauty and imperfection.

This limited Art Edition pairs the pigment print Lara, January 2008 with a volume of more than 500 photographs from 35 years of daring, often defiant, photography. Personally selected and assembled by Rheims, the collection juxtaposes renowned series such as Chambre Close with many previously unpublished archival pictures. A companion volume assembles press cuttings, behind-the-scenes material, and personal memories to trace her illustrious career.

Spanning commercial work and artistic series, the retrospective impresses with each turn of the page, as much for the vigor of each image as for the thrilling variety of Rheims’s subjects and aesthetics. With equal attention to anonymous subjects cast in the street as to such global beauty stars as Kate Moss, Madonna, Monica Bellucci, Claudia Schiffer, and Naomi Campbell, the book showcases Rheims’s particular interest in female fragility and strength, and of the magic encounter between model and the artist which disrupts codes of so-called eroticism to build up a new image system for womanhood.

Limited Art Edition of 100 signed and numbered copies, each with the print Lara, January 2008, Paris. C-print on Kodak RC Satin paper, signed and dated by photographer Bettina Rheims on the back (No. 1–100).

Bettina Rheims is a French fine art and fashion photographer. She first won acclaim with a dramatic series of portraits of striptease artists and acrobats, gaining a solo exhibition at the Centre Pompidou aged just 29. Subsequent series include Chambre Close (1990–1992); I.N.R.I. (1998), picturing scenes from the life of Christ; The Book of Olga (2008 for TASCHEN); and Gender Studies (2014). She has worked on advertising campaigns for major brands including Chanel and Lancôme, and taken portraits of such famous individuals as Charlotte Rampling, Marianne Faithfull, Claudia Schiffer, Catherine Deneuve, and Jacques Chirac. Rheims won the Grand Prix de la Photographie de la Ville de Paris in 1994 and the Chevalier de la Légion d’Honneur in 2002. 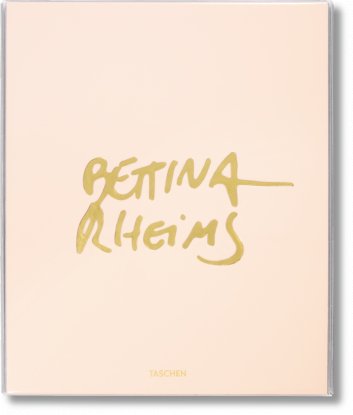 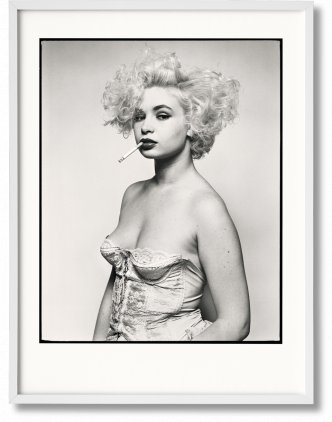 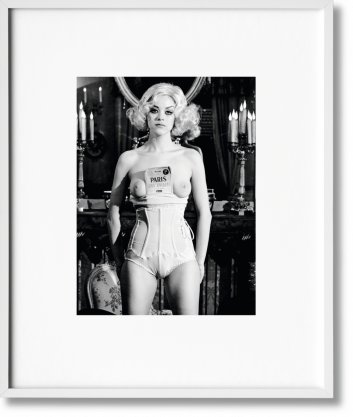 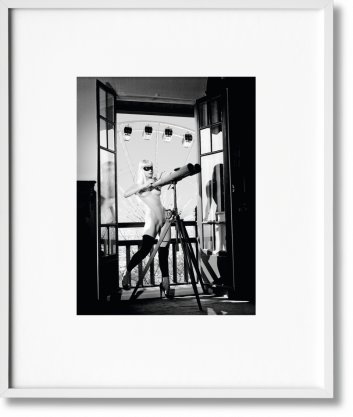 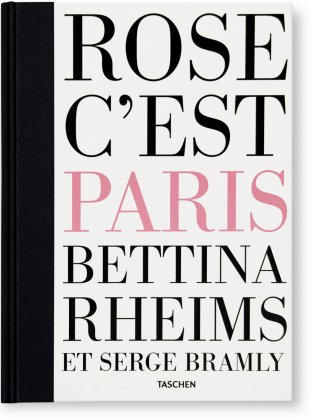 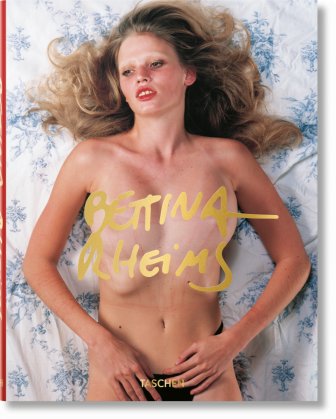