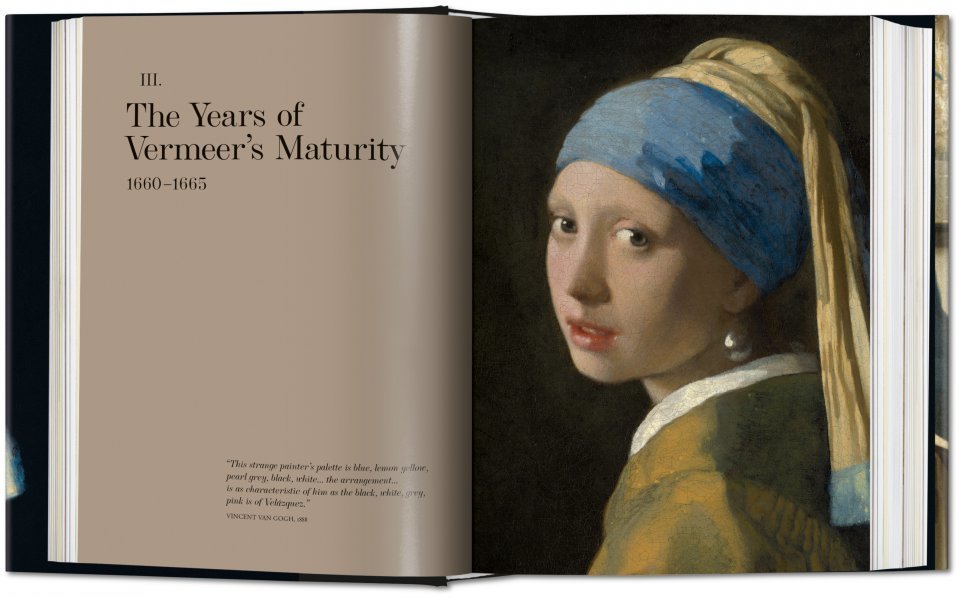 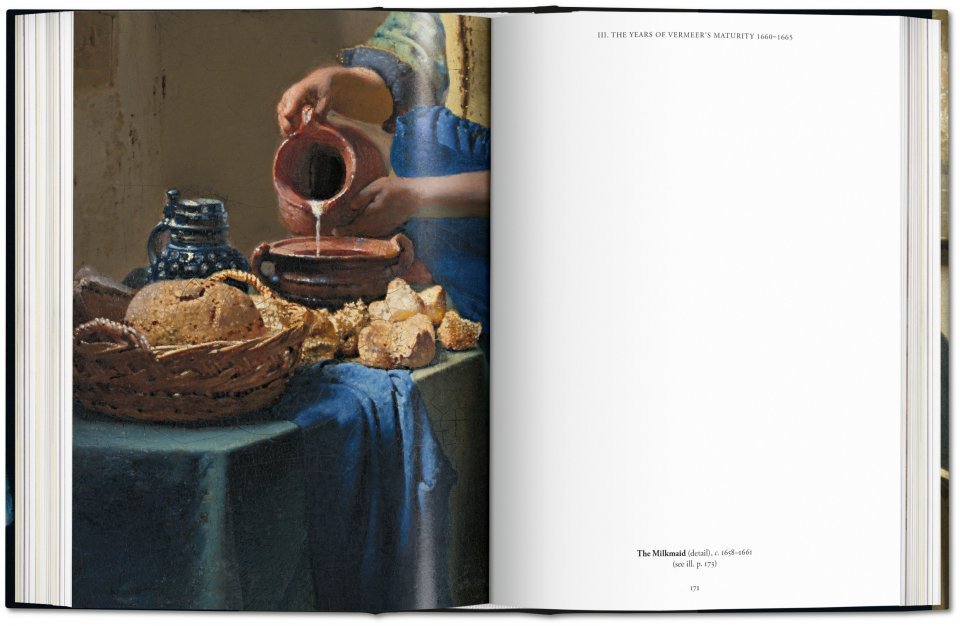 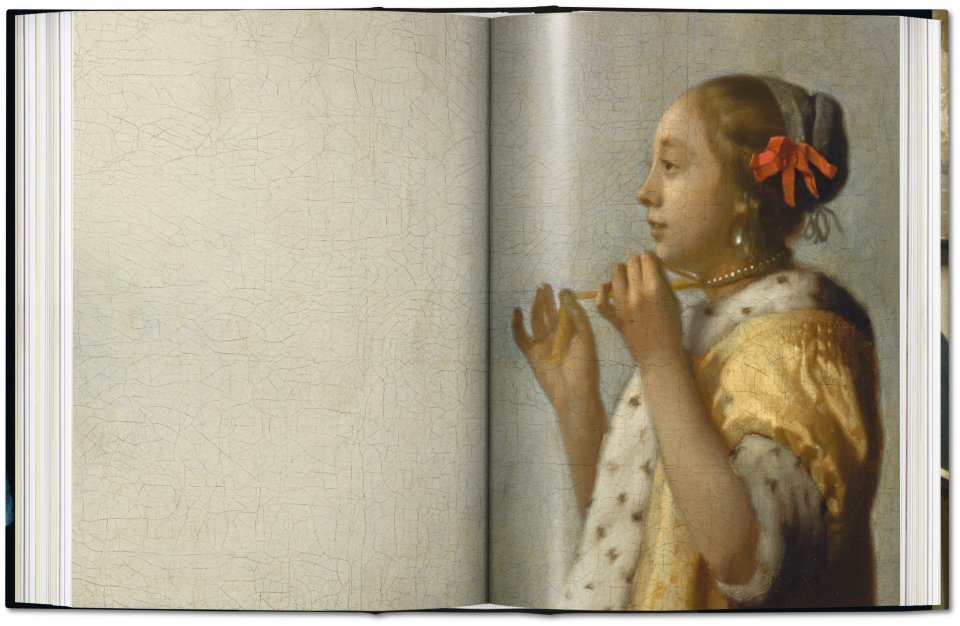 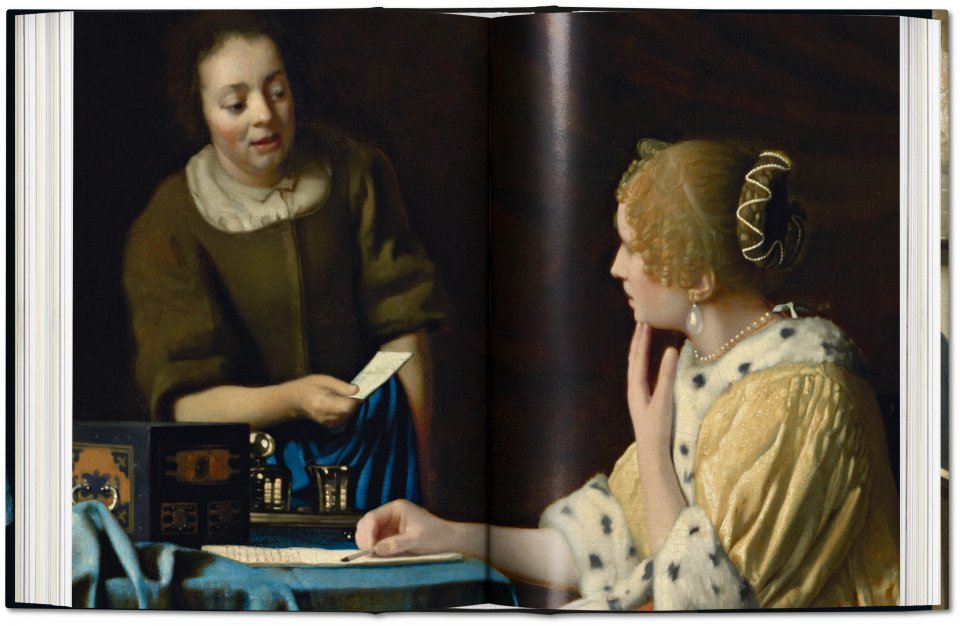 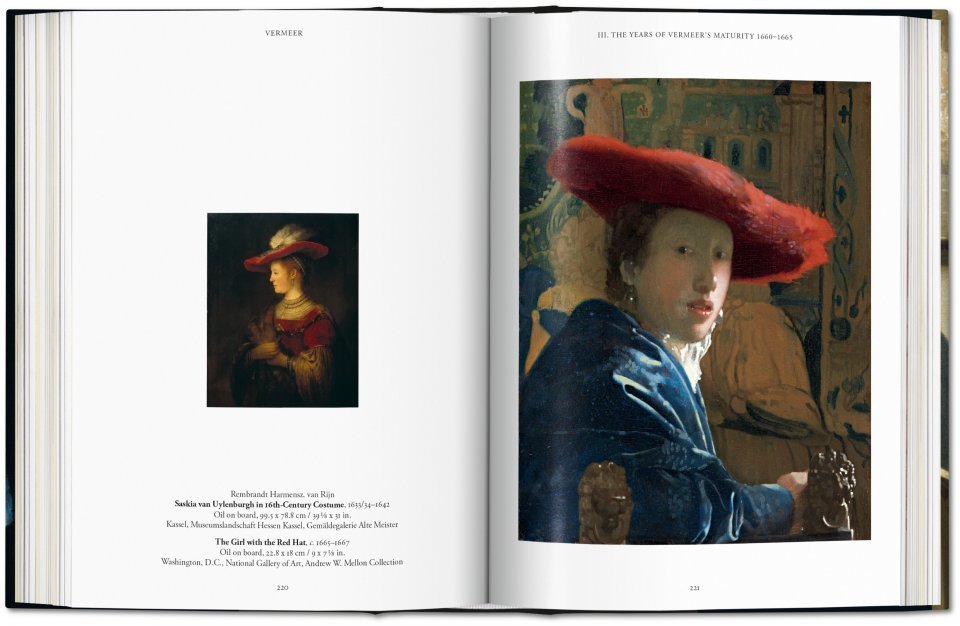 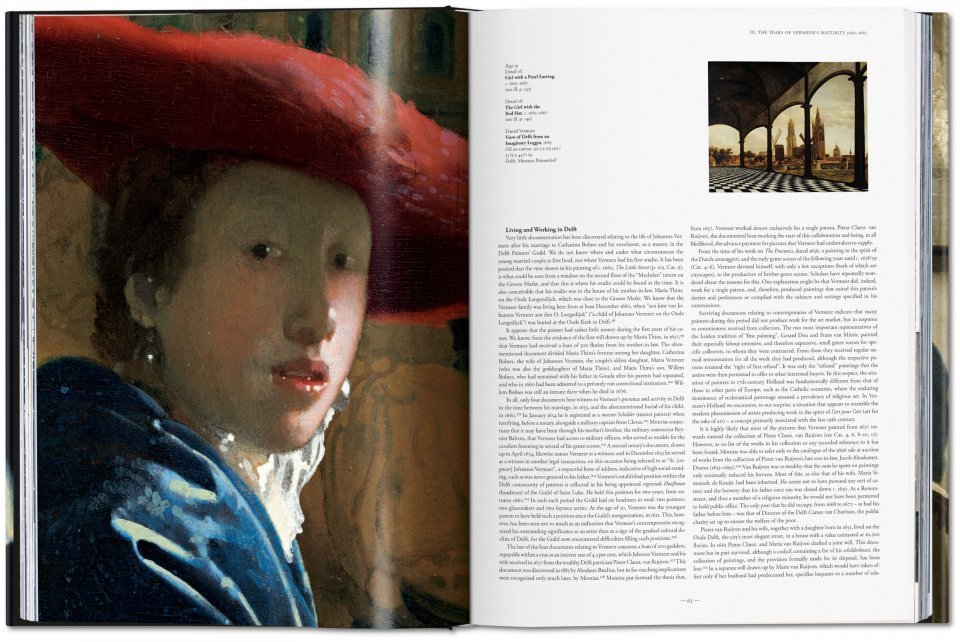 Hardcover, 6.1 x 8.5 in., 2.66 lb, 434 pages
US$ 25
Discover one of the most admired artists in history: Johannes Vermeer. Complete with crisp reproductions, details, and insightful essays, this monograph spans his entire repertoire, illuminating the artist’s outstanding ability not only to bear witness to the spirit of the Dutch Golden Age, but also to encapsulate an entire story in just one transient gesture, expression, or look.
Table of Contents

Add all 26 titles of the 40th Ed. series that are still missing from your cart!

Despite numbering at just 35, his works have prompted a New York Times best seller; a film starring Scarlett Johansson and Colin Firth; record visitor numbers at art institutions from Amsterdam to Washington, DC; and special crowd-control measures at the Mauritshuis, The Hague, where thousands flock to catch a glimpse of the enigmatic and enchanting Girl with a Pearl Earring, also known as the “Dutch Mona Lisa”.

In his lifetime, however, the fame of Johannes Vermeer (1632–1675) barely extended beyond his native Delft and a small circle of patrons. After his death, his name was largely forgotten, except by a few Dutch art collectors and dealers. Outside of Holland, his works were even misattributed to other artists. It was not until the mid-19th century that Vermeer came to the attention of the international art world, which suddenly looked upon his narrative minutiae, meticulous textural detail, and majestic planes of light, spotted a genius, and never looked back.

This 40th anniversary edition showcases the complete catalog of Vermeer’s work, presenting the calm yet compelling scenes so treasured in galleries across Europe and the United States into one monograph of utmost reproduction quality. Crisp details and essays tracing Vermeer’s career illuminate his remarkable ability not only to bear witness to the trends and trimmings of the Dutch Golden Age but also to encapsulate an entire story in just one transient gesture, expression, or look.

After completing his studies of art history and archaeology at the University of Vienna, Karl Schütz joined the staff of the Gemäldegalerie of the city’s Kunsthistorisches Museum, serving from 1972 as a curator and from 1990 to 2011 as its director. His particular scholarly interests include Netherlandish and Flemish painting, early-16th-century German painting, courtly portraiture, and the history of the Gemäldegalerie collection.

Karl Schütz
Hardcover, 6.1 x 8.5 in., 2.66 lb, 434 pages
ISBN 978-3-8365-8792-1
Edition: English
TASCHEN is 40! Since we started our work as cultural archaeologists in 1980, TASCHEN has become synonymous with accessible publishing, helping bookworms around the world curate their own library of art, anthropology, and aphrodisia at an unbeatable price. Today we celebrate 40 years of incredible books by staying true to our company credo. The 40 series presents new editions of some of the stars of our program—now more compact, friendly in price, and still realized with the same commitment to impeccable production.

Truly a work of art in its own right

This book was a birthday gift to my husband who is completely captivated by the beauty and history of the paintings of Johannes Vermeer. He loved reading the story of Vermeer's regrettably short life and career. But the most glorious feature of the book is the magnificent reproduction of Vermeer's work in detail on such luscious paper stock. This book is truly a work of art in its own right.

A deep dive into composition and textures!

I really enjoyed this book - the illustrations are clear and the write-ups are excellent. Ironically, very shortly after receiving this book, news broke that researchers discovered a hidden cupid in the painting "Girl Reading a Letter at an Open Window". I would suggest this landmark discovery could be covered in an updated edition to this fine volume.

Taschen does it again with another elegant book! Highly recommended.

Vermeer and the Dutch masters have always been a favourite of mine as a Graphic Artist. This publication is both informative, forensically detailed and as with all TASCHEN publications exquisitely printed. Quality guaranteed!