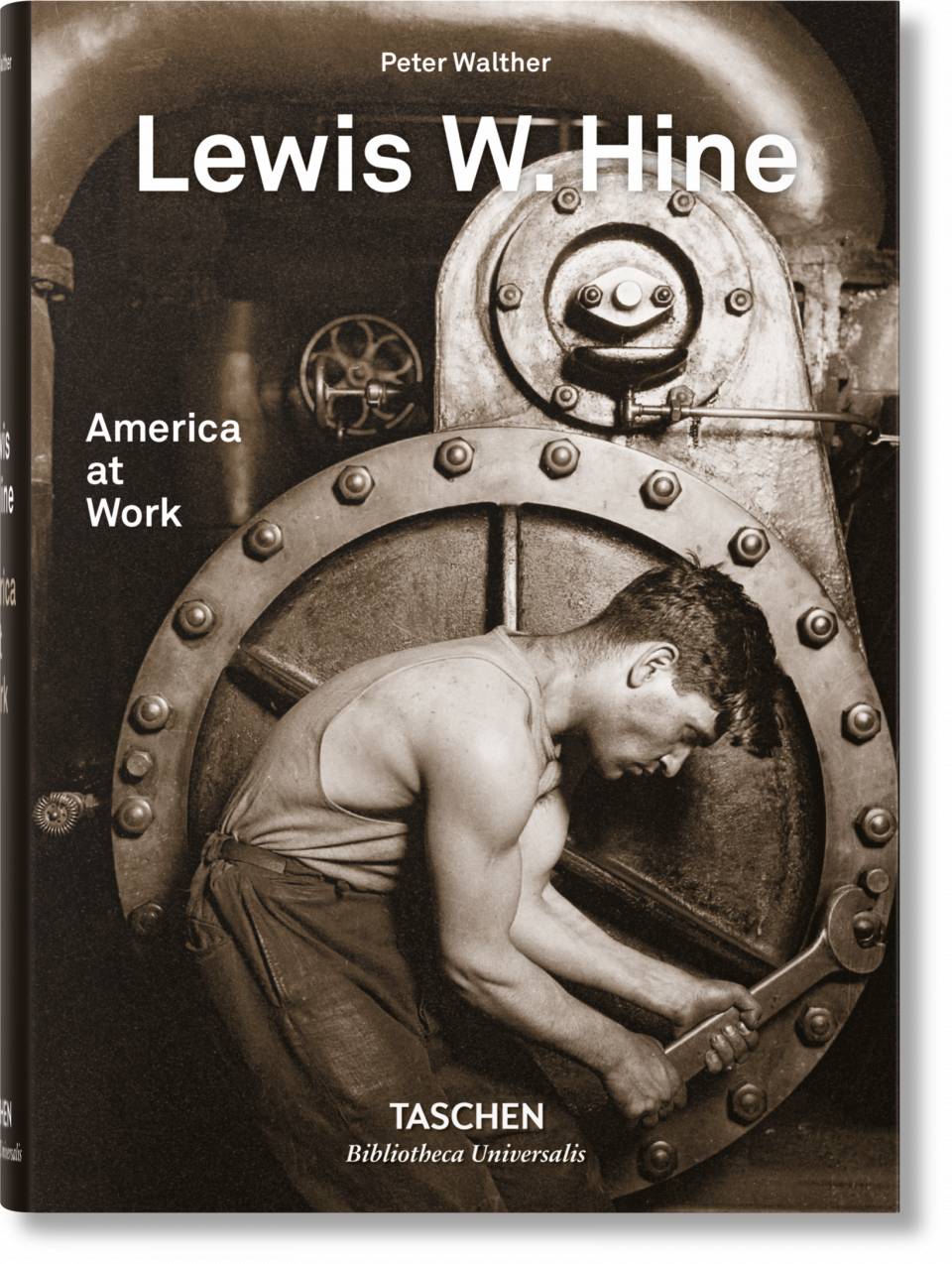 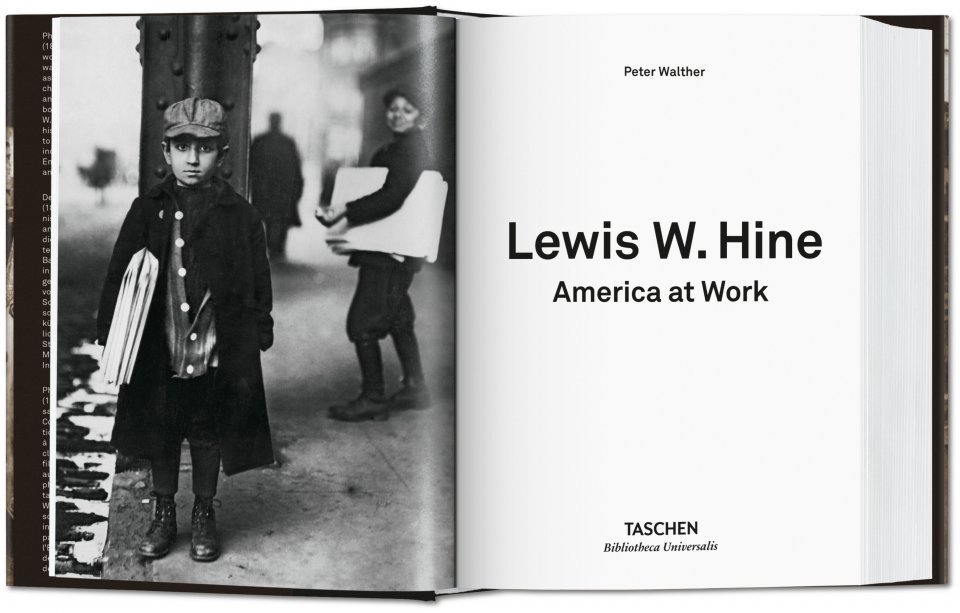 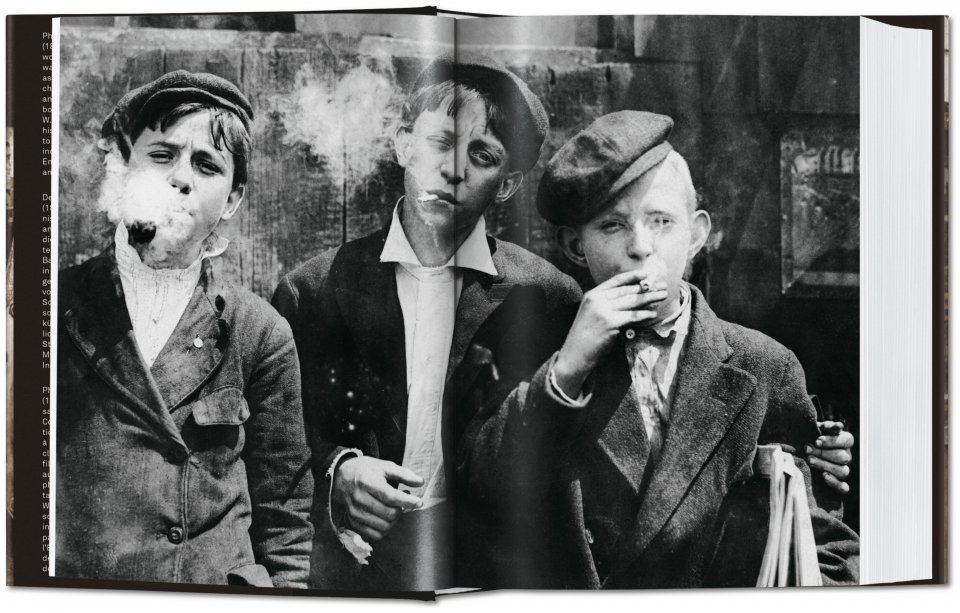 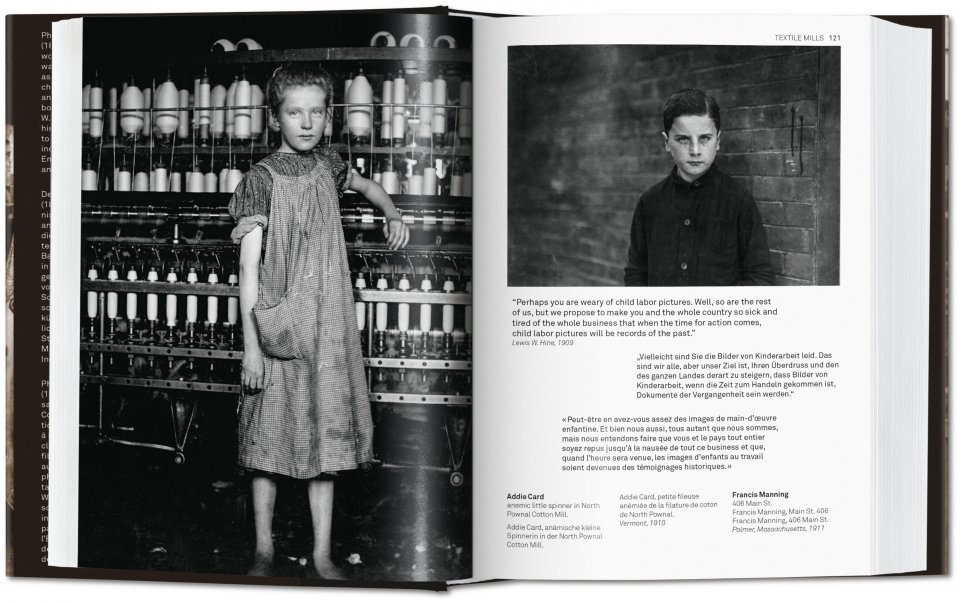 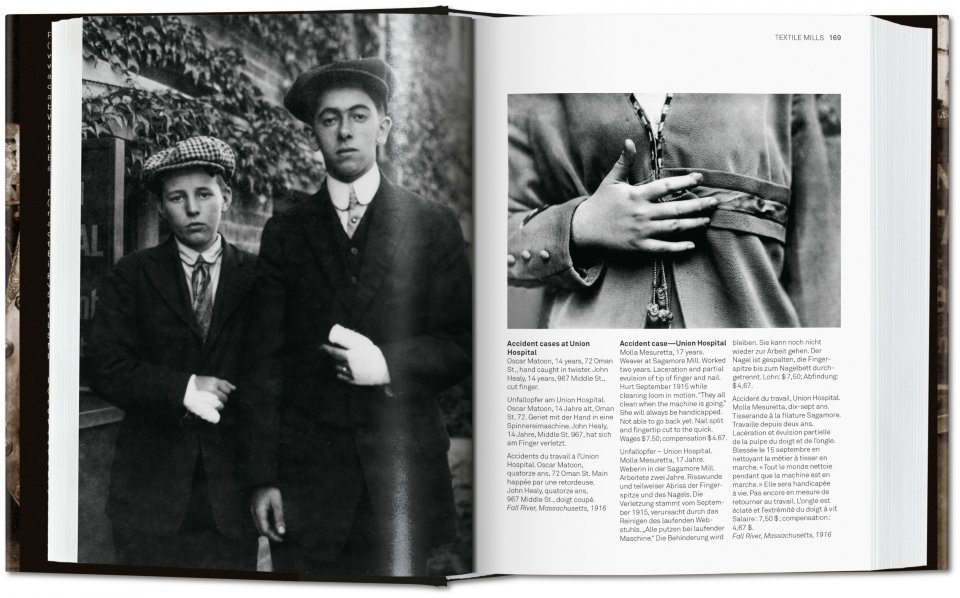 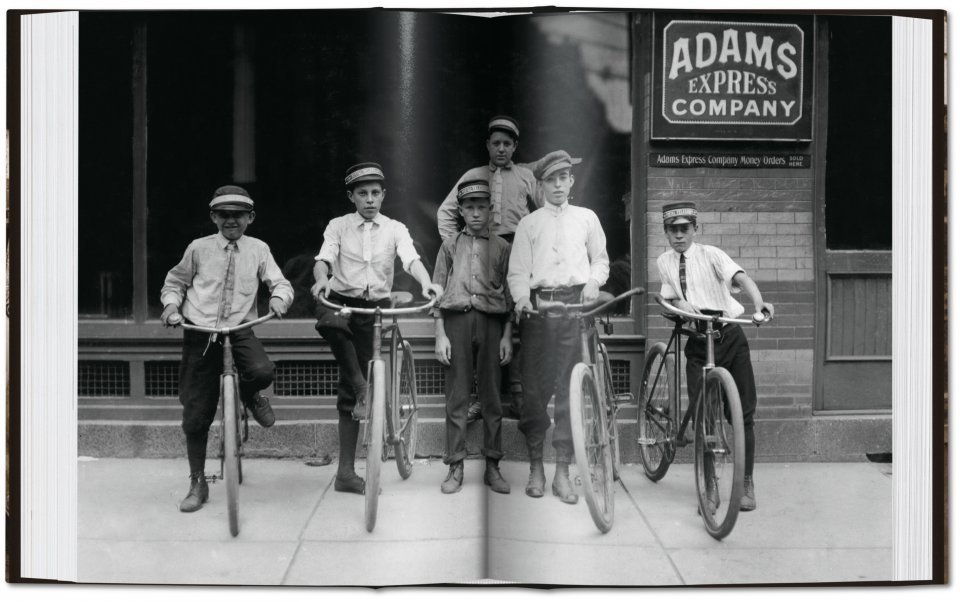 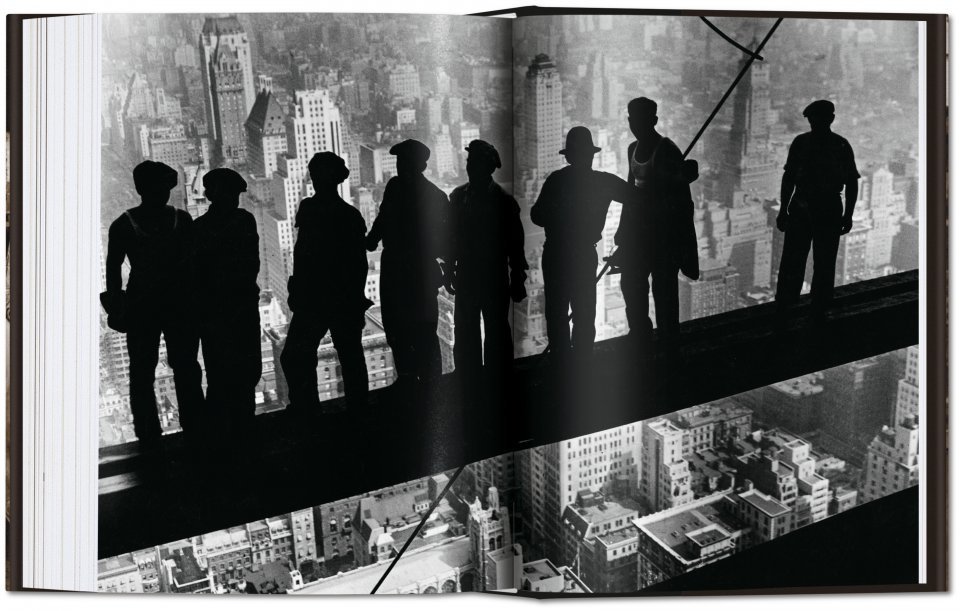 Hardcover, 5.5 x 7.7 in., 2.86 lb, 544 pages
US$ 20
More than 300 photographs by Lewis W. Hine, whose trailblazing documentary images of early 20th-century working conditions helped to transform United States labor laws. This book covers all eras of Hine’s work, including his pictures of child laborers, of new immigrants on Ellis Island, and of the construction of the Empire State Building.
Table of Contents

Photographer, teacher, and sociologist Lewis W. Hine (1874–1940) shaped our consciousness of American working life in the early 20th century like no other. Combining his training as an educator with his humanist concerns, Hine was one of the earliest photographers to use the camera as a documentary tool, capturing in particular labor conditions, housing, and immigrants arriving on Ellis Island. His images, including those of children in cotton mills, factories, coal mines, and fields, became icons of photographic history that helped to transform labor laws in the United States.

This book brings together a representative collection of Lewis W. Hine’s photography from all periods of his work. It spans his earliest forays into social-documentary work through to his more artistic and interpretative late photographs, including his phenomenal images of the construction of the Empire State Building and his symbiotic staging of human and machine as a comment on increasing industrialization. Alongside the near 350 photographs, the book includes an essay by the editor, introducing Hine’s life and pioneering work.

American photographer and sociologist Lewis W. Hine (1874–1940) was trained to be an educator in Chicago and New York before setting up his photography studio in 1912. One of the first to use the camera as a tool for social reform, Hine worked as photographer for the National Child Labor Committee, the Red Cross, and the National Research Project of the Works Progress Administration. His photographs were instrumental in changing child labor laws in the United States.

Social documentary photography of working American in the past.

An excellent appraisal of Lewis W. Hine's work recording the grittier side of work in early 20th Century industries in the USA

A must have piece of history

Lewis Hine is famous for his reportage photography documenting the evolution of society.
Some of his most striking photos are the portraits of children working in fields or factories.

This book is the epitome of the saying "a picture says more than a thousand words". I in particular enjoy the vast and beautifully currated collection of photos of child workers; they work as a grim reminder of the past and a detailed view into American history and everyday life. If you enjoy history, anthropology and al types of photo documentary, this book is a must!

The cover photo of Hine’s America at Work is owned by my local museum , The Cleveland
Museum of Art. It evokes Chaplin movies , the 30’s
of the industrial age , and many commonly held feelings for the american public of a certain age .
Here’s hoping the CMA celebrates Hine ,Walker Evans , and the rest in an exhibit soon. 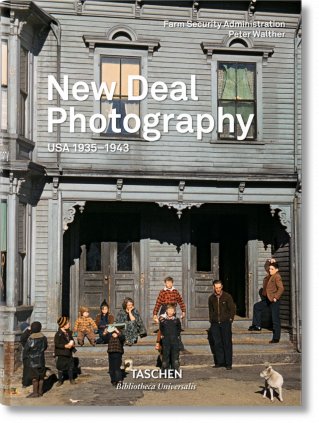