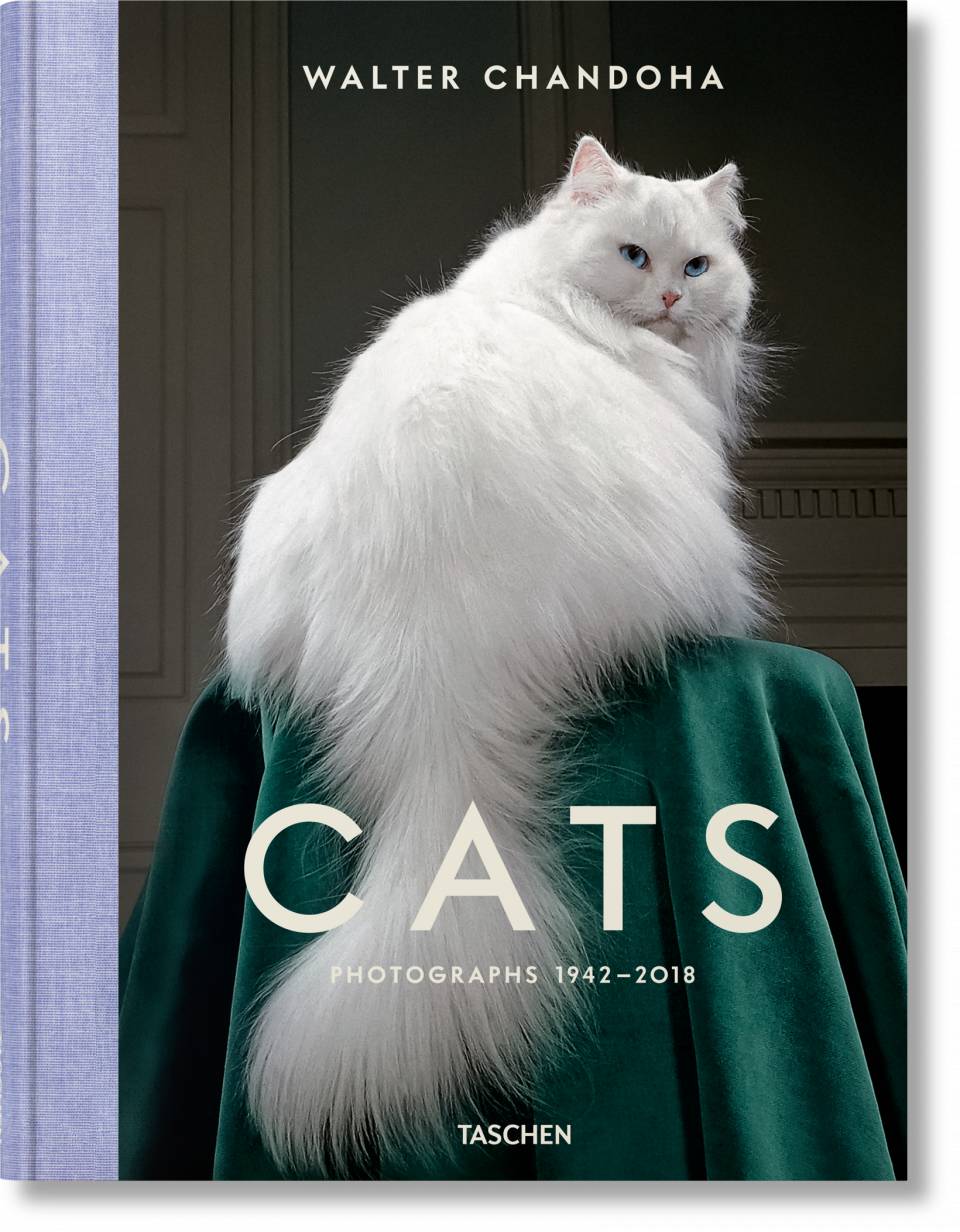 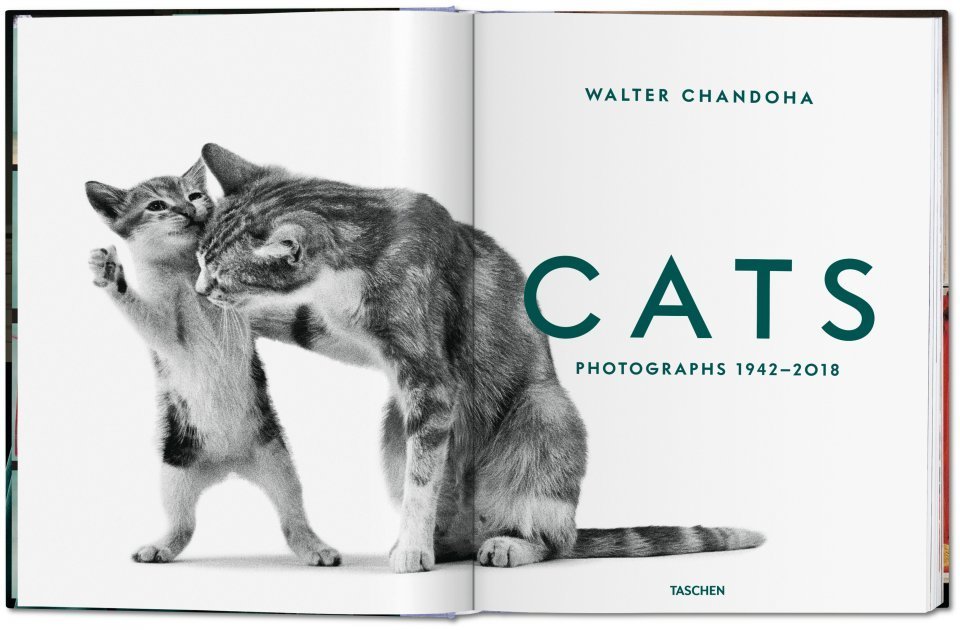 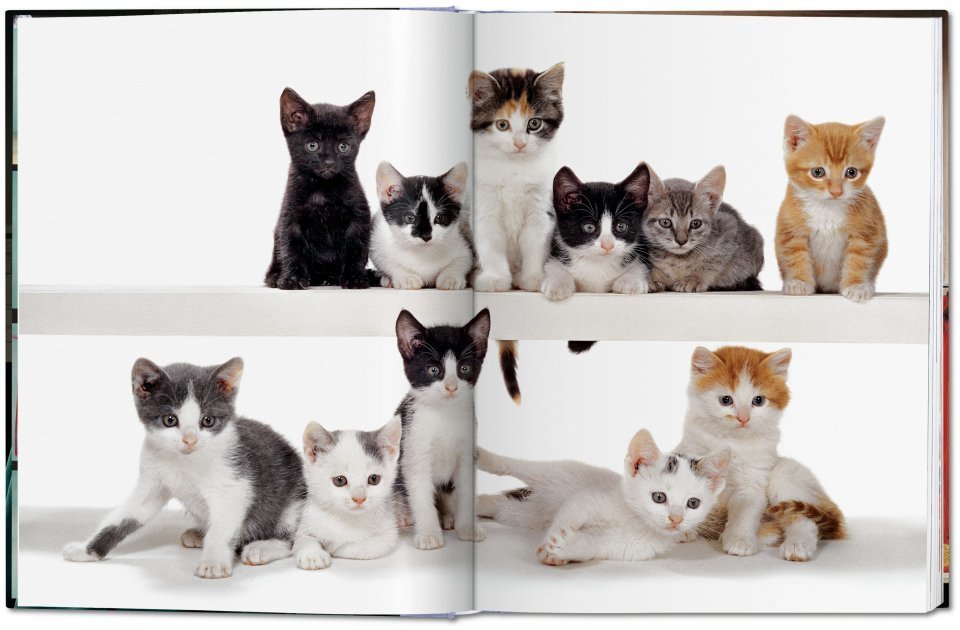 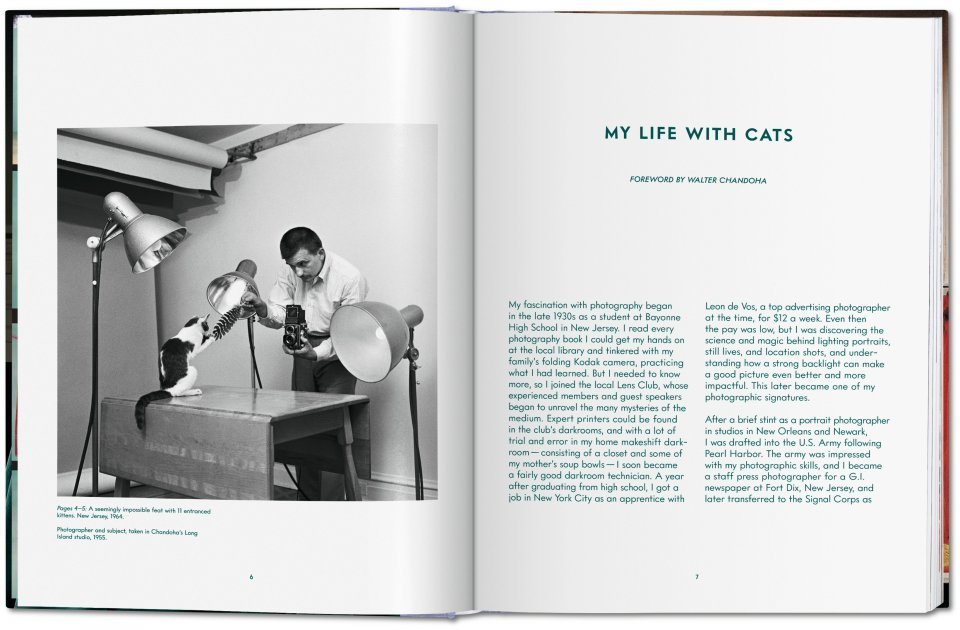 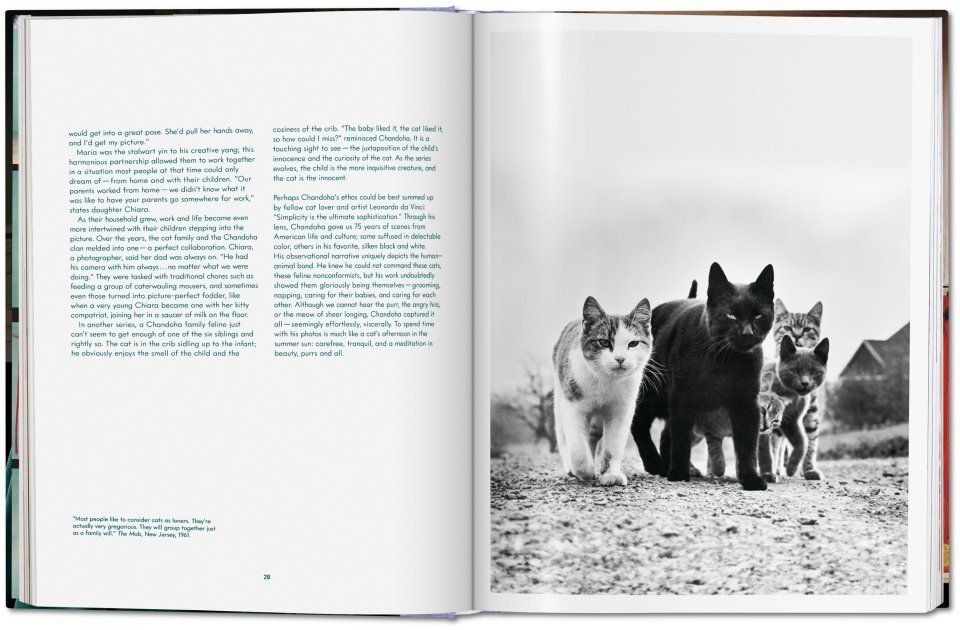 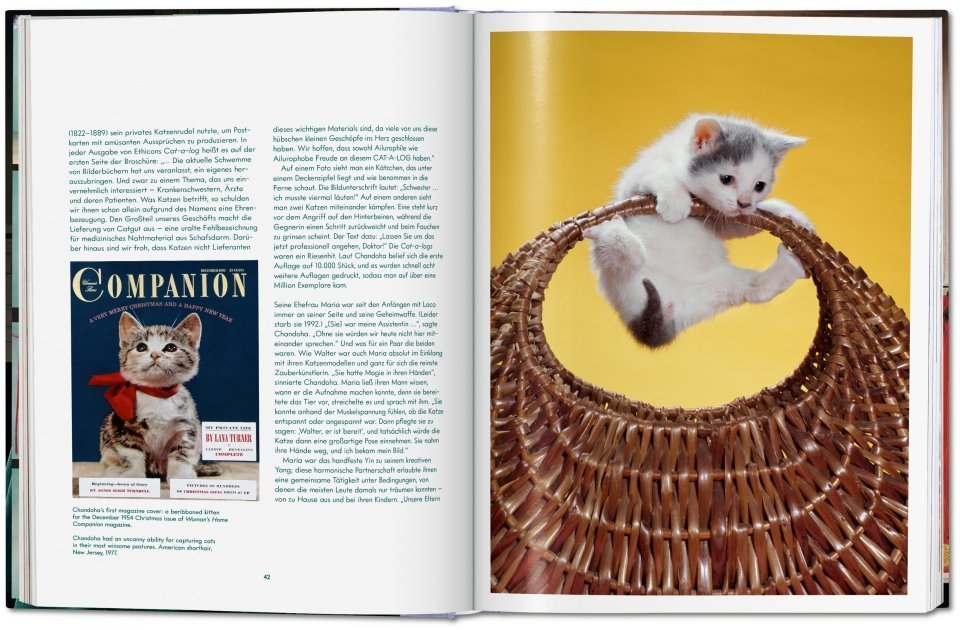 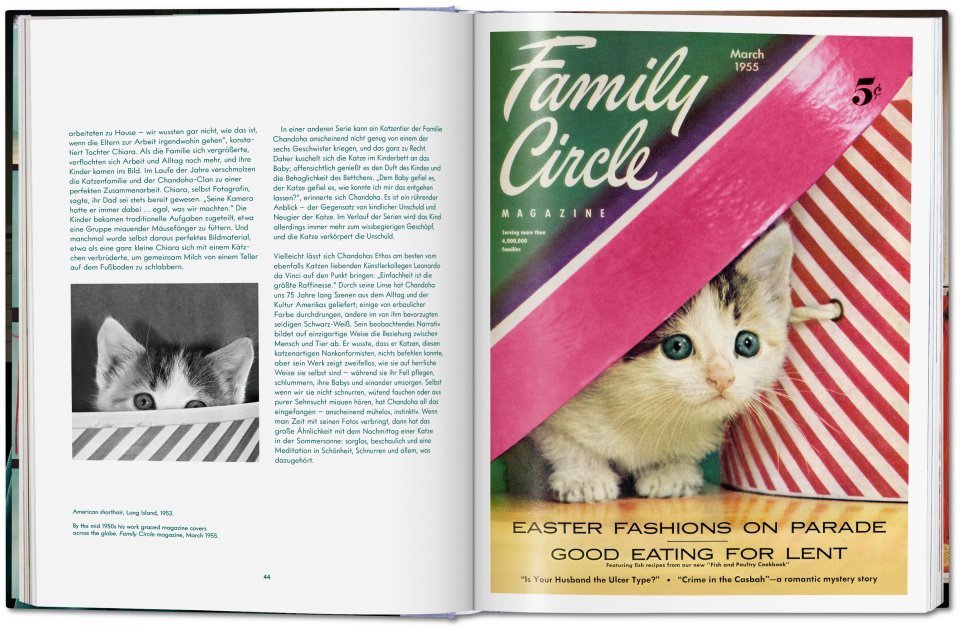 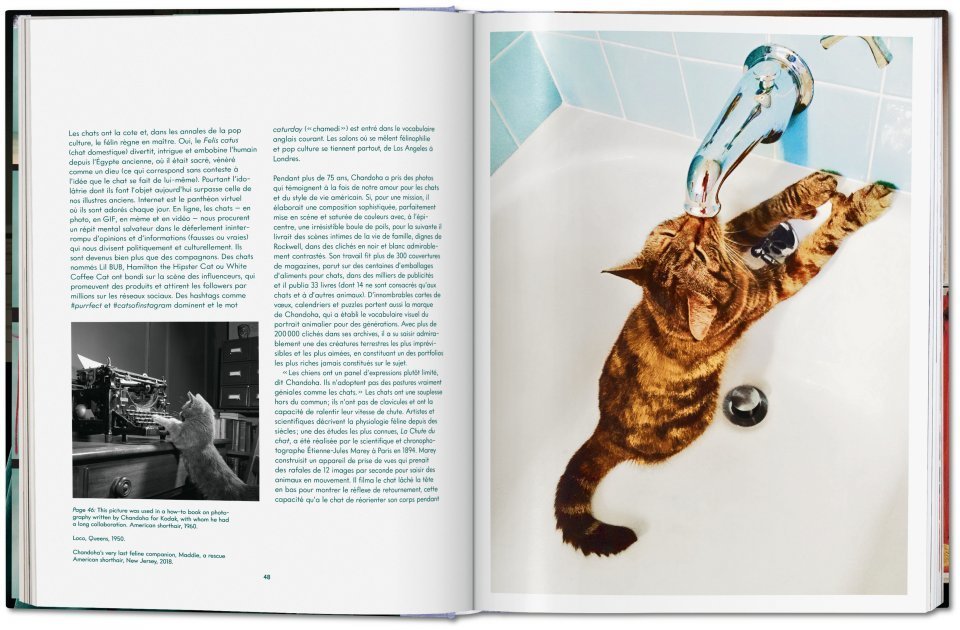 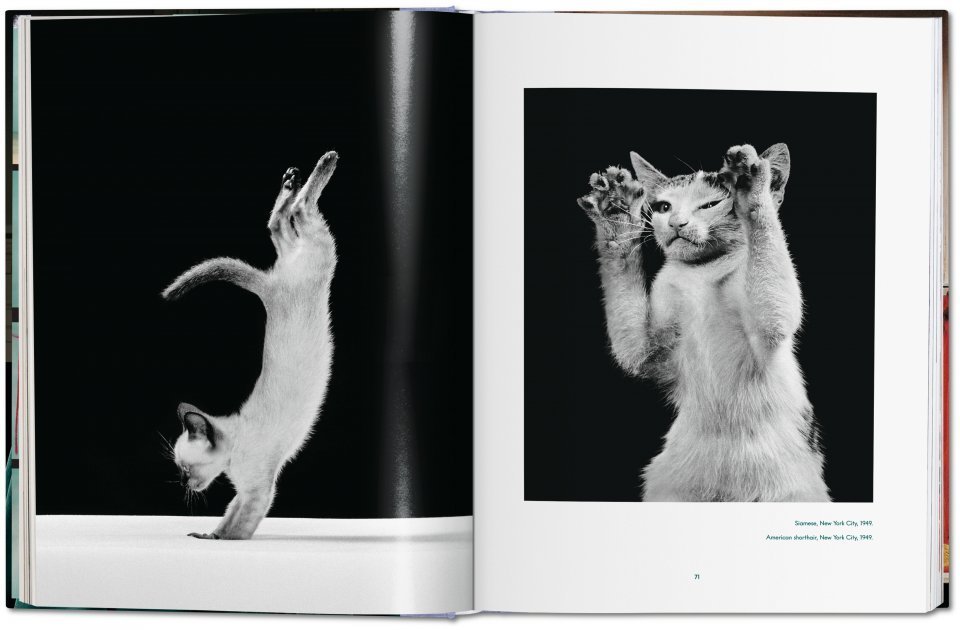 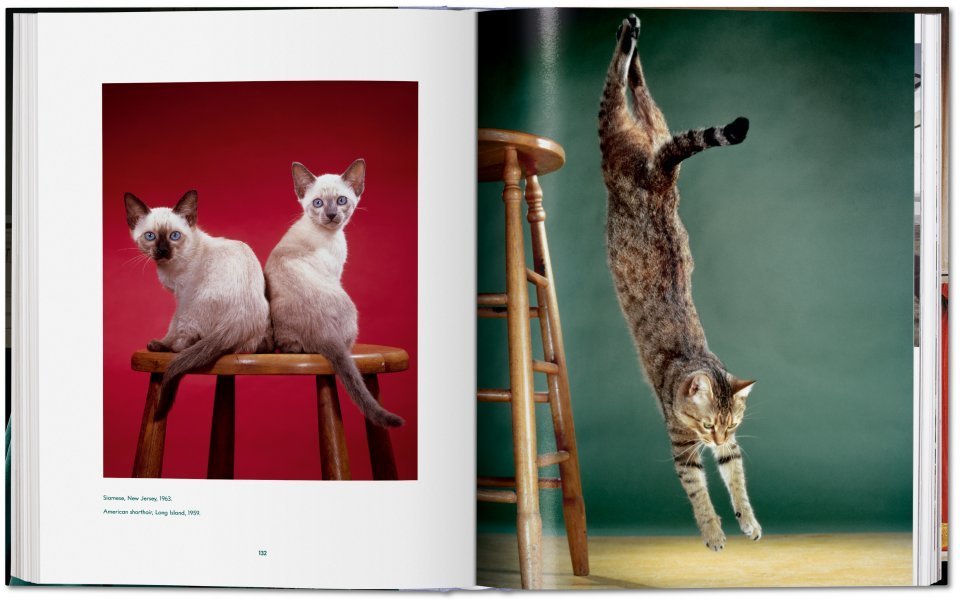 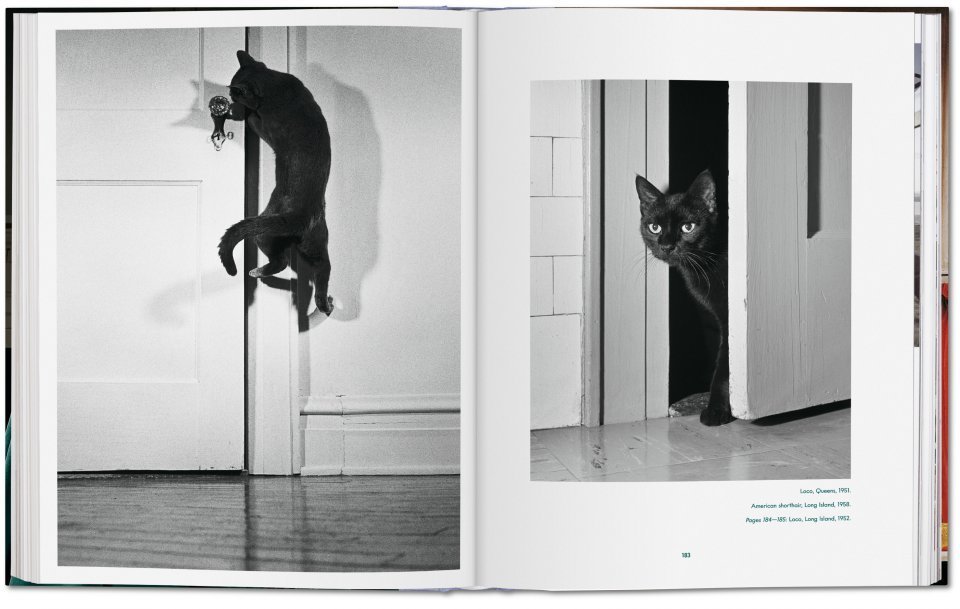 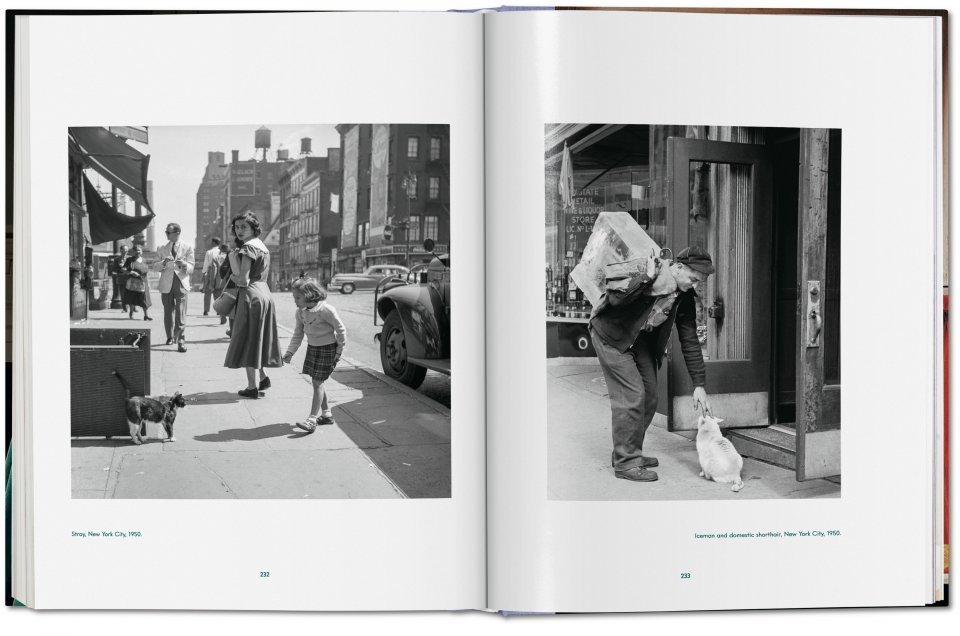 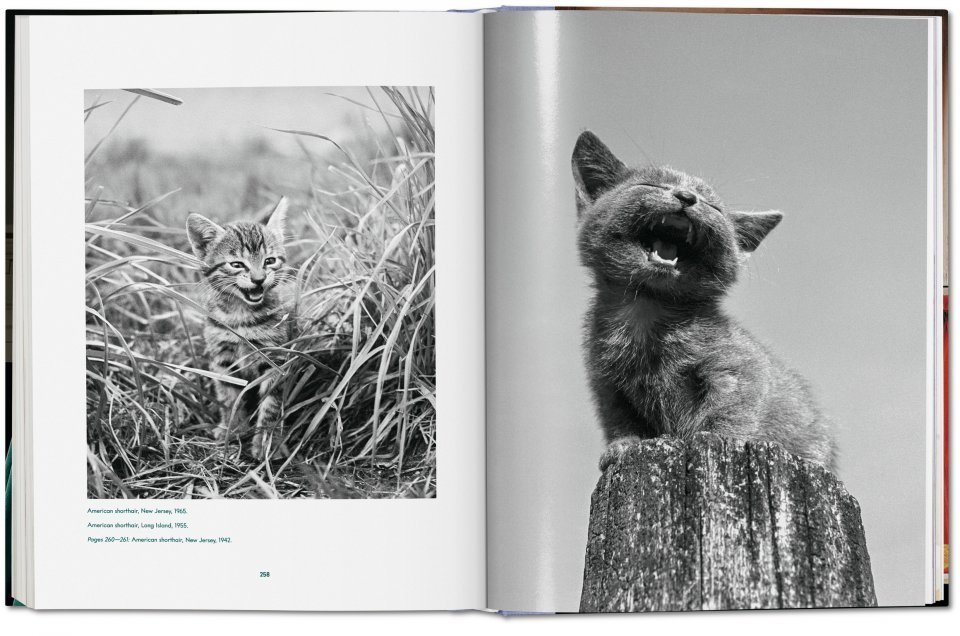 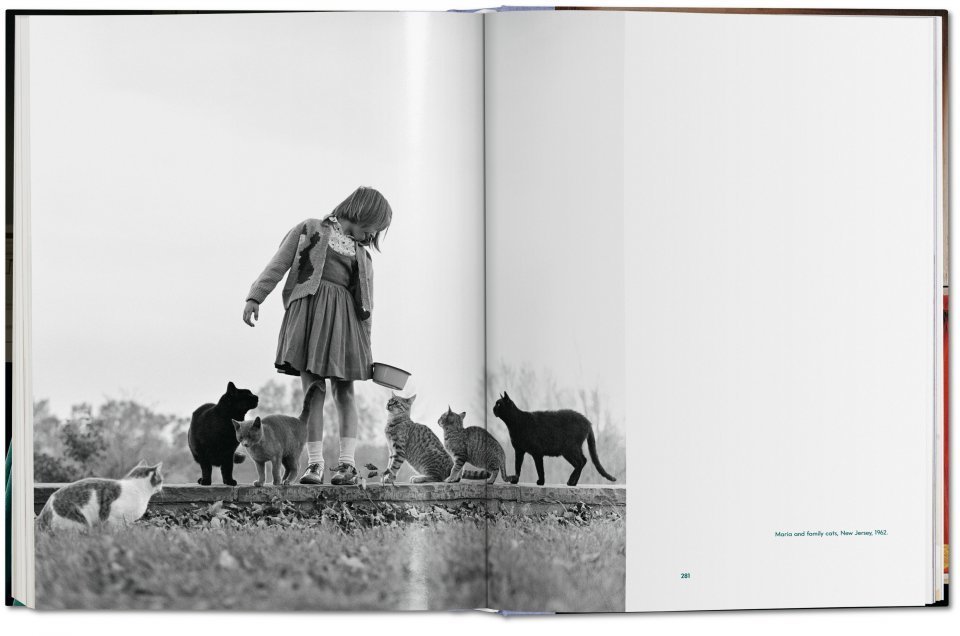 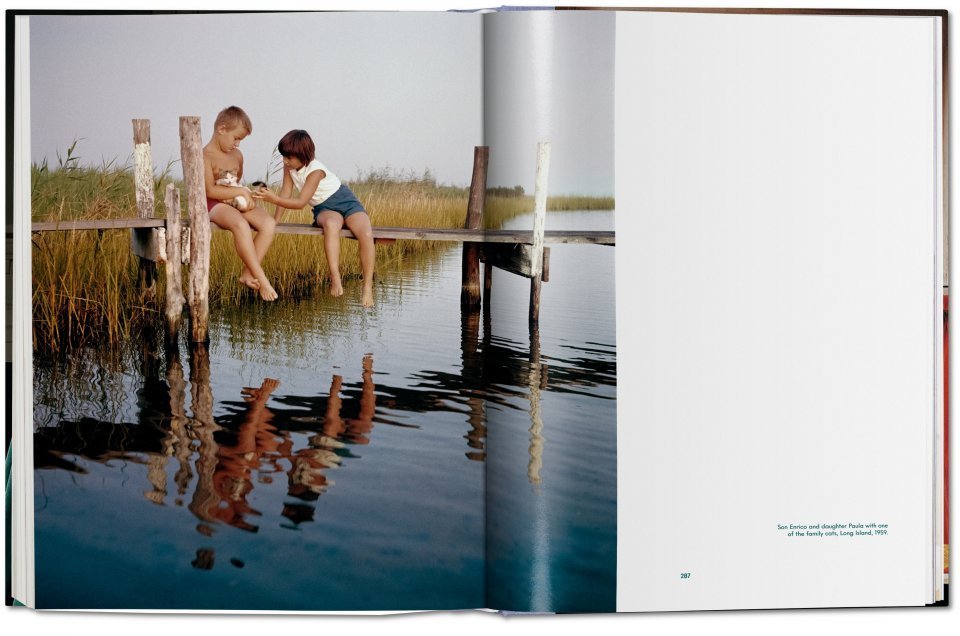 “The unknowable, endlessly fascinating character of cats remains, captured better by Chandoha than anyone before or since.”

“Chandoha's esteemed career set a standard for the generations of feline photographers that followed.”

“His legacy is more than assured—Chandoha literally wrote the book on his field.”

“Far from a kitschy cuteness overload, the new book is a celebration of Chandoha’s long, prolific career, his skill as a photographer, and yes, all things cats.”

“…the purr-fect gift for cat fans.”

Hardcover, 9.3 x 12.4 in., 5.08 lb, 296 pages
US$ 50
Fashion has Helmut Newton, architecture has Julius Shulman, and cat photography has Walter Chandoha. In 1949, his encounter with a stray kitten blossomed into a career that elevated feline portraiture to an art form. This is a tribute not just to these beguiling creatures but also to a remarkable photographer who passed away in 2019 at the age of 98; and whose compassion can be felt in each and every frame.

A career-spanning retrospective
of the greatest cat photographer

On a winter’s night in 1949 in New York City, young marketing student and budding photographer Walter Chandoha spotted a stray kitten in the snow, bundled it into his coat, and brought it home. Little did he know he had just met the muse that would determine the course of his life. Chandoha turned his lens on his new feline friend—which he named Loco—and was so inspired by the results that he started photographing kittens from a local shelter. These images marked the start of an extraordinary career that would span seven decades.

Long before the Internet and #catsofinstagram, Chandoha was enrapturing the public with his fuzzy subjects. From advertisements to greetings cards, jigsaw puzzles to pet-food packaging, his images combined a genuine affection for the creatures, a strong work ethic, and flawless technique. Chandoha’s trademark glamorous lighting, which made each cat’s fur stand out in sharp relief, would define the visual vocabulary of animal portraiture for generations and inspire such masters as Andy Warhol, who took cues from Chandoha’s charming portraits in his illustrated cat book.

Cats leaps into the archives of this genre-defining artist, spanning color studio and environmental portraits, black-and-white street photography, images from vintage cat shows, tender pictures that combine his children with cats and more. This is a fitting tribute not just to these beguiling creatures but also to a remarkable photographer who passed away in 2019 at the age of 98; and whose compassion can be felt in each and every frame.

Susan Michals is the founder of CatCon and Cat Art Show the two biggest cat-centric, pop culture events in the world. She is a former television producer and journalist whose work has been featured in The Wall Street Journal, artnet News, The Observer, and Vanity Fair among others.

Gave this book to my girlfriend for Valentine's Day and 6 months later, she said it's still one of her favorite gifts.

This is a lovely book full of excellent photographs. Of course, it is mainly for cat lovers -such as myself- but this must not prevent the reader from admiring the exquisite quality of the pictures. Well printed and bound, and sold at a fair price. Recommended.

I bought this book for a person who loves cats and it was amazed about the gift.
The book is well made with thick paper and quality colour pictures as well as brief descriptions of each.
Taschen was pretty fast in delivering the book even if was sales period.

Nice gift to a friend. He was so glad with this gift.

Very appreciated by a cat lover

A tribute to his life and legacy 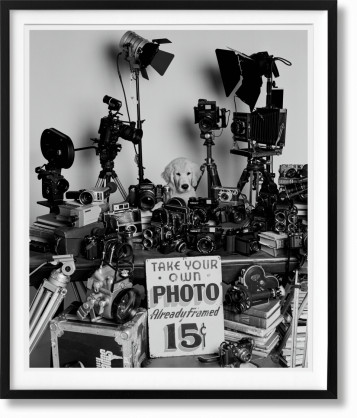 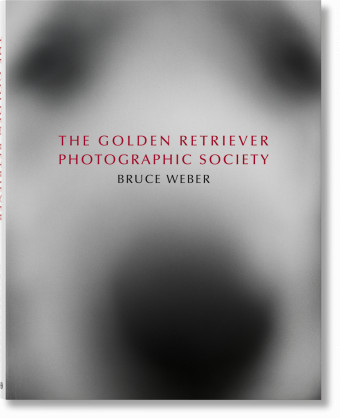 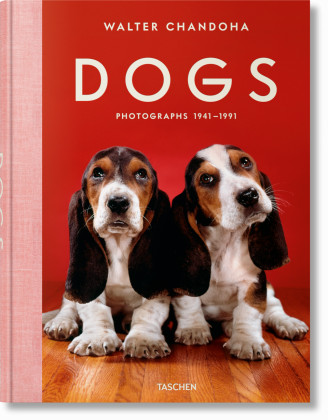 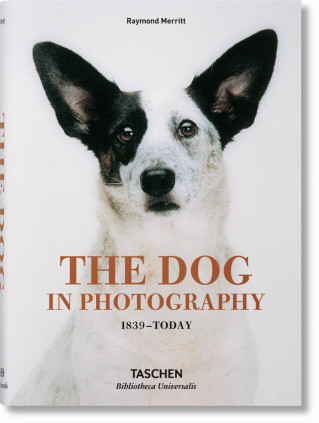