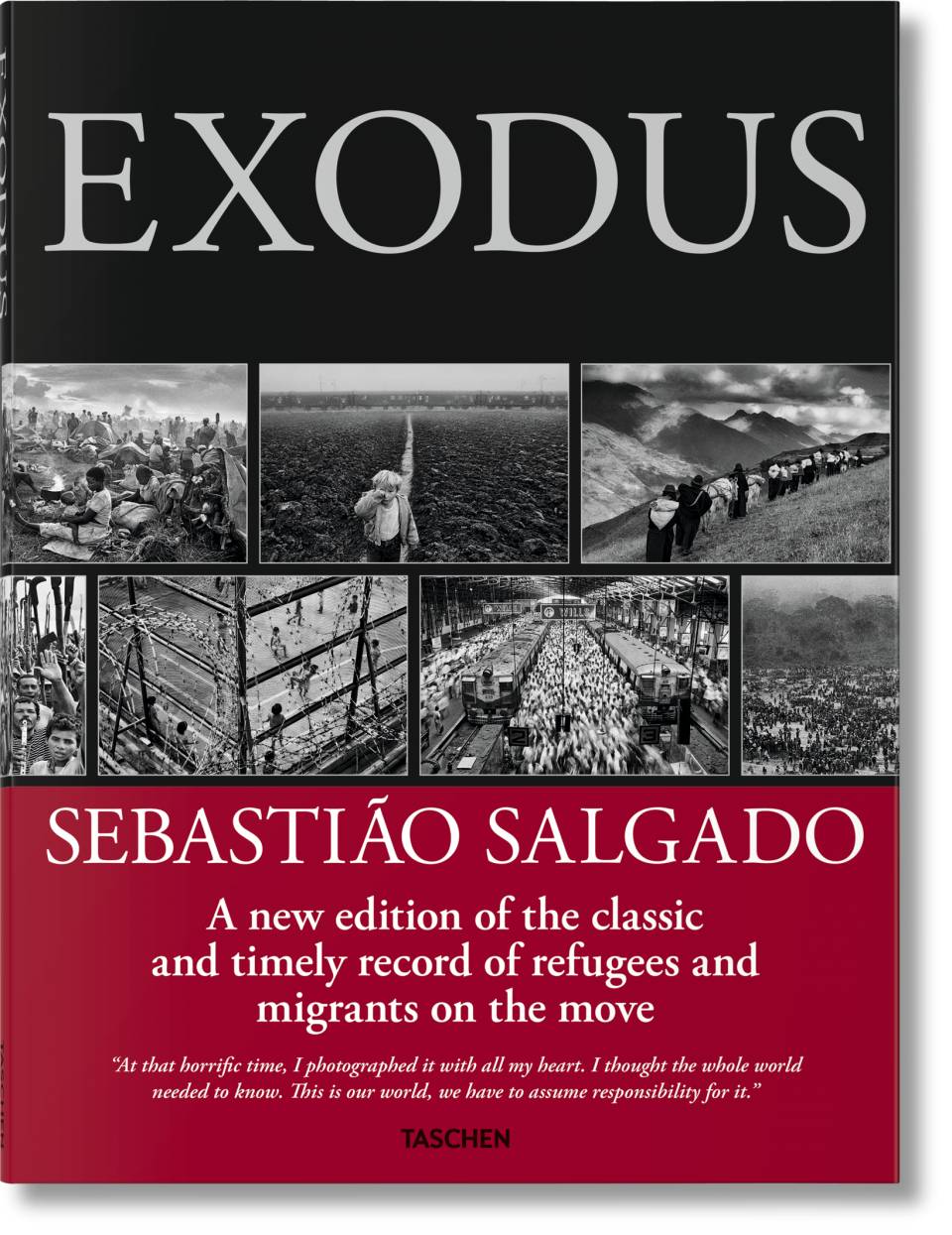 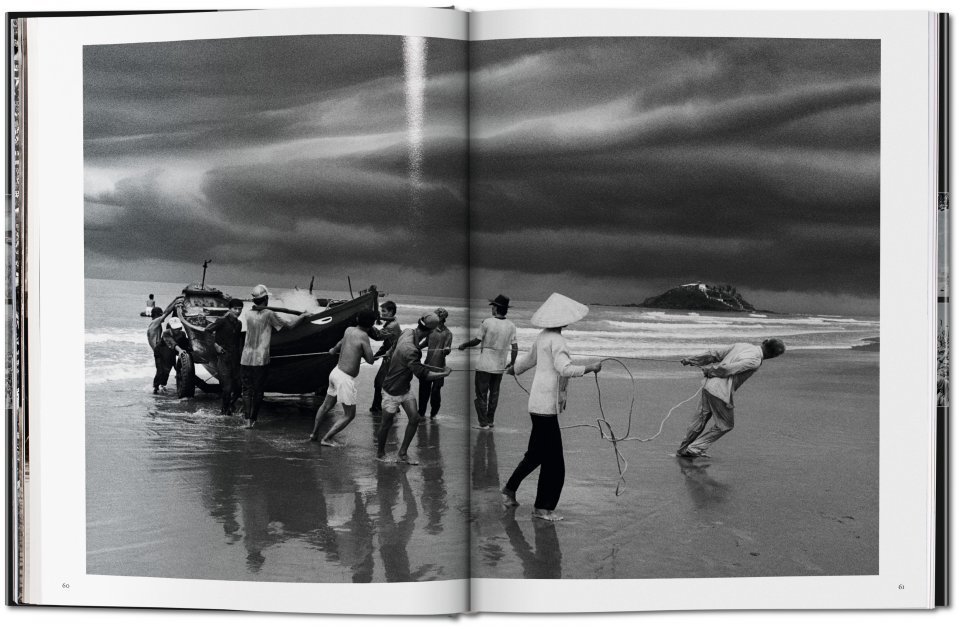 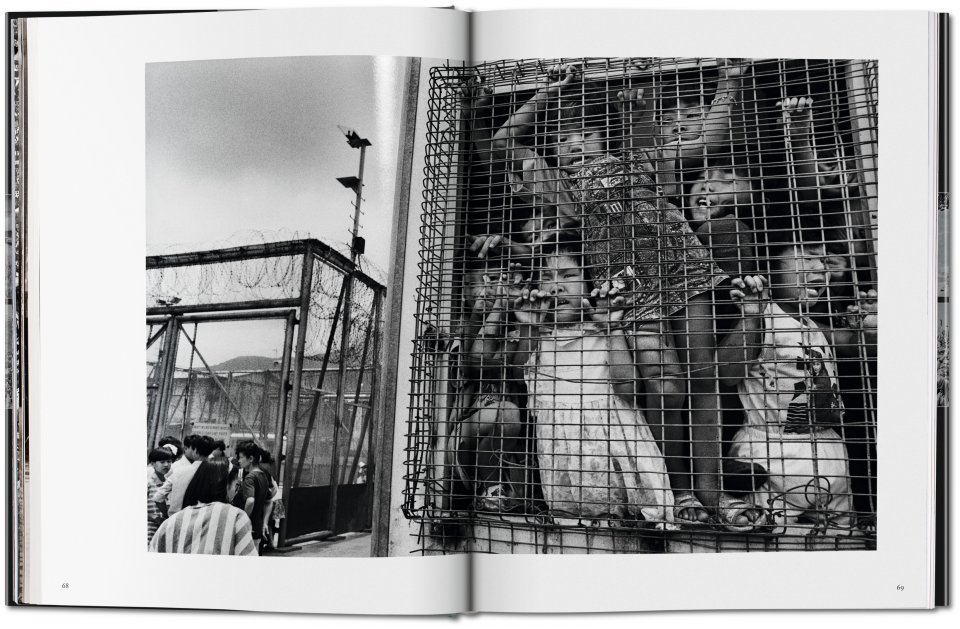 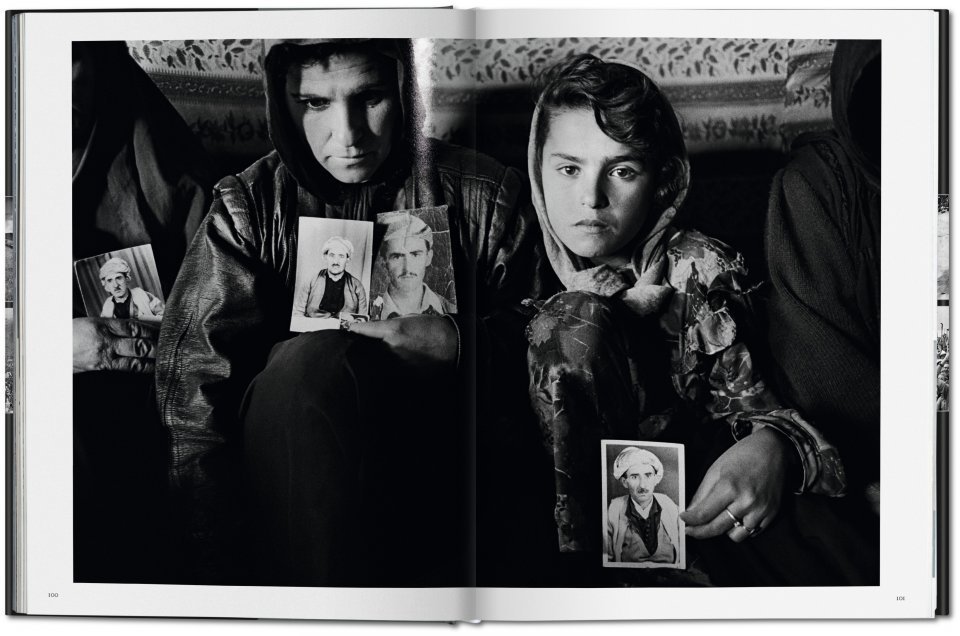 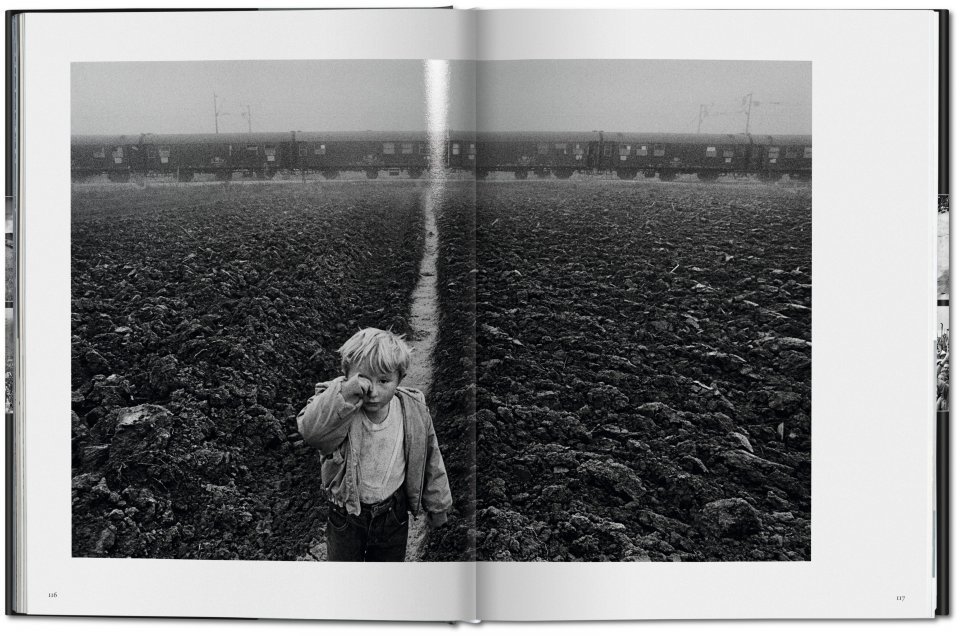 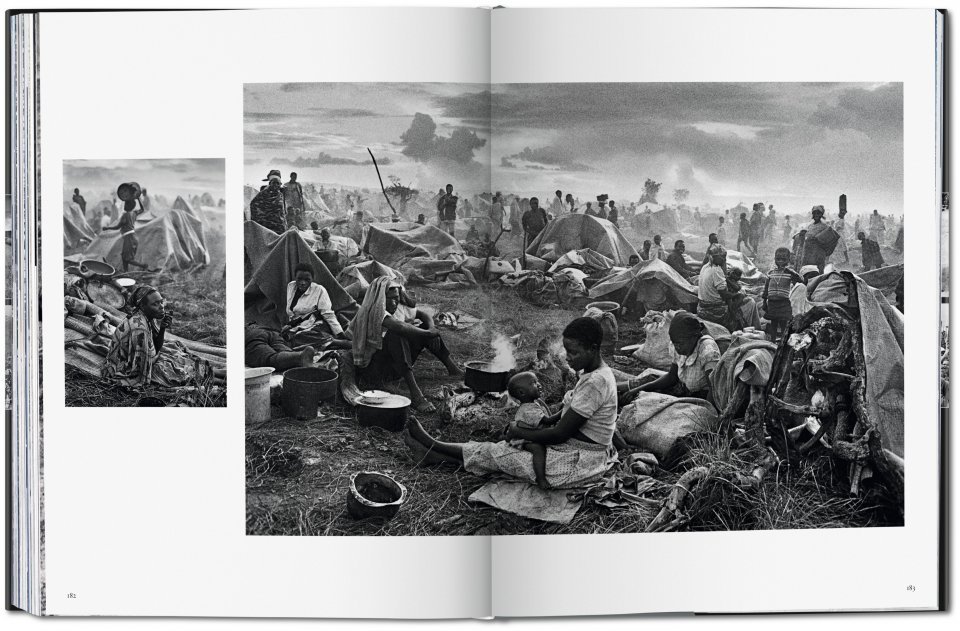 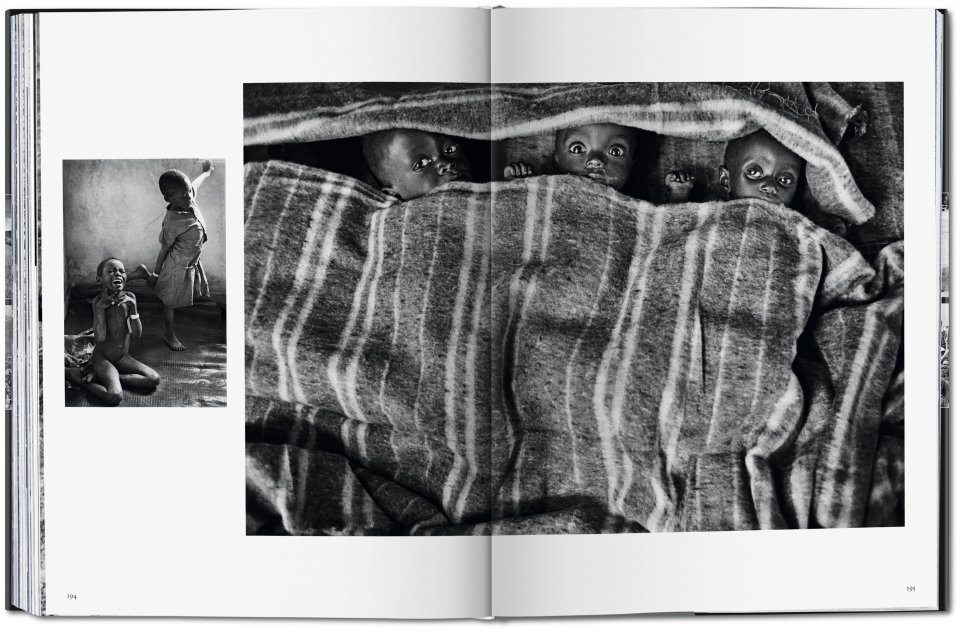 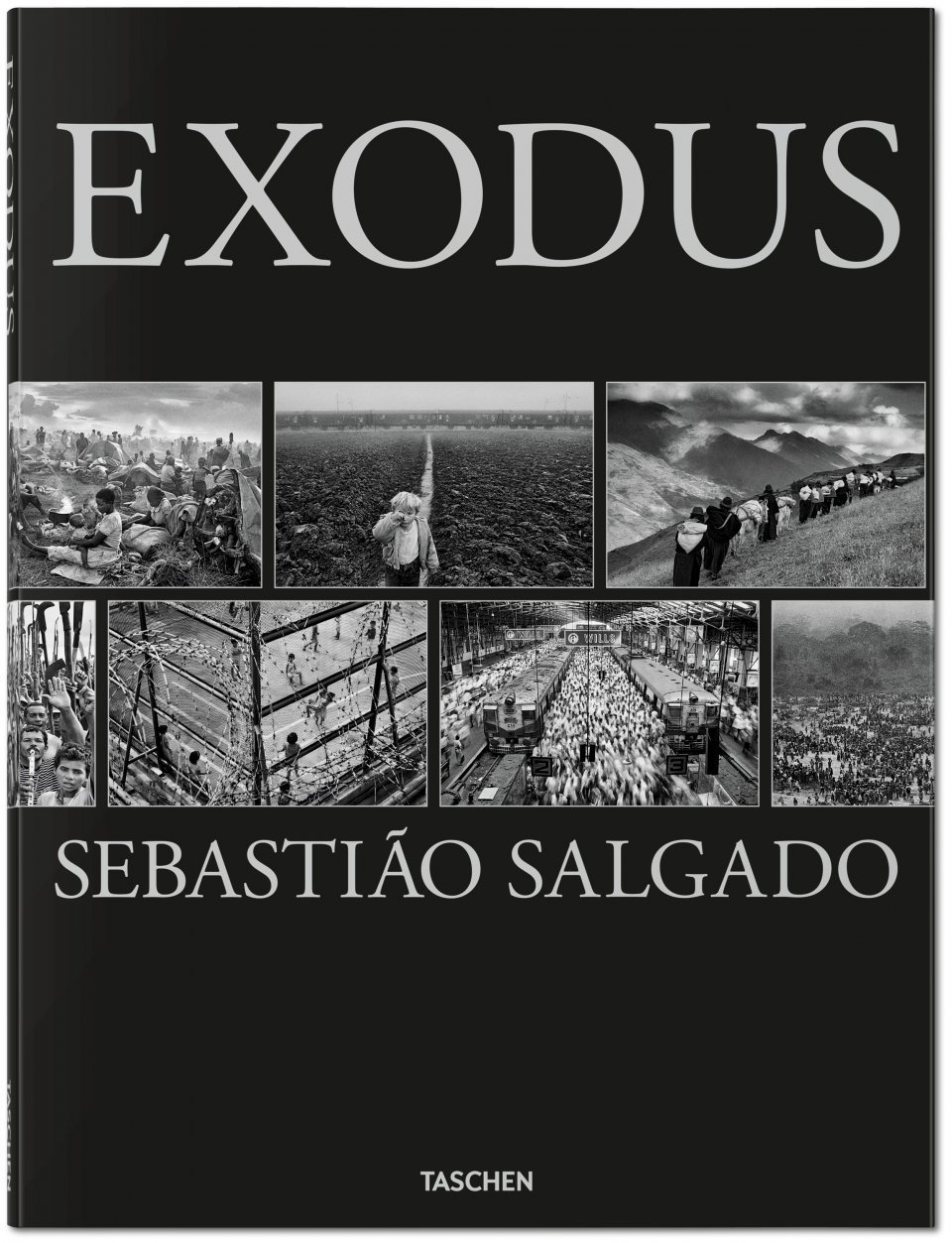 “In the freakish hyper-reality of 2016, where tragedy upon tragedy dominate news cycles, a collection like Exodus adds historical context to the global story of humanity on the move.”

Hardcover with booklet in slipcase, 9.8 x 13 in., 8.05 lb, 432 pages
US$ 100
Over six years and 35 countries, Sebastião Salgado documents the story of human migration. From the Hutu population of Rwanda, hiding out in remote jungles, to the first boats filled with Arabs and sub-Saharan Africans trying to reach Europe across the Mediterranean Sea, Salgado captures both the scale of the migrant crisis and the heart-stopping moments of the individual exile story.

Humanity on the Move

It has been almost a generation since Sebastião Salgado first published Exodus but the story it tells, of fraught human movement around the globe, has changed little in 16 years. The push and pull factors may shift, the nexus of conflict relocates from Rwanda to Syria, but the people who leave their homes tell the same tale: deprivation, hardship, and glimmers of hope, plotted along a journey of great psychological, as well as physical, toil.

Salgado spent six years with migrant peoples, visiting more than 35 countries to document displacement on the road, in camps, and in overcrowded city slums where new arrivals often end up. His project includes Latin Americans entering the United States, Jews leaving the former Soviet Union, Kosovars fleeing into Albania, the Hutu refugees of Rwanda, as well as the first “boat people” of Arabs and sub-Saharan Africans trying to reach Europe across the Mediterranean ea. His images feature those who know where they are going and those who are simply in flight, relieved to be alive and uninjured enough to run. The faces he meets present dignity and compassion in the most bitter of circumstances, but also the many ravaged marks of violence, hatred, and greed.

With his particular eye for detail and motion, Salgado captures the heart-stopping moments of migratory movement, as much as the mass flux. There are laden trucks, crowded boats, and camps stretched out to a clouded horizon, and then there is the small, bandaged leg; the fingerprint on a page; the interview with a border guard; the bundle and baby clutched to a mother’s breast. Insisting on the scale of the migrant phenomenon, Salgado also asserts, with characteristic humanism, the personal story within the overwhelming numbers. Against the indistinct faces of televised footage or the crowds caught beneath a newspaper headline, what we find here are portraits of individual identities, even in the abyss of a lost land, home, and, often, loved ones.

At the same time, Salgado also declares the commonality of the migrant situation as a shared, global experience. He summons his viewers not simply as spectators of the refugee and exile suffering, but as actors in the social, political, economic, and environmental shifts which contribute to the migratory phenomenon. As the boats bobbing up on the Greek and Italian coastline bring migration home to Europe like no mass movement since the Second World War, Exodus cries out not only for our heightened awareness but also for responsibility and engagement. In face of the scarred bodies, the hundreds of bare feet on hot tarmac, our imperative is not to look on in compassion, but, in Salgado’s own words, to temper our behaviors in a “new regimen of coexistence.”

The beauty of these images make the suffering of humanity even more poignant. We are all on the same boat, we will survive together or we will fade away like the film exposed to light, the disturbing light of indifference. Thank you Mr Salgado for keeping us awake through your work.

In the news there is often talk about people who are exiled from their country or leave because of danger. But rarely do you see into the travels of these people and what they go through to find a better place to live. This book talks about both the horrors these people are trying to run away from and the extremely dangerous and long way they need to travel.
This book is a view into a world unimaginable for many people and harsh reality for others.

These pictures are speaking. If you look into the children eyes you feel what they feel. This book has a big impact on readers. 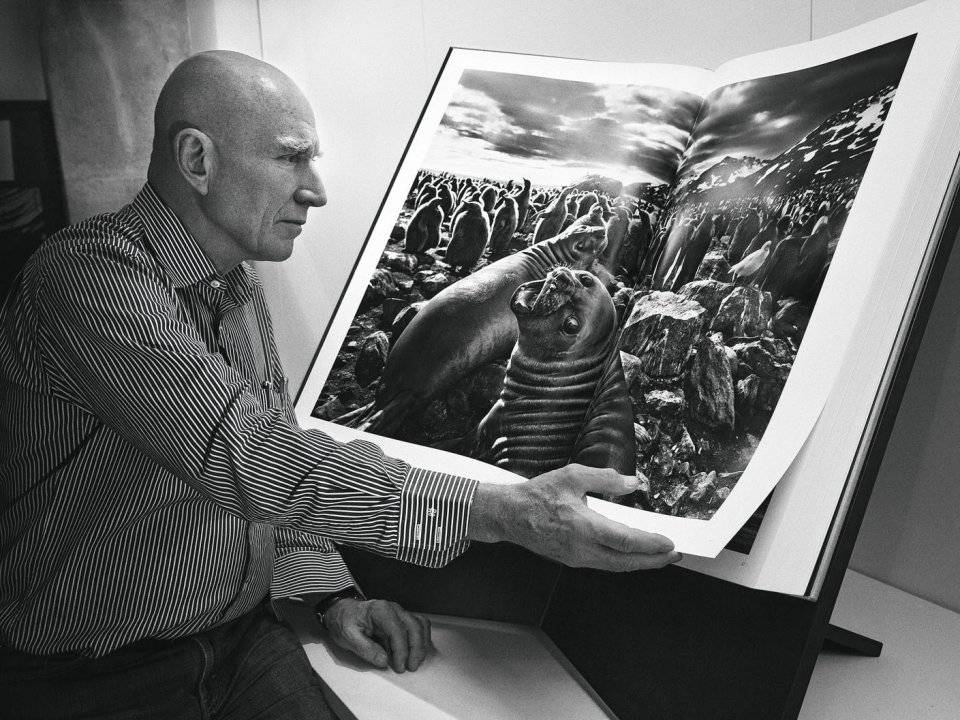 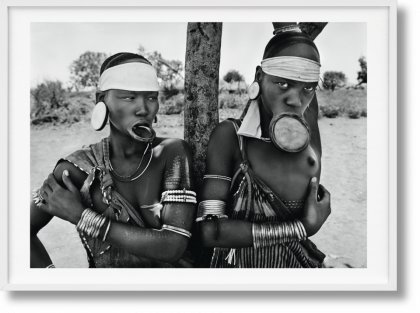 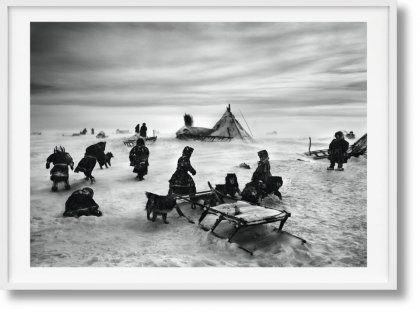 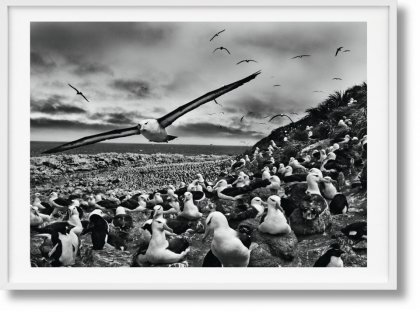 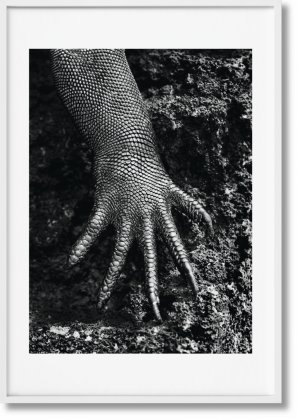 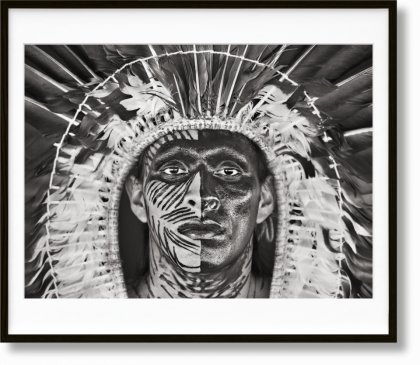 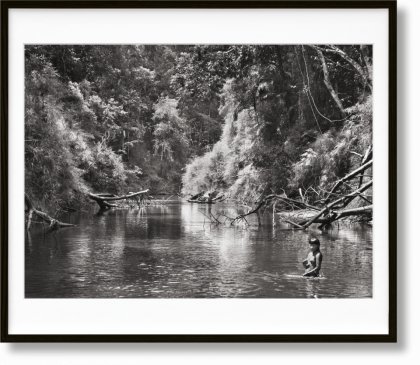 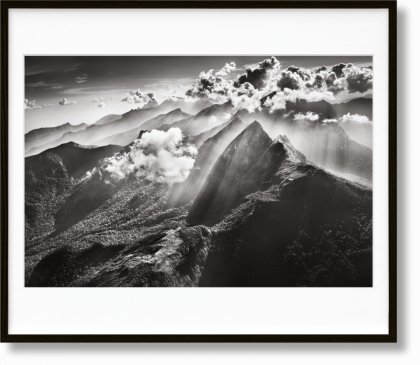 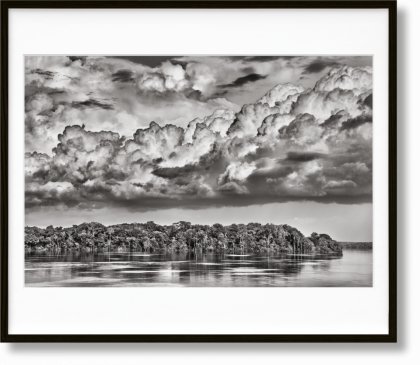 Sebastião Salgado.
Amazônia. Art Edition No. 301–400
‘The Paraná connecting the Rio Negro with the Cuyuní River’ 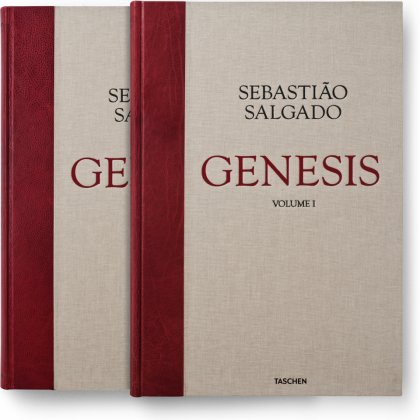 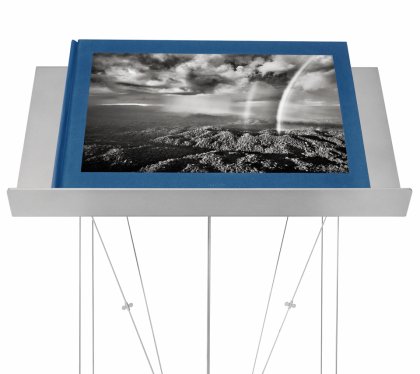 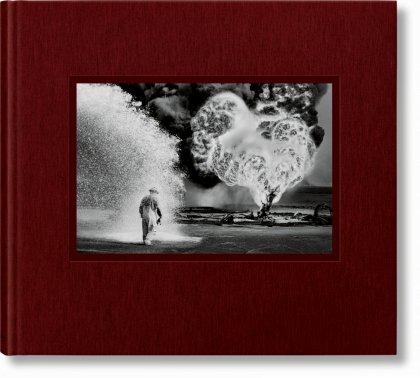 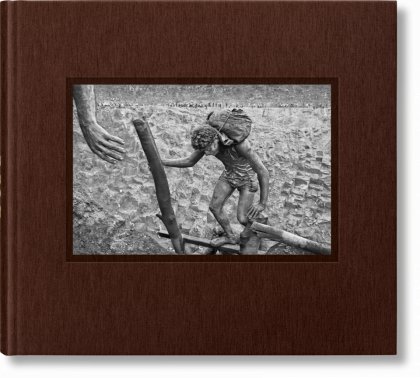