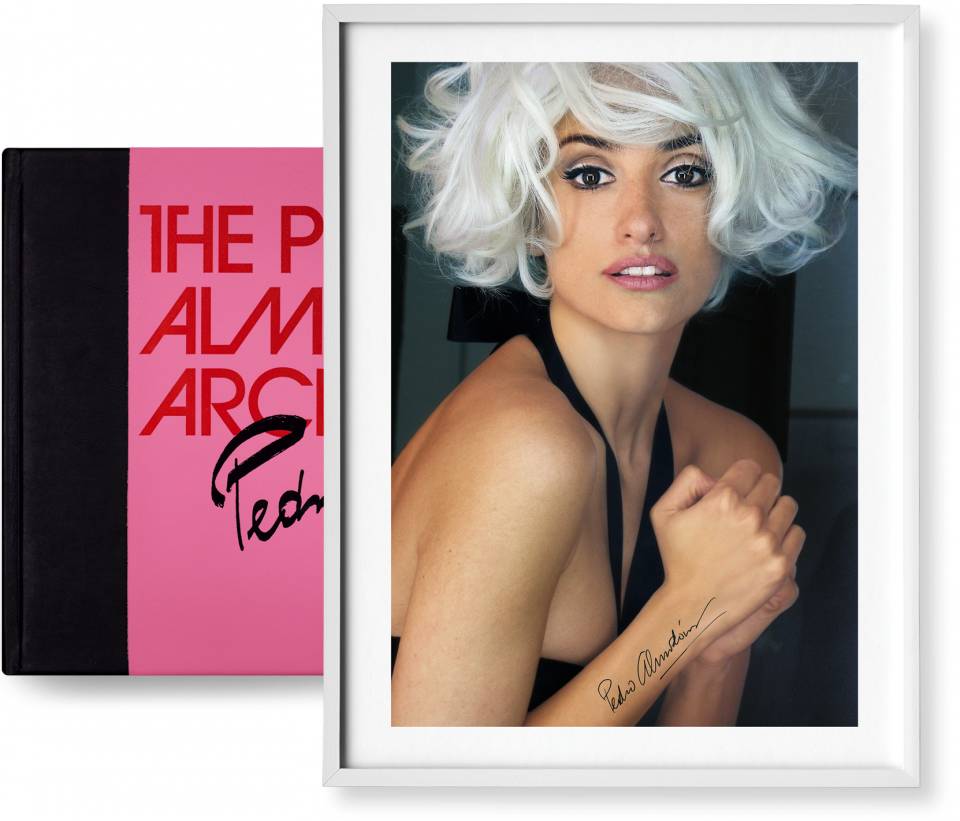 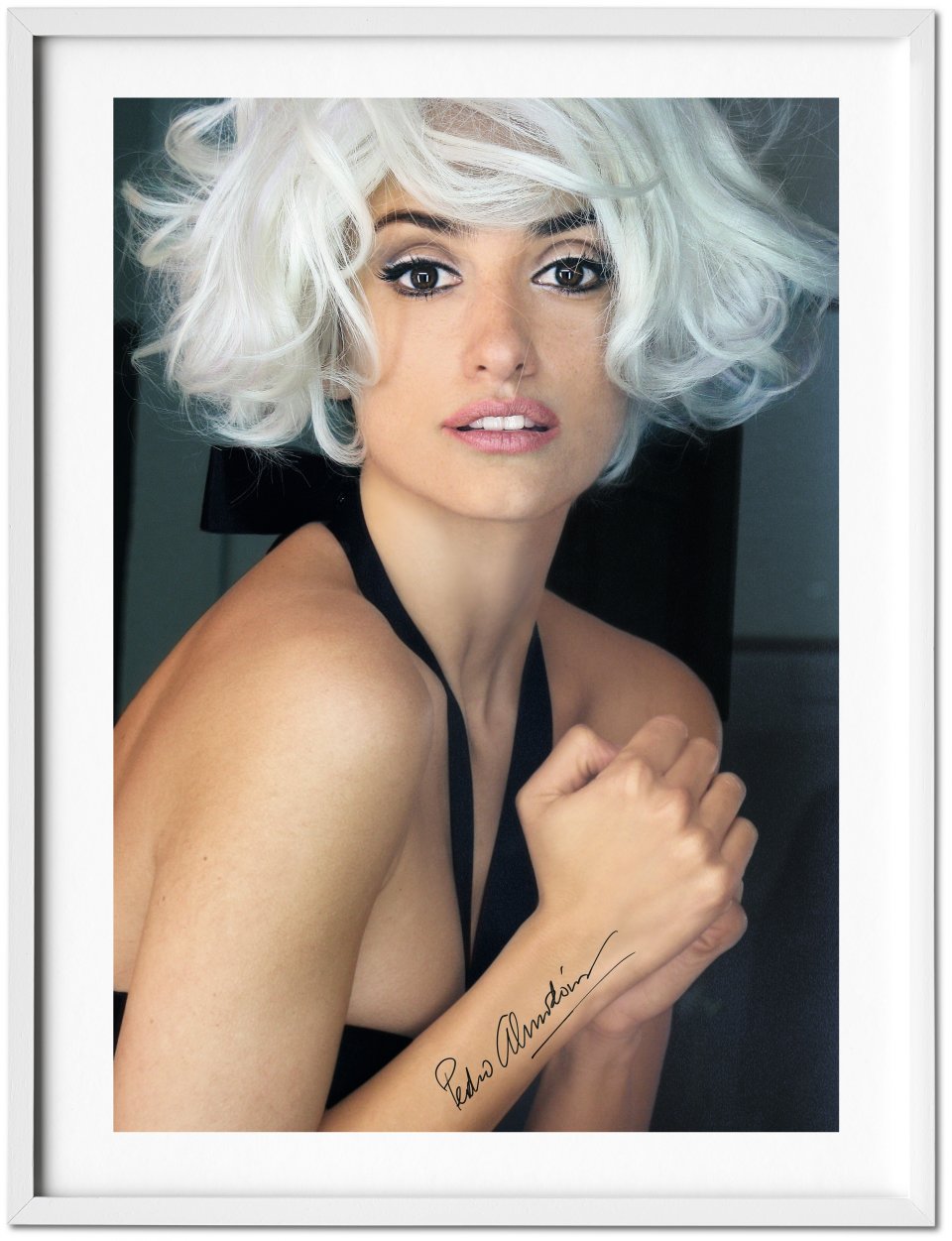 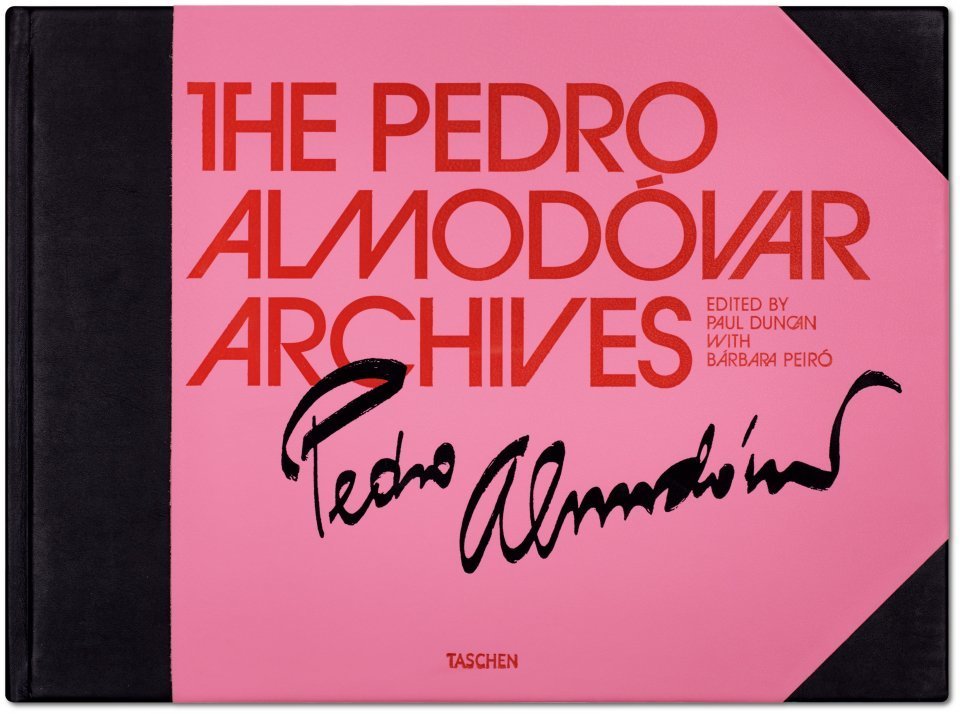 “Cinema is an irrational passion. All my cinema is impregnated with cinema. The experience of seeing a film forms part of my biography.”

Edition of 500
Digital C-print, 10.6 x 14.6 in., leather-bound hardcover, 16.2 x 11.8 in., in a silk-screened box with original film strip, 410 pages
US$ 2,000
This edition is sold out. However, occasionally, copies do become available again. Please register on our waiting list so we can inform you if this edition, or anything similar comes up.
Celebrate the sexy, subversive, passionate, and provocative world of Pedro Almodóvar with this unprecedented monograph, covering each of his films to date and with complete access to the director’s archives. The ultimate Almodóvar tribute, this Art Edition comes with a signed print of Almodóvar’s muse, Penélope Cruz, as well as an original film strip from Volver.

The Man from La Mancha

Sexy and subversive, colorful and controversial, passionate and provocative, the world of Pedro Almodóvar is unlike any other. Thanks to his remarkably cohesive and consistent œuvre, the Manchegan maverick has become a cinematic brand, his name a byword for the visual opulence, experimentation, and eroticism of post-Franco Spanish cinema.

A self-taught auteur, Almodóvar found fame with self-penned, gender-bending plots depicting the often comic misfortunes of junkies, nuns, housewives, whores, transvestites, and transsexuals. Praised by critics, championed by fellow filmmakers, adored by actors and adorned with international awards, he has become the most successful Spanish filmmaker since Luis Buñuel. His films draws on influences as diverse as Douglas Sirk, Frank Tashlin, Andy Warhol, and John Waters and simultaneoulsy borrow liberally from, and frequently invert, traditional genres of classic American cinema—including film noir, melodrama, and screwball comedy. At the same time, his aesthetic remains unmistakably Iberian, rooted predominantly in the director’s beloved Madrid, exploring Spanish myths and modernity to the rhythms of bolero-laden soundtracks.

For this unprecedented Art Edition monograph, Pedro Almodóvar has given TASCHEN complete access to his archives, including never-before-published images and personal photos he took during filming. The director has personally written captions for the book’s photos and also invited prominent Spanish authors to write introductions to each of his films, from Women on the Verge of a Nervous Breakdown to All About My Mother, Talk to Her, and Volver. 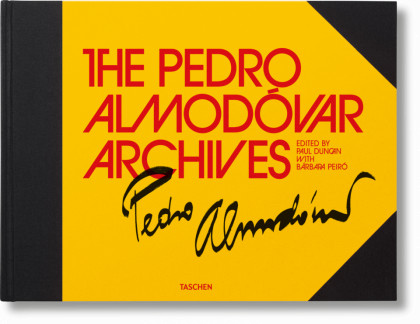