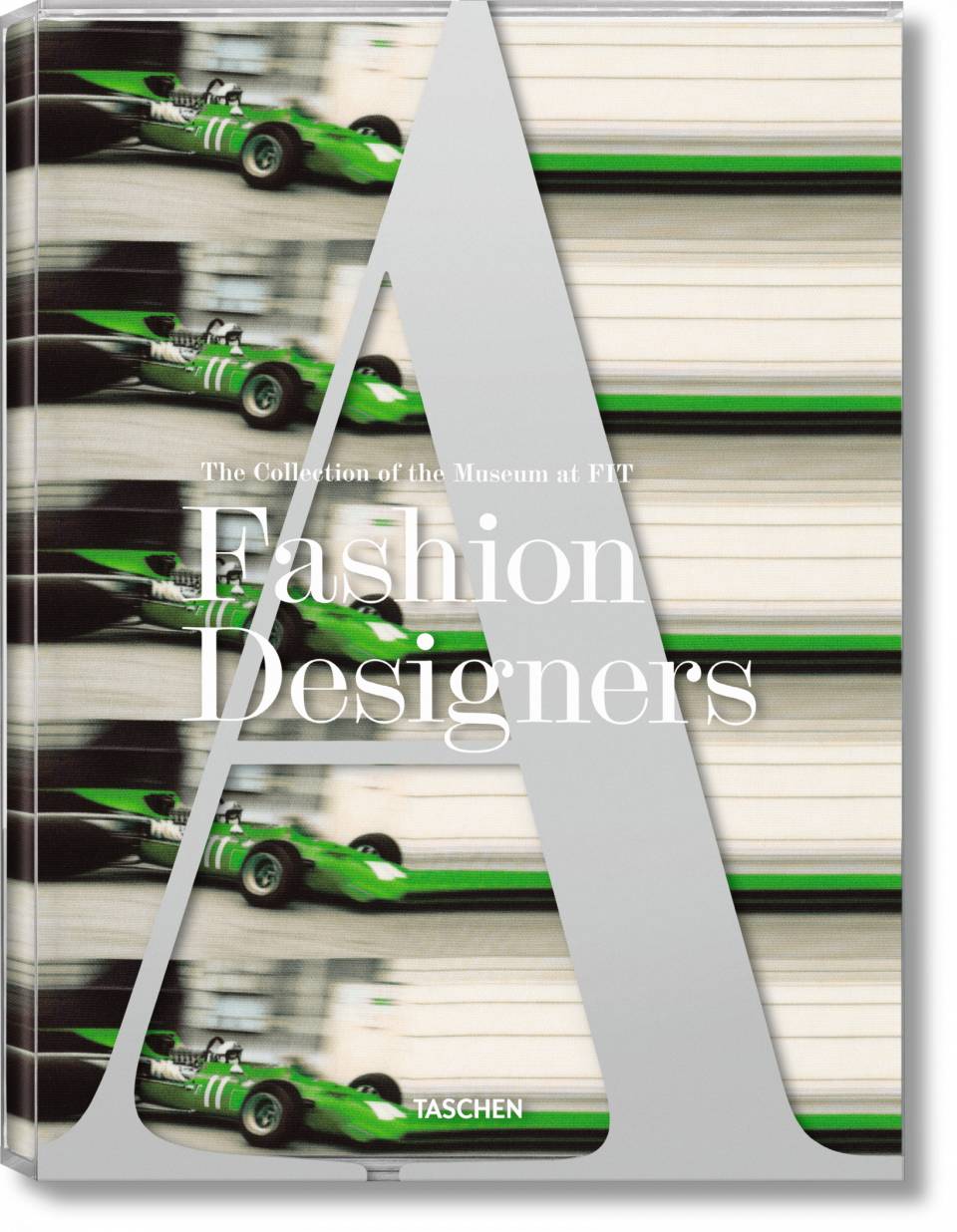 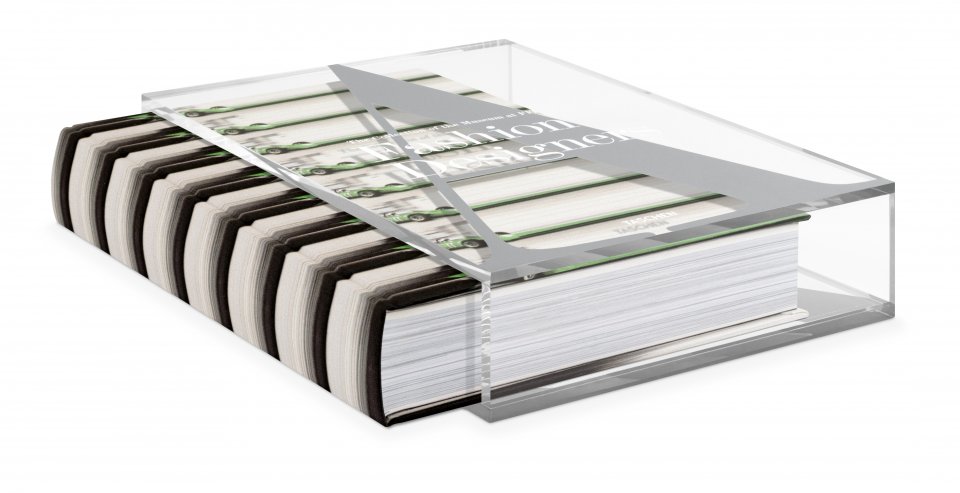 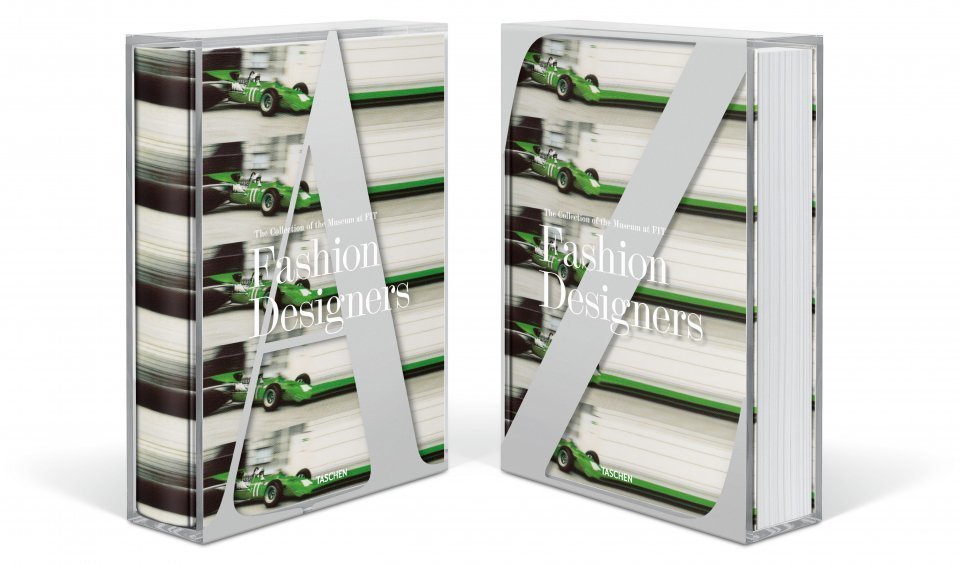 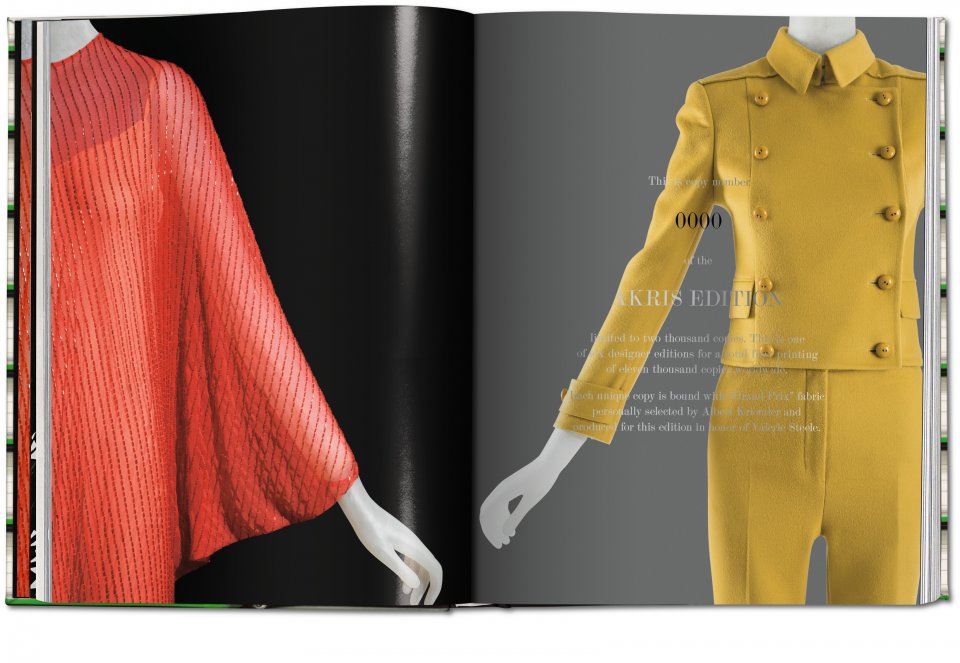 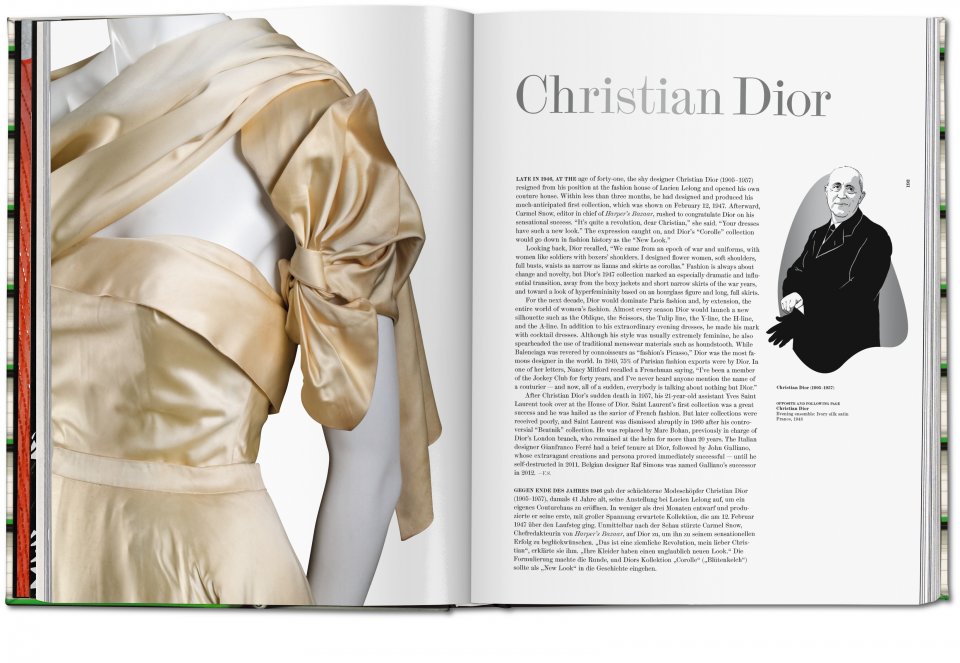 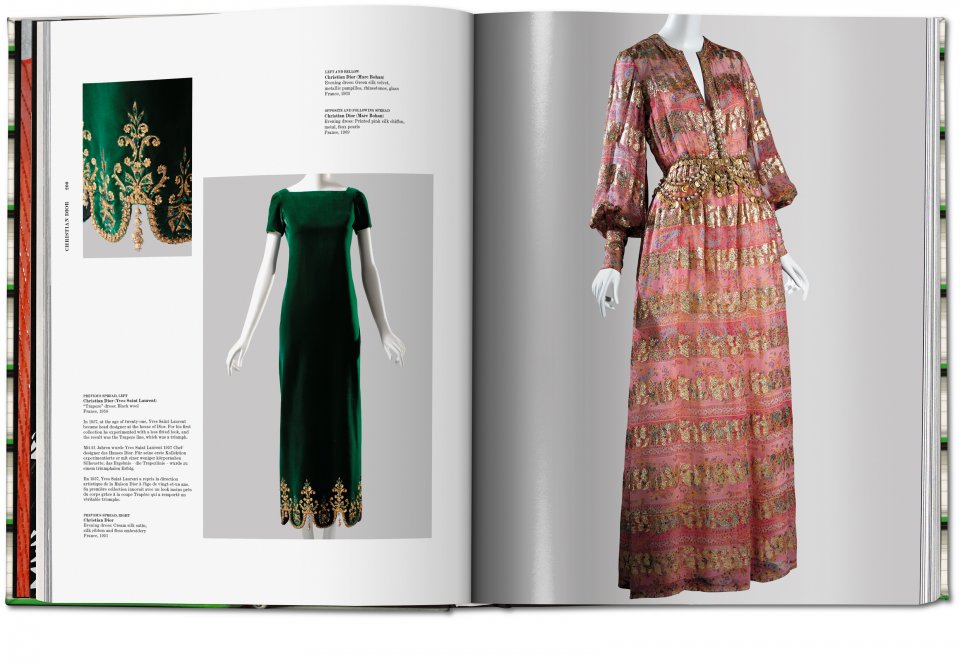 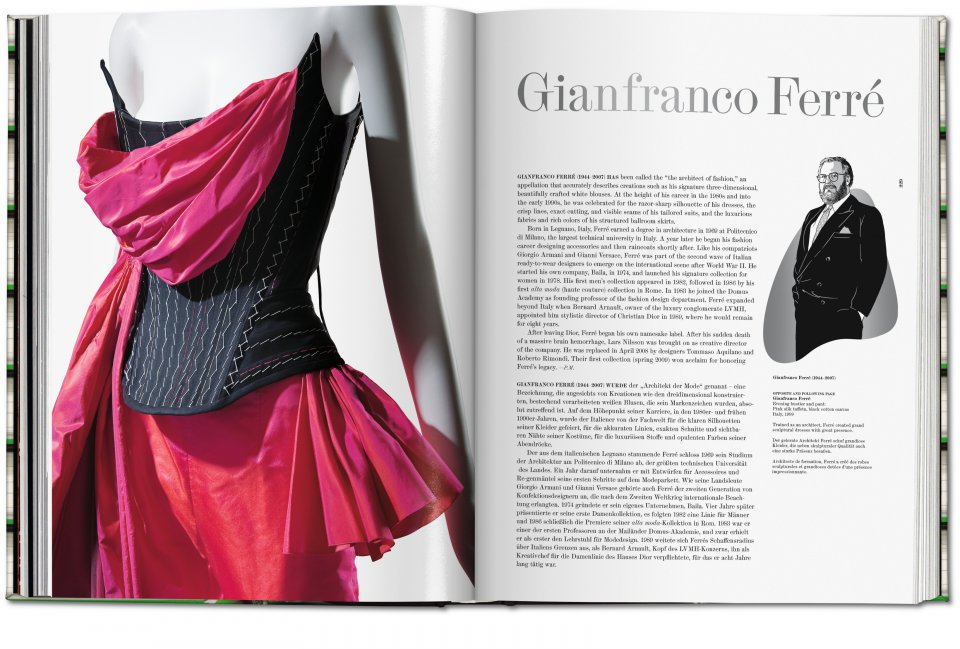 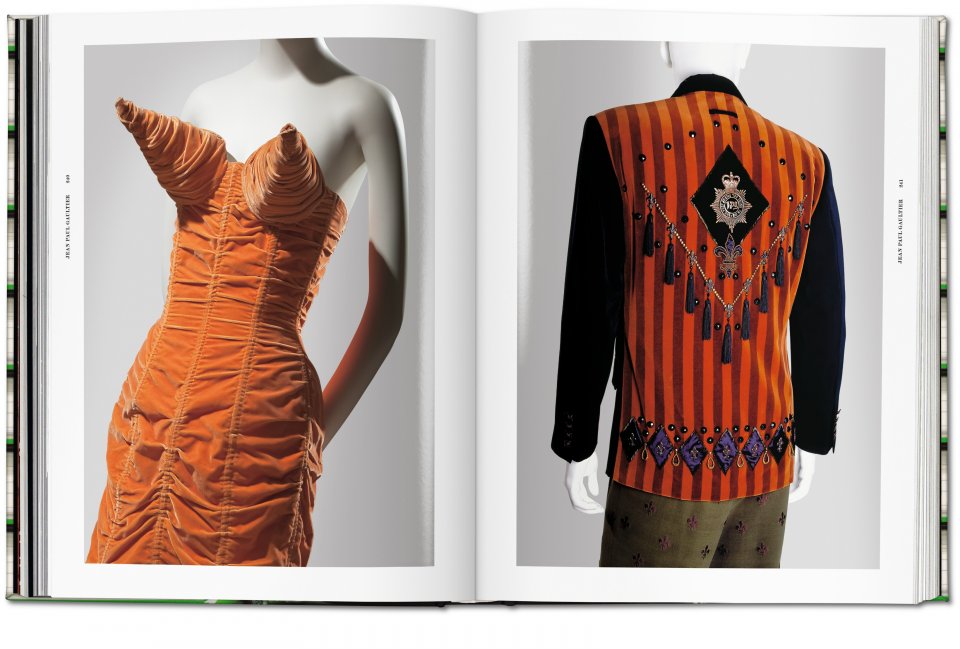 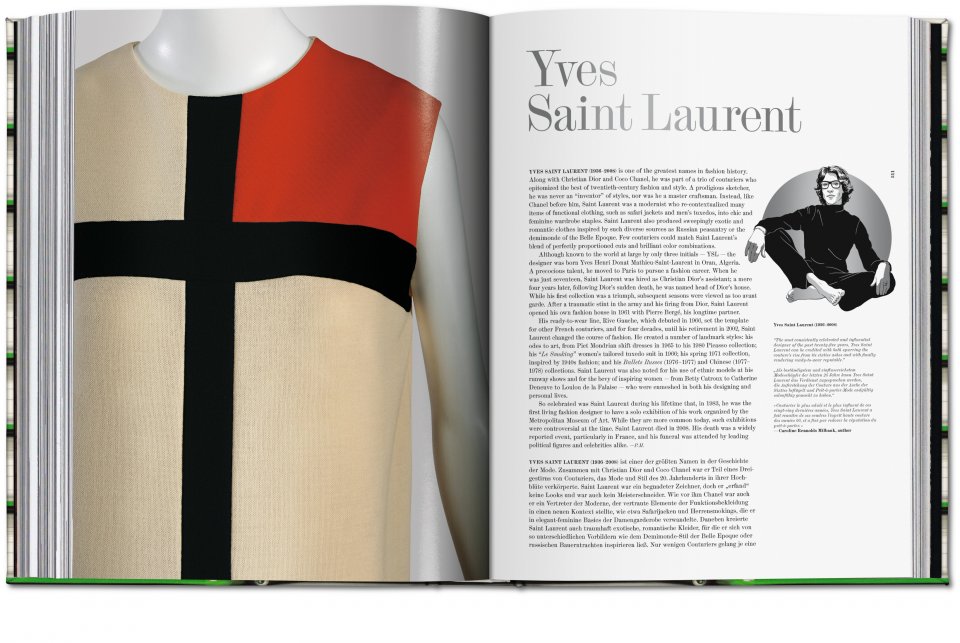 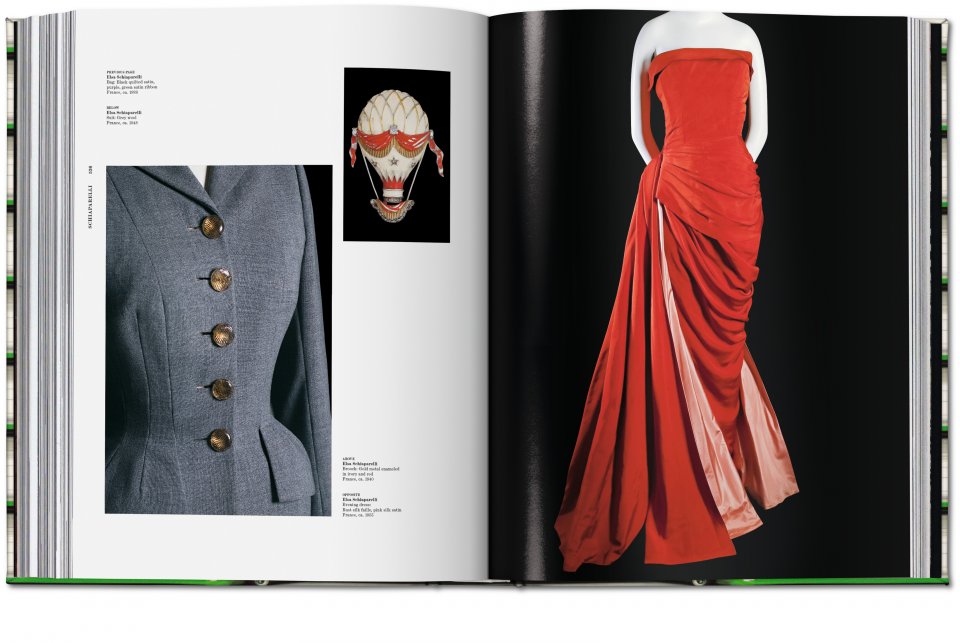 “A who’s who of style royalty.”

"From corsets to leather pants, much has transpired in the past two centuries of fashion — and now, with this month’s release of Dr. Valerie Steele’s Fashion Designers A-Z, you can flip through the decades with some of the world’s greatest designers. From Adrian to Balenciaga, Chanel to Dior, all the way through Yohji Yamamoto and Zoran, Steele, director and chief curator of The Museum at FIT, and her team have created a visually stunning chronicle, which includes photographs of selected garments from the museum’s permanent collection."

Edition of 2,000
Hardcover in acrylic slipcase, 10.3 x 13.2 in., 18.81 lb, 654 pages
US$ 750
This edition is sold out. However, occasionally, copies do become available again. Please register on our waiting list so we can inform you if this edition, or anything similar comes up.
Explore a century of fashion’s greatest: photographs of over 500 garments from the Museum at the Fashion Institute of Technology’s permanent collection illuminate more than 100 designers and their resonating influence on fashion history, with the most remarkable pieces explored in their own right. An instant classic, this title is a one-of-a-kind addition to all fashion libraries.

Limited Edition of 2,000 copies, numbered and bound in fabric created by the designer

Reprinted especially for the Akris Edition of 2,000 copies, designer Albert Kriemler’s iconic “Grand Prix” digital photo print was created for his Akris Spring/Summer collection 2012. “In the spirit of the devil-may-care elegance of John Frankenheimer’s 1966 movie Grand Prix” (Kriemler), the race cars whizzing by on silk crêpe found a suitable patroness: H.S.H. Princess Charlene of Monaco wore an Akris shift dress with the “Grand Prix” print to the Formula One races in Monte Carlo. 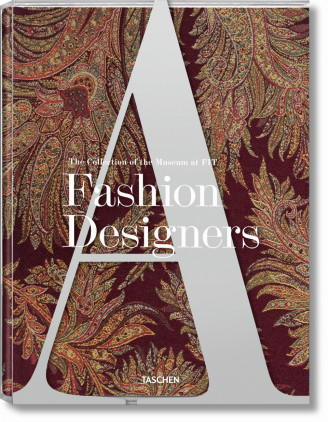 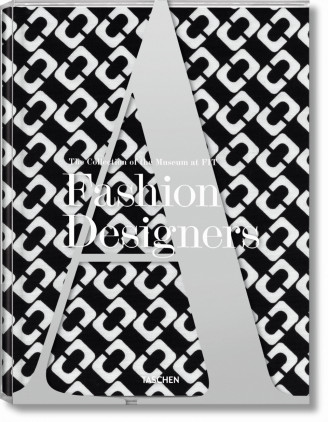 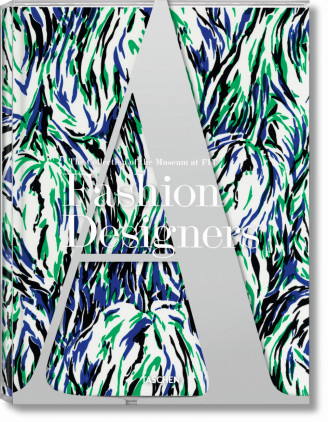 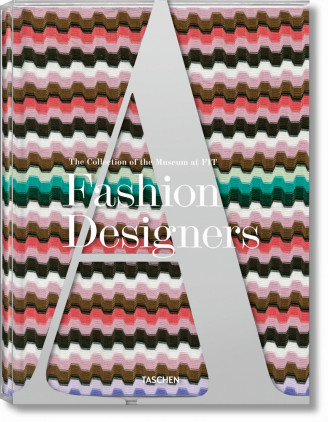 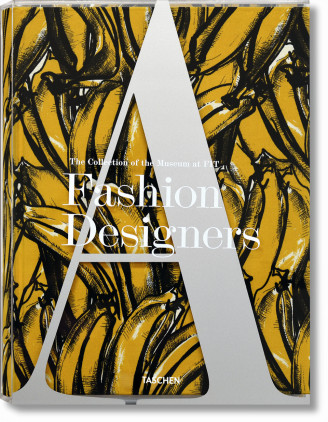 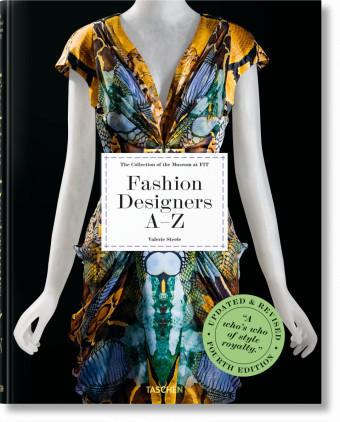