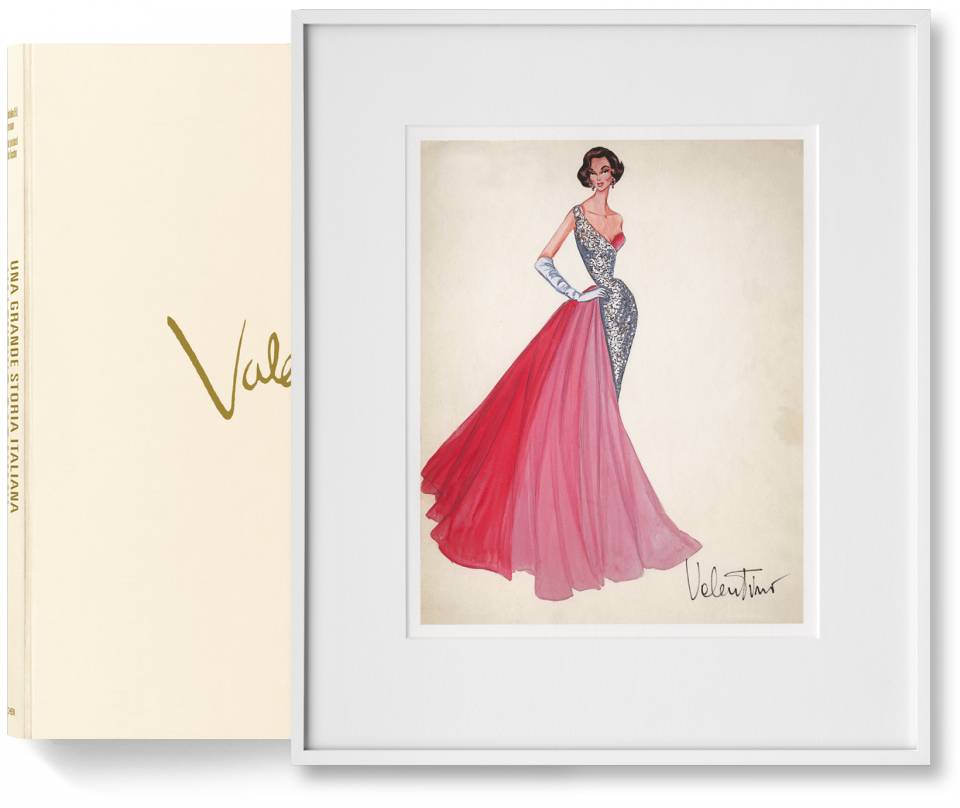 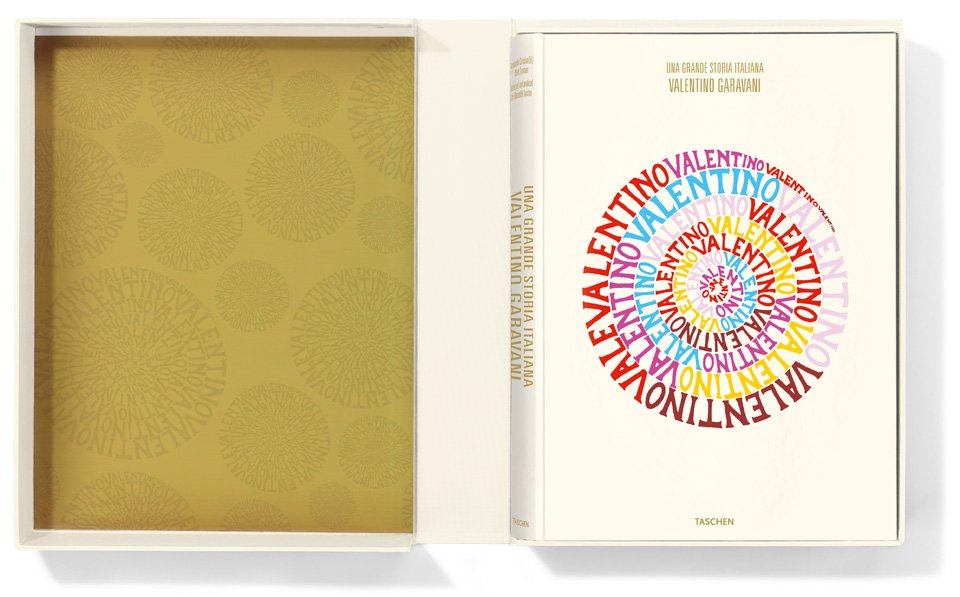 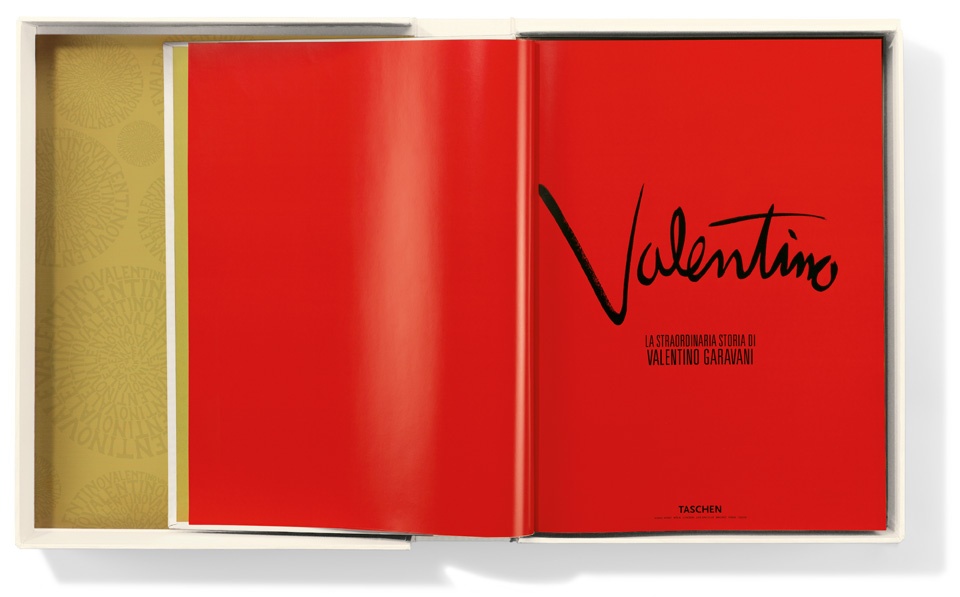 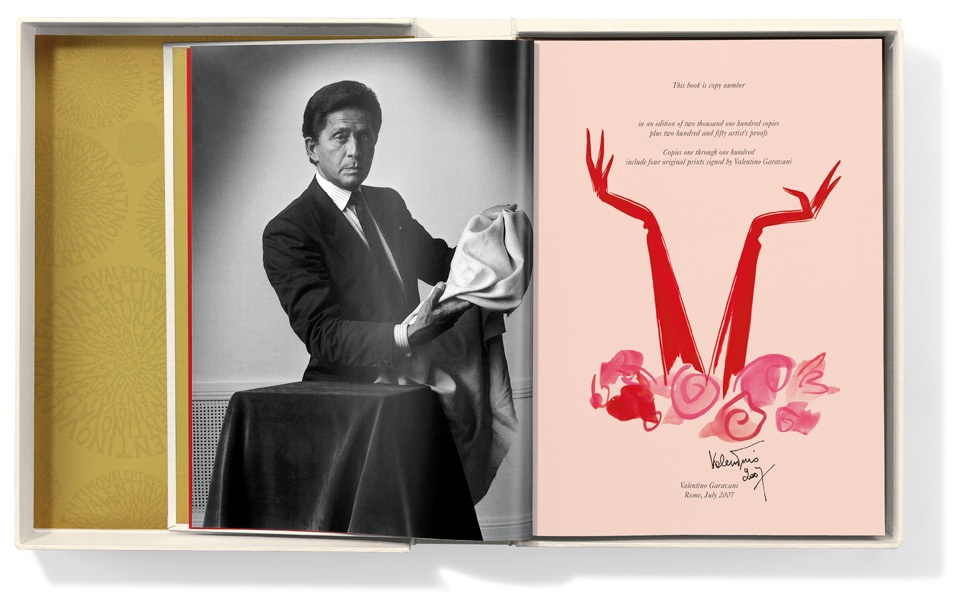 Edition of 100
4 prints of original drawings, 11.2 x 14.2 in. on 12.9 x 17.3 in. paper, hardcover volume with gilt-edged pages, bound in setalux book cloth, in clamshell box finished in calf leather, 13 x 17.3 in., 738 pages
US$ 7,000
This edition is sold out. However, occasionally, copies do become available again. Please register on our waiting list so we can inform you if this edition, or anything similar comes up.
As beautiful and luxurious as one of his gowns, this Art Edition is a most exquisite homage to Valentino, combining an exclusive signed monograph in a calf-leather clamshell box with four prints of original drawings from the 1950s and 1960s, each signed by Valentino, and including original designs for Jacqueline Kennedy and Princess Pignatelli.

Art Edition, limited to 100 numbered copies (No. 1–100), each signed by Valentino and accompanied by four prints of original drawings from the 1950s and 1960s

The glamorous life and work of Valentino Garavani

Think Valentino: think luxury, think elegance, think red carpet. Fashion’s beloved upholder of refined decadence and the most exciting couturier in business is known around the globe simply by his first name. Only a few years after opening his fashion house in Rome in 1959, the designer counted Elizabeth Taylor, Jackie Kennedy, and Audrey Hepburn among his devotees. Over 40 years later, not much has changed—he’s still dressing the top celebrities, from Gwyneth Paltrow to J.Lo, while his business has now grown into one of the most famous fashion houses in the world.

Never wavering from his signature style even when grunge, deconstruction, and other passing fads were all the rage, Valentino has always designed clothes for glamorous and sophisticated women. Though his couture division almost never makes a profit (his ready-to-wear lines are what fuel the business), his heart is most solidly devoted to the magnificent haute couture gowns that earned him his reputation as fashion’s most talented dressmaker.

This opulent Art Edition is the ultimate homage to Valentino,combining an exclusive signed monograph with four prints of original drawings from the 1950s and 1960s, each signed by Valentino. A privileged inside look at the designer’s working process, these exquisite drawings include original designs for Princess Pignatelli and Jacqueline Kennedy, complete with fabric samples.

The book’s featured images come directly from Valentino’s archives and include drawings, magazine shoots, advertisements, portraits of Valentino, and documentary photographs. Presented chronologically, the visual material is accompanied by a vast array of newspaper and magazine articles about Valentino throughout the years as well as Vanity Fair writer Matt Tyrnauer’s interviews with 20 of Valentino’s closest collaborators and friends and a tribute from fashion writer Suzy Menkes.

Art Edition, limited to 100 numbered copies (No. 1–100), each signed by fashion designer Valentino and accompanied by four prints of original drawings from the 1950s and 1960s

Matt Tyrnauer is Special Correspondent for Vanity Fair magazine, where he has written and edited numerous features over the years. Among them are stories on Martha Stewart, Siegfried & Roy, Frank Gehry, Merv Griffin, and Valentino. He is a native of Los Angeles and lives in New York City. 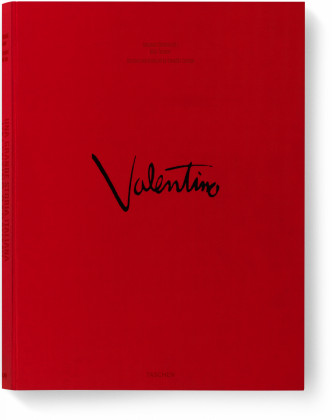 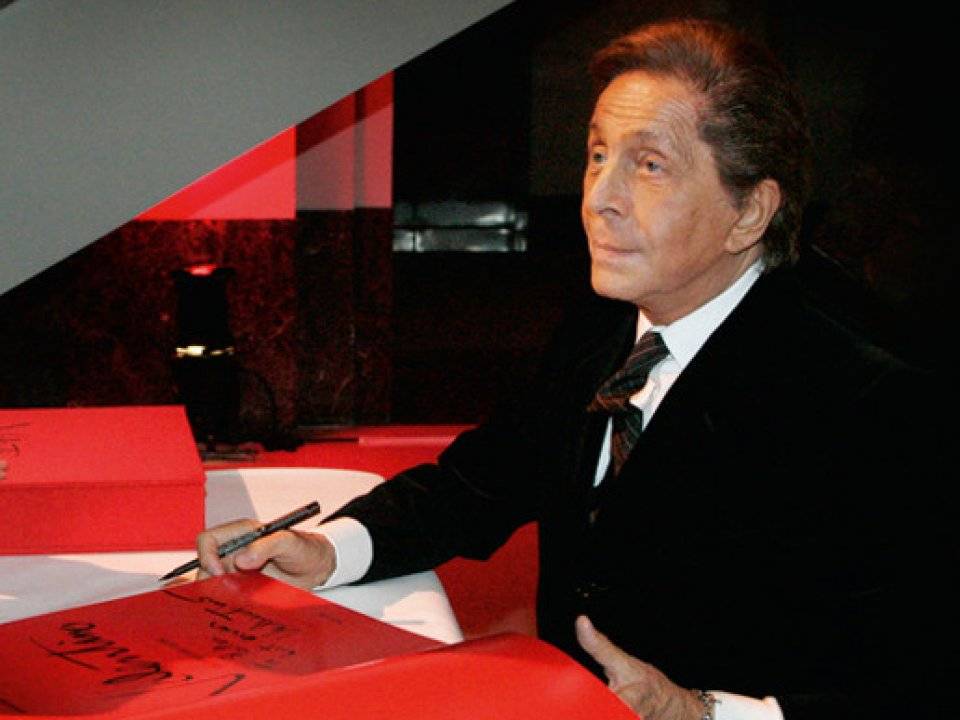