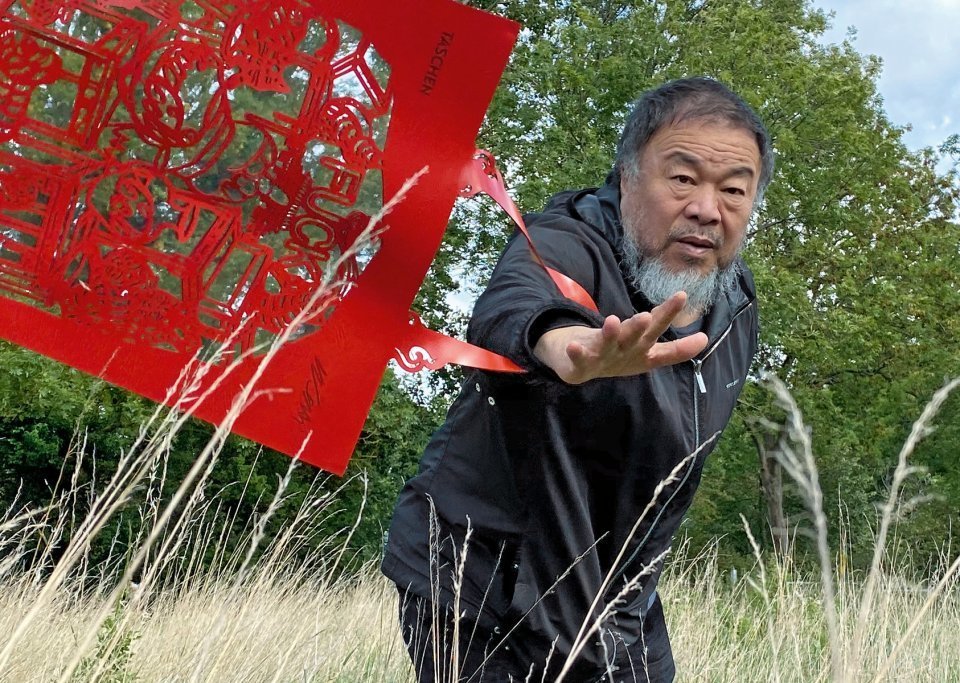 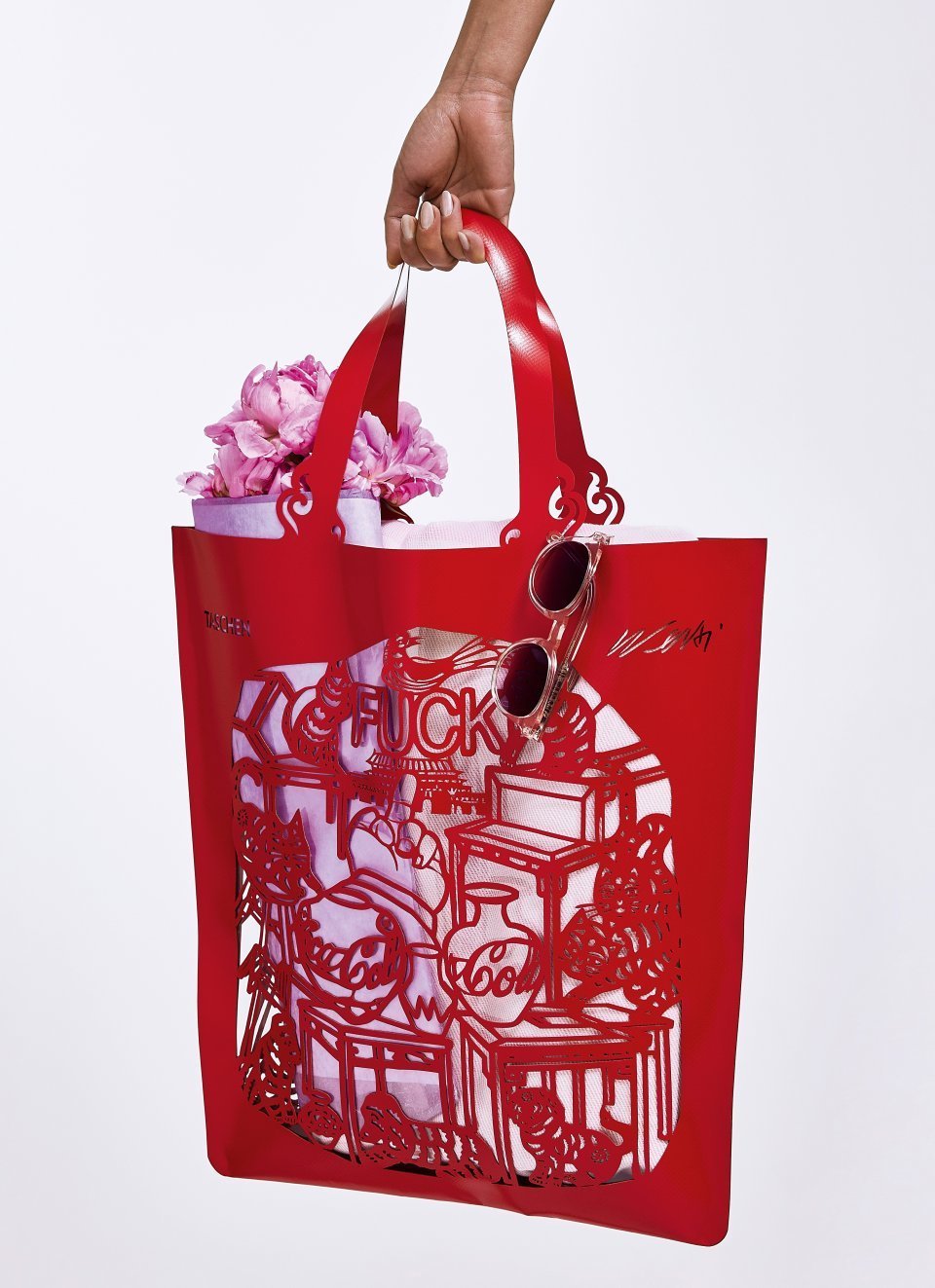 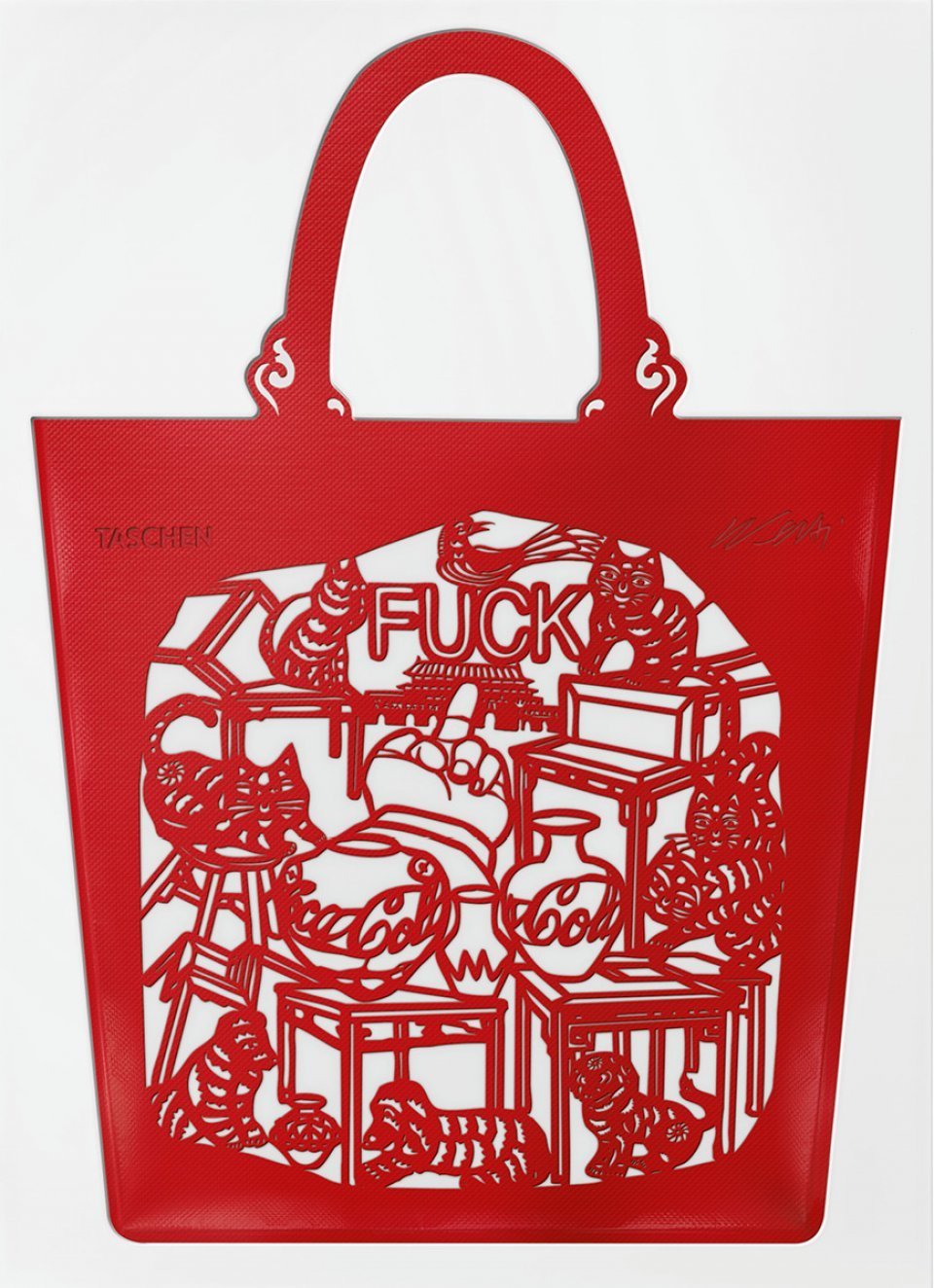 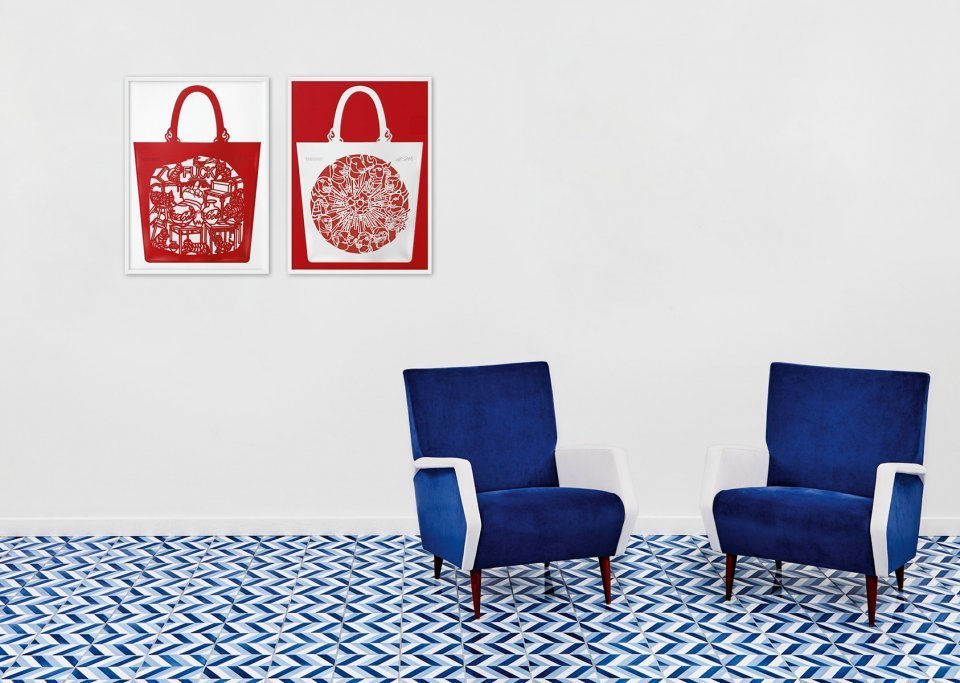 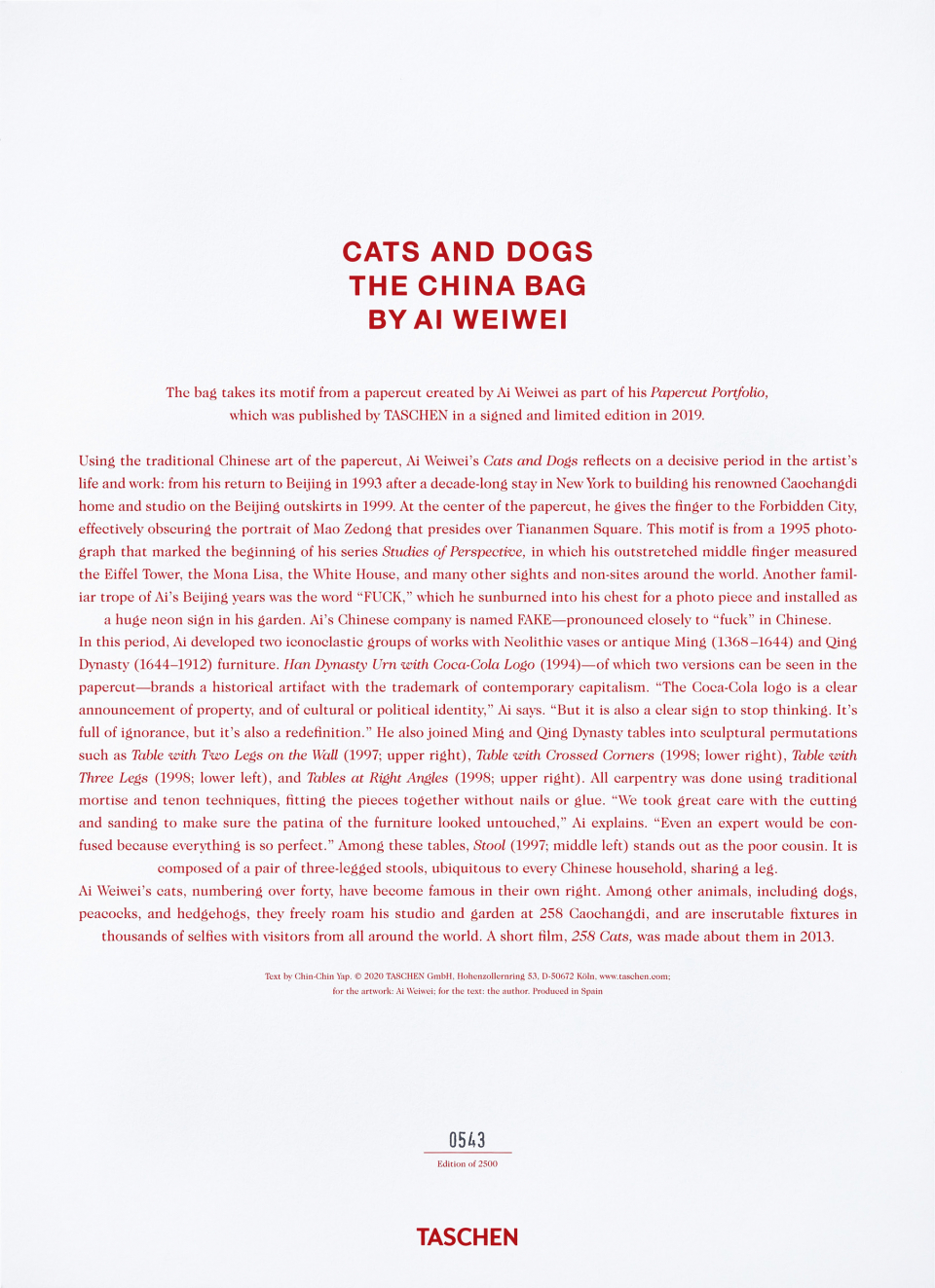 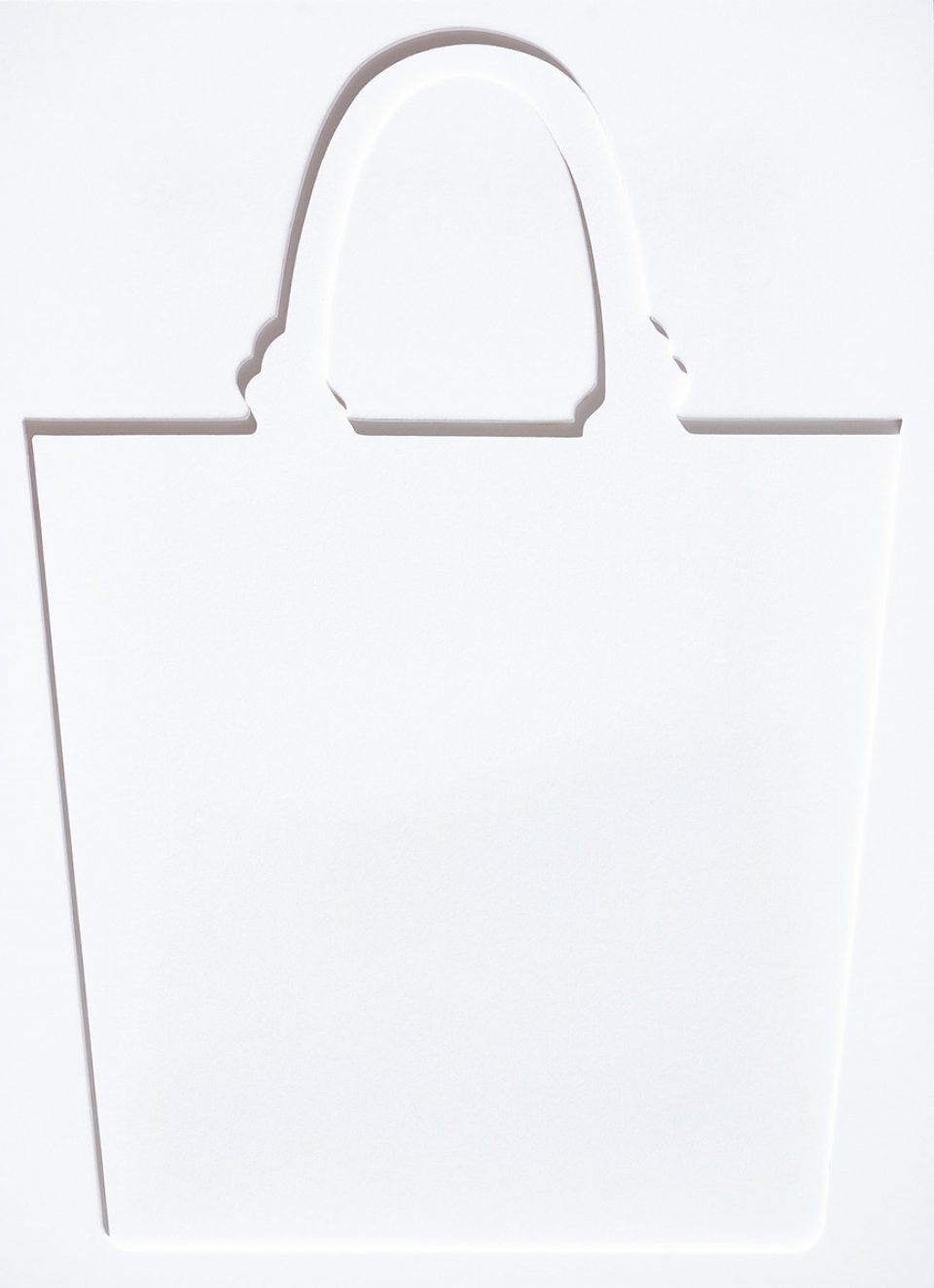 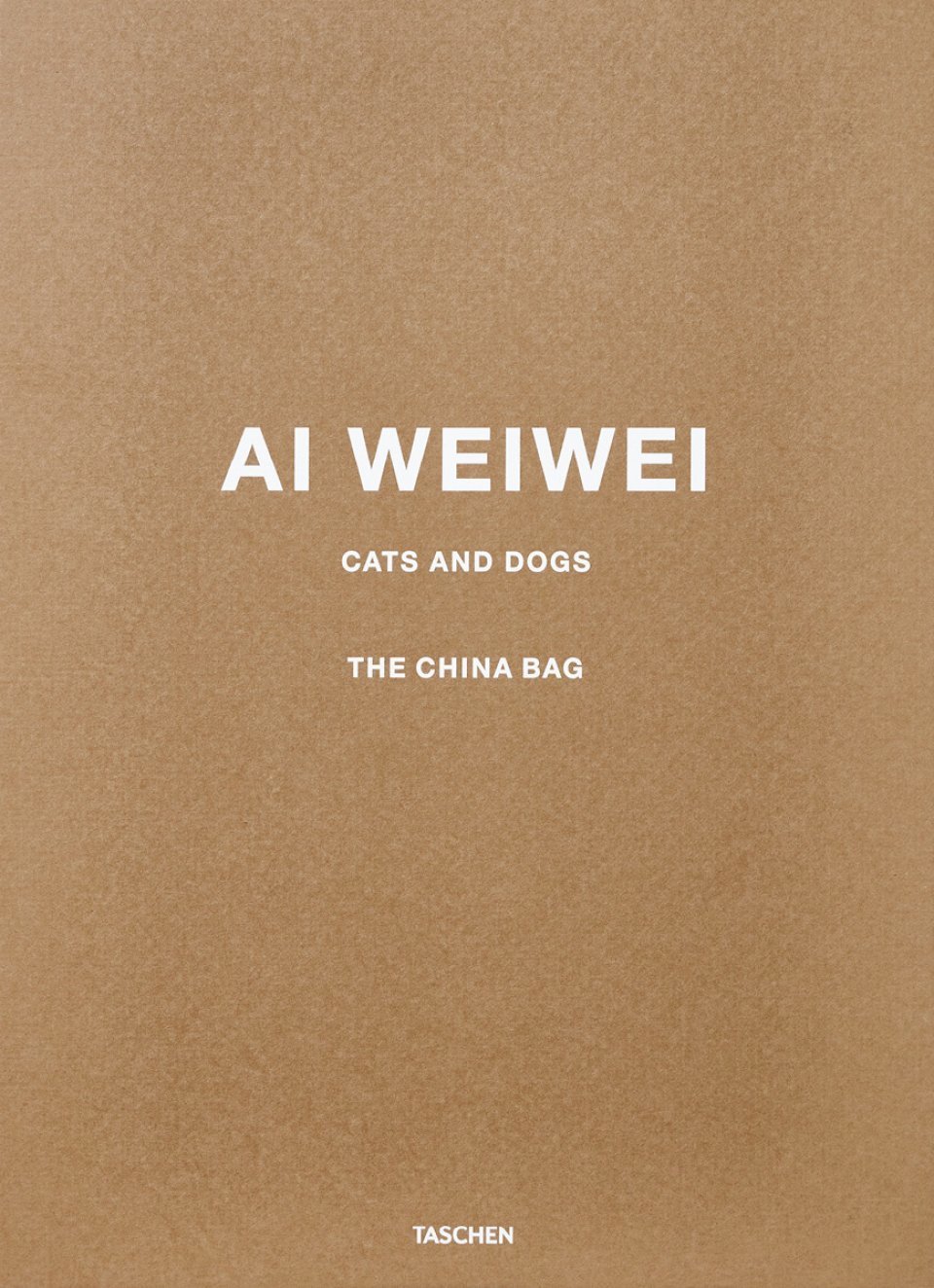 Edition of 2,500
Red PVC bag with transparent inlay, 18.5 x 25.4 in., passepartout for framing
US$ 700
This edition is sold out. However, occasionally, copies do become available again. Please register on our waiting list so we can inform you if this edition, or anything similar comes up.
Papercutting is a traditional Chinese art going back 2,000 years. The colored, intricately cut papers are used as a story-telling medium in festivities, for prayers, and as everyday decoration. The red bag takes its motif from a papercut created by Ai Weiwei as part of his Papercut Portfolio, published by TASCHEN in 2019: Cats and Dogs, his reflection on works from the 1990s, when he returned to Beijing from New York and found his artistic identity.

The China Bag ‘Cats and Dogs’

“My work is often about redefining objects,” says Ai Weiwei. In his works, he uses prehistoric clay vases, antique furniture, demolished wooden pagodas, and the bicycles that were once omnipresent in China, and changes our perception of these objects. In the collector’s edition China Bags, Ai transfers the 2000-year-old cultural technique of the Chinese papercut to an everyday object: the tote bag. The China Bags are, on the one hand, art objects—which can be framed in the supplied passepartout and hung on the wall—and, on the other hand, they are fully functional, thanks to a transparent inner pocket. Ai Weiwei’s filigree laser-cut design and the transparent inlay are made of robust PVC plastic. The bag is released in a limited edition exclusively for TASCHEN.

As the motif for this red tote bag, Ai chose his papercut Cats and Dogs. This motif reflects a decisive phase in Ai’s work, the period following his return to Beijing in 1993, after an 11-year-long stay in New York, and the building of his Caochangdi home and studio on the Beijing outskirts in 1999. We see him give the finger to the Forbidden City, the first piece in his Studies of Perspective, in which he “measures” his outstretched middle finger against tourist attractions around the world. The word “FUCK” is another familiar trope of Ai’s Beijing years, which he spelled in a huge neon sign in his studio garden. The Neolithic vases emblazoned with the Coca-Cola logo, come from his Han Dynasty Vase series, and rest here on Ming and Qing Dynasty tables. The works are depicted in this papercut as they would be displayed at the studio, surrounded by animals, including the dogs and countless cats that freely roam the house and garden.

The picture frame seen here is for display purposes only; the bag is sold unframed but with a passepartout. 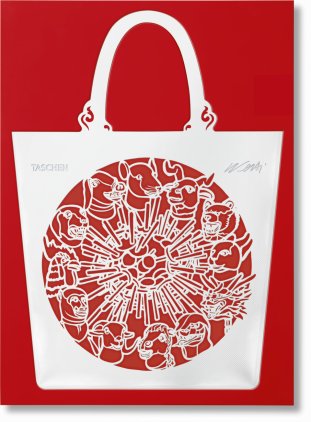 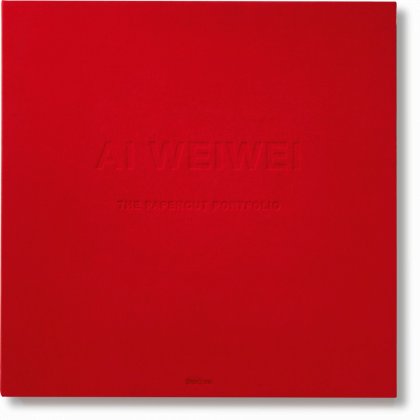 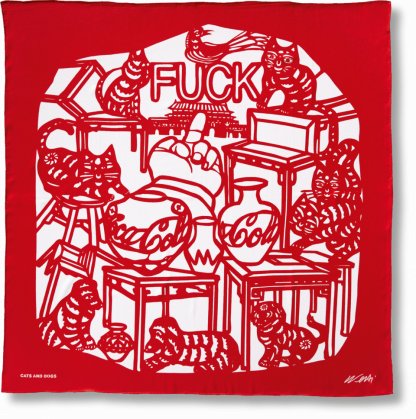 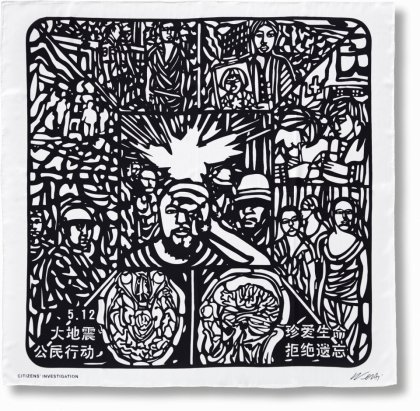 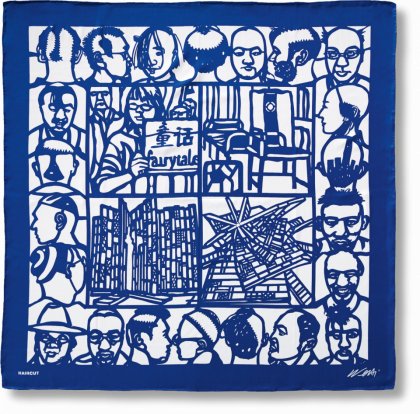 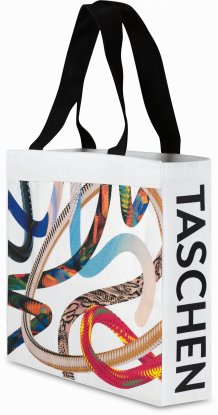 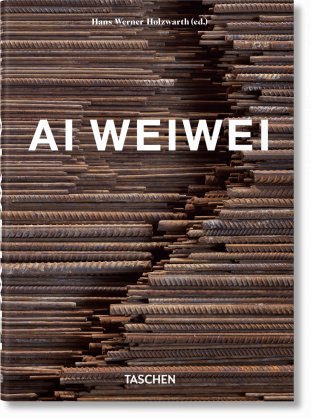