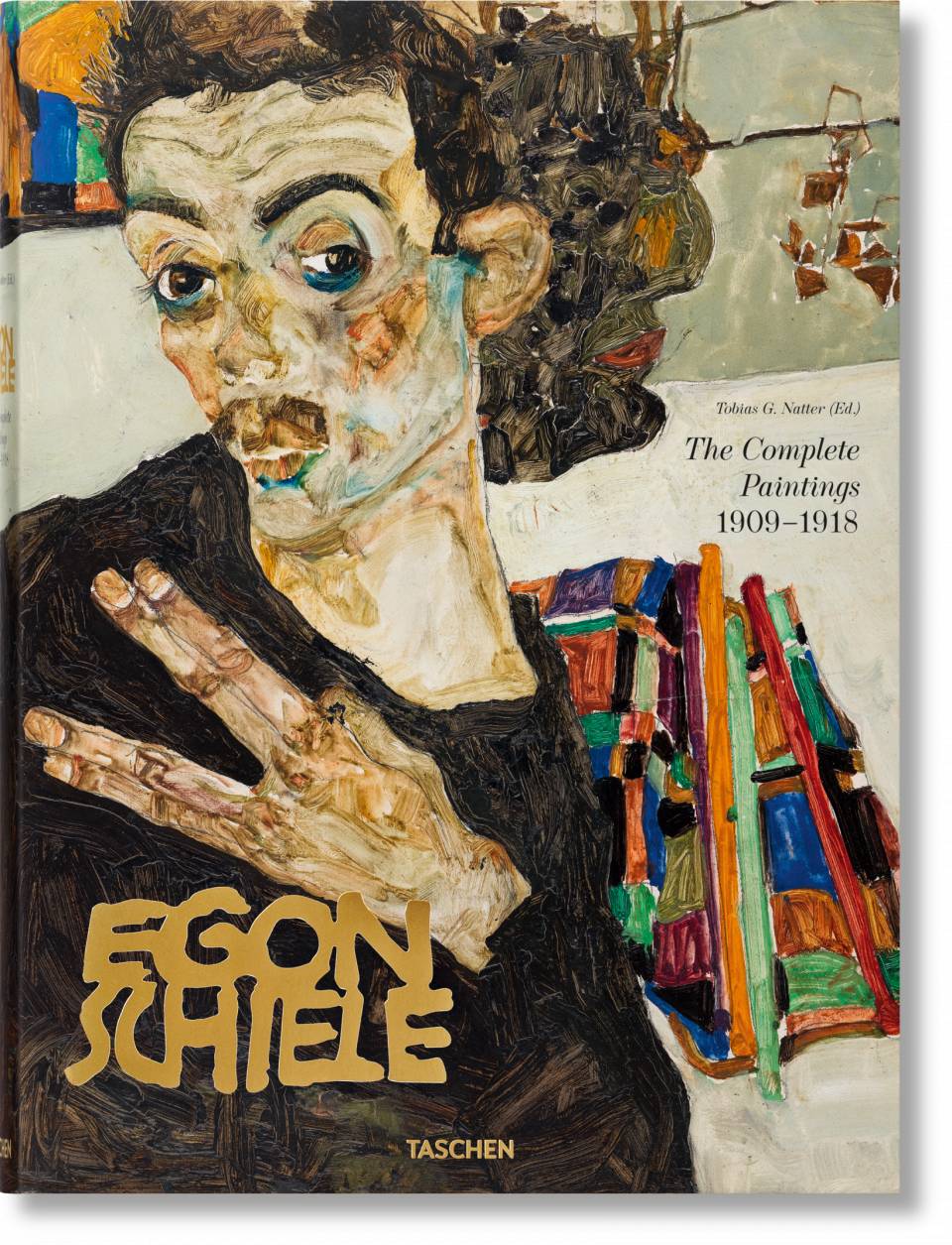 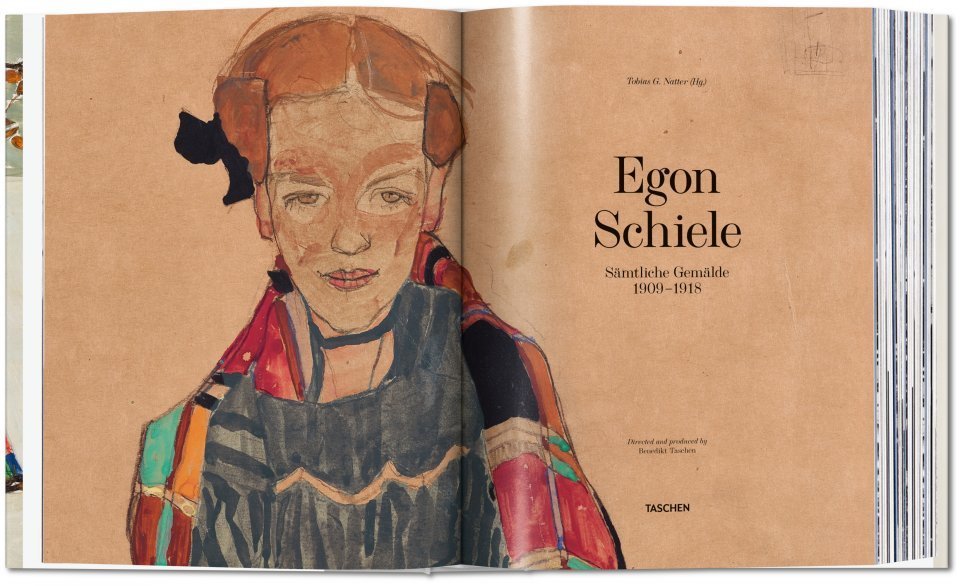 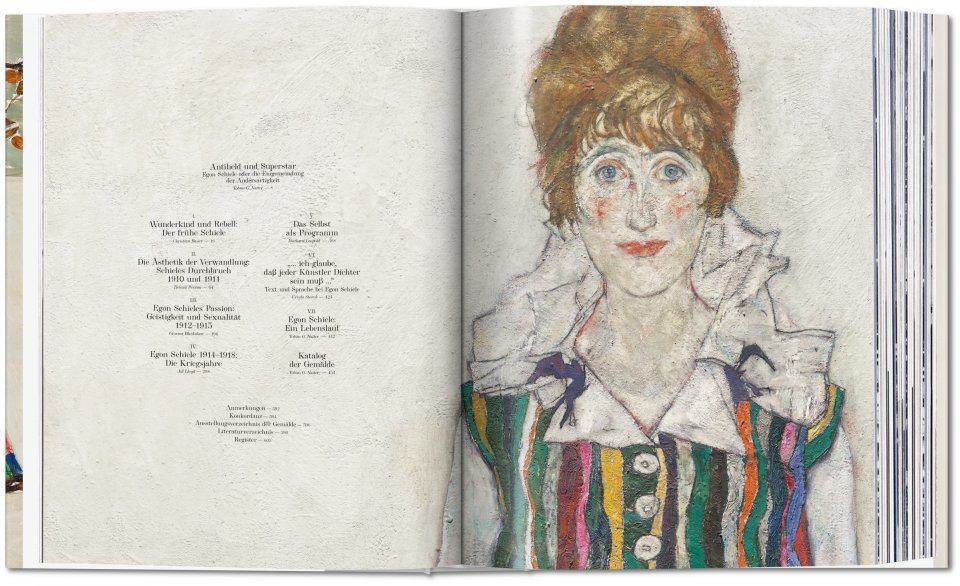 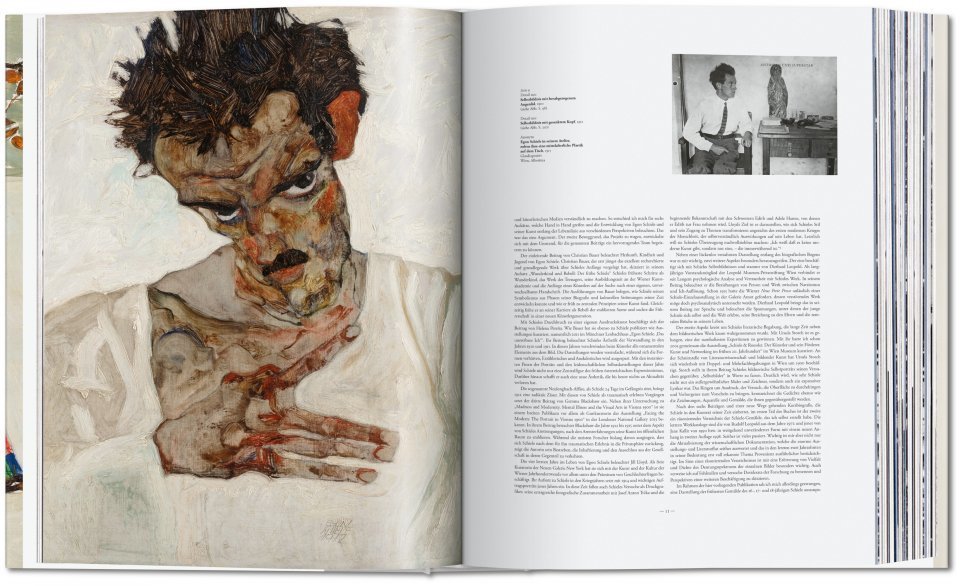 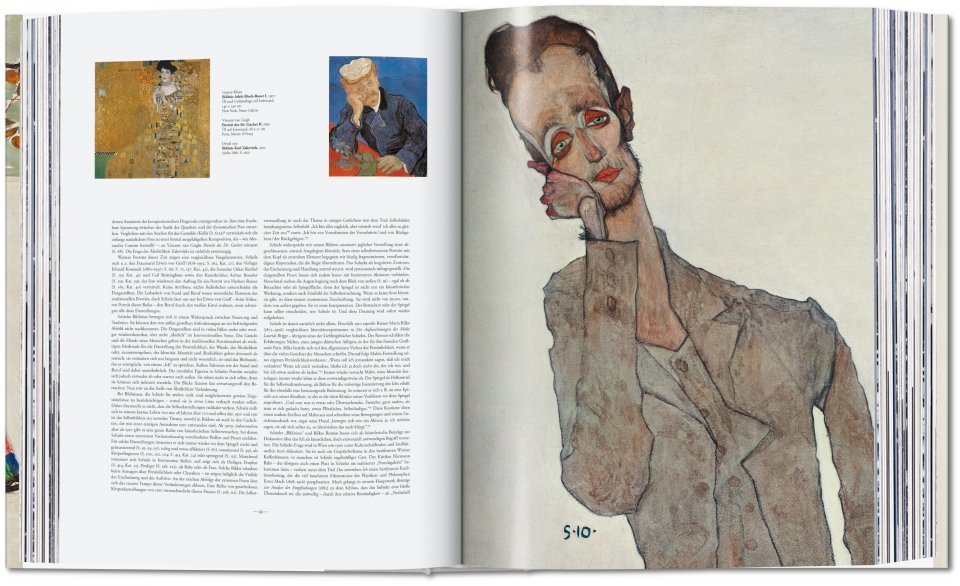 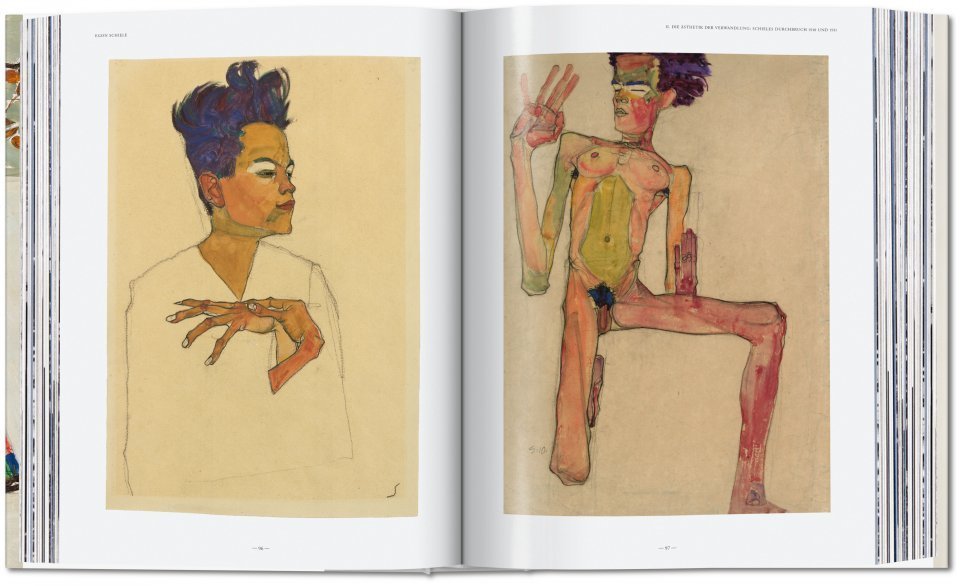 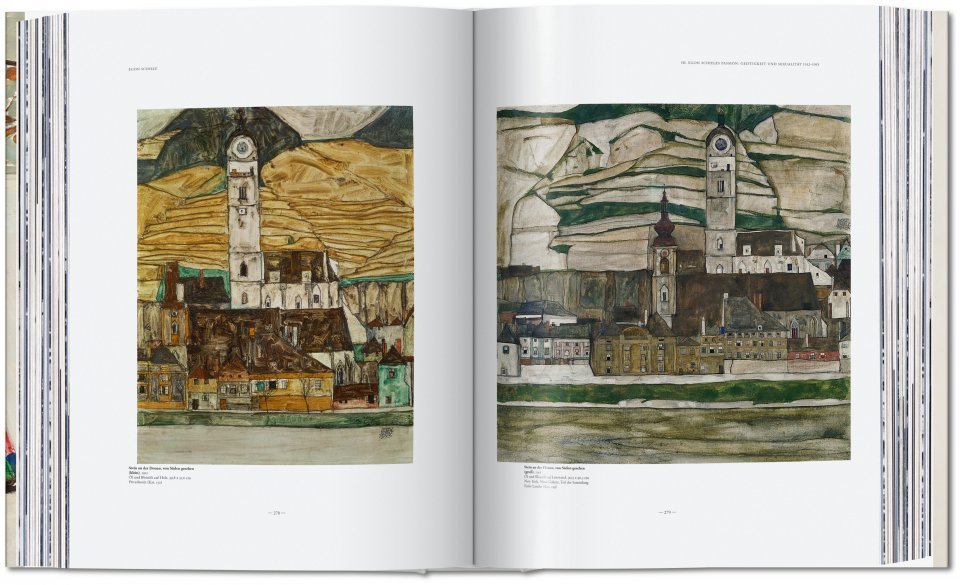 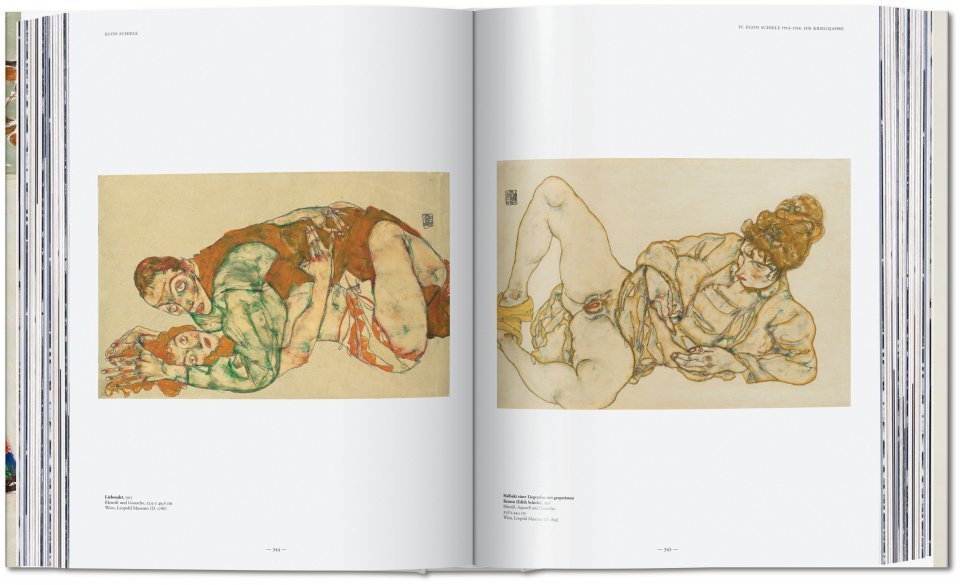 “Schiele’s daringly explicit drawings are so immaculately reproduced that you could cut them out and frame them.”

Hardcover, 9.8 x 13.4 in., 8.40 lb, 608 pages
New edition, only US$ 80
Original edition US$ 200
Save US$ 120
Enter your email address here and we will notify you when copies become available:
A century after his death, Egon Schiele continues to stun with his contorted lines, distorted bodies, and eroticism. Derived from the best-selling XXL edition for which many works were newly photographed, this book presents the complete catalogue of Schiele paintings from 1909–18, the fertile last decade of his life, with nearly 600 illustrations, expert insights and Schiele’s personal writings.
Table of Contents

The definitive 1909–18 catalogue of Egon Schiele

After Egon Schiele (1890–1918) freed himself from the shadow of his mentor and role model Gustav Klimt, he had just ten years to inscribe his signature style into the annals of modernity before the Spanish flu claimed his life. Being a child prodigy quite aware of his own genius and a passionate provocateur, this didn’t prove to be too big a challenge.

His haggard, overstretched figures, drastic depiction of sexuality, and self-portraits in which he staged himself with emaciated facial expressions bordering between brilliance and madness had none of the decorative quality of Klimt’s hymns of love, eroticism, and yearning devotion. Instead, Schiele’s work spoke of a brutal honesty, one that would upset and irreversibly change Viennese society.

Although his works were later defamed as “degenerate” and for a time were almost forgotten altogether, they influenced generations of artists—from Günter Brus and Francis Bacon to Tracey Emin. Today, his formerly misunderstood oeuvre continues to fetch exorbitant prices on the international art market.

Derived from the best-selling XXL edition for which many works were newly photographed, this definitive book retraces the fertile last decade of Schiele’s life in nearly 600 illustrations. The 221 paintings and 146 drawings are accompanied by excerpts from Schiele’s countless writings and poems, as well as essays introducing his life and oeuvre, to situate the Austrian master in the context of European Expressionism and trace his extraordinary legacy.