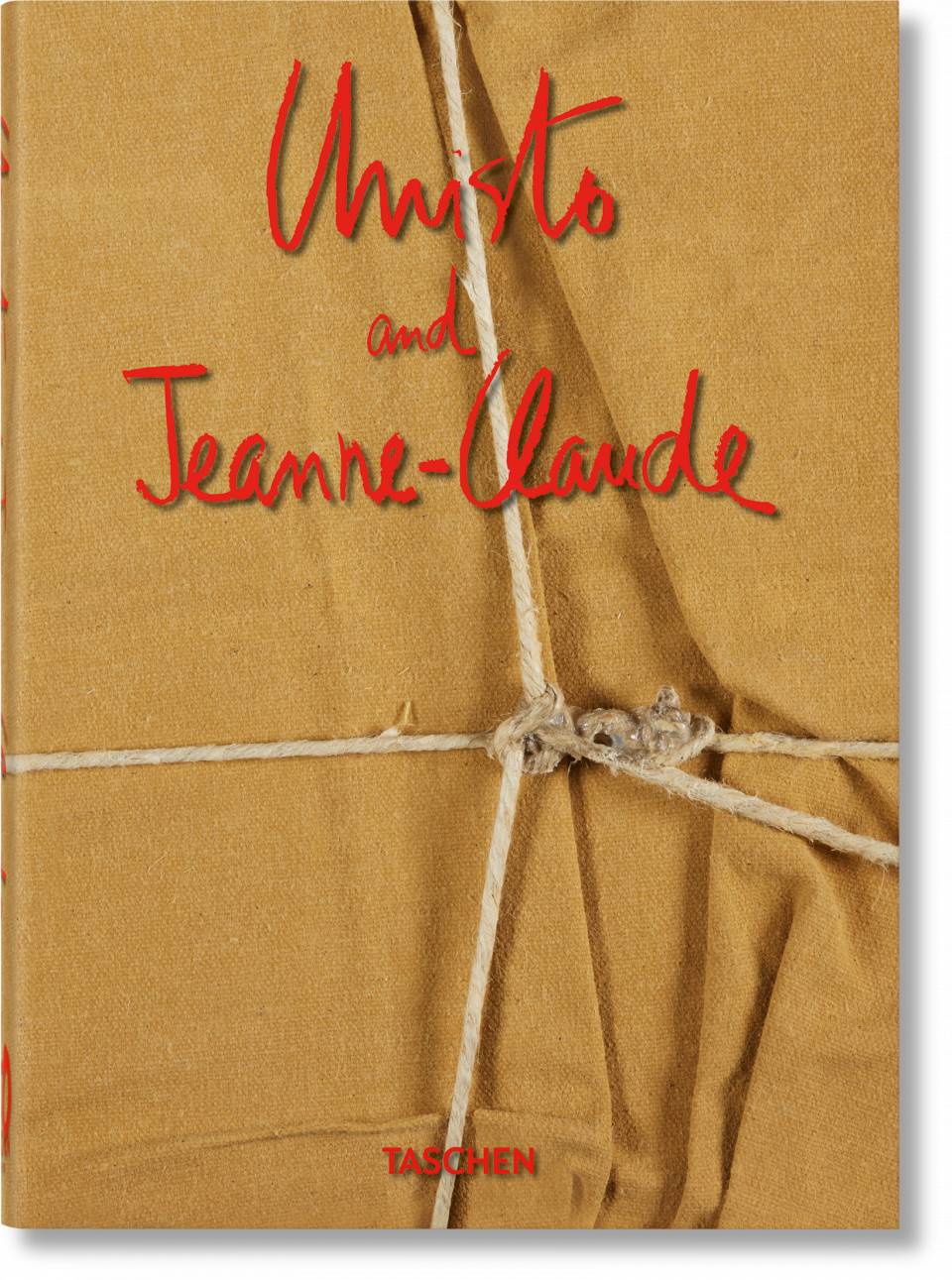 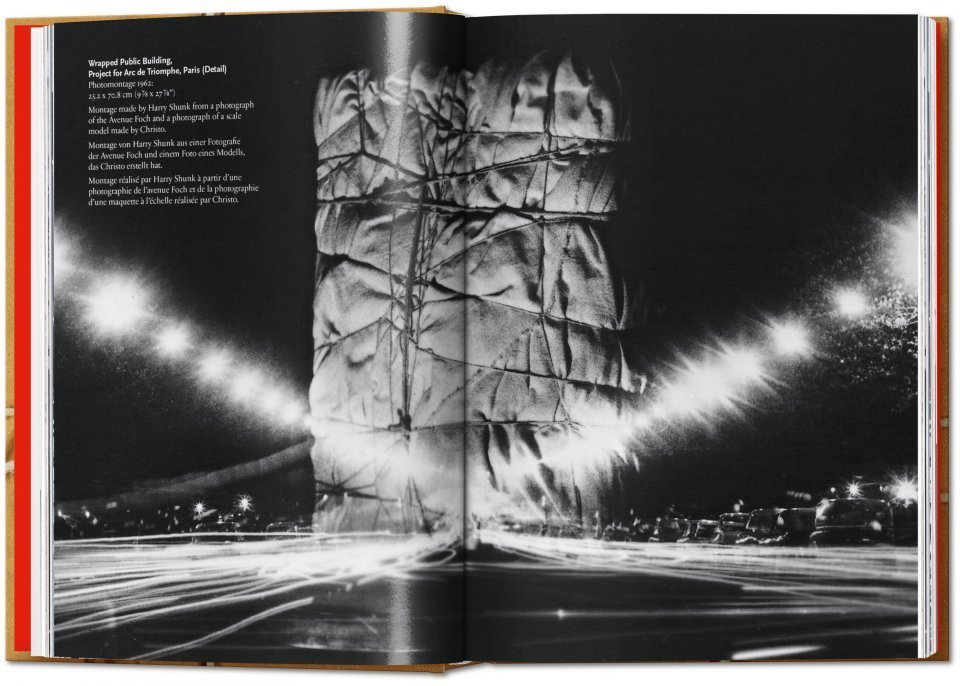 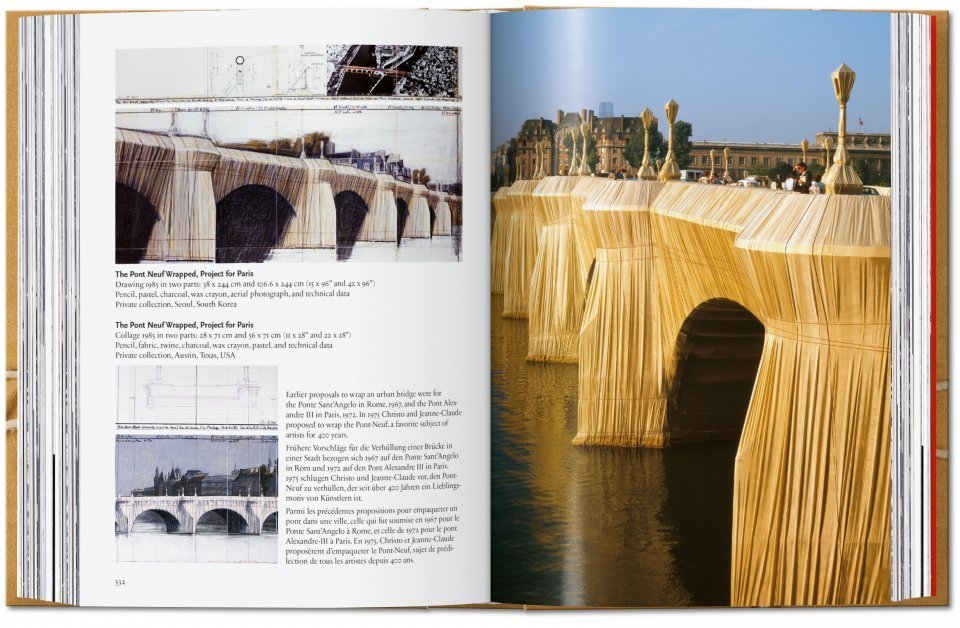 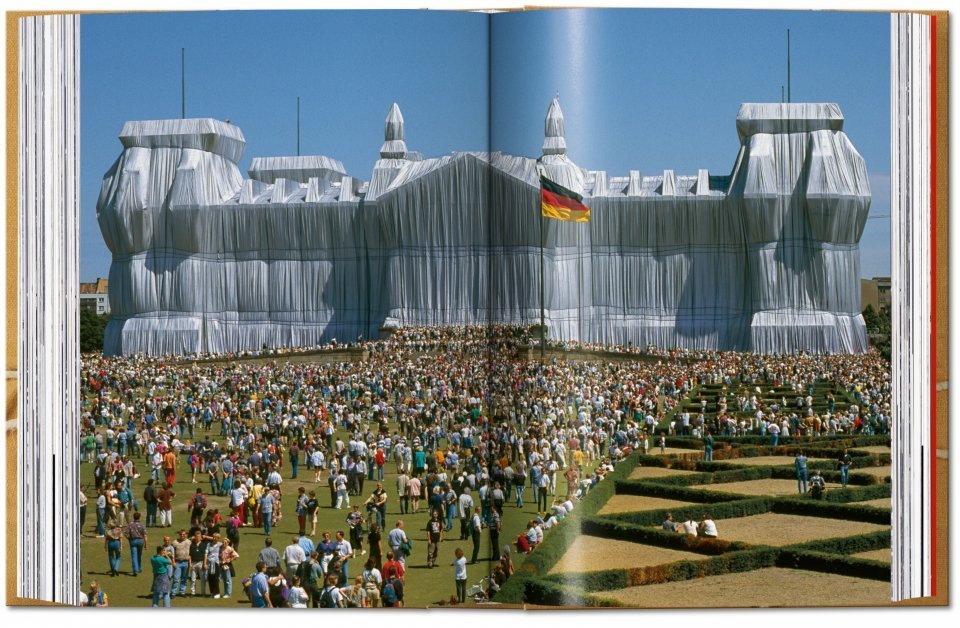 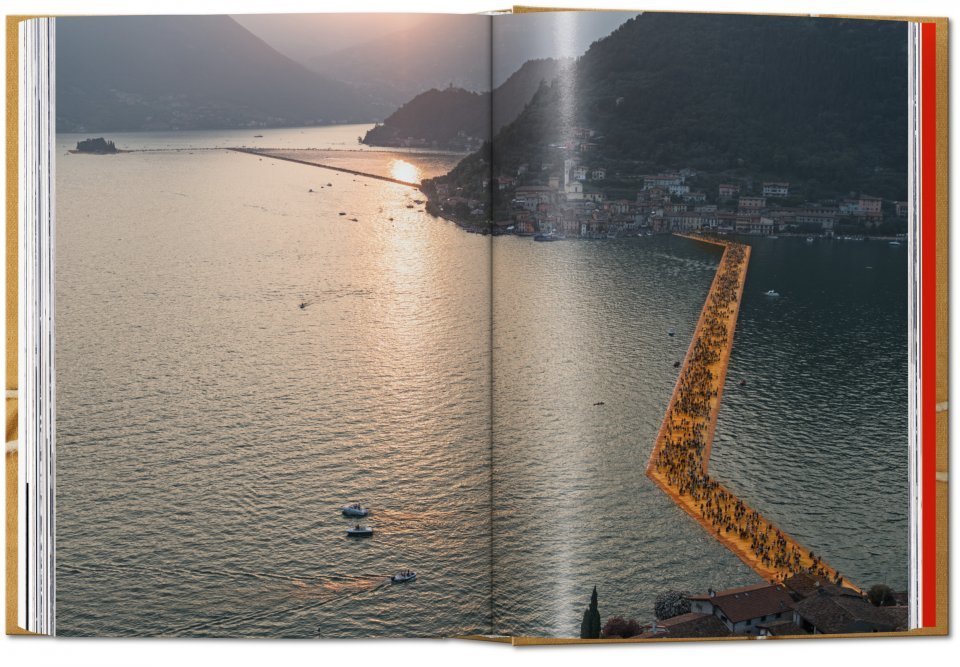 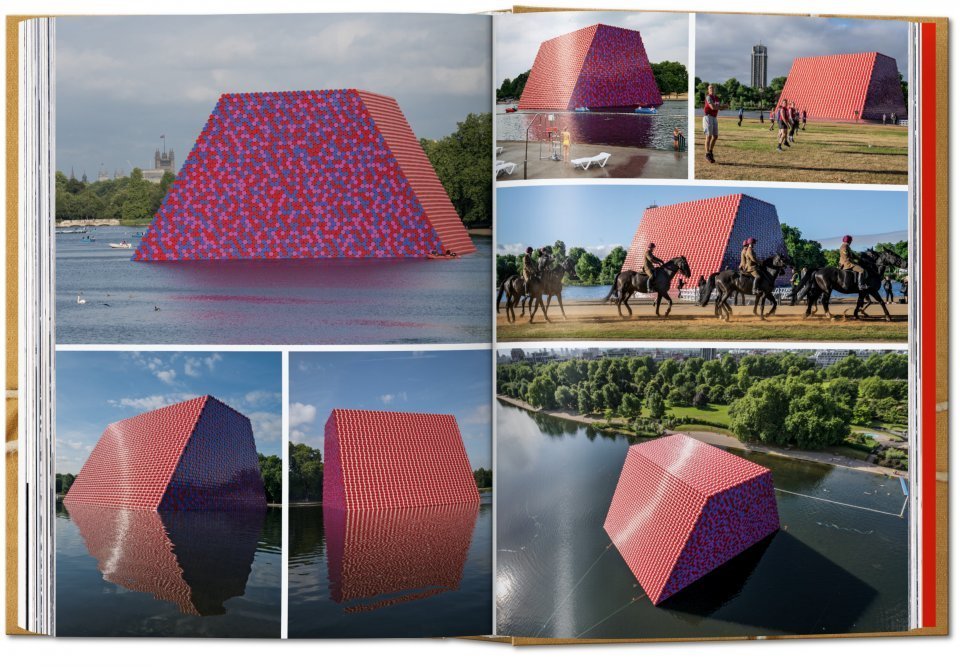 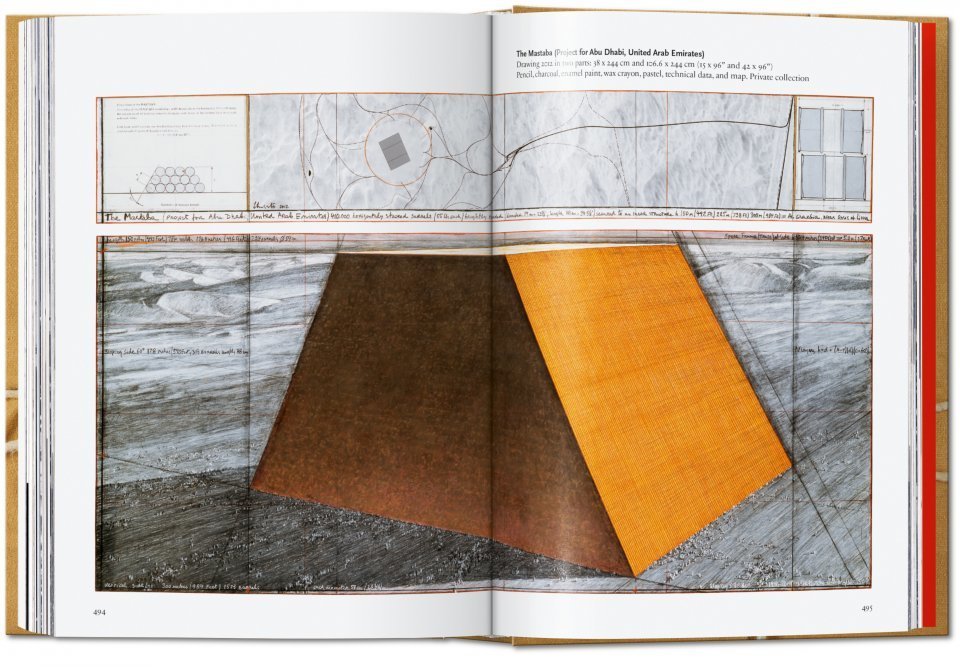 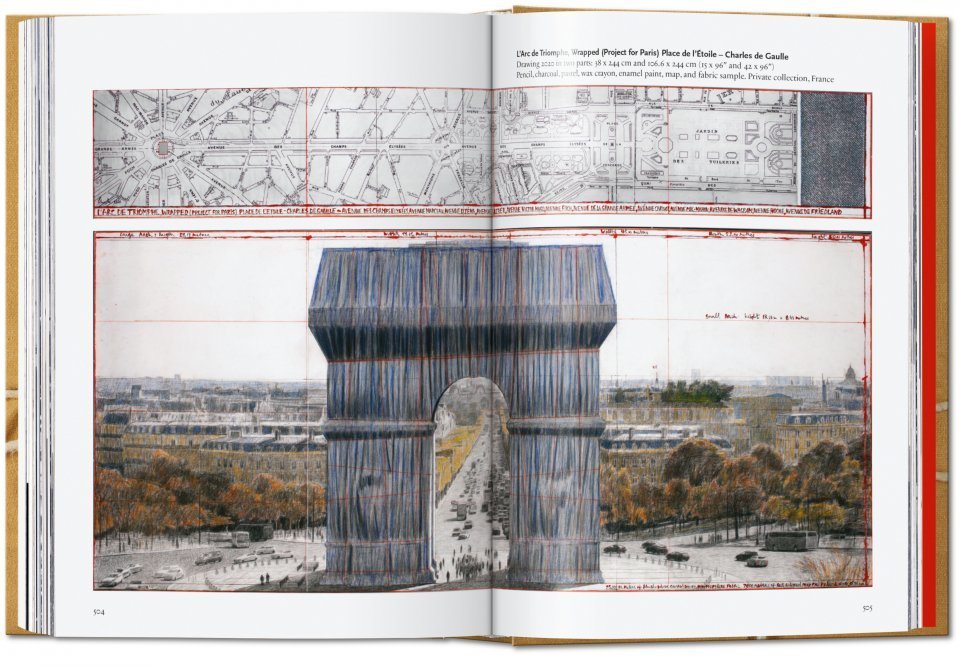 “Each project is like a slice of our lives, part of something that I will never forget.”

Hardcover, 6.1 x 8.5 in., 3.24 lb, 512 pages
US$ 30
The most comprehensive overview of Christo and Jeanne-Claude to date, now available in a compact edition. Hundreds of photographs and original works trace their unparalleled oeuvre and offer a glimpse at works in progress like The Mastaba, Project for the United Arab Emirates and L’Arc de Triomphe, Wrapped, Project for Paris.
Table of Contents

Add all 42 titles of the 40th Ed. series that are still missing from your cart!

The XXL exploration, now in a condensed handbook

The works of Christo and Jeanne-Claude are monuments of transience. Gigantic in scale, they are always temporary, created to exist only for a limited time and to leave unique, unrepeatable impressions. “From the smallest of the Packages made in Paris in the early 1960s, to the delicate pattern of hundreds of branches embraced by a translucent fabric veil... in Christo and Jeanne-Claude’s works there is nothing abstract, nothing imagined; it is all there—corporeal and tangible.” (Lorenza Giovanelli)

Part biography, part critical analysis, part catalogue, this updated edition brings back TASCHEN’s best-selling Collector’s Edition. It spans Christo and Jeanne-Claude’s entire work, from early drawings and family photos to plans for future projects. Hundreds of photographs and original works trace the couple’s projects from the past 10 years, including The Floating Piers and The London Mastaba, as well as works in progress such as The Mastaba, Project for the United Arab Emirates and L’Arc de Triomphe Wrapped, Paris.

Together with the comprehensive photographic documentation by Wolfgang Volz this book is a celebration of the work of two artists whose imagination has affected the landscape of every continent.

Christo and Jeanne-Claude
Hardcover, 6.1 x 8.5 in., 3.24 lb, 512 pages
ISBN 978-3-8365-8077-9
Multilingual Edition: English, French, German
TASCHEN is 40! Since we started our work as cultural archaeologists in 1980, TASCHEN has become synonymous with accessible publishing, helping bookworms around the world curate their own library of art, anthropology, and aphrodisia at an unbeatable price. Today we celebrate 40 years of incredible books by staying true to our company credo. The 40 series presents new editions of some of the stars of our program—now more compact, friendly in price, and still realized with the same commitment to impeccable production.

The wraps of Christo and Jeanne-Claude reveal by hiding the essence of art. There are no more borders to pack the world.

This book covers the whole story of Christo & Jeanne-Claude. It is a musthave for admirers of his/their art and projects. A complete overview of exhibitions even contained info over a small one in France, that I visited. It comes at a stunning low price, even in hardcover. A book to take in your hands on and on. 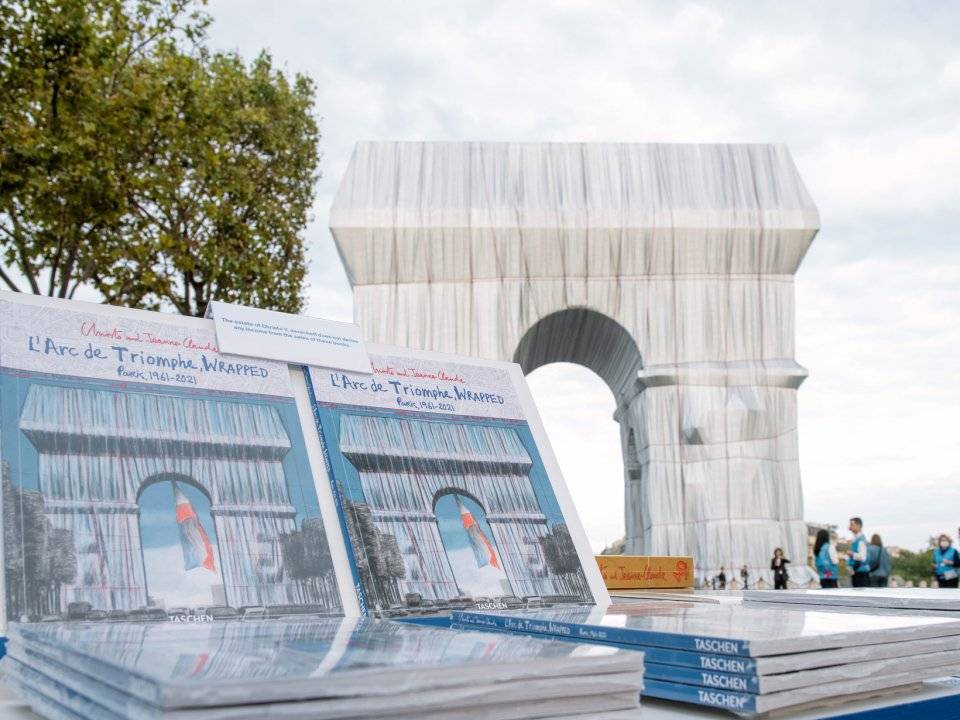 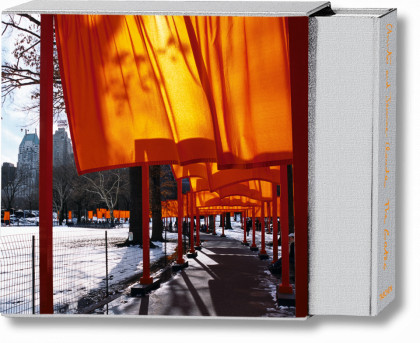 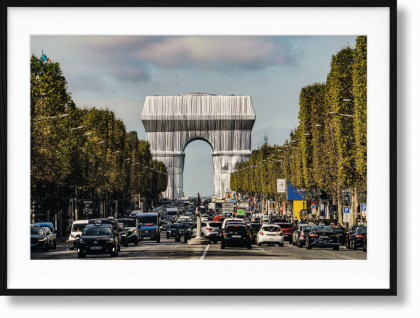 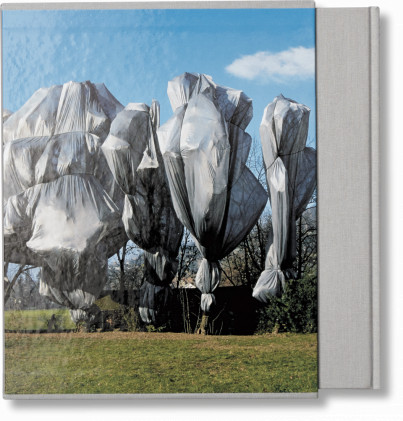 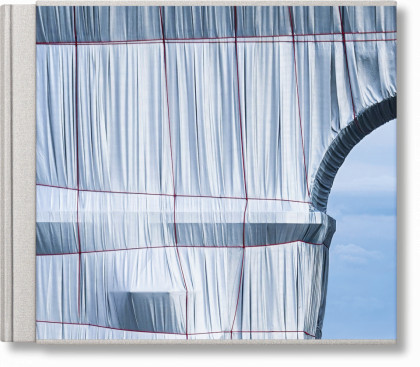