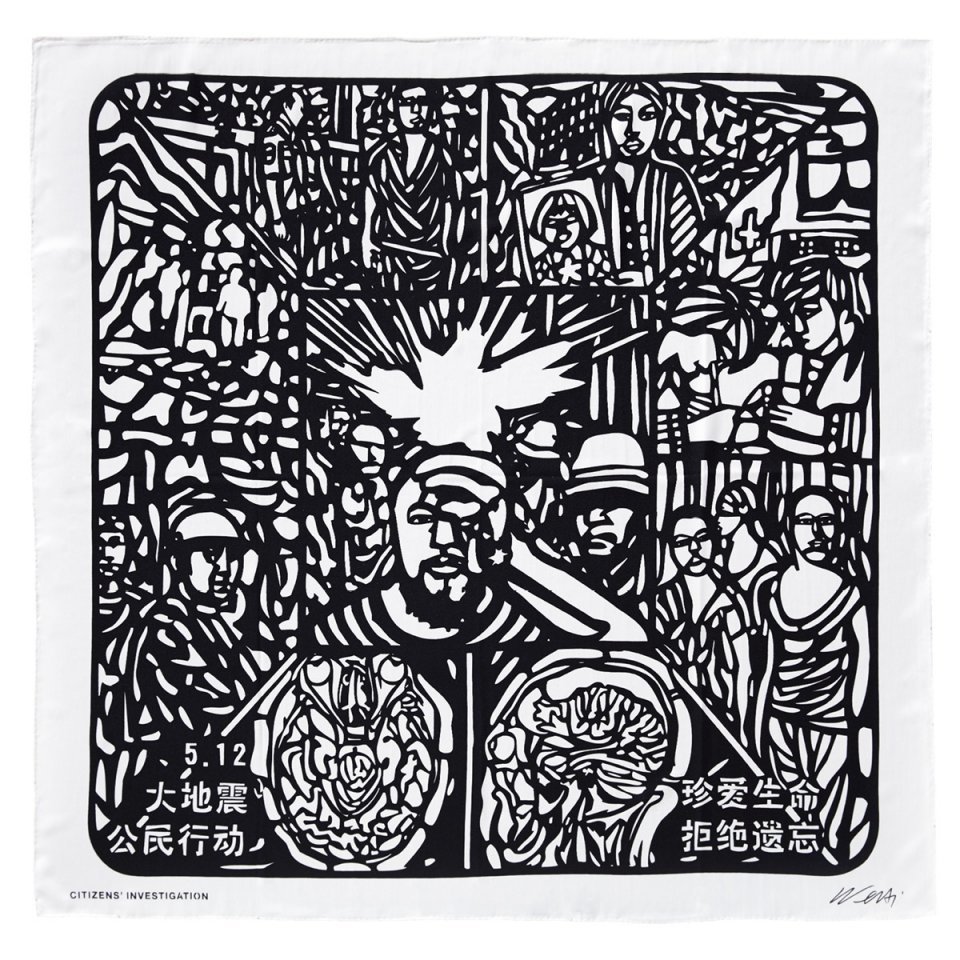 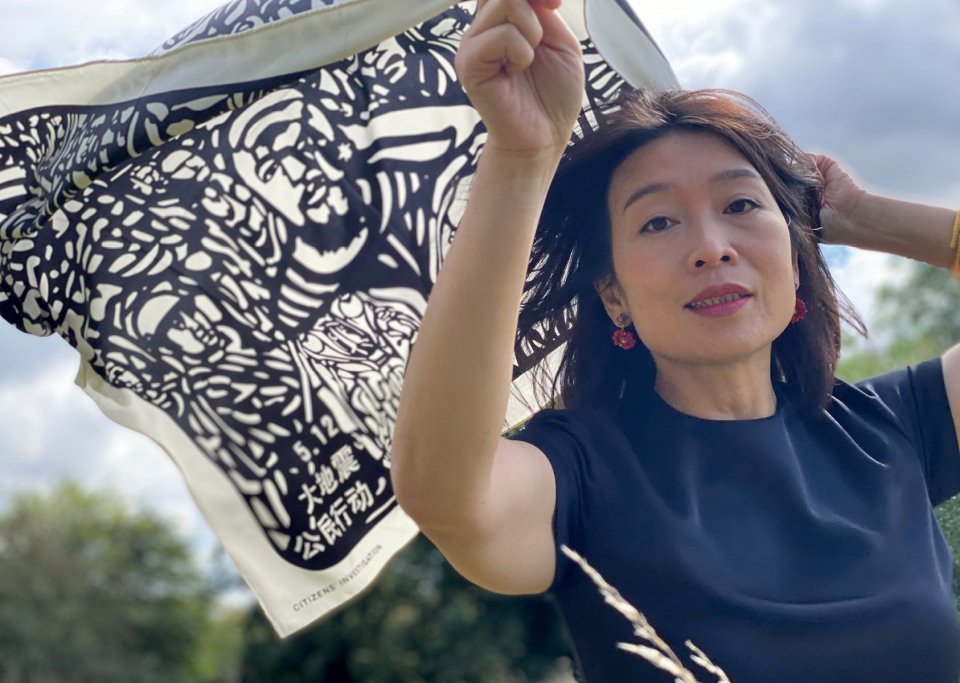 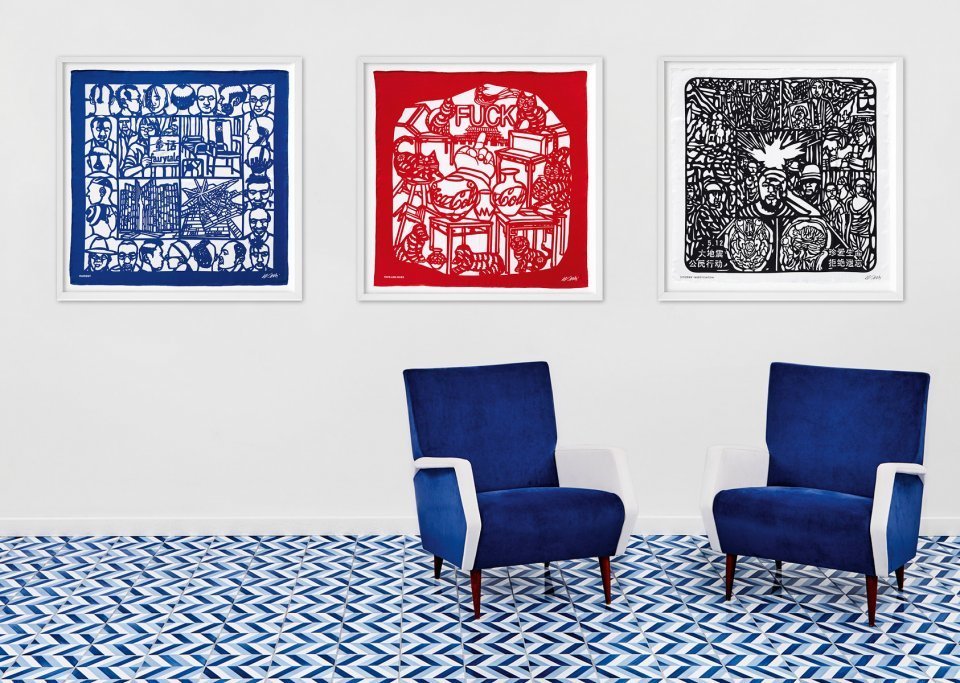 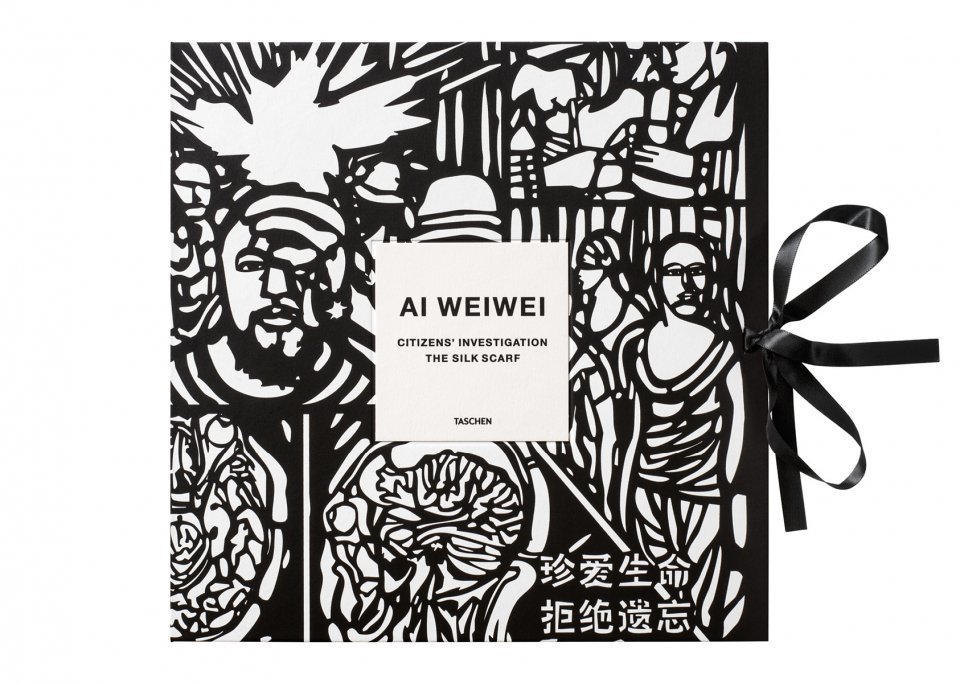 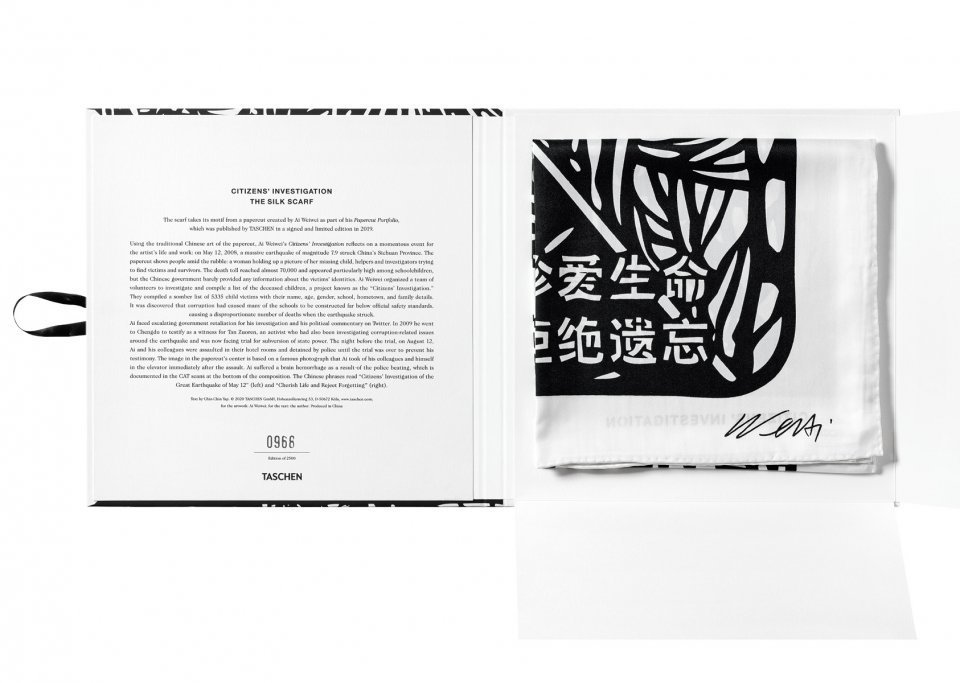 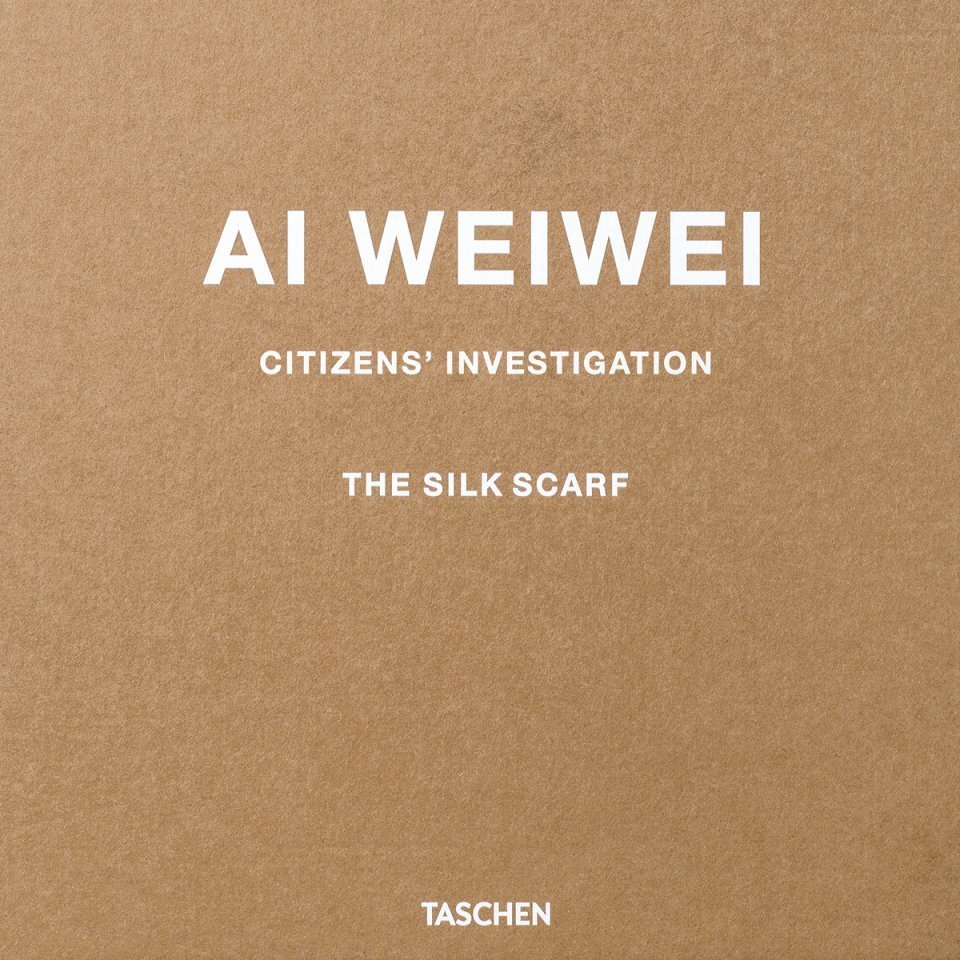 Edition of 2,500
Black and white scarf, 100% silk, 35.4 x 35.4 in., handwoven and hand-silkscreened, finished with hand-rolled edges; wrapped in tissue paper and packaged in cardboard box, 10 x 10 in.
US$ 300
Papercutting is a traditional Chinese art going back 2,000 years. The colored, intricately cut papers are used as a story-telling medium in festivities, for prayers, and as everyday decoration. The black scarf takes its motif from a papercut created by Ai Weiwei as part of his Papercut Portfolio, published by TASCHEN in 2019: Citizens’ Investigation, reflecting on the somber aftermath of the Sichuan earthquake in 2008 and his subsequent activism to clear up why so many victims could be found especially among schoolchildren.

Coupling impeccable crafting and beautiful storytelling, Ai Weiwei’s scarves are wearable works of art that look as well luxuriously draped over your outfit as hanging in a frame. Ai’s design for this black scarf is based on his papercut Citizens’ Investigation, reflecting on the somber aftermath of the Sichuan earthquake in 2008 and his subsequent activism to clear up why so many victims could be found especially among schoolchildren. Published by TASCHEN in 2019 as part of his signed and limited Papercut Portfolio, the medium speaks to Ai’s use of traditional craftsmanship in his art, which is twofold here: as the craft of the Chinese papercut goes back 2000 years, silk weaving was invented even 5000 years ago, remaining a purely Chinese craft for many millennia. This TASCHEN exclusive by Ai Weiwei is made of high-quality Chinese twill silk, a material renowned for its particularly fine texture, woven and screen-printed by hand, and finished with hand-rolled edges.

About the motif: On May 12, 2008, a 7.9 earthquake struck China’s Sichuan Province. Its death toll reached almost 70,000, among them many schoolchildren. The papercut shows people amid the rubble: a woman holding up a picture of her missing child, helpers and investigators trying to find victims and survivors. As the Chinese government withheld information on the identities of the victims, Ai organized a team of volunteers to investigate and compile a list of the deceased children, a project known as the “Citizens’ Investigation.” It was found that due to corruption, many schools had violated official safety standards, contributing to the catastrophic number of vistims. In 2009, as he faced government retaliation for his investigation, Ai went to testify as a witness for Tan Zuoren, an activist and writer also investigating corruption issues around the earthquake. The night before the trial, Ai and his colleagues were assaulted in their hotel rooms. The image in the center is based on a photograph that Ai took of his colleagues and himself in the elevator after the assault. He suffered a brain hemorrhage, documented in the CAT scans at the bottom of the composition. 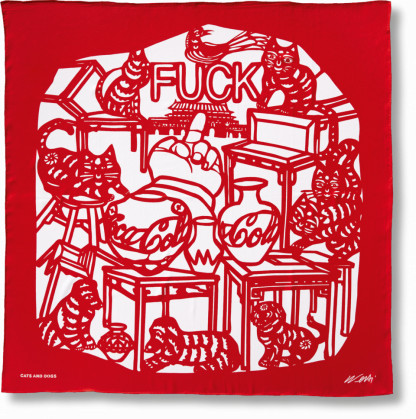 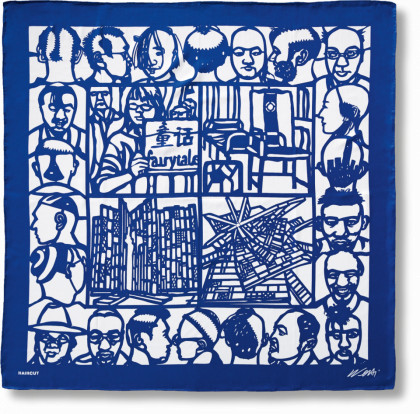 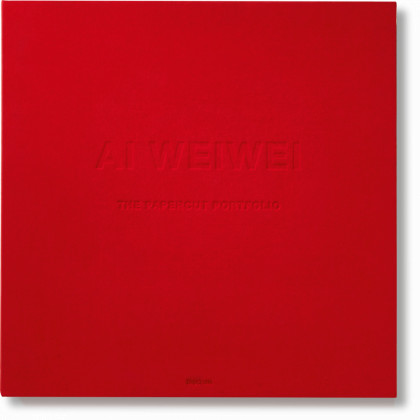 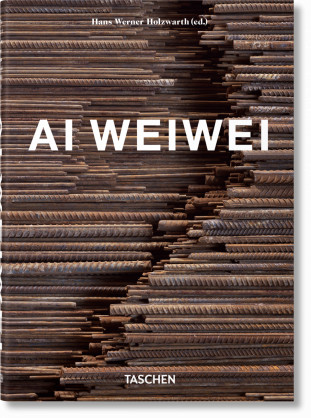