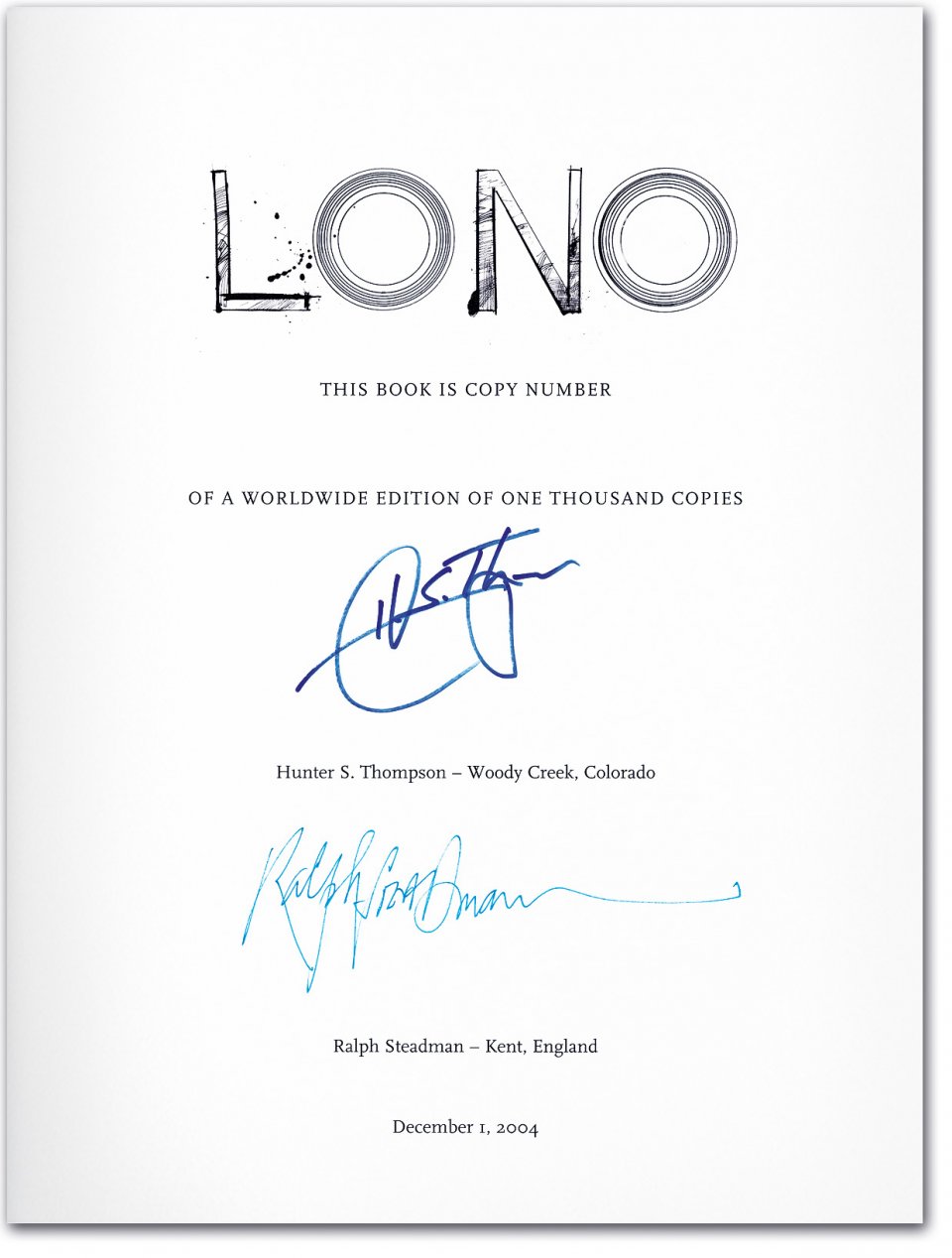 "Book publishers TASCHEN said they had no idea that their re-issue of The Curse of Lono would end up being Hunter S. Thompson's swan song, but this signed limited edition is exactly that. (...) This curious book, considered an oddity among Hunter's oeuvre, has been long out of print, prompting collectors to search high and low for an original copy."

Hunter S. Thompson and Ralph Steadman. The Curse of Lono

Edition of 1,000
Hardcover in slipcase, 13 x 17.3 in., 10.49 lb, 202 pages
US$ 2,000
This edition is sold out. However, occasionally, copies do become available again. Please register on our waiting list so we can inform you if this edition, or anything similar comes up.
First published in 1983, The Curse of Lono is a gonzo masterwork, mixing Hunter S.Thompson’s hallucinogenic writing with the splattery illustration of Ralph Steadman. Long out of print and coveted by collectors, this zany amalgam of wordplay and wild draftsmanship is now resurrected in a TASCHEN Collector’s Edition: a full-color, large-scale ride to the dark side of Americana.

No one expected TASCHEN’s re-edition of The Curse of Lono to end up being Hunter S. Thompson’s swan song, and his sudden death the month before its release made the event a bittersweet one.

The Curse of Lono is to Hawaii what Fear and Loathing was to Las Vegas: the crazy tales of a journalist’s “coverage” of a news event that ends up being a wild ride to the dark side of Americana. Originally published in 1983, Curse features all of the zany, hallucinogenic wordplay and feral artwork for which the Hunter S. Thompson / Ralph Steadman duo became known and loved. This curious book, considered an oddity among Hunter’s œuvre, has been long out of print, prompting collectors to search high and low for an original copy. Resurrected by TASCHEN in a bigger size with splendid, full-color illustrations, The Curse of Lono is now available in a special 1,000-copy edition, numbered and hand-signed by Thompson and Steadman.

Ralph Steadman is best known for his collaborations with Hunter S. Thompson. He is also a printmaker (his prints include a series of etchings on writers from William Shakespeare to William Burroughs). His own books include the lives of Sigmund Freud and Leonardo da Vinci and The Big I Am, the story of God.

Legendary author Hunter S. Thompson (1937-2005) developed a style of writing about American life and politics that was so acerbic and over-the-top, it earned its own nickname: “gonzo journalism.” His magazine articles and books—of which he penned nearly a dozen, including Hell’s Angels, The Rum Diary, Songs of the Doomed, The Great Shark Hunt, and the monumental Fear and Loathing in Las Vegas—influenced a generation of writers and established his voice as an essential part of America’s socio-political fabric. Portrayed on the silver screen by Bill Murray (Where the Buffalo Roam, 1980) and Johnny Depp (Fear and Loathing in Las Vegas, 1998), Thompson was a wild character whose persona was inseparable from his often semi-autobiographical writing. True to his image, he once said, “I hate to advocate drugs, alcohol, violence, or insanity to anyone, but they’ve always worked for me.”

Hunter S. Thompson and Ralph Steadman. The Curse of Lono 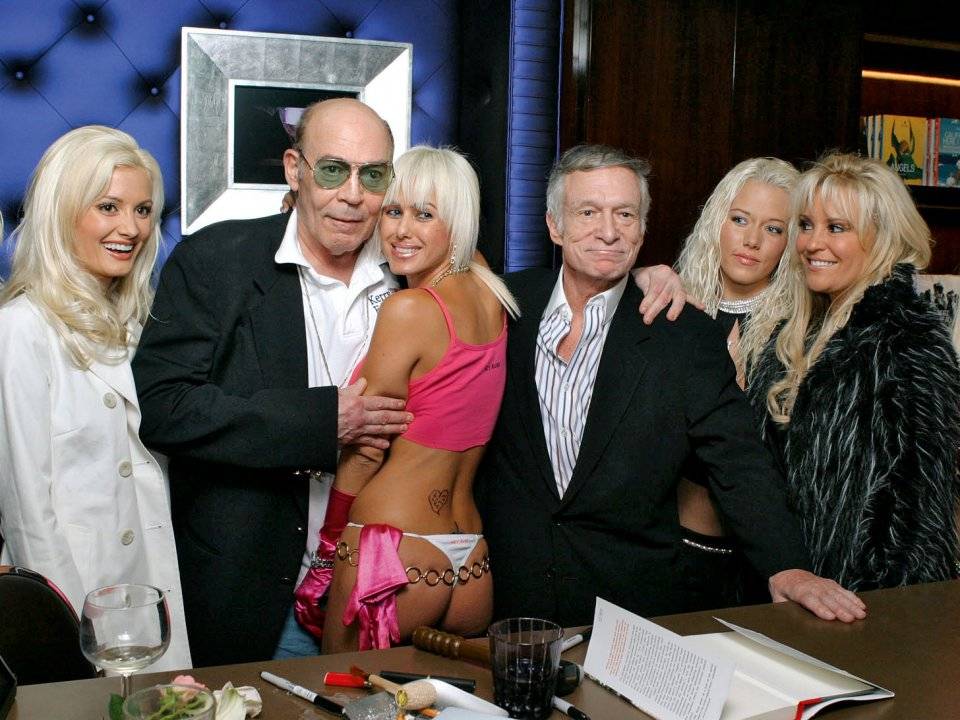 A signing with the legendary author