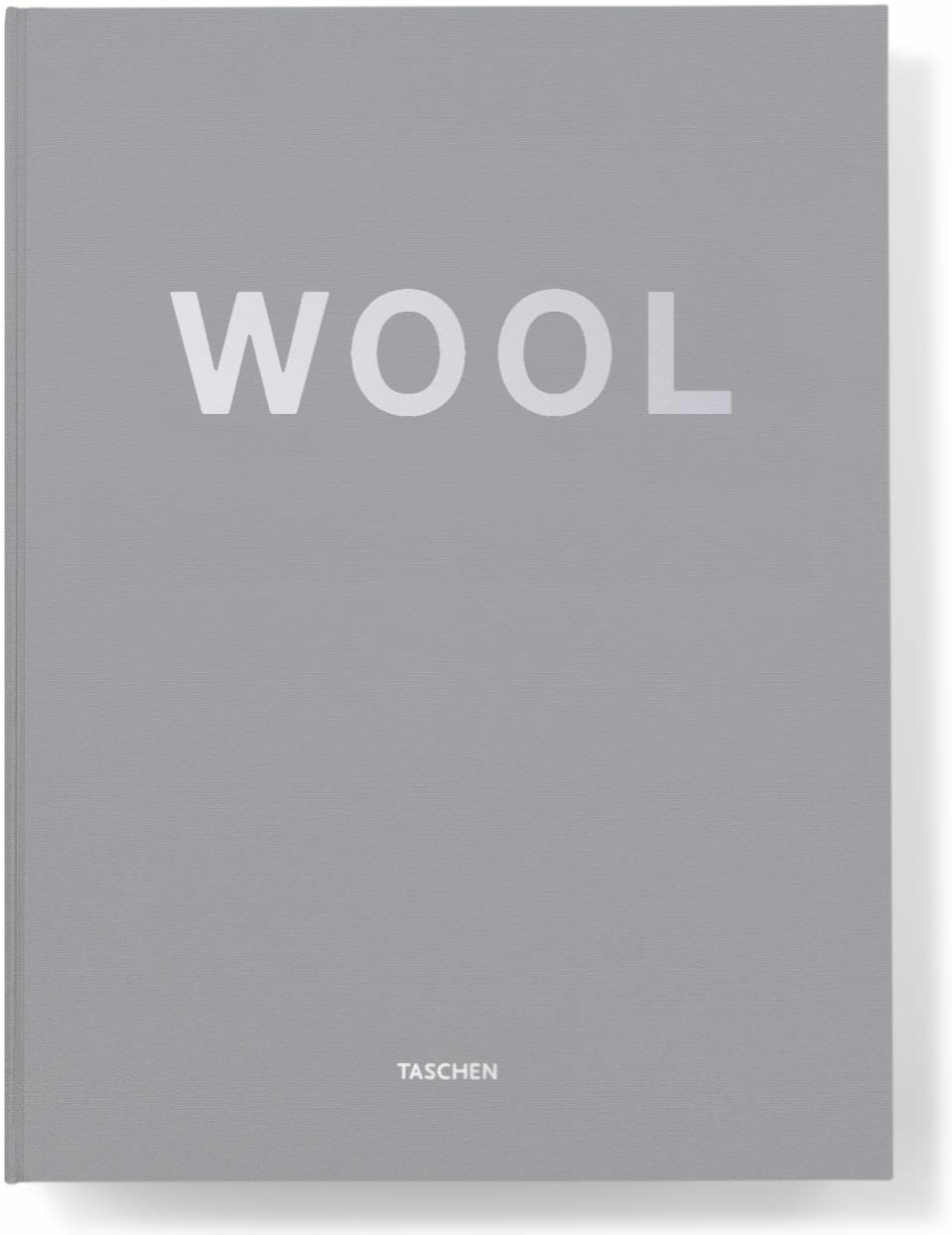 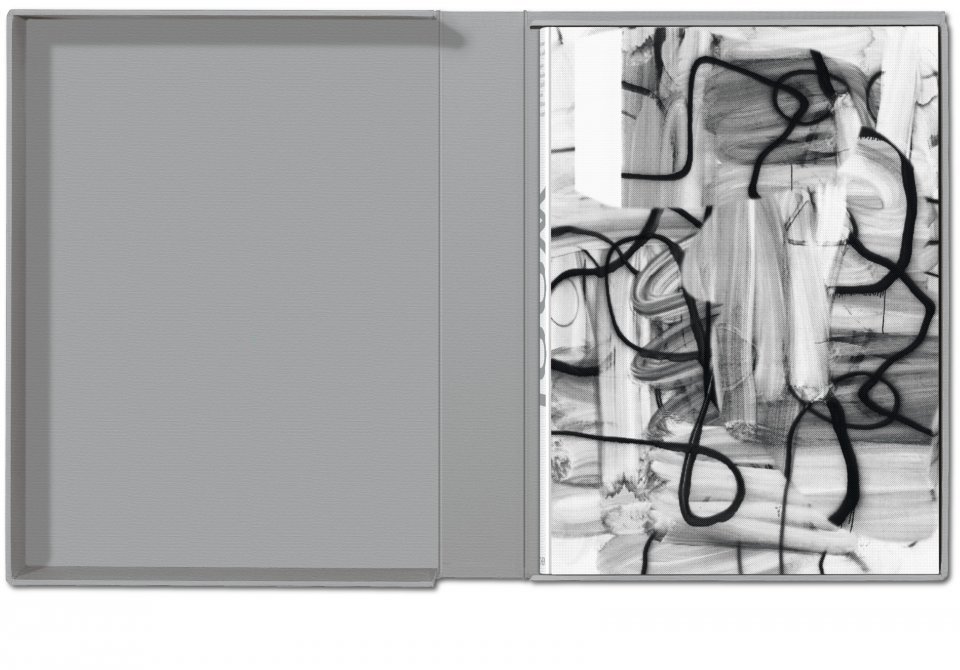 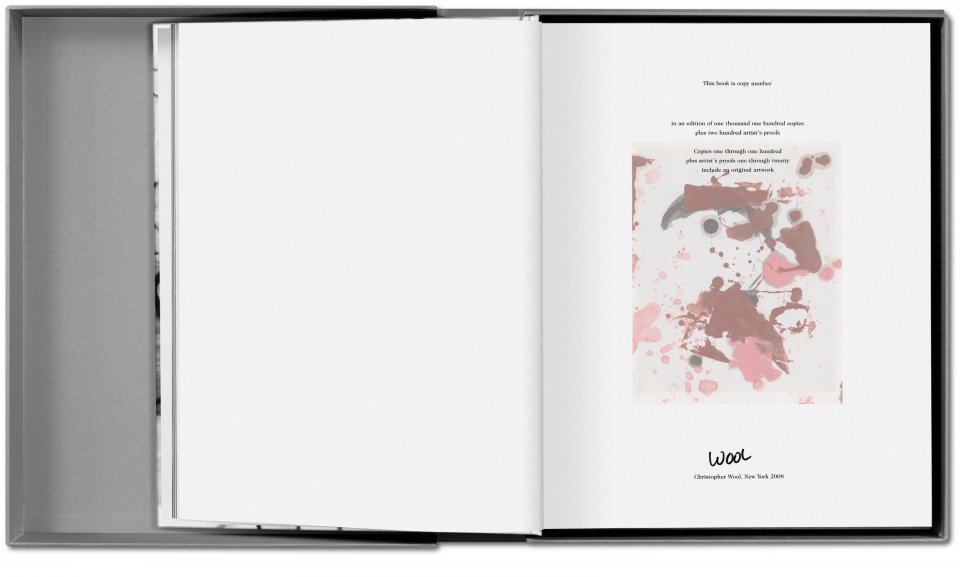 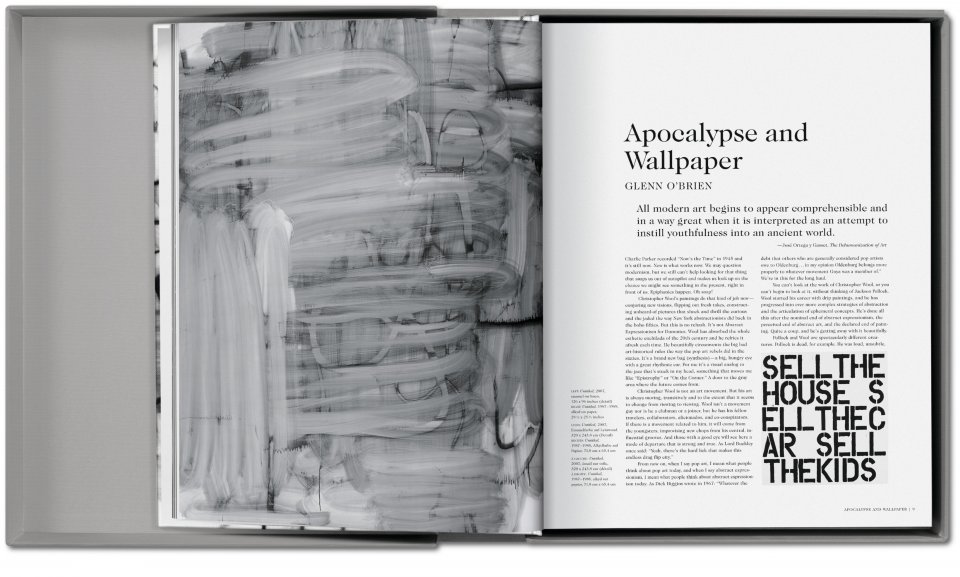 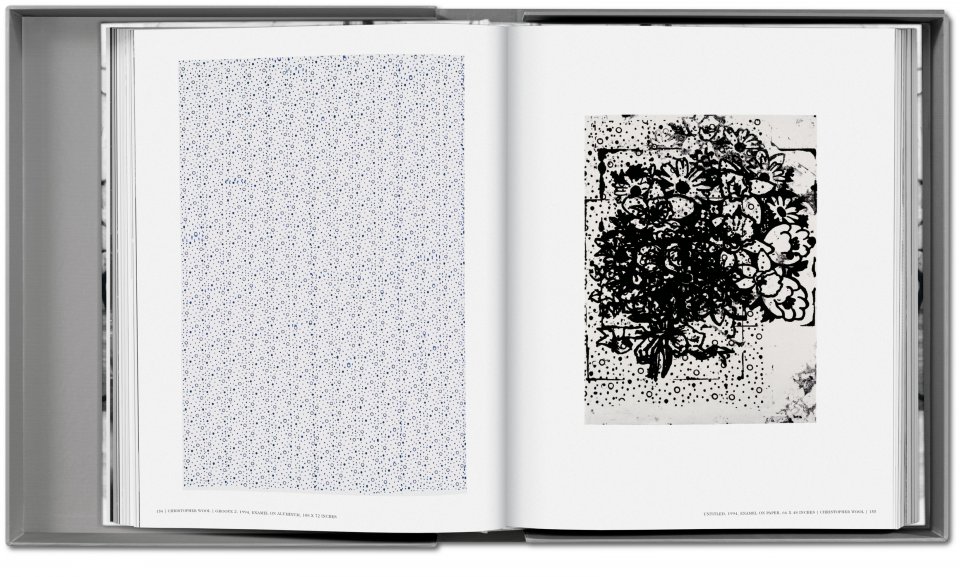 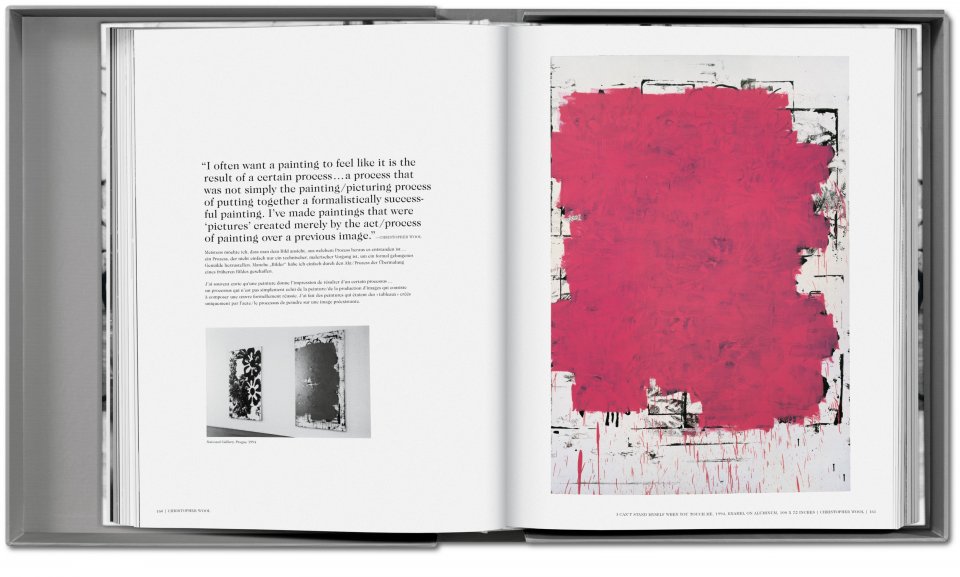 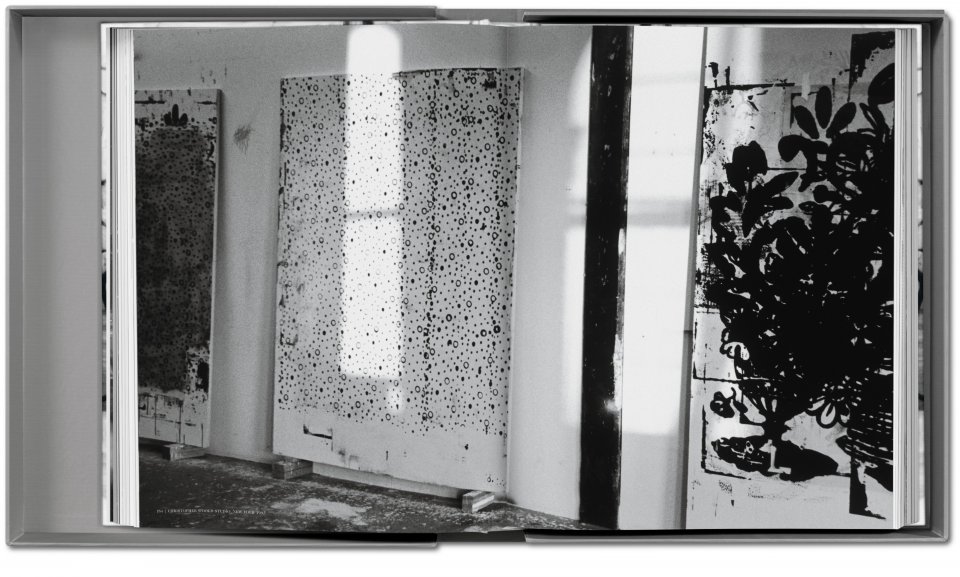 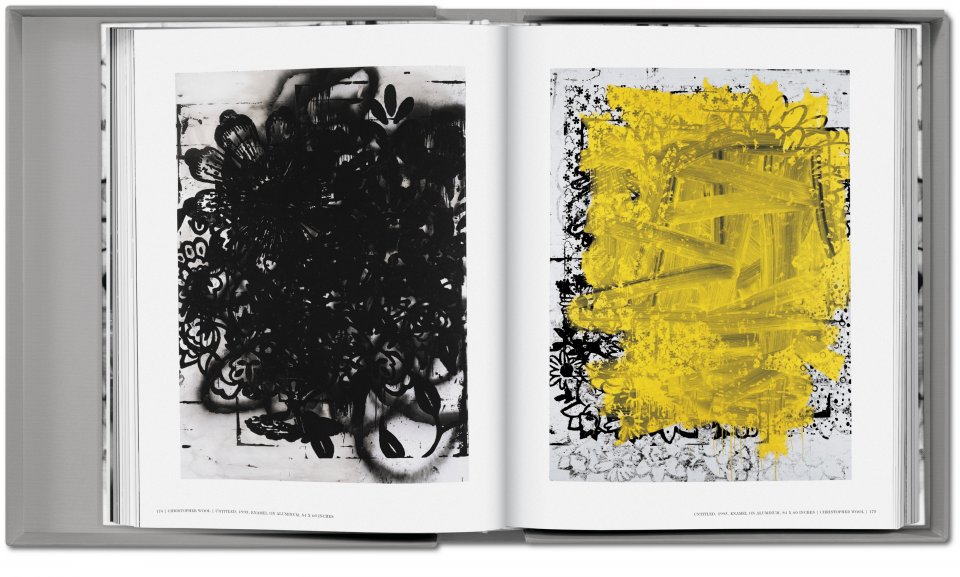 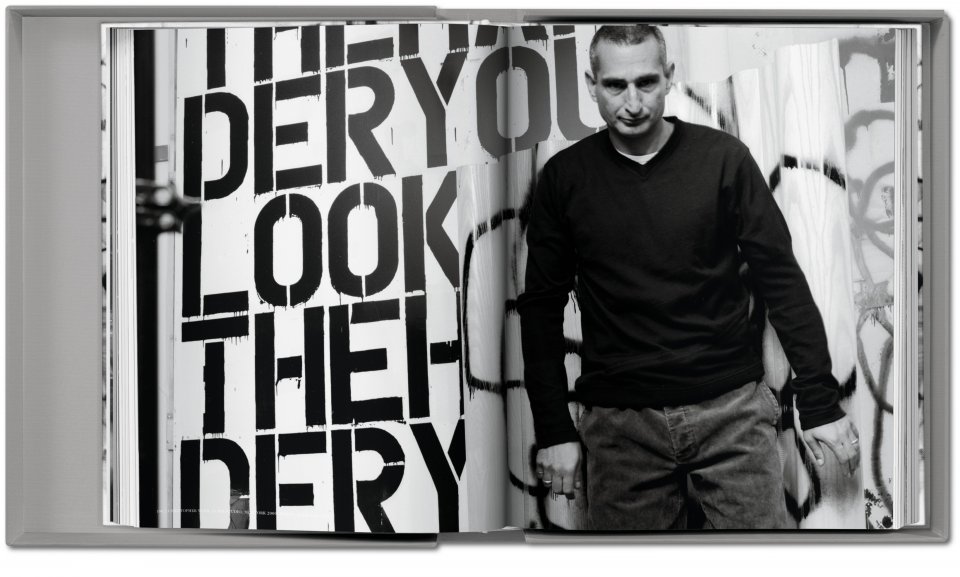 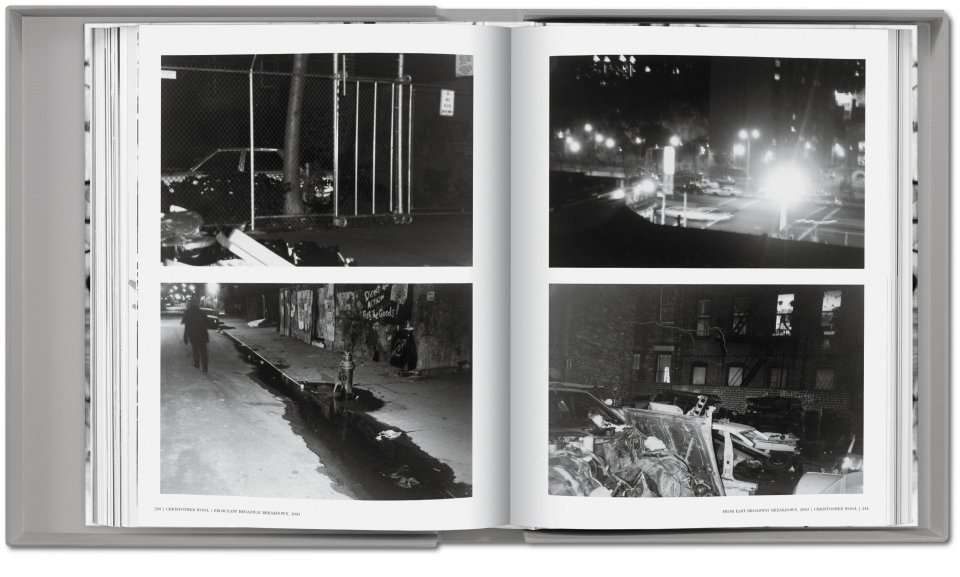 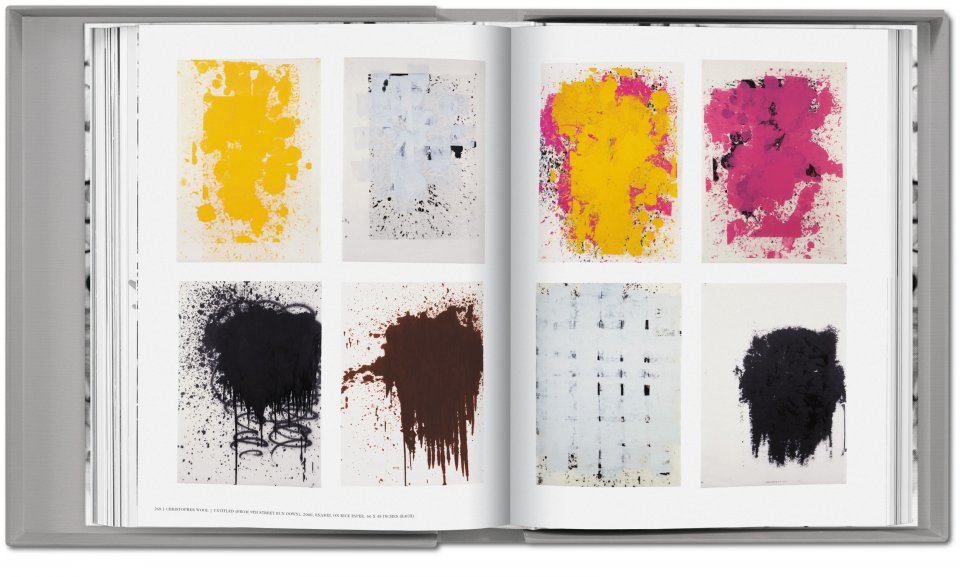 “[This book] sealed Wool’s status as a "must-have artist“ among collectors of blue-ship contemporary art.”

Edition of 1,000
Hardcover in clamshell box, 13 x 17.3 in., 19.82 lb, 426 pages
US$ 4,500
This edition is sold out. However, occasionally, copies do become available again. Please register on our waiting list so we can inform you if this edition, or anything similar comes up.
Best known for his text-based paintings including Trbl and Riot, Christopher Wool made his name in the ’80s and hasn’t looked back, constantly expanding his repertoire of verbal possibility, patterns, and media. With more than 500 pages, this sizable monograph includes production Polaroids, installation shots, and impeccable artwork reproductions to document his upfront and ever-inquisitive oeuvre.

Limited Collector’s Edition of 1,000 copies, each numbered and signed by the artist

An exhaustive monograph on Christopher Wool

In your face, achingly simple, deceptively frank, the work of Christopher Wool is so very New York. Though he owes a debt to Abstract Expressionism and Pop Art, he completely transcends these genres. Whether it’s a text-based painting or an abstract spray-painted piece, Wool questions painting, like many other artists in his generation, but he doesn’t provide any easy answers. As one piece proclaims, “The harder you look the harder you look.”

Wool became known in the mid-1980s through all-over paintings produced with rubber rollers commonly used to simulate decorative wallpaper patterns on walls. By 1988 he had hit stride with his dry, dead-pan word paintings (“Trbl,” “Riot,” “Sell the House, Sell the Car, Sell the Kids”), while continuing to explore the possibilities of pattern painting. From the 1990s, he developed the painterly qualities of his work, using a mostly black-and-white palette, starting from abstract lines drawn with a spray gun or layered stock images, overpainting silk screens on linen, wiping out images, with a widening variety of media, including photography, silk screen, and computer graphics.

Exploring Wool’s work in close to 500 pages, this monograph is staggering in scope and depth. All work phases are covered in large-scale reproductions and accompanied by production Polaroids and installation photos by Wool himself. Editor Hans Werner Holzwarth has previously collaborated on several catalogues and artist’s books with Wool. Essays and analyses by Glenn O’Brien, Jim Lewis, Ann Goldstein, Anne Pontégnie, Richard Hell, and Eric Banks make this book a great read as well as a definitive study of the artist’s oeuvre so far.

Also available in an Art Edition, limited to 100 copies, and with an original artwork by Christopher Wool

Eric Banks, former senior editor of Artforum, is a writer based in New York.

Ann Goldstein is Director of the Stedelijk Museum Amsterdam, and formerly was Senior Curator at The Museum of Contemporary Art, Los Angeles.

Richard Hell, writer and musician, is the author of the novels Go Now and Godlike and the collection Hot and Cold. His memoir, called I Dreamed I Was a Very Clean Tramp, will be published in 2013.

Jim Lewis is the author of three novels—most recently, The King Is Dead—and numerous essays on the visual arts.

Glenn O’Brien is a writer who lives in New York. He is the author of How to Be a Man, Human Nature (dub version), and Soap Box.

Anne Pontégnie is an independent curator and art writer working from Brussels. 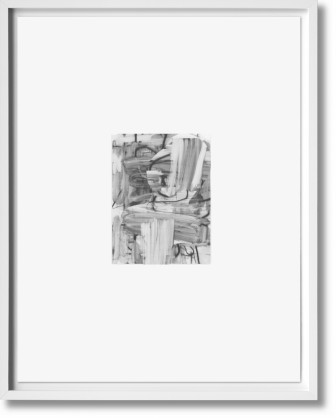