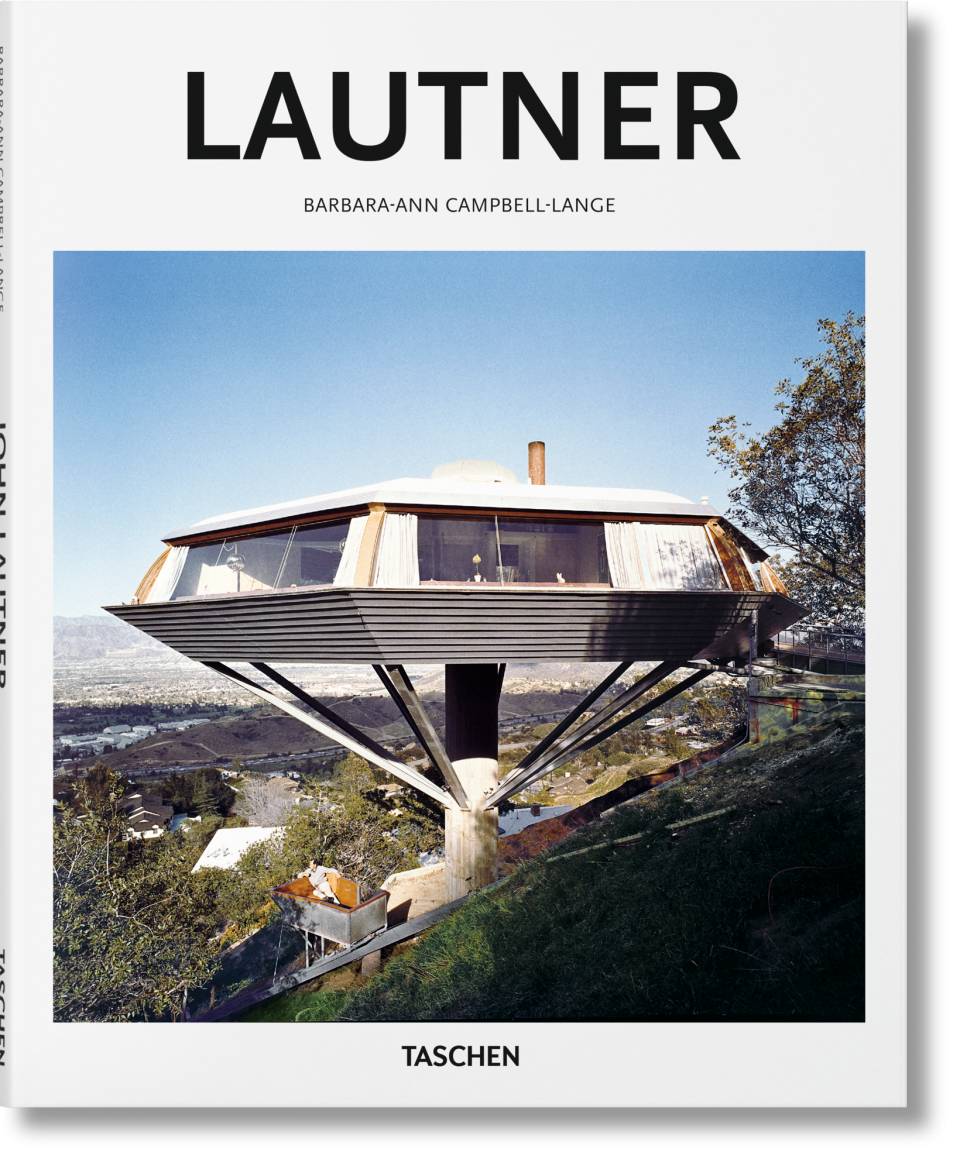 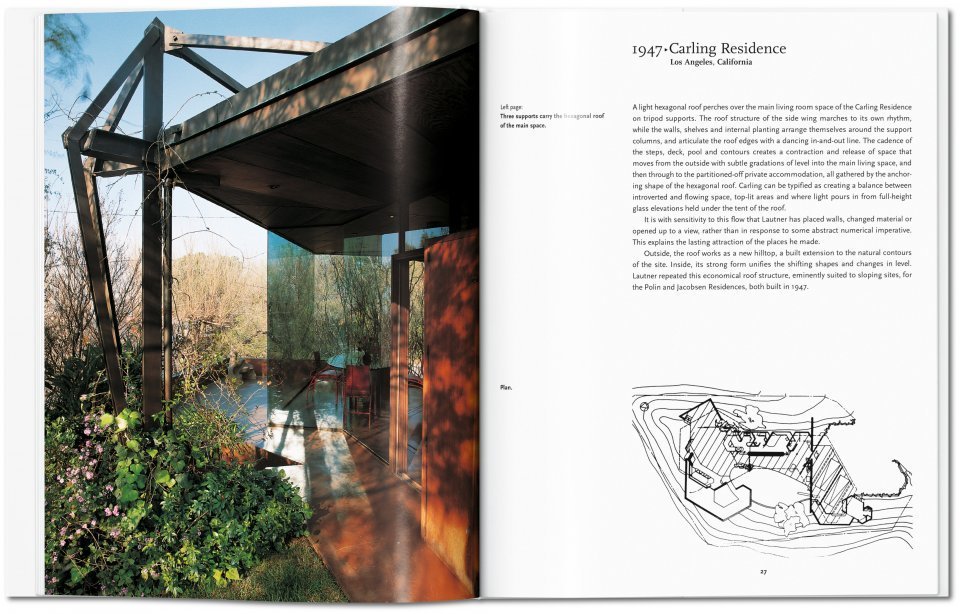 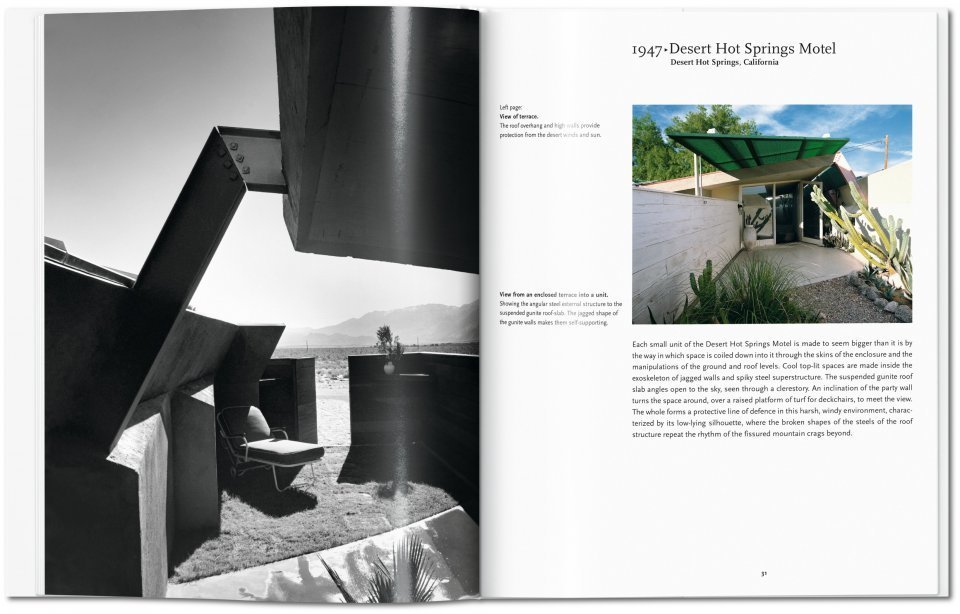 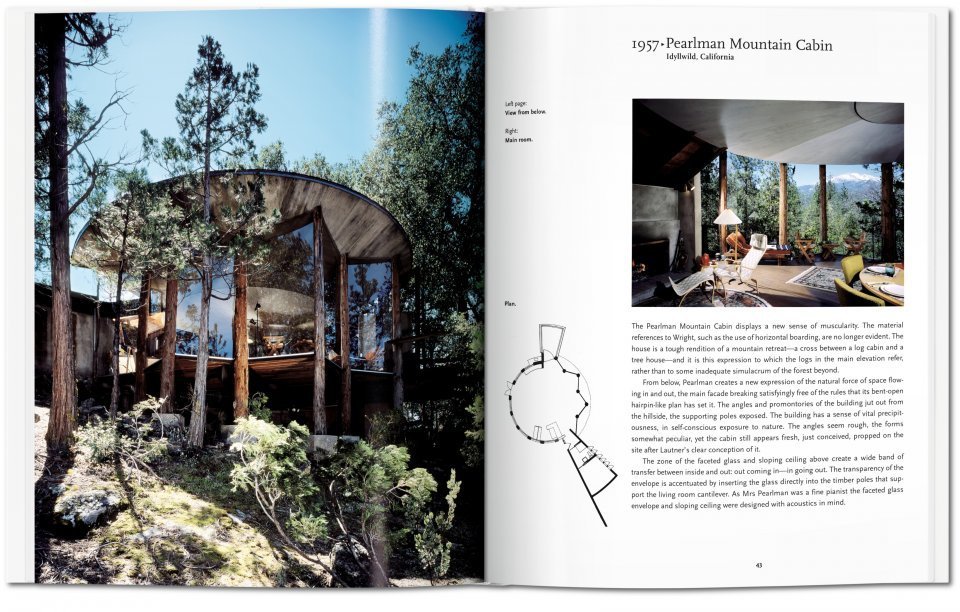 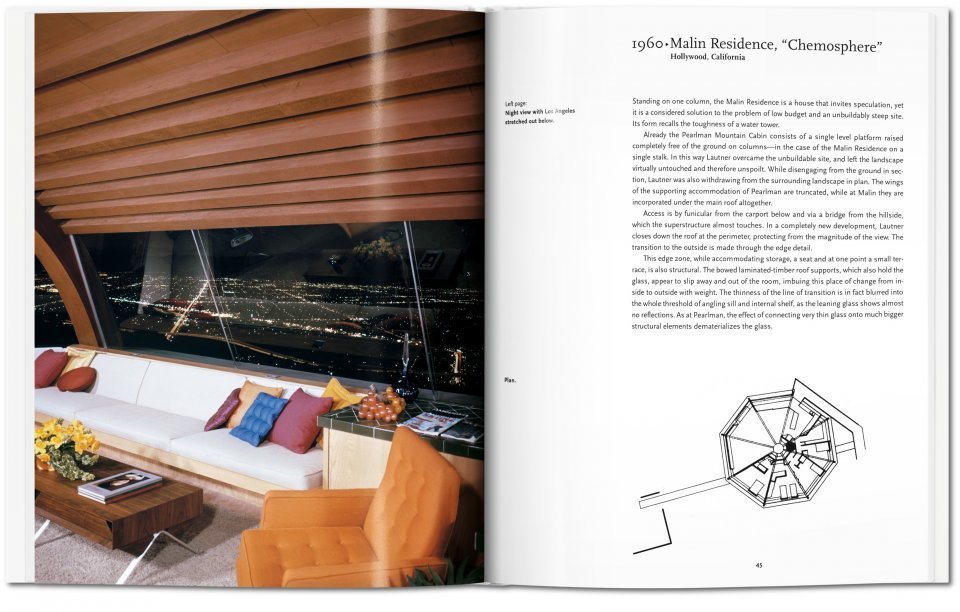 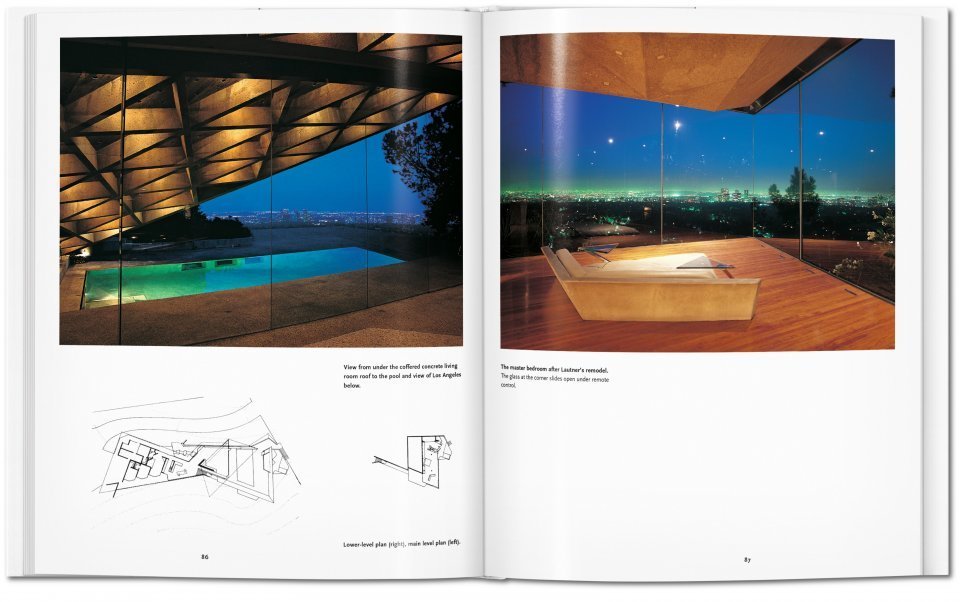 Hardcover, 8.3 x 10.2 in., 1.30 lb, 96 pages
US$ 20
Enter your email address here and we will notify you when copies become available:
With his geometric structures perched upon the hillsides, beaches, and deserts of California, John Lautner is responsible for some of the most original buildings of the 20th century. This introductory book surveys his key works and his iconic aesthetic in an age of space-age technology, economic growth, and affluence.
Table of Contents

Back to the future with the visionary West Coast architect

With his geometric structures perched upon the hillsides, beaches, and deserts of California, John Lautner (1911–1994) was behind some of the most striking and innovative architectural designs in mid-20th-century America.

This introductory book brings together the most important of Lautner’s projects to explore his
his ingenious use of modern building materials and his bold stylistic repertoire of sweeping rooflines, glass-paneled walls, and steel beams. From commercial buildings to such iconic homes as the Chemosphere, we look at Lautner’s sensitivity to a building’s surroundings and his unique capacity to integrate structures into the Californian landscape. With several of Lautner’s houses now labeled Los Angeles Historic-Cultural Monuments, we’ll also consider the architect’s cultural legacy, as much as his pioneering of a visual paradigm of 1950s optimism, economic growth, and space-age adventure.

Barbara-Ann Campbell-Lange studied architecture in London, New York, and Cambridge. She is a director of the Campbell-Lange Workshop and lectures at the Royal College of Art.

John Lautner is one of my favorite architects in the world, that’s why I was so happy to discover this amazing Taschen book which encapsulates his art and craft through beautiful images and creative texts. 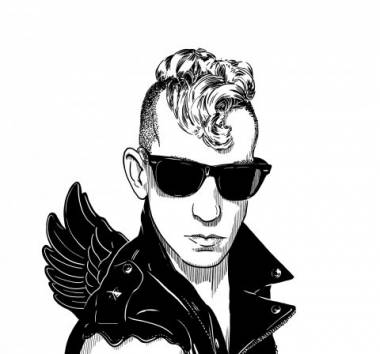 “It’s the John Lautner book. Perhaps selfishly so I can show pictures of my house when it was first built in 1947 by the master himself.”
Illustration: Robert Nippoldt 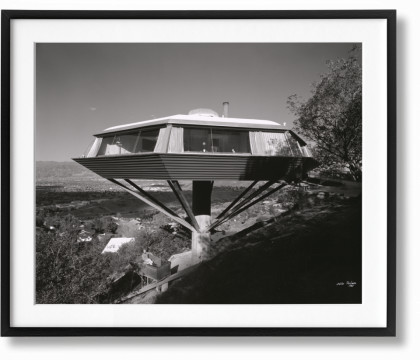 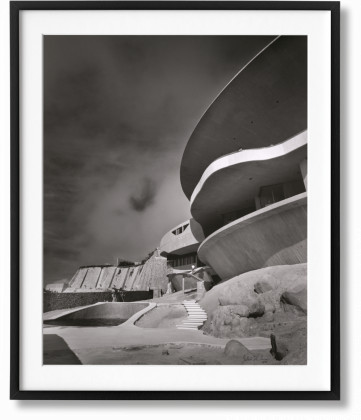