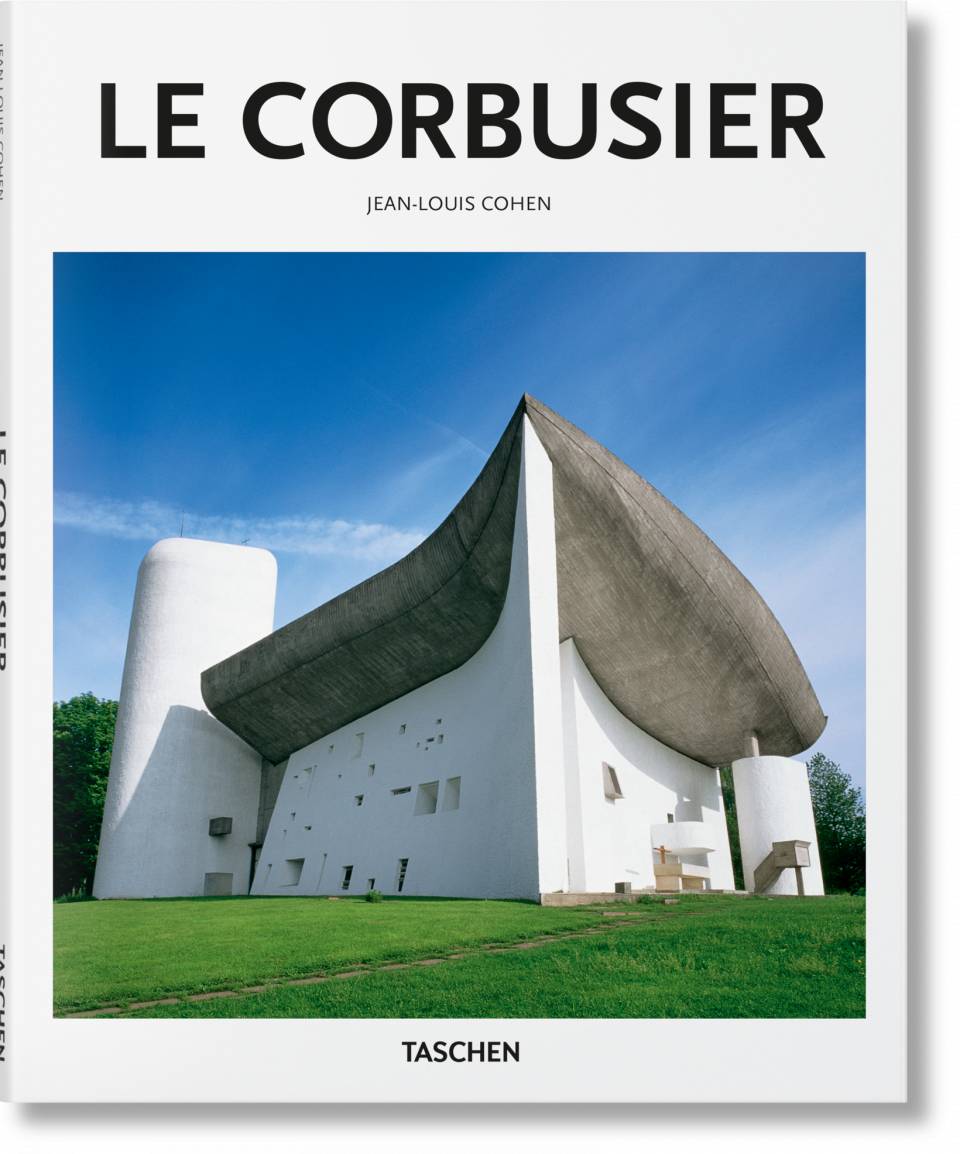 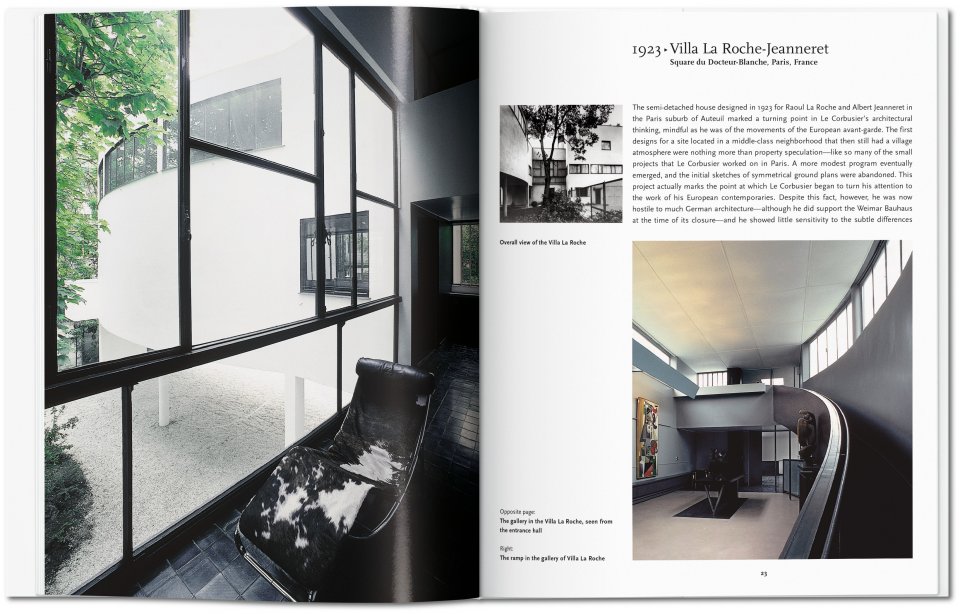 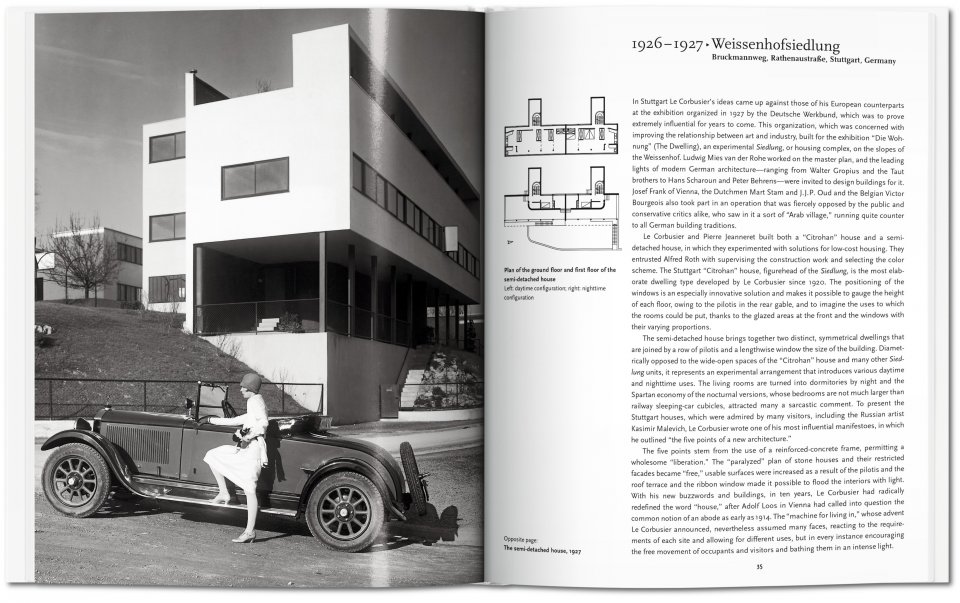 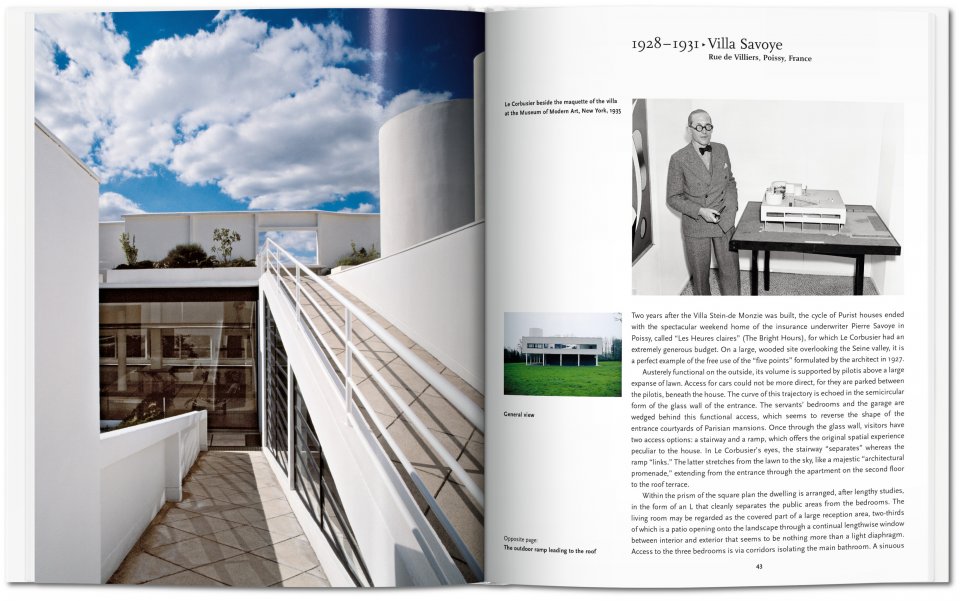 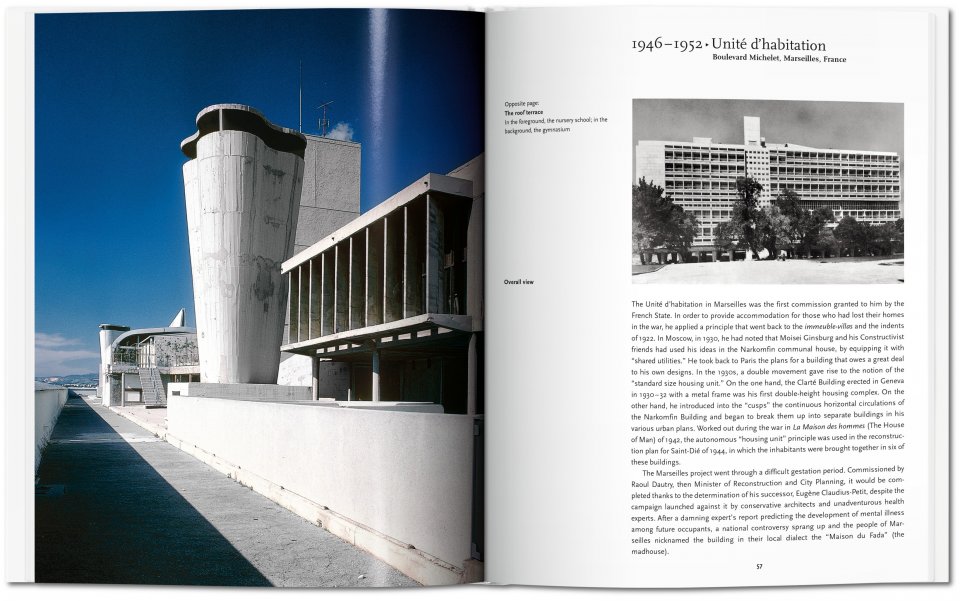 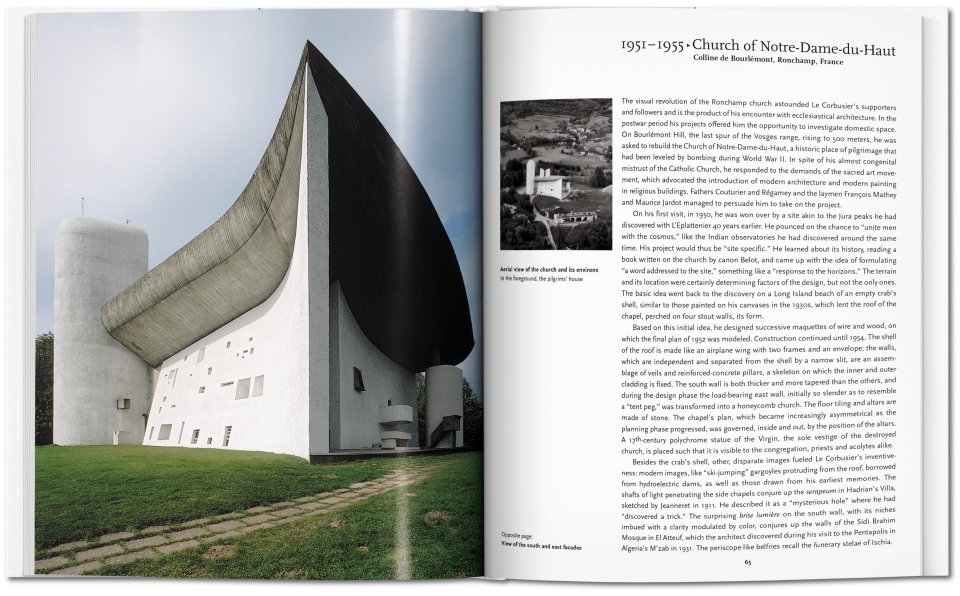 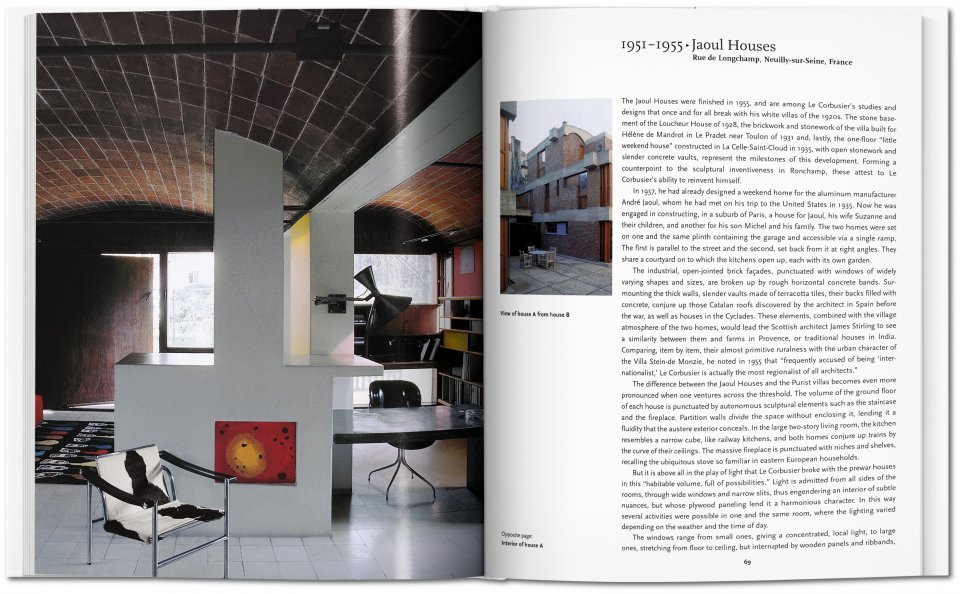 Hardcover, 8.3 x 10.2 in., 1.23 lb, 96 pages
US$ 20
Even in his unrealised projects, Le Corbusier redefined modern living, synthesising functionalism, expressionism, and expansive urban thinking from Switzerland to Chandigarh, India. This book provides a succinct introduction to his trailblazing ideas, writings, and buildings, which continue to resonate and influence to this day.
Table of Contents

The man with a modern mission

Born Charles-Édouard Jeanneret, Le Corbusier (1887–1965) is widely acclaimed as the most influential architect of the 20th century. From private villas to mass social housing projects, his radical ideas, designs, and writings presented a whole-scale reinvention not only of individual structures, but of entire concepts of modern living.

Le Corbusier’s work made distinct developments over the years, from early vernacular houses in Switzerland through dazzling white, purist villas to dynamic syntheses of art and architecture such as the chapel at Ronchamp and the civic buildings in Chandigarh, India. A hallmark throughout was his ability to combine functionalist aspirations with a strong sense of expressionism, as well as a broader and empathetic understanding of urban planning. He was a founding member of the Congrès international d’architecture moderne (CIAM), which championed “architecture as a social art.”

This book presents some of Le Corbusier’s landmark projects to introduce an architect, thinker, and modern pioneer who, even in his unrealized projects, offered discussion and inspiration for generations to come.

In 1997, the French Minister of Culture appointed Jean-Louis Cohen to create the Cité de l’architecture—a museum, research, and exhibition center in Paris’s Palais de Chaillot. Cohen’s research has focused principally on 20th-century architecture and urban planning, and his studies on German and Soviet architectural cultures. The author and curator of numerous books and exhibitions on architecture, he is an internationally acknowledged authority on Le Corbusier’s work.

A space-saver that condenses some of the greatest works of the architect. The essential to have an idea of his stunning projects. 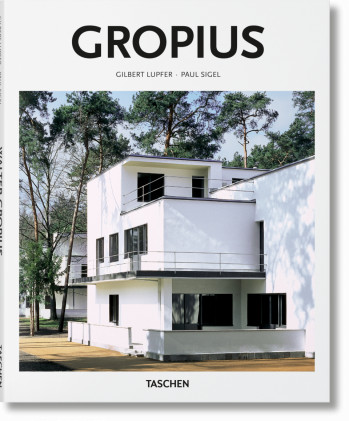 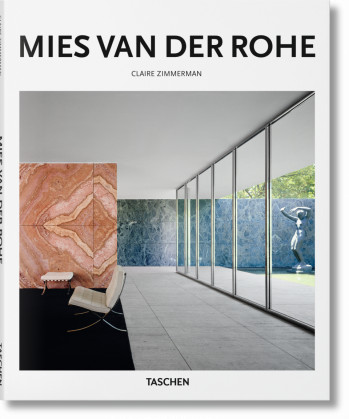