The Making of The Godfather

An essay by Mario Puzo 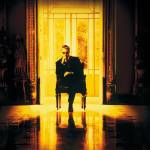 Excerpt from an essay by Mario Puzo

The big problem was to find someone to play Michael, really the most important part in the film. At one time Jimmy Caan seemed to have the role. He tested well. But he tested well for Sonny, the other Godfather son, and he tested well for Hagen. Hell, he could have played all three of them. Suddenly it looked like he wouldn’t get any of them.

Robert Duvall tested for Hagen and he was perfect. Another actor was perfect for Sonny. That left Jimmy Caan for Michael but nobody was quite satisfied. Finally the name of Al Pacino came up. He had scored a smashing success in a New York play but nobody had seen him on film. Coppola got hold of a screen test Pacino had done for some Italian movie and showed it. I loved him. I gave Francis a letter saying that above all Pacino had to be in the film. He could use it at his discretion.

Coppola kept saying a good actor is a good actor. Pacino tested. The cameras were running

But there were objections. Pacino was too short, too Italian-looking. He was supposed to be the American in the family. He had to look a little classy, a little Ivy League. Coppola kept saying a good actor is a good actor. Pacino tested. The cameras were running. He didn’t know his lines. He threw in his own words. He didn’t understand the character at all. He was terrible. Jimmy Caan had done it 10 times better. After the scene was over I went up to Coppola and I said: “Give me my letter back.”
“What letter?”
“The one I gave you saying I wanted Pacino.”
Coppola shook his head.“Wait a while.” Then he said,“The self-destructive bastard. He didn’t even know his lines.” They tested Pacino all day. They coached him, they rehearsed him, they turned him inside out. They had it all on film. After a month of testing they had everybody on film. It was time to show it all in the Paramount screening room in the Gulf and Western Building.

Up to this time I had toyed with the idea of being a film mogul. Sitting in a screening room disabused me of the idea and gave me some real respect for the people in the business. Evans, Ruddy, Coppola, and others sat in the screening room day after day, hour after hour. I took it for a few sessions and that finished me off.

Anyway, what goes on in the screening room is instructive. I had been amazed at how well the scenes played live, but they were not so effective on camera. There were tests of the girls who had tried for the part of Kay, the young girl role. There was one girl who wasn’t right for the part but jumped off the screen at you. Everybody commented on her and Evans said,“We should do something with her—but I guess we never will.” The poor girl never knew how close she came to fame and fortune. Nobody had the time for her just then. Hell, I did, but I wasn’t a mogul.

Some of the tests were terrible. Some of the scenes were terrible. Some were astonishingly good. One scene Francis had used was a courtship scene between Kay and Michael. Francis had written it so that at one point Michael would kiss Kay’s hand. I objected violently and Francis took it out. But in the tests every actor who tested kissed Kay’s hand or nibbled on her fingers. Francis called out teasingly, “Mario, I didn’t tell them to do that. How come they all kiss her hand?”
I knew he was kidding but it really irritated me.“Because they’re actors, not gangsters,” I said.

The irritation was not casual. I’d felt that Coppola in his rewrite had softened the characters. On screen Pacino still didn’t strike anybody—excepting Coppola—as right for the part of Michael. Coppola kept arguing. Finally Evans said,“Francis, I must say you’re alone in this.”Which I thought was the nicest “no” I’d ever heard.We would have to keep hunting for a Michael.

More tests were made of other people. No Michael. There was even talk of postponing the picture. Coppola kept insisting Pacino was the right man for the part (he never gave me back my letter). But it seemed to be a dead issue. One morning at a meeting with Evans and Charles Bluhdorn I said I thought Jimmy Caan could do it. Bluhdorn, head of Gulf and Western, which owned Paramount Pictures, thought Charlie Bronson could do it. Nobody paid any attention to him. Stanley Jaffe got so pissed off watching the tests of unknowns in the screening room that when asked his opinion, he jumped up and said, “You guys really wanta know? I think you got the worst bunch of lampshades I’ve ever seen.” For days he had been patiently and quietly viewing stuff he hated without saying a word. So everybody understood.

All this astounded me. Nothing I had ever read about Hollywood had prepared me for this. Jesus, talk about democracy. Nobody was cramming anybody down anybody’s throat. I was beginning to feel it was my movie as much as anybody’s.

I had to go away for a week.When I came back, Al Pacino had the part of Michael, Jimmy Caan had the part of Sonny. The guy who had the part of Sonny was out. John Ryan, who tested better than anybody for the important role of Carlo Rizzi, was out. Even though he supposedly had been told he had the role. Ryan was so stunning in his tests of the part that I did something I had never done: I sought him out to tell him how great he played the part. He was replaced by a guy named Russo who had some sort of radio showbiz background in Las Vegas. I never found out what happened. I would guess Coppola and the Paramount brass horse-traded. I never got in on the horse trading. For some reason I had never thought of that solution.

Schapiro and Boyd in New York

On the set of Taxi Driver