Bruegel by way of Borges 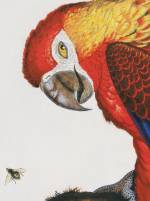 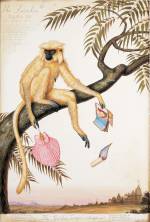 George Orwell famously shot an elephant in Burma when he was twenty-five years old and working as a colonial policeman, after the animal, which had been in must, had killed a man. Orwell fired five times in the vicinity of the elephant’s heart. He then sent for another rifle, and shot the elephant some more, until, overcome by its not dying and the protracted wheezing, he walked away. This was 1927. The literature of big-game hunting hadn’t entirely devolved into an absurdist wealthy white-man’s self-parody. Hemingway hadn’t taken his first safari yet, and there were still plenty of raw, genuine bwana-memoirs of the I-saw, I-shot-them, I-returnedhome- with-my-life variety, like The Recollections of William Finaughty, published around the same time, jaunty true tales of an ivory-trader’s derring-do—surviving an elephant’s trampling, say, or a herd’s charging, or being followed by two calves who believed that the hunter, having killed their mothers, had somehow taken over their maternal roles. (Unlike Orwell, Finaughty knew that you shot an elephant by avoiding its hide— not through the heart, but through the ear.) But Orwell’s essay is the writing that has endured—more so even than Hemingway’s African stories—in part because it is the most modern, possibly the first modern, account of killing an animal. What matters isn’t the death so much, or even the animal, but the anthropology: the colonial resentment of the British, the jeering Buddhist priests, the Imperial prisons, the floggings, the immense crowd, two thousand “yellow faces” looking for a piece of theatre, the botched job.

These paintings seem to aspire to the actual size of the beasts they depict, as though Ford were driven by some larger purpose

Walton Ford’s Nila puts Orwell’s essay in mind. In some respects, this painting, too, is a study of an animal’s anthropology. The elephant is also in must, but, unlike Orwell’s, is not dangerous, but distractedly happy, drooling, opened mouthed, with a long, pink, anatomically precise curving erection. Oxpickers—the indigenous white birds that feast on the parasites in an elephant’s hide—have been replaced, in Ford’s version, by an aviary of foreign fowl, each with a culturally weighted association (starlings, nightingales, white owls, a rooster, vultures, and a shrike that seems to be having its way with the only native, a little parrot, right there on the end of the penis). The painting seems to be encouraging us to see the elephant as more than an elephant—India, perhaps, or the East, or undisturbed nature. And the birds themselves, all Western, seem to be the insidious successors to Orwell’s Empire managers—tourists, hippie backpackers, corporate opportunists, know-it-all field workers. But there is much more going on as well.

For a start, there is the obtrusive physical fact of the thing. The painting is gigantic, literally as big as an elephant. (And deliberately so—these paintings seem to aspire to the actual size of the beasts they depict, as though Ford were driven by some larger purpose, an explorer’s imperative, perhaps, to capture an animal in its immediacy before it returns into its wildness.) Nila, the mammoth centerpiece of “The Tigers of Wrath,” the Brooklyn Museum’s retrospective of a mere decade of Ford’s work (it ran from October 2006 to February 2007), used up a whole wall and was too big to take in without standing at some distance from it. If you didn’t, you saw only the details. In fact, you had no choice: The picture was broken down into twenty-two panels, like so many separate paintings with their own sense of composition, serving to reinforce the overall elephantine proportions and the sense that anything so large (an animal, a building, a life) will always be understood differently by different people at different spots.

Then there is the physical texture. Like Ford’s other works, Nila is a watercolor, painted on paper, not canvas, an unsettling evanescence, which, in me, at least, gave rise to a feeling that I could tear the picture off the wall, crumple it up into a giant ball, and throw it away. Ford’s watercolors ask you to see them as field notes, an anachronistic conceit, like hastily done dispatches or reports, a bearing witness (again, that explorer’s imperative) of some rare creature suddenly sighted. I kept staring hard at what Ford works with: so portable but so perishable. All painters have had to find their relationship to photography. Ford discovered his by projecting himself into a world that didn’t yet have a camera.

Ford’s watercolors ask you to see them as field notes, a bearing witness of some rare creature suddenly sighted

And then there is the bibliographic urgency. You can’t ignore that the paintings want you to think of them in the context of a specific history, almost as if they were not paintings, but documents or literary works. (Nila, in this regard, is exceptional because it has so little commentary: Many have an actual script written round the margins, often half-rubbed-out, a diary entry, or a favorite passage from a book, something essential to the initial composition, possibly scrawled there to help keep the artist focused.) Almost all of these paintings owe their conception to a piece of text. The journals of Richard Burton, the nineteenth-century British explorer who became convinced that he could speak to monkeys in their own language, inspire The Sensorium. The louche history of the Earl of Rochester, the infamous seventeenth- century wastrel and rogue, informs The Debt to Pleasure. A nineteenth-century guide to bird trapping, the autobiography of Benvenuto Cellini (which includes the burning of a salamander—the magical creature meant to survive fire—in the family hearth), the sixteenth- century diary of a Dutch explorer (the entry describing a polar bear’s killing two crew members), a letter by the degenerate English Consul in Naples (about a pet monkey that enjoys enemas): Ford, I find myself thinking fancifully, must be one of the first artists since the invention of the paintbrush to find his images not from the world, in all its color and clutter and shapes, but from books. I exaggerate but the exaggeration seems to describe the uniqueness of the non-visual way this highly visualizing mind seems to work.While the paintings themselves—flamboyantly detailed, extravagantly precise—might invite the obvious comparisons to the wildlife work of John James Audubon, the texts they are based on (I imagine Ford’s discovering them in cracked leather bindings or on a shelf in a dark library of a neglected country estate, the walls mounted with hunting trophies) reveal something else at work, a writerly imagination: Bruegel by way of Borges. Of course, a Ford elephant painting would suggest an essay by Orwell—a literary imagination invokes literary associations—even though the essay itself probably didn’t inspire the painting. That inspiration, typically, was found in a much more obscure text, an ancient elephant-training manual, translated from the Sanskrit in 1985, that includes an explanation of the origins of must, which, according to the anonymous author, was invented at the beginning of the world and distributed among all of Brahma’s creations, half of it going to every living thing on the planet, except the elephant, which then got all of the rest. And that’s what you see in Nila—a unique animal madness, the energy of a wild, frightening, unfocused arousal, there, a fury of excess, quickly, before it goes. . . .
Partager
share twitter
The Spark and the Tear
Is that a banana in your pocket?