The Art of Jazz

Designs from the golden age of Modern jazz 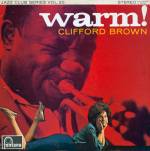 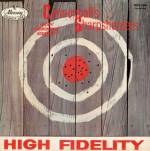 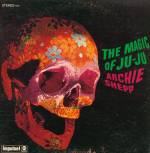 “I rarely heard the music in advance as I was trying to find images that were eye-catching.”
Interview with Bob Ciano

As art director during the busiest years of Creed Taylor’s CTI, Kudu and Salvation labels, Bob Ciano helped to construct CTI’s signature style, designing covers for an incredible roster of jazz legends. The label’s lush and intricate recordings called for covers that could visually match the perfected sounds pressed on the vinyl. Today you can still recognise a CTI record cover from twenty yards away. From the simple, clean layouts and wonderful Pete Turner photos, to the high-gloss laminated finish, CTI’s packaging looked more like a luxury gift presentation than a record jacket. The cover designs do as much to capture CTI’s time and place as do the recordings themselves. Bob Ciano’s illustrious career as an art director has seen him shape the design and layout of many renowned publications such as Life, The New York Times, Esquire, Travel + Leisure, Encyclopaedia Britannica, The Industry Standard, Forbes ASAP, and Opera News. Bob is also Adjunct Professor of Graphic Design and Illustration at California College of the Arts (CCA).

Can we talk a little about how you started working for CTI?
I officially became the art director in the early 70’s. Before that I’d already done some covers for Columbia. I then did some freelance work for Creed [Taylor], and then he hired me. I stayed there for three years. It was a terrific job.

Are there any particularities to being a designer in the record business? Is it difficult?
It was difficult at Columbia because the artists had a lot of say on the covers. But with Creed they couldn’t get involved at all. They were happy just to have covers at all. I could pretty much do what I wanted.

This is a dream for any designer... to have total independence.
I used to show them what I was doing, but they were all so polite that they just said it was terrific. I wasn’t used to that.

Were the musicians involved in the design process? Did they ever make any suggestions to you?
Hardly ever. I would show them things for them to react to, but very rarely did they come up with any visual suggestions.

When did you meet Creed Taylor?
He called me because I had been working with Pete Turner, the photographer. I was on a ladies’ magazine called The Red Book. They were looking for someone else to do the covers, and I had already done a few. Creed was expanding the office and needed a full-time art director. So he offered me the job.

Creed also had a reputation for not worrying too much about costs. Is this true?
He had very expensive tastes. You spent what you needed to spend to get the job done right. That’s why the album covers were all fold out—and very well printed, much better printed than in most companies.

Did CTI have a marketing budget?
If they had a budget nobody knew what it was. I would tell him if something would be very expensive and I don’t think he ever said no. The whole office was like that. The physical set up in the Rockefeller Center was beautifully designed offices with beautiful furniture. Everything had to be the best.

CTI had a very unique style and image, which was very modern for its time. Now the hip hop generation is rediscovering labels like CTI with its image that you helped to create. This must be very flattering for you?
It’s strange because in the last couple of years I’ve been called by people who collect CTI records and covers. And I know from friends that DJs are using them as well. When we were doing it we didn’t have any idea of what was happening, we were just doing what we thought was right.

Can you describe the daily life at CTI?
Musicians were all around. People hung out in the art department because it was a big space.We would talk about forthcoming albums and maybe about what the titles would be. Then I would go out working with a small group of photographers and illustrators, trying to find images that might work as covers. I rarely heard the music in advance as I was trying to find images that were eye-catching. It was a small company and we had a very little promotional budget.

What would you do to make people stop and stare at a CTI record in a store?
The covers were used to promote the records in a big way.We used to print extra copies of just the cover and would send them out to stores who put them out on display. We used to give those out for free. Then we started selling the covers—just the image on the printed paper. I think they were sold for a dollar. A lot of people started collecting the covers.

You also designed covers for Creed’s other labels like Kudu and Salvation?
Creed started Kudu and Salvation, which was a gospel label, while I was there. For Kudu we used a lot of illustration and different photographers. The covers were beautifully printed.

Was Kudu’s image different from CTI’s?
It had more of a lustred look. I set up a style which was distinctive. Each album was numbered, Kudu one, Kudu two, and so on.

How do you feel when you go to a record shop these days and see the CTI catalogue on CD rather than vinyl?
Sad. They’re too small. As a designer you can’t make much of a statement on a CD package. There are very few CD packages that are really distinct. The only ones that come to my mind is the stuff that Radiohead does. But as far as the jazz catalogue goes, it’s very hard to do much on that size.

Can you remember the working process for designing an album cover? Let’s take Prelude by Deodato as an example.
That’s the one with the green cover! That had the 2001 theme on it, I remember. The process was pretty much the same for each one. Creed and I, along with some of the other people in the promotional department, would sit around just talking about the records that would be recorded that month. There were usually several. I’d go out and start thinking about what images I could use; either by photographing something myself, or I’d go to a photographer I worked with regularly to see if they had any existing images that weren’t being used. Then I would make up two or three versions for each cover... show them to Creed and he would make a decision, usually picking one or two from the group. I rarely had to go back and do a whole bunch more. From there I’d put it together for the printer. The only thing I’d have to wait for would be the titles for the different tracks, which weren’t often decided until late.

Out of all the covers you designed, do you have any favourites?
I think that all the ones for Hubert [Laws] just happened. There’s one called Afro-Classic. Then there was a Randy Weston cover (Blue Moses) with a big image of a man’s face.We did it in different colors. I liked it a lot.

Did you miss your time at CTI, when you finally left?
I did, but I had already had enough of it. I got the opportunity to become art director for Esquire—and it was too good to turn down.

Did you ever work for another record company after leaving CTI?
No, I stayed in magazines. After Esquire I went on to become art director for Life magazine.

Is there anything you miss most about working at CTI?
I miss the interaction with the musicians, and I miss hearing them as well. I’d often go to wherever they were playing in NY and listen to them. Not so much with covers in mind, but just to get a sense of what they were doing. Occasionally you work in a place where everyone is right and this was a place that was like that. That doesn’t happen too often. Part of it was because Creed was very easy to work with.

Can you pick out any recollections of other record label designers at that time?
Yes, there was a really wonderful group of covers done at Riverside.When I worked at Columbia records, which was my first job in design, the art director who I worked for was Reid Miles. So I kind of had a good role model.
Partager
Let me In
Behind the lens