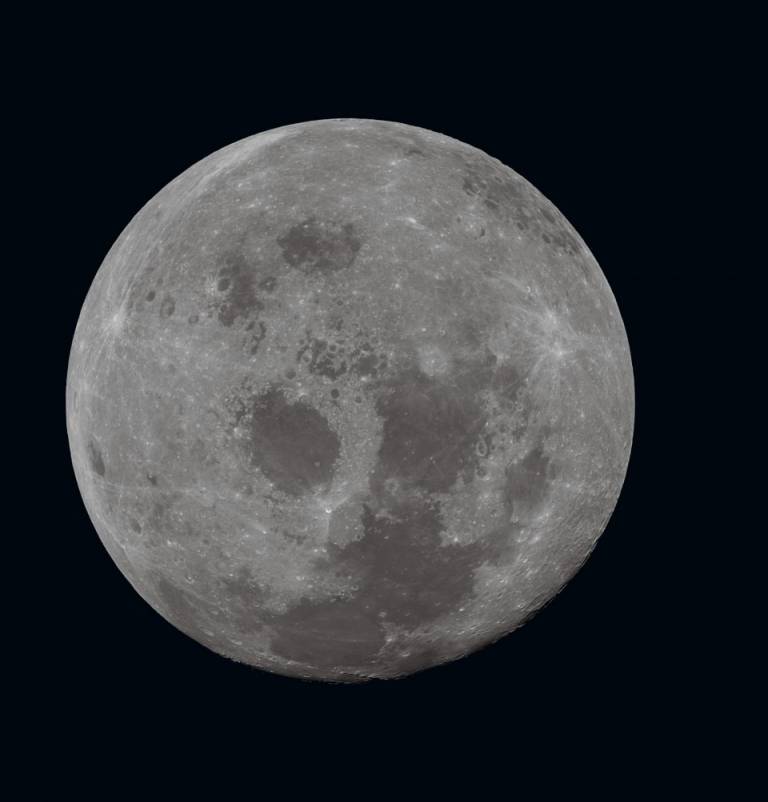 A view of the moon, taken on the return portion of the Apollo 11 mission, reveals part of the far side of the moon in the upper right.
© Photo: NASA 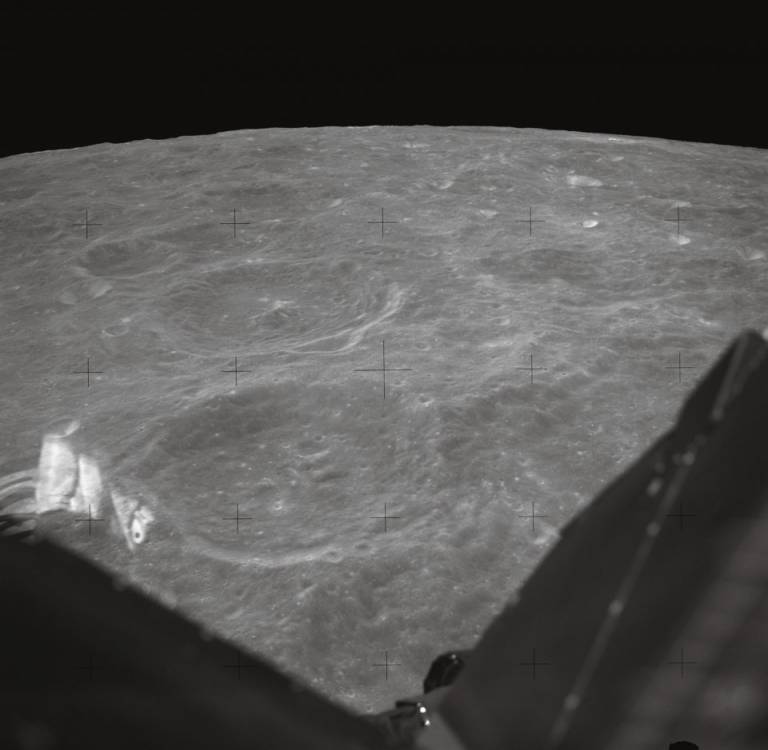 Four days into the Apollo 11 mission, Neil Armstrong and Buzz Aldrin were coasting around the moon’s far side in the Lunar Module when Aldrin photographed the craters Hartmann and Green.
© Photo: NASA

In the several trips to Houston, he was like a man looking for the smallest sign. For the moon book which he had begun that summer idled now in the gap of Pisces’ absence, and he did not know where to put his feet. One lifted a book like a boulder out of the mud of the mind, and his mind was a pit of wrenched habits and questions which slid like snakes. Where did you put your feet so that finally you might begin?

He found the answer at last in company with his favorite saying. “Trust the authority of your senses,” Aquinas had said. He could repeat it again, for there was an object at last for his senses, there in the plastic vaults and warehouses of the Manned Spacecraft Center at Houston was a true object, a rock from the moon. Looking at it, answers came, answers strong enough to send him back to Provincetown for the fall and winter haul of his book, and a little of the spring.

He finished in fact on a day when Apollo 13 was limping back to earth in wounded orbit with two fuel cells gone, its Lunar Module Aquarius never to reach the moon, yes, he finished in an hour when he did not know if the astronauts would return in safety or be lost, but he had written the ending in his mind long before; it came on the day he stood in quiet before that object from the moon, that rock which gave him certitude enough to know he would write his book and in some part applaud the feat and honor the astronauts because the expedition to the moon was finally a venture which might help to disclose the nature of the Lord and the Lucifer who warred for us; certainly, the hour of happiness would be here when men who spoke like Shakespeare rode the ships: how many eons was that away!

Yes, he had come to believe by the end of this long summer that probably we had to explore into outer space, for technology had penetrated the modern mind to such a depth that voyages in space might have become the last way to discover the metaphysical pits of that world of technique which choked the pores of modern consciousness — yes, we might have to go out into space until the mystery of new discovery would force us to regard the world once again as poets, behold it as savages who knew that if the universe was a lock, its key was metaphor rather than measure.

Marvelous little moon rock. What the Devil did it say?

It was not so much. They led Aquarius through one back room after another, and up and down a stone stair or two. The week of exhibiting the rock at msc was over — it was now on its way to the Smithsonian — and special favors were needed this particular afternoon to obtain a peek. But he reached a place at last he had been in months before, the room with the plate-glass window across its middle where magazine writers had hounded Armstrong until Armstrong confessed that man explored out as salmon swim upstream, and there on the other side of the glass was no astronaut today, but a small case vacuum-tight on the other side of the divide. He saw the lunar piece through not one glass but two, rock in a hermetically tight glass bell on the other side of another glass with still another hermetic seal.

Yet she was not two feet away from him, this rock to which he instinctively gave gender as she — and she was gray, gray as everyone had said, gray as a dark cinder and not three inches across nor two inches high nor two inches for width, just a gray rock with craters the size of a pin and craters the size of a pencil point, and even craters large as a ladybug and rays ran out from the craters, fine white lines, fine as the wrinkles in an old lady’s face, and maybe it was the pain of all these months of a marriage ending and a world in suffocation and a society in collapse, maybe it was just the constant sore in his heart as the blood pumped through to be cleared of love, but he liked the moon rock, and thought — his vanity finally unquenchable — that she liked him. Yes. Was she very old, three billion years or more?

Yet she was young, she had just been transported here, and there was something young about her, tender as the smell of the cleanest hay, it was like the subtle lift of love which comes up from the cradle of the newborn, and he wondered if her craters were the scars of a war which had once allowed the earth to come together in the gathered shatterings of a mighty moon — there was something familiar as the ages of the bone in the sweet and modest presence of this moon rock, modest as a newborn calf, and so he had his sign, sentimental beyond measure, his poor dull senses had something they could trust, even if he and the moon were nothing but devils in new cahoots, and child of the century, Nijinsky of ambivalence, hanging man Aquarius, four times married and lost, moved out of msc with the memory of the moon, new mistress, two feet below his nose, and knew he would live with the thought of a visit. All worship the new science of smell! It was bound to work its way through two panes of glass before three and a half billion more years were lost and gone. 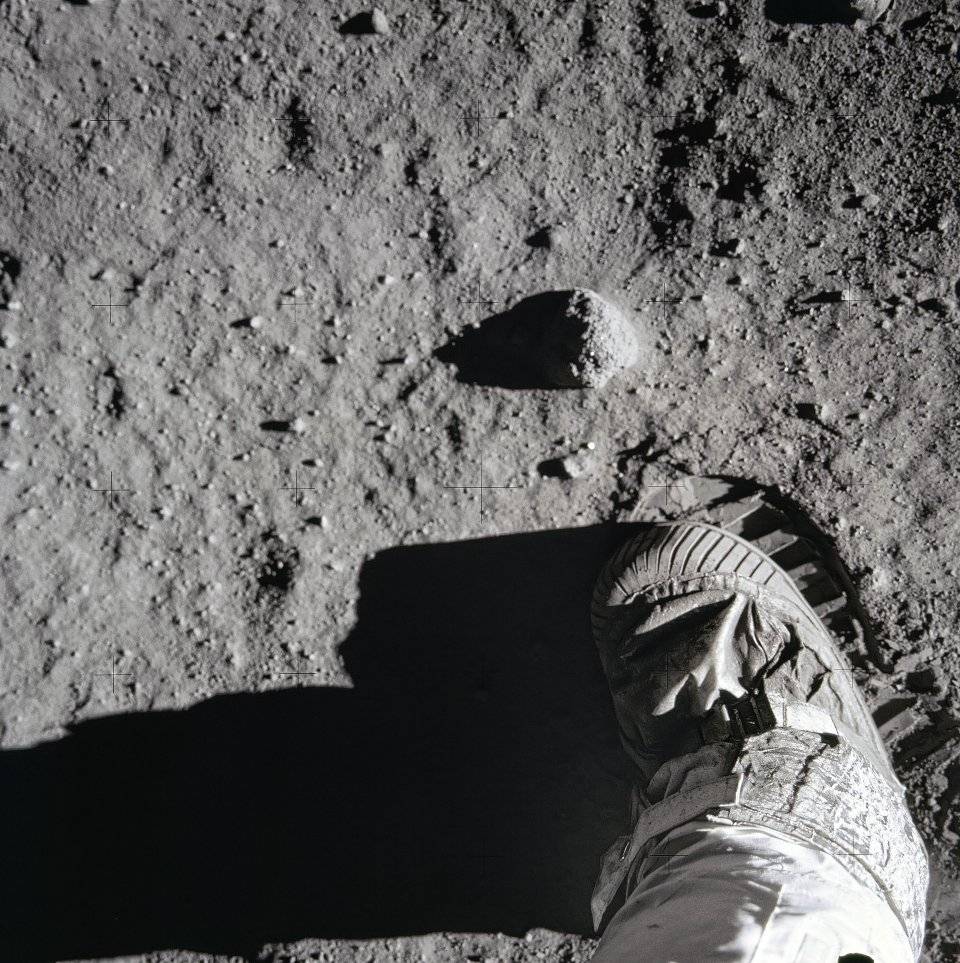 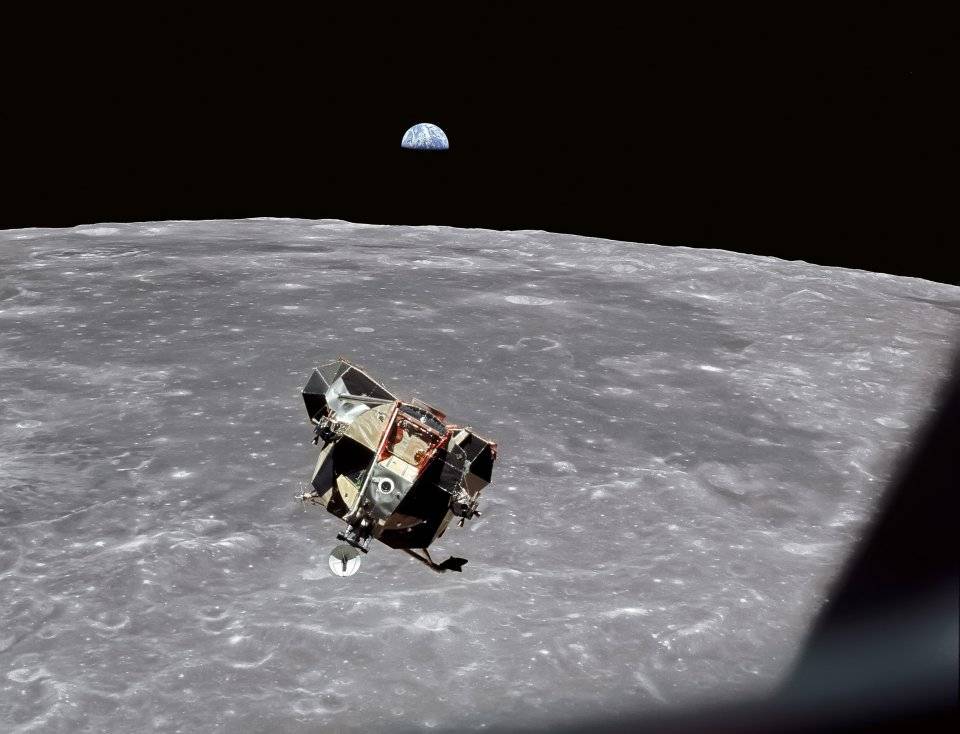 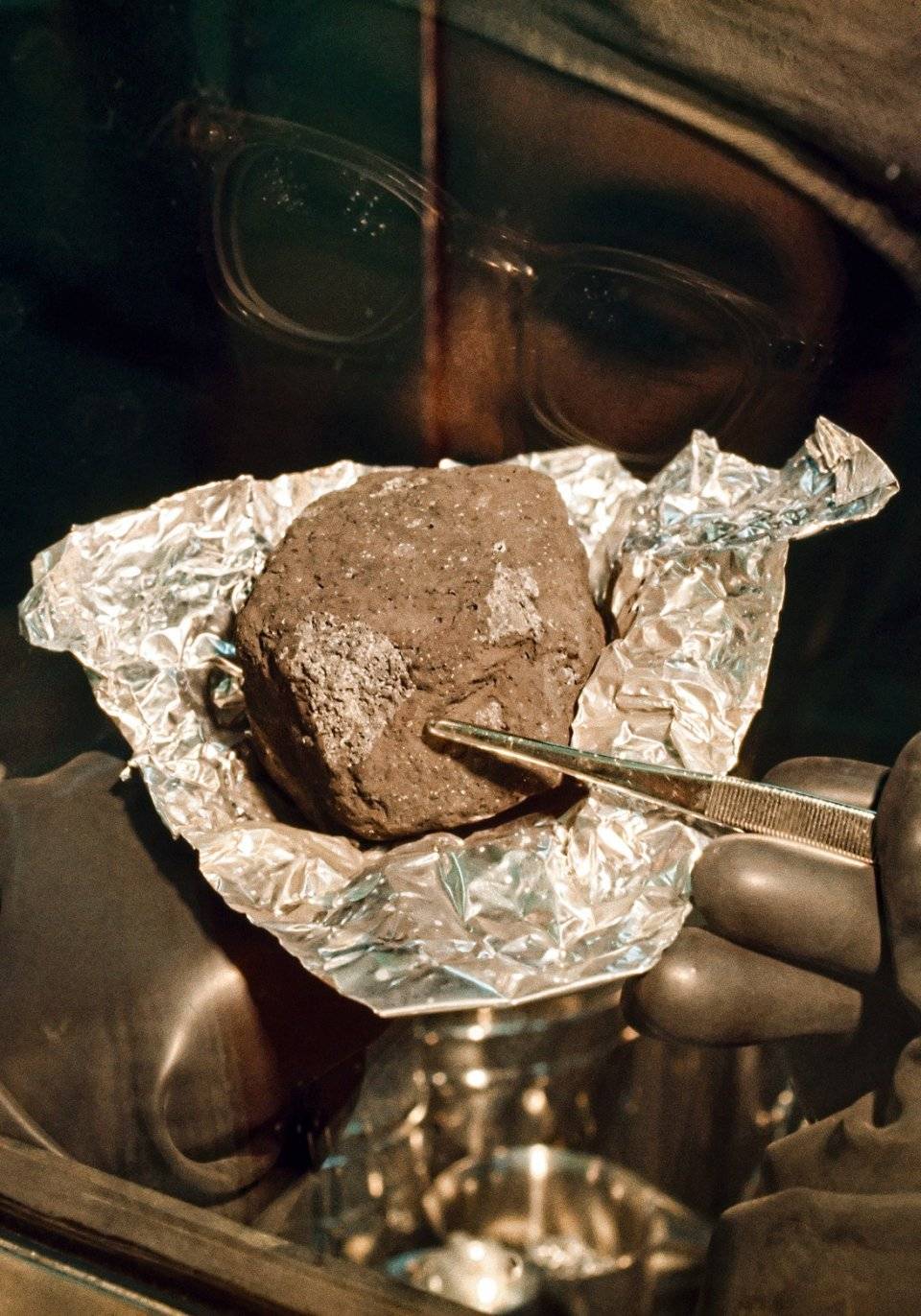 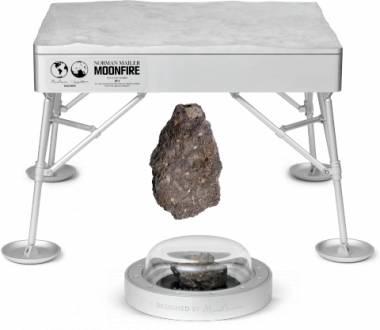 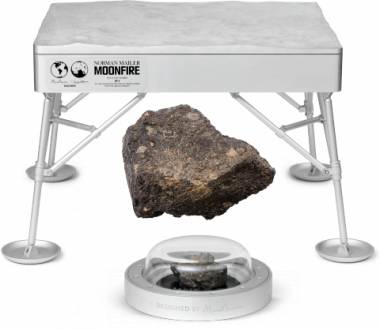 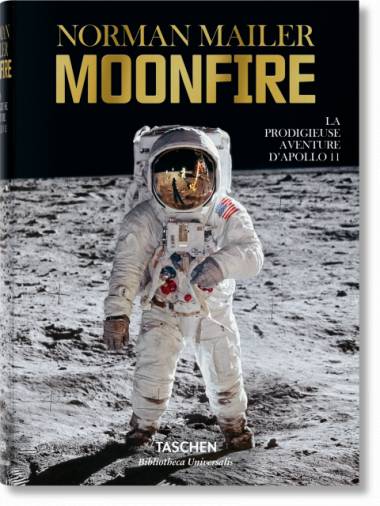 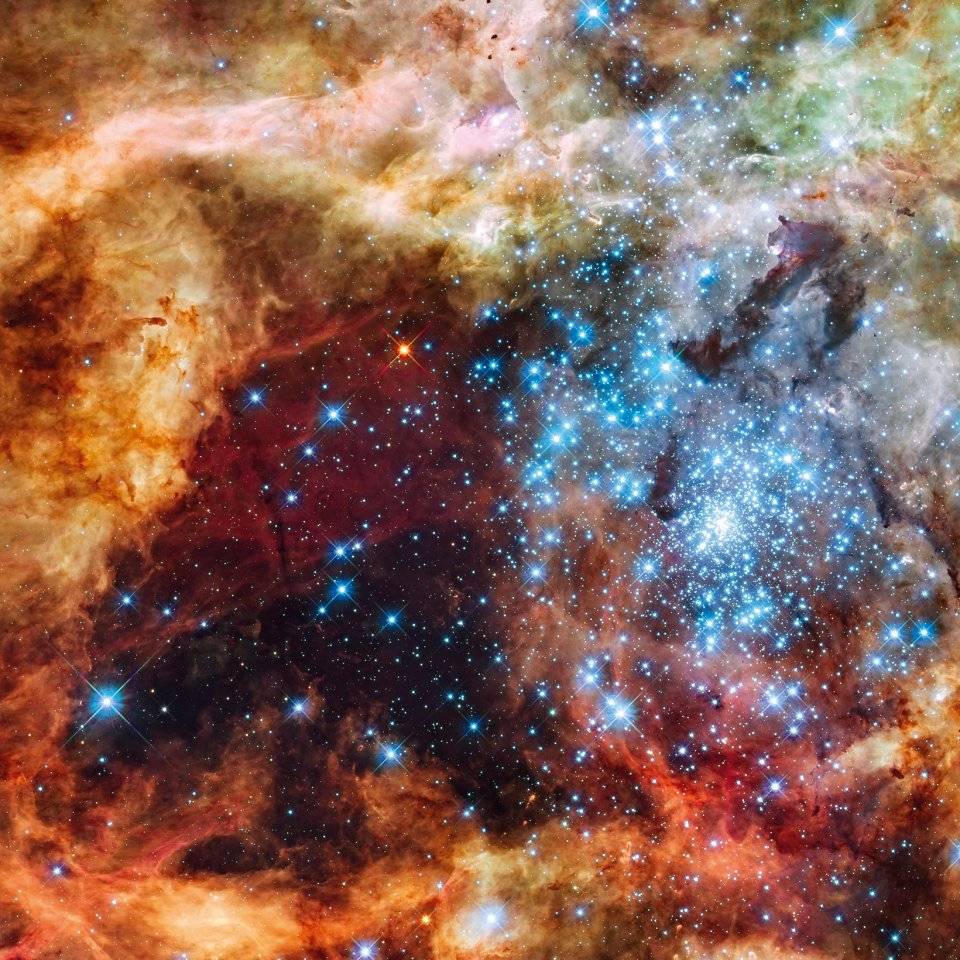