TASCHEN makes a studio visit to Brian Sanders, the British illustrator behind Mad Men’s iconic Season 6 promotional poster. The poster, emblazoned across buses, billboards, websites, and magazine pages, captured the spirit of the show by drawing directly from 1960s and 70s commercial illustration.

“The project came out of the blue,” recalls Mr. Sanders, “I had an email one day with two pictures on asking me if I’d done either of them…They said ‘Can you still do this?’ I said, ‘Well, I can try.’”

Signed prints of the poster are included in TASCHEN’s Art Edition of Mad Men, limited to 500 numbered copies, signed by Matthew Weiner, and also featuring the complete Mad Men scripts, quarter bound in a slipcase. 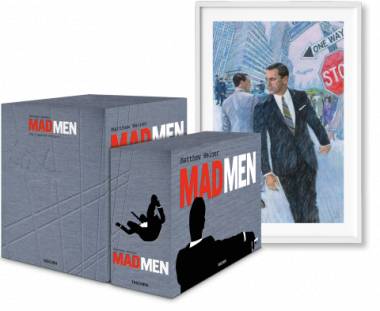