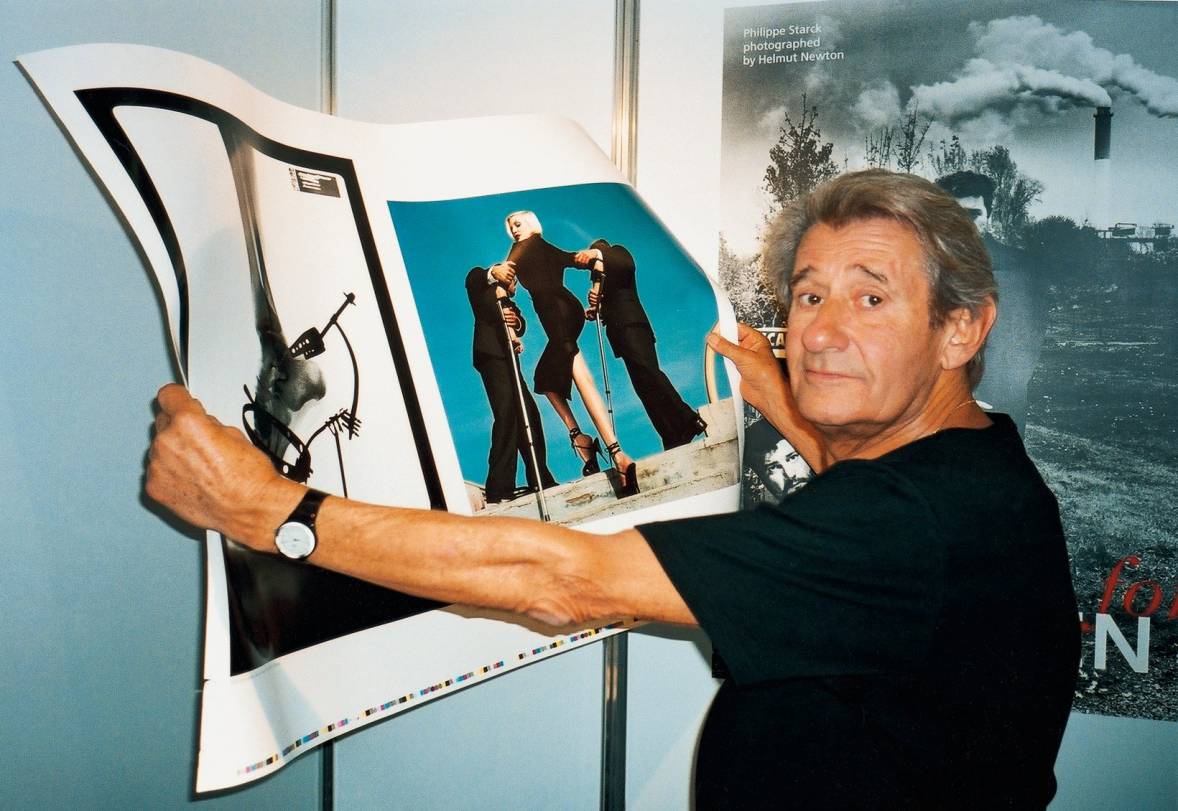 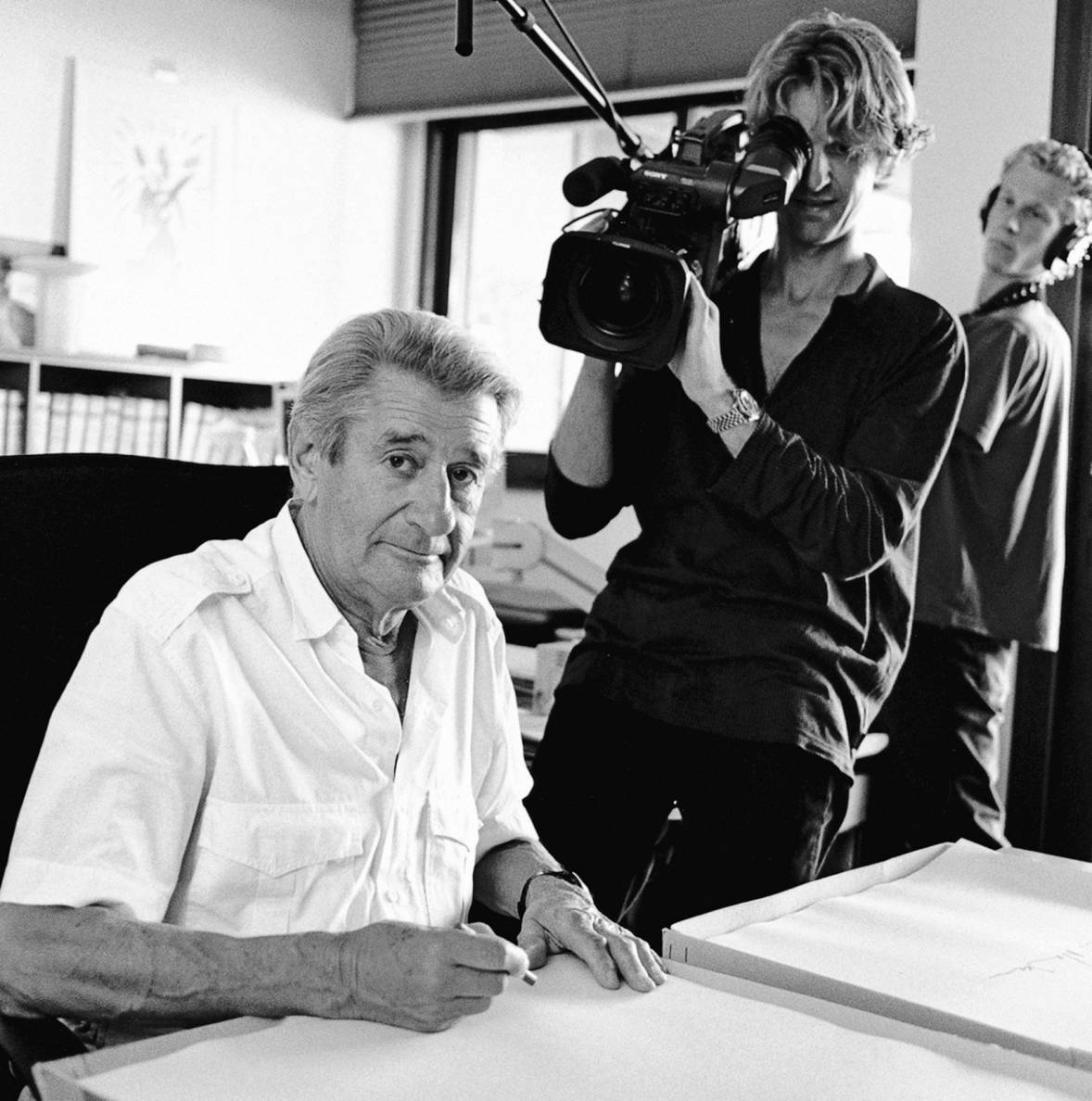 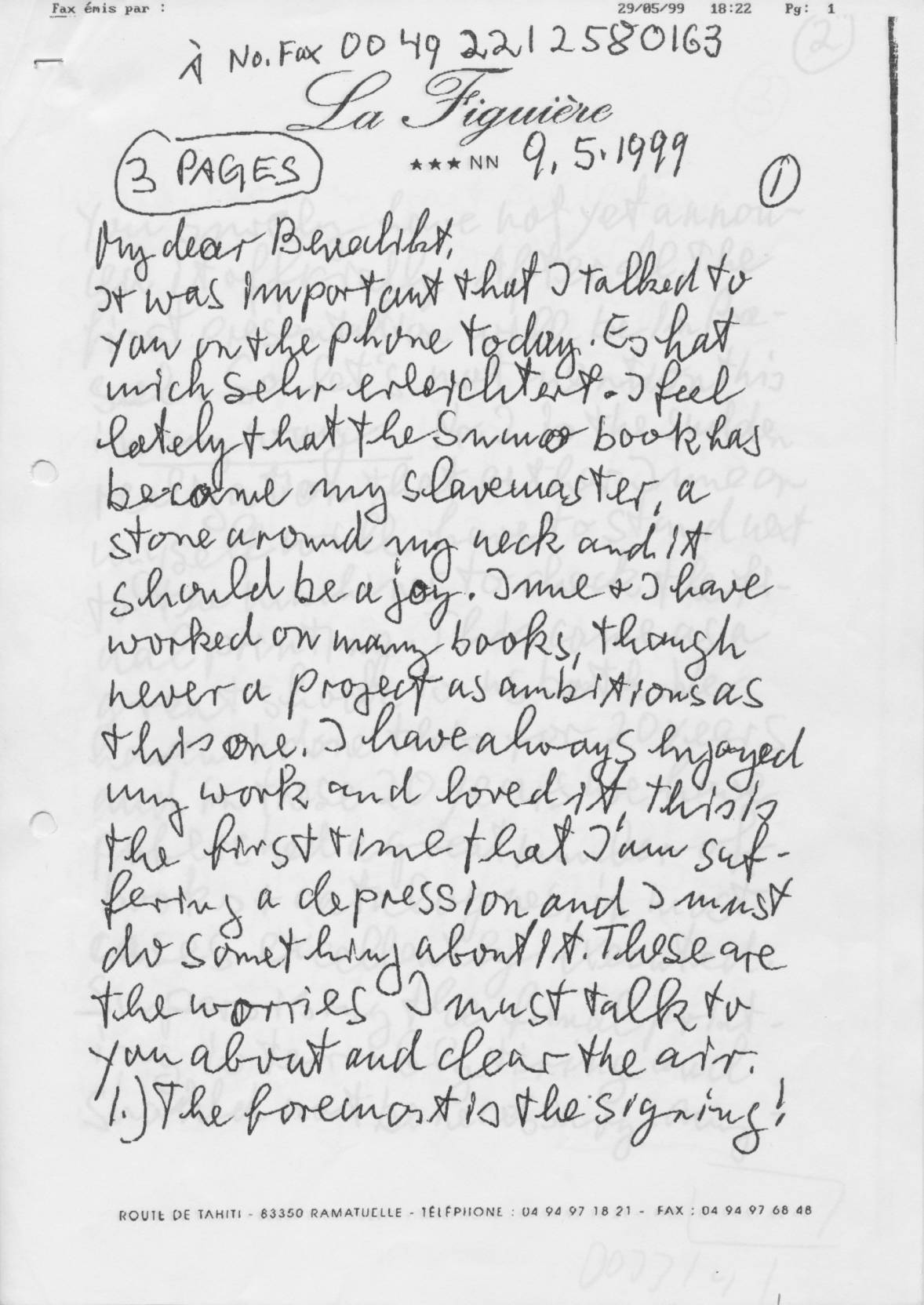 Over a period of two years, Helmut Newton and Benedikt Taschen exchanged letters, faxes, and phone calls to define details of the SUMO production. At some point, not amused by the prospect of having to sign the entire print run of 10,000 copies, Newton tried to wrestle out of the agreement, suggesting to “maybe sign a few dozen” printing sheets. 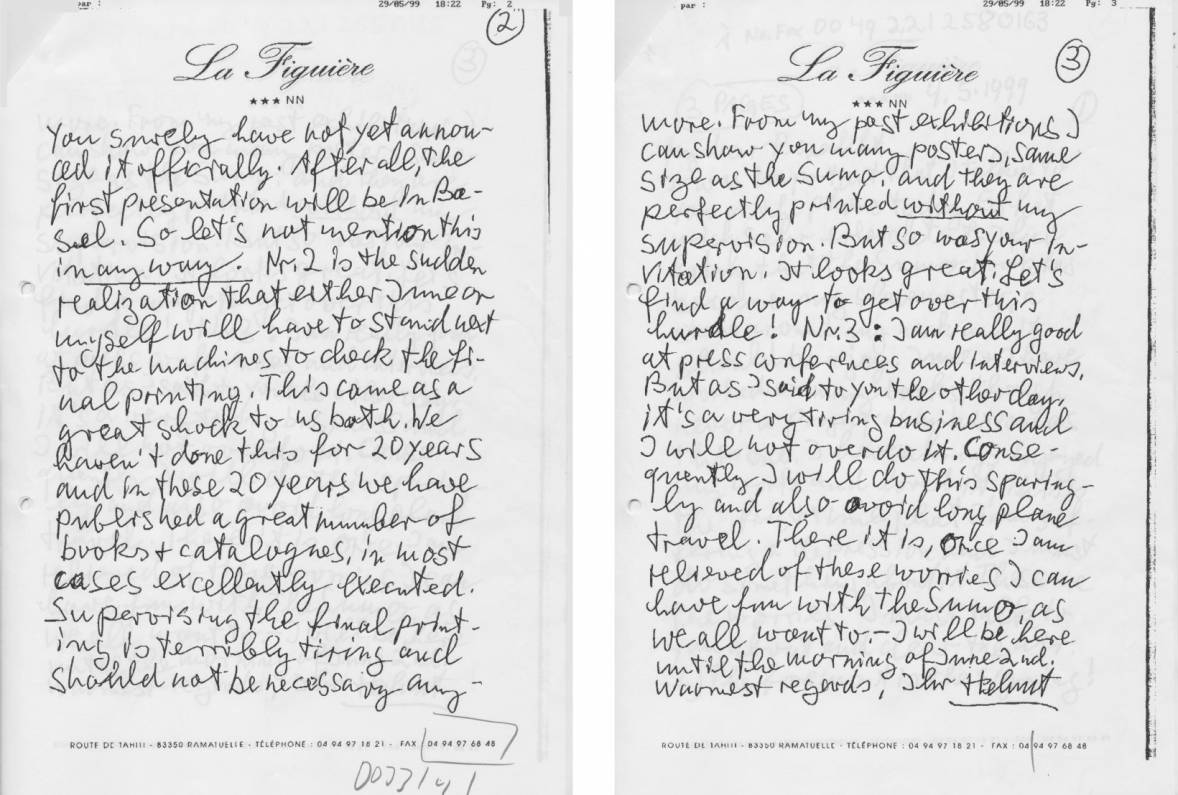 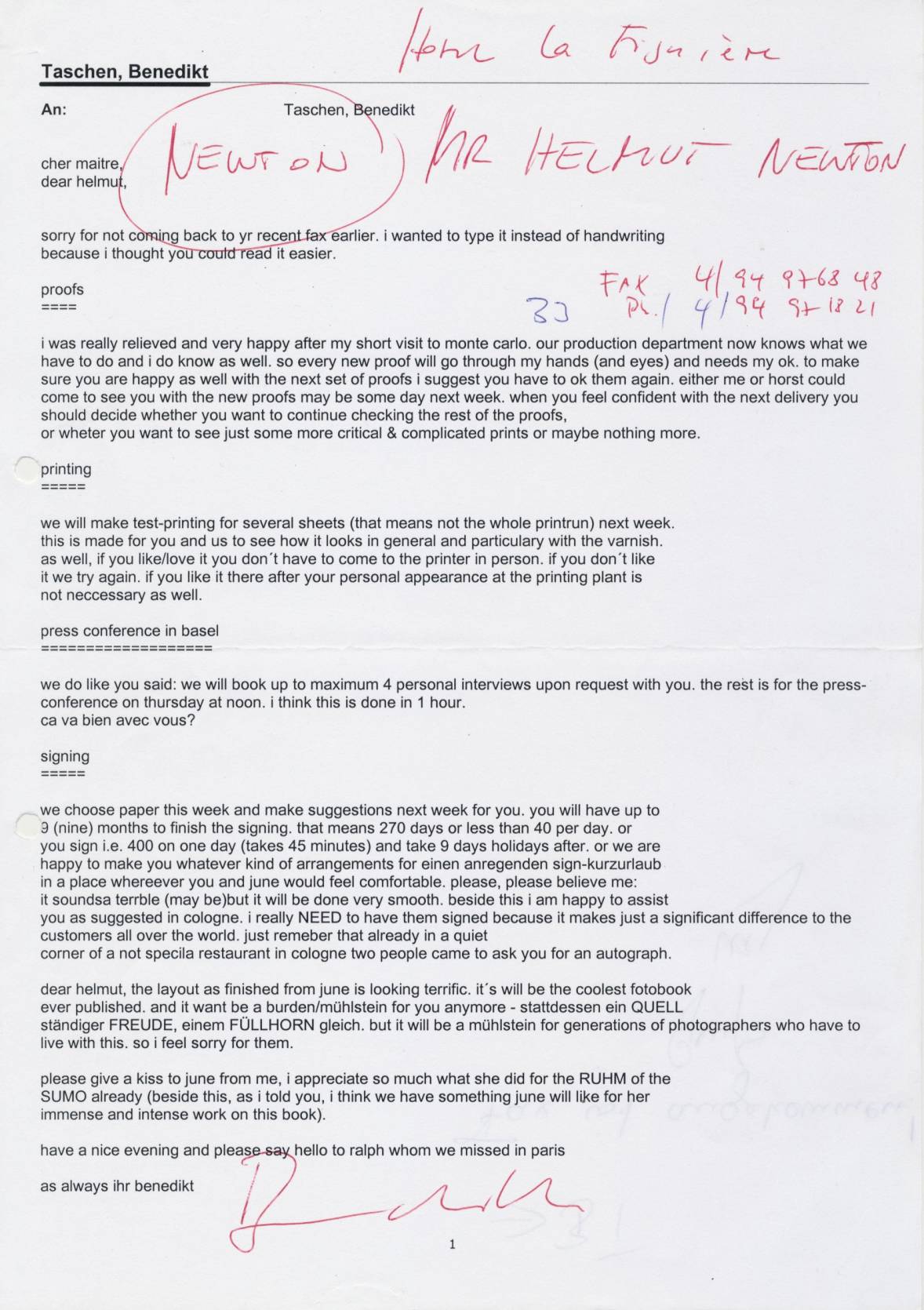 Left: Benedikt Taschen with the handmade dummy of SUMO when first presenting his idea of producing a gigantic book to stunned Helmut and June Newton in his suite at the Sunset Marquis Hotel, Hollywood, 1997. Photo by Helmut Newton

Right: Helmut Newton, Benedikt Taschen and auctioneer Simon de Pury after the auction of SUMO copy number one, signed by over 100 celebrities portrayed in the book. At 620,000 deutschmarks it made the world record price for a book published in the 20th century, Berlin, 2000. Photo by Alice Springs.

“That book was an outrageous idea—totally crazy!”
Helmut Newton

At 620,000 Deutschmarks SUMO made the world record price for a book published in the 20th century. 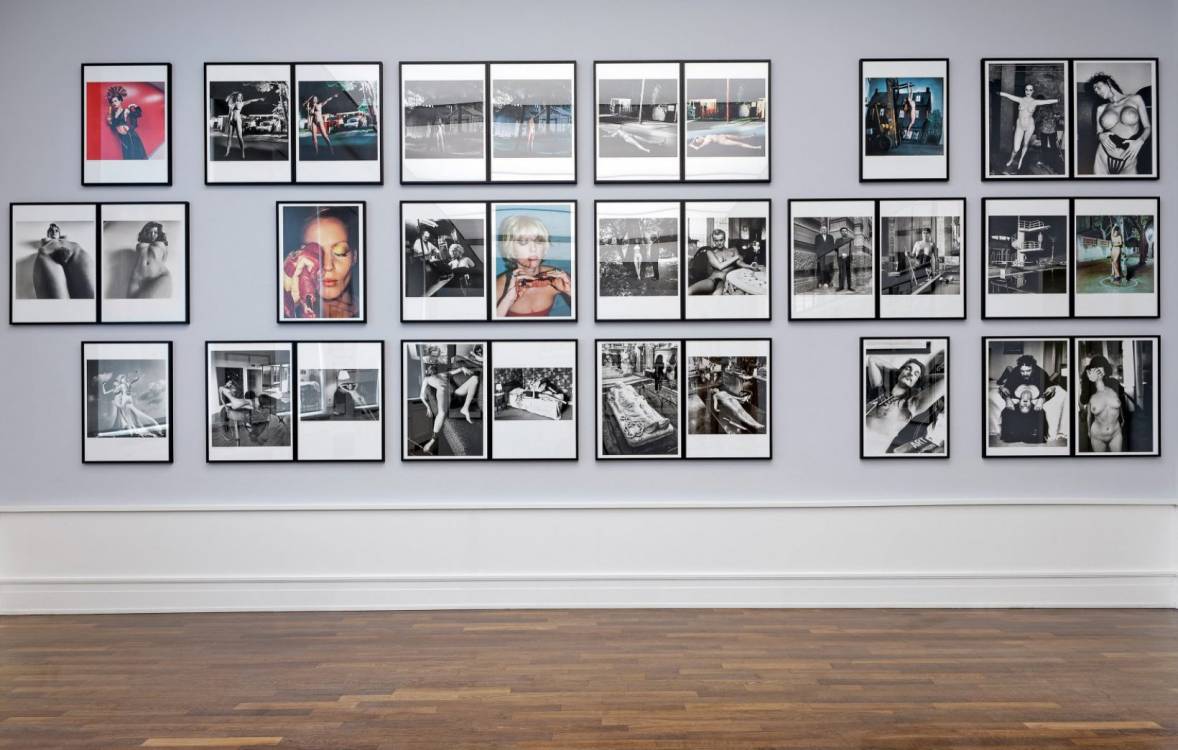 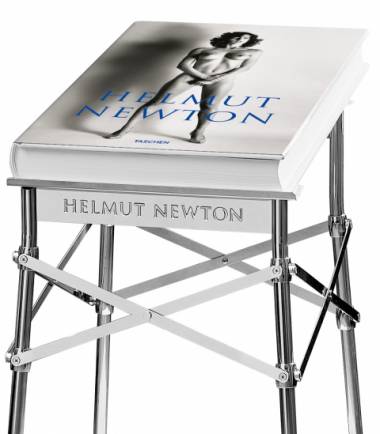 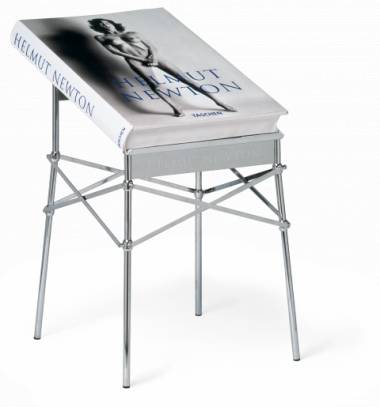 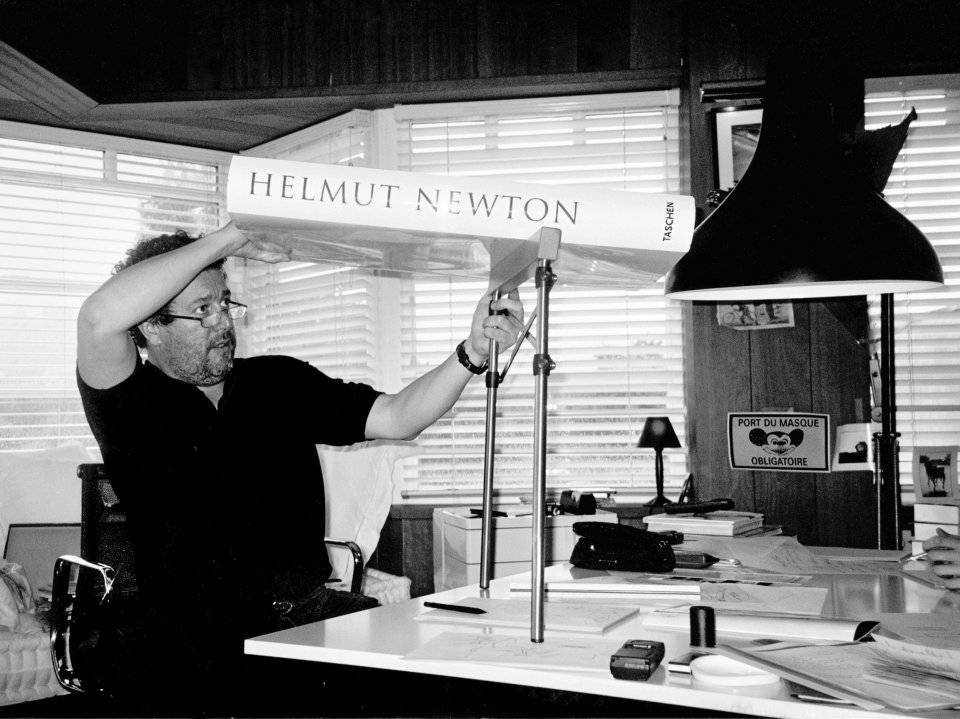 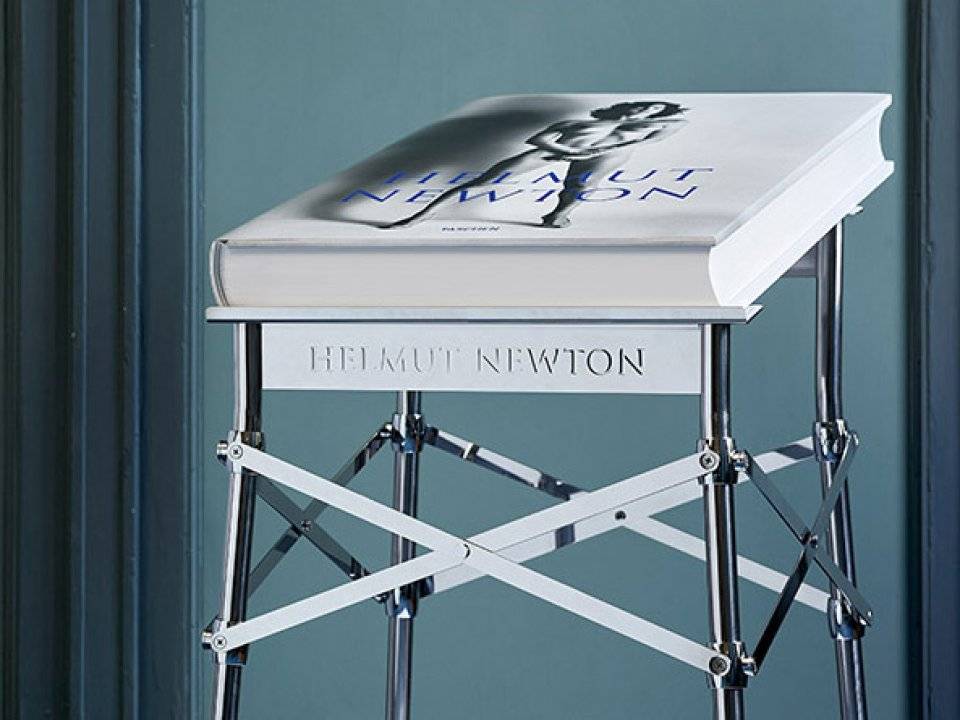