The personal photographer of Muhammad Ali

TASCHEN is saddened to announce the passing of our friend and collaborator, Howard L. Bingham, who died in Los Angeles on December 15, 2016. A first copy of his new book The Fight, with Norman Mailer and Neil Leifer, had just arrived to his home the previous day.
Perhaps no other single photographer is so closely associated with Muhammad Ali as Bingham, the man the Champ knighted his “personal photographer” in 1963, and who, over the years, became his closest friend. For over five decades, where Ali went, Bingham went, prompting Sports Illustrated to publish the pair on its cover in 1998 with the headline “Who’s That Guy with Howard Bingham?”

Born in Jackson, Mississippi, in 1939, Bingham moved to Los Angeles with his parents at age four. He was educated in the city’s public schools and at Compton College. While working at the Sentinel in 1962 Bingham was assigned to cover Cassius Clay, who was in town to promote an upcoming fight. Bingham showed up, photographed the event and left. But he ran into Clay a few hours later watching the passing show on a Los Angeles street. Amused, Bingham offered to show the young Clay brothers the town. Howard’s impromptu generosity became the first step in a lifelong friendship.

During the turbulent ’60s, Bingham recorded the devastation of virtually every urban uprising of significance. “Wherever there was a riot, I was there. I covered them all.” As a contract photographer for Life in 1968, he journeyed to Chicago to cover the chaos of the Democratic Convention. A 1969 Life photo-essay on Mound Bayou, Mississippi, done with writer Dick Hall, has been likened to James Agee’s and Walker Evans’ celebrated collaboration Let Us Now Praise Famous Men. He photographed celebrities as disparate as Adam Clayton Powell  Jr., Malcolm X, and President Gerald Ford. His work also appeared in Time, Sports Illustrated, People, Newsweek, and Ebony, among scores of others.

Bingham published several books of photography and nonfiction and was one of two principal photographers in TASCHEN’s tribute to Muhammad Ali, GOAT — Greatest of All Time (2013) and now The Fight. He is survived by his son Dustin, daughter-in-law Vana and granddaughter Kennedi. He will be missed.

Sitting on a Million Dollars, 1963 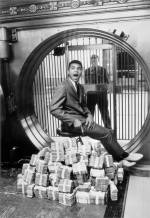 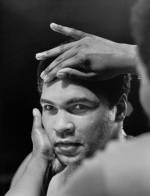 The President’s personal tribute to The Champ

Norman Mailer on Muhammad Ali’s miracle of a fight

The Making of GOAT

A Tribute to Muhammad Ali