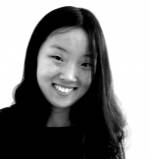 An interview with designer Yang Liu, who depicts simplistic clichés about men and women in clever pictograms

You’ve lived in China, Germany, the USA and Britain. What differences have struck you between these countries?
Even in their ancient traditions towards the origins of humankind, the cultures are already very different. In China, humankind was created by a goddess, a friend to humanity. In the Christian traditions of Western Europe and the United States, you pray to a male god as humankind’s creator. These traditions still have a bearing on these cultures today. In China there was never a women’s movement on the same scale as in Germany, but in practice the process of emancipation has in some ways made greater advances. Women have been independent for more than 60 years, which is why the social role of stay-at-home housewife is completely unknown to Chinese women of my generation. It simply doesn’t exist anymore. It has become common in metropolises such as Beijing and Shanghai for men to be running the household almost exclusively, and it is entirely normal for women, including young women, to hold positions in management. In Germany a distinction still has to be made between the western and the eastern regions. The West has a very long and eventful path of emancipation behind it, and Germany is certainly a leader in many respects when it comes to equal rights. But there are very many households in which the women have to cope with most of the domestic jobs that need doing, especially when it comes to childcare. In eastern Germany, on the other hand, women are far more independent and less bound to traditional roles, probably on account of its political past, similar to that in China. Throughout Germany, however, people are still surprised to see women (and in particular young women) in positions of leadership.

Do the pages reflect your own experiences of gender equality?
In this book as in my last one, East meets West, I have tried to go beyond the limits of experiences that concern me personally. Man meets Woman is not a self-portrait, but rather a documentation of my impressions of gender roles and equality. So the primary question is not whether and to what extent I identify with these themes personally, but their ongoing relevance.

What, in your view, would represent equality of the sexes?
In a truly equal world, everyone would have to be able to be who they are, without any artificial behavior. Perception ought to be gender-neutral. One of the spreads in my book shows a man standing very dominantly in front of a woman: he is immediately judged disparagingly as macho. By contrast, a woman adopting the same pose in front of a man is seen in a positive light, as feisty or strong-minded. Although it seems funny at first sight, it reflects an inequality in our perception. A man, for example, should be able to wear dresses without people looking at him strangely, and a woman should likewise be able to attend meetings in a dress rather than a trouser suit, without having to worry about whether it makes her look sufficiently professional.

How long did you work on the book?
I began the work about six or seven years ago, after my last book came out. I chose the subject because it is so universal – a topic that concerns me and my friends around the world. Women and men complain and make jokes about the same problems in cities the world over. The book took even clearer shape after the circumstances of my own life changed and I was able to see many themes from a different perspective. Just as in my previous book, it is absolutely not my intention to preach. I would be very happy if my readers, looking at this book, were able to laugh at themselves. That is a major prerequisite for being able to look at our partner differently.

Is there a reason why you like using pictograms so much?
Pictograms are the earliest means of communication in all cultures. Simple illustrations slowly developed into pictorial characters and then into scripts as we know them today. I want to keep my visual means as concise as possible so that the content is in the foreground. In traditional Chinese culture, it is considered the highest of art forms to portray profound content with the fewest visual means. That tradition has also undoubtedly influenced me on a formative level.

You play with clichés and stereotypes. Why is this significant?
Many themes are just as present and relevant today as they were 30 years ago, and so for me they are not really clichés or stereotypes, but more perhaps the little truths of our time that we don’t want to see or don’t want to acknowledge. Through this book, I hope to encourage men and women to approach their dealings with one another with a bit more humor. I would like it to be the sort of book where you can laugh at yourself and be entertained, but also take it on board and exercise a little more tolerance when interacting with others.
Share
Ancient Egypt in Modern Times
Little Nemo is back!

US$ 15
Ancient Egypt in Modern Times
Little Nemo is back!