Blending themes of pop culture with techniques reminiscent of the old masters, Mark Ryden has created a singular style that blurs the boundaries between high and low art. 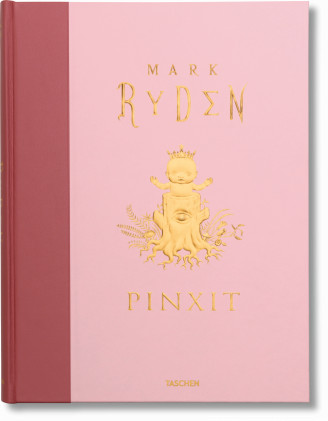 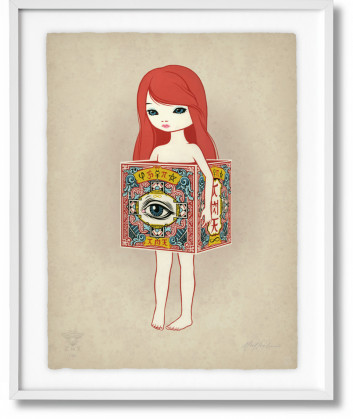 Mark Ryden received a BFA in 1987 from Art Center College of Design in Pasadena. His paintings have been exhibited in museums and galleries worldwide, including a retrospective Wondertoonel at the Frye Museum of Art in Seattle and Pasadena Museum of California Art, and in the exhibition The Artist’s Museum at the Museum of Contemporary Art in Los Angeles. He currently lives and works in Los Angeles.

Fusing popular culture with skills reminiscent of the old masters, American painter Mark Ryden creates artworks that blur the lines between high and low. His work first garnered attention in the 1990s when his new genre of painting, lowbrow or ‘pop’ surrealism, gained currency. His subject matter has many sources for inspiration and melds ritualized spectacle with consumer objects, creating tableaus loaded with cultural connotation both historical and contemporary. ​

Ryden began his career as a commercial artist, specializing in music album art and book covers. He graduated from the Art Center College of Design in Pasadena in 1987. His painting The Tree of Life was included in the exhibition The Artist’s Museum, Los Angeles Artists 1980-2010 at The Museum of Contemporary Art, LA (MOCA) and his work has been credited with contributing to the artistic dialogue taking place in Los Angeles since the 1980s. Ryden’s work has been described as carnivalesque art, which combines comic compositions with the camp and kitsch, and the grotesque and billingsgate. He has been compared to Netherlandish painter Hieronymus Bosch whose fantastic imagery revels in a similar baroque exuberance, drawing viewers in with dark allegorical messages.

Ryden’s vocabulary ranges from cryptic to cute, treading a fine line between nostalgic cliché and disturbing archetype. His meticulously glazed surfaces depict a menagerie of old toys, anatomical models, stuffed animals, skeletons, and religious ephemera. Like a cabinet of curiosities, his paintings are a maze of mysteries and intrigues, generating feelings of nostalgia, introspection, solitude, and peacefulness. Meat is a reoccurring theme in his work, emblematic of his ability to make the mundane disturbing.

TASCHEN monograph Pinxit on Mark Ryden is structured around the central themes of his major exhibitions: The Meat show, Wondertoonel, The Snow Yak Show, The Gay 90s, Tree Show, and Bunnies and Bees and includes key essays. The book is available in different editions.