The iconic radical of American architecture 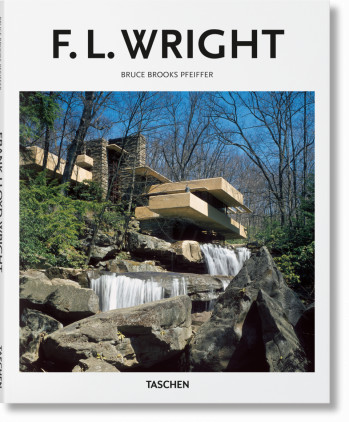 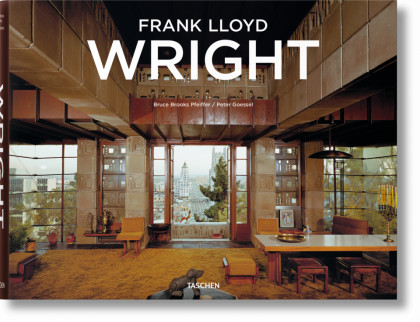 From skyscrapers to synagogues, Frank Lloyd Wright (1867–1959) was an architect whose designs fundamentally changed the way we think about buildings. His structures demonstrate his philosophy of organic architecture, which aimed to create harmony between humanity and the environment through a combination of materials, forms, and visual perspectives. Named the greatest American architect of all time by the American Institute of Architects, key examples of Wright’s work can be found in Buffalo, Chicago and across Montana but his influence transcends national boundaries. Many features of modern suburban homes the world over date back to Wright, including open plan living, slab foundations, and simplified and efficient construction techniques.

TASCHEN books offers a selection of architecture books on Wright’s work, including a three volume monograph that includes all of his designs. Made in cooperation with the Frank Lloyd Wright Archives in Taliesin, Arizona, the book collection spans Wright’s projects, from his early Prairie Houses, his work in Japan, his progressive “living architecture” buildings, right through to the Guggenheim Museum, New York, and his fantastic visions for a better tomorrow in the “living city.”

Wright’s penchant for natural houses led to the the Usonian concept home, epitomized by the iconic Fallingwater. Trademarks of this house, including a central fireplace and wide-spread use of glass to bring a feeling of the exterior world indoors, have become staples in modern architecture. Wright’s vision for a total home meant he also often designed the interior including furniture and custom features like stained glass. TASCHEN titles on Frank Loyd Wright offer much more than just a coffee table book of famous buildings but provide a comprehensive insight into his biography, the very best of his portfolio and the mechanics of a mind steeped in mid century modernism.