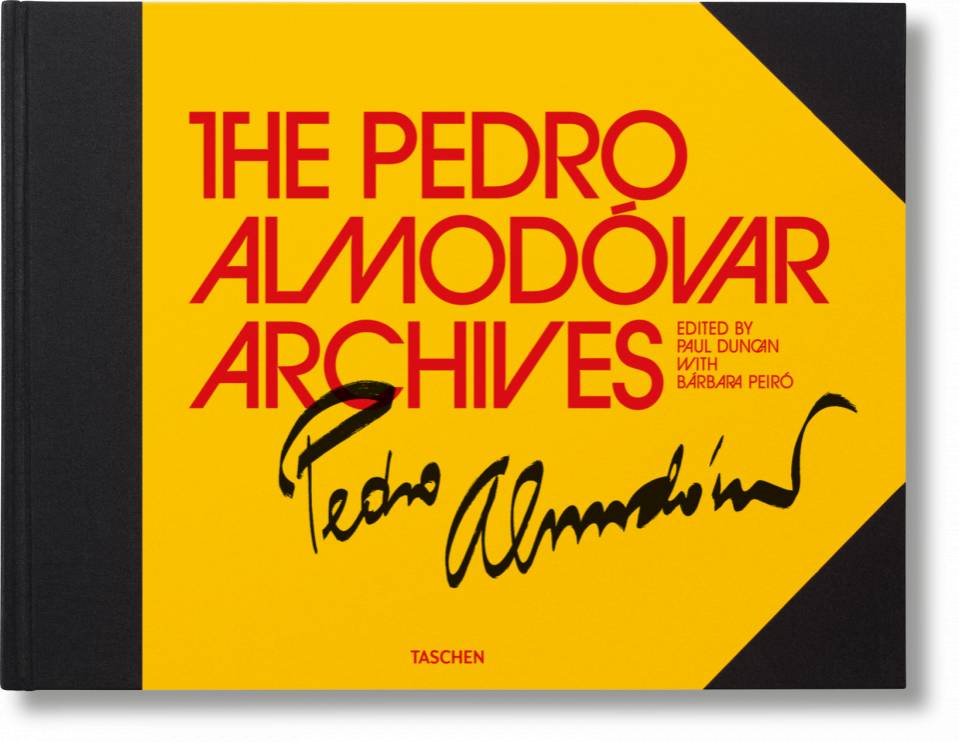 Hardcover, 13.3 x 9.7 in., 7.71 lb, 456 pages
US$ 80
An updated edition of The Pedro Almodóvar Archives, offering inside access to the cult Spanish director who beguiles audiences worldwide with his thrilling dissertations on desire, passion, and identity. With behind-the-scenes pictures and personal reminiscences, Almodóvar himself guides the reader through his singular journey from its early days through to I’m So Excited (2013) and Julieta (2016)

One of the most prolific and influential auteurs at work over the past 40 years, cult Spanish director Pedro Almodóvar has beguiled audiences worldwide with his thrilling dissertations on desire, passion, and identity. Cast an eye over his long list of productions and you’re confronted with intoxicating tales of psychological melodrama, black comedy, familial feud, and violent lust.

This edition of The Pedro Almodóvar Archives offers unique inside access to behind-the-scenes pictures and personal reminiscences as the director guides us through his journey, from his early days right through to I’m So Excited (2013) and Julieta (2016). Based on and expanded from the original TASCHEN XL volume produced in collaboration with Almodóvar himself, the book offers a fascinating insight into the creative process behind such cinematic tours de force as Women On The Verge Of A Nervous Breakdown and the Academy Award-winning All About My Mother and Talk To Her.

Each film is featured with its original poster, full cast and crew listings, as well as an essay by a leading Spanish author. Almodóvar personally supplements the vivid photographic material, captioning each image with his own reflections and comments. As an overview of a true original’s creativity and a luminous era of cinema, this is an indispensable companion to the mighty Almodóvar canon created by the master himself.

An absolutely beautiful and well-edited book to capture the extraordinary filmmaking of Almodóvar.

The Pedro Almodóvar Archives
US$ 80