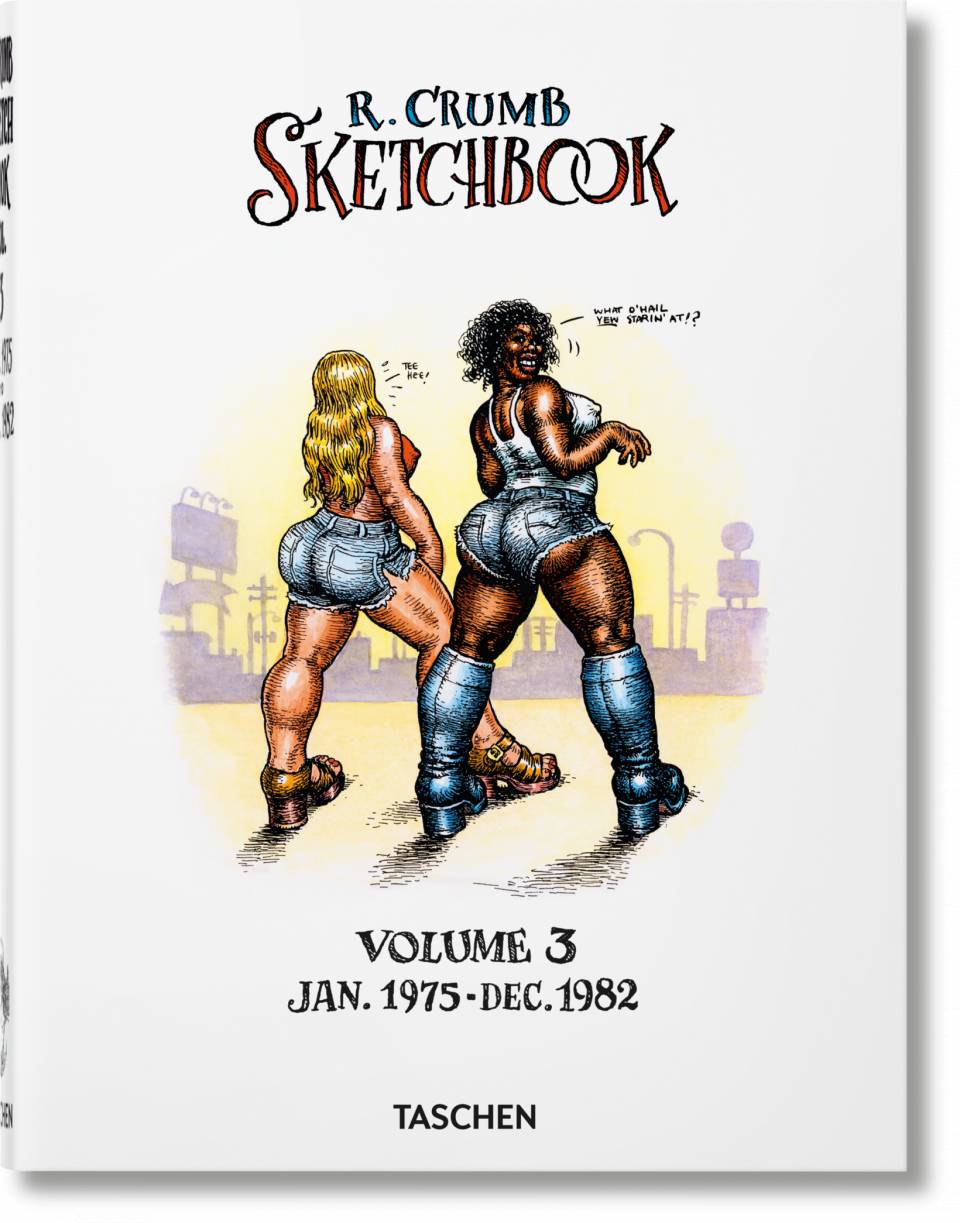 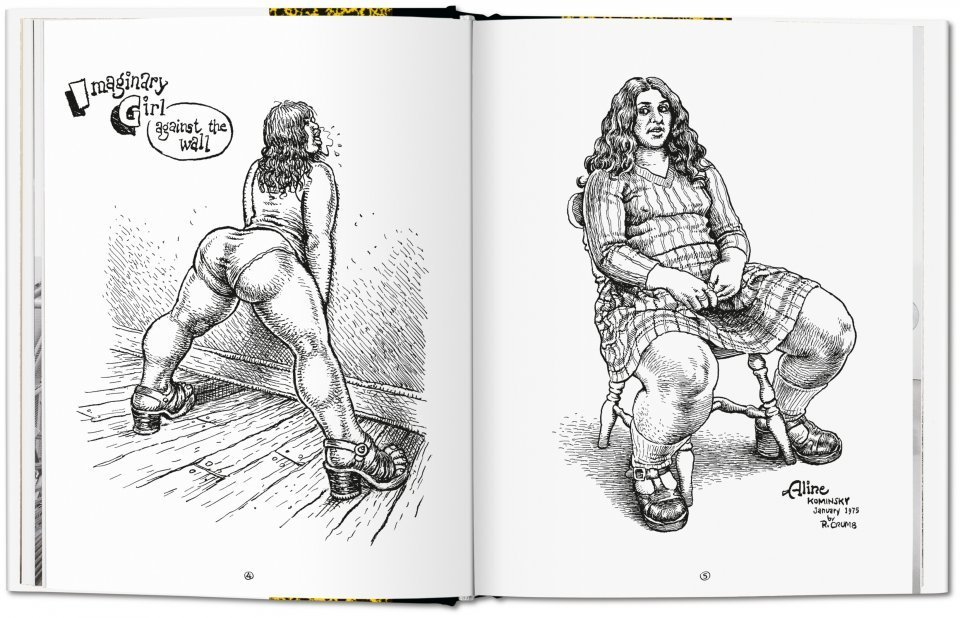 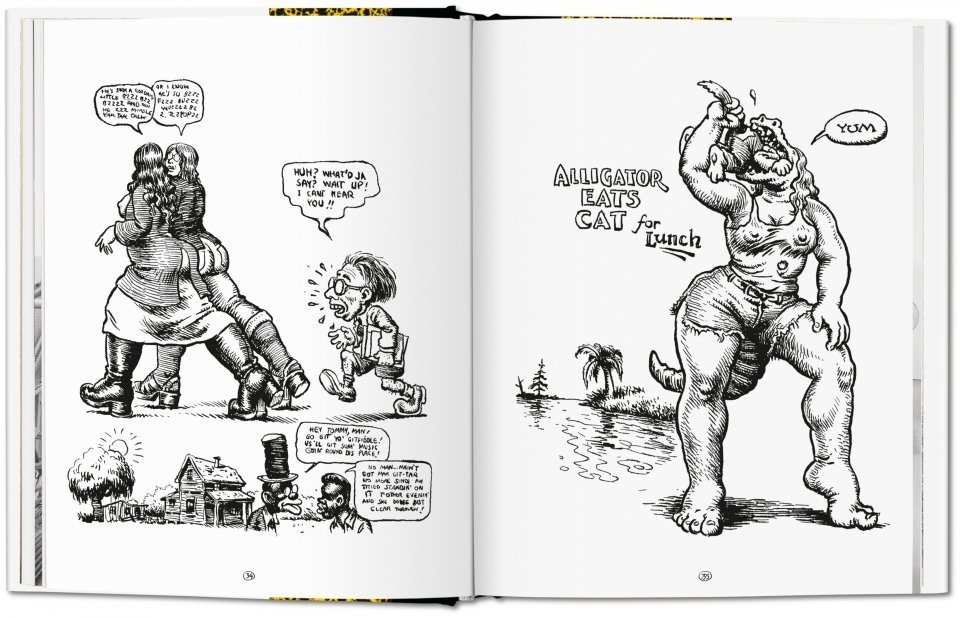 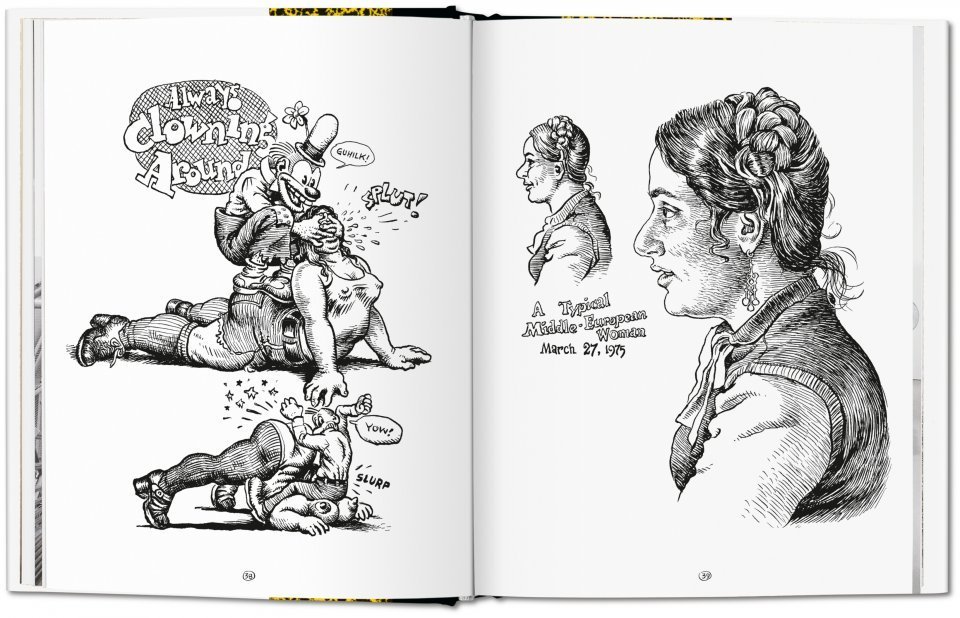 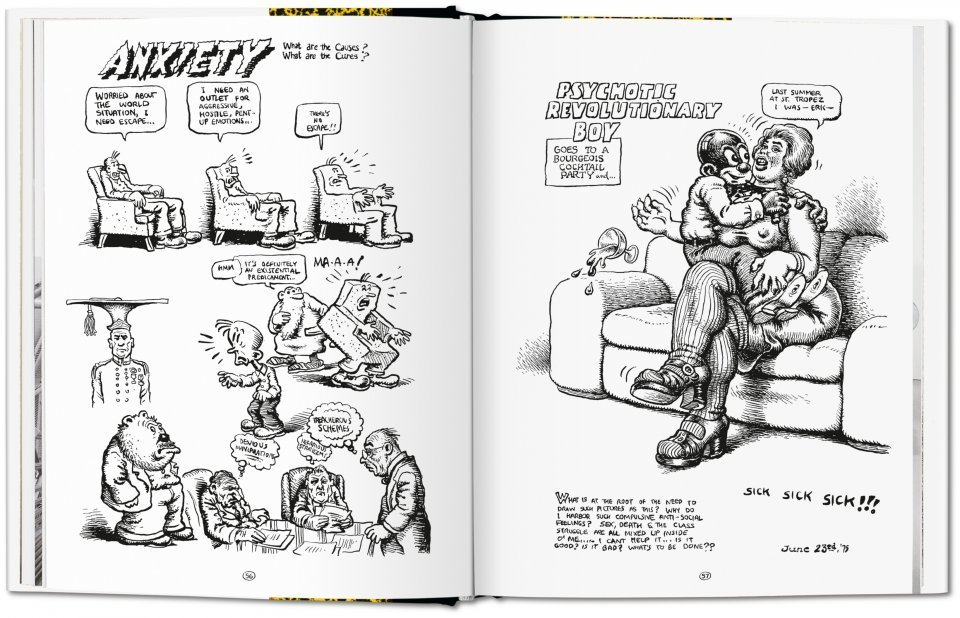 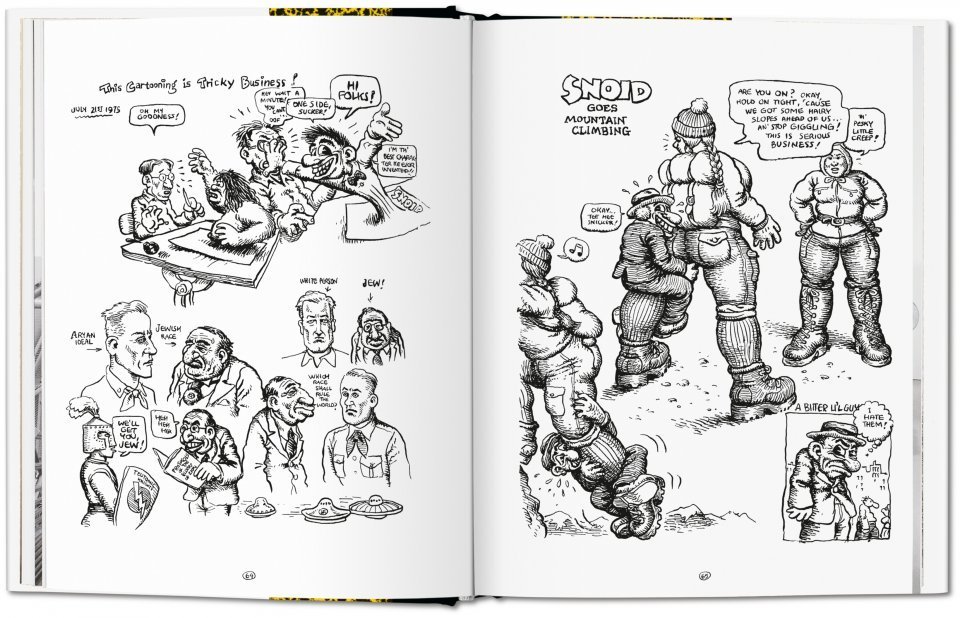 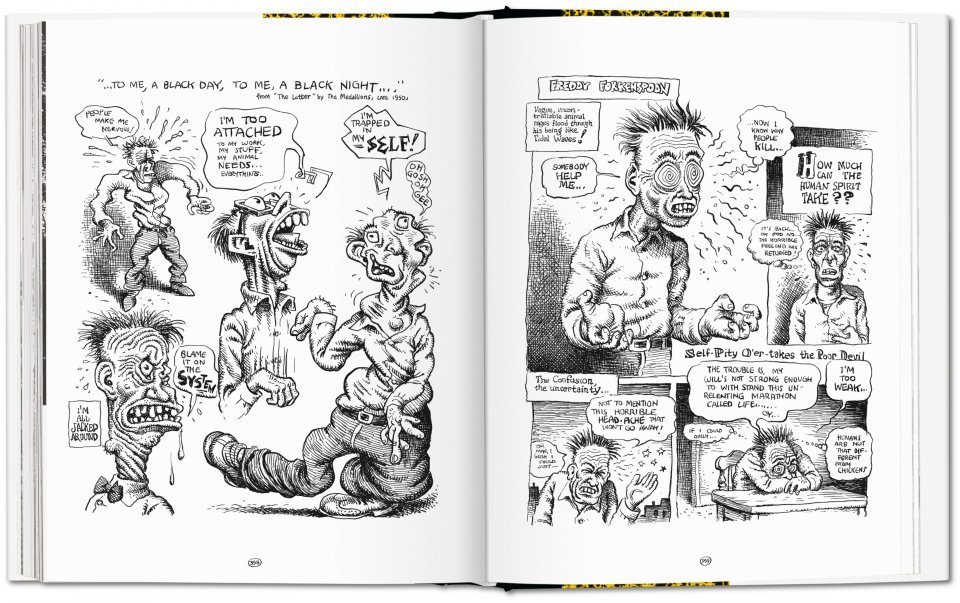 “There’s something irreconcilable at the heart of this work… It’s about seduction and repulsion. You are drawn into it, and you are judging yourself as you look at it.”

A Mountain of Crumb

Until May 2017, Robert Crumb was simply lauded as the greatest underground artist. Then his cover drawing for the 1969 comic Fritz the Cat sold for a record $ 717,000, the highest price ever realized for any comic, and concepts of under- and aboveground went out the window. Now everything Crumb is fast increasing in value; the perfect time for R. Crumb Sketchbook, Volume 3: Jan. 1975–Dec. 1982.

Combining volumes 5 and 6 from the second R. Crumb Sketchbook boxed set, and produced directly from the original artworks now belonging to an ardent French collector, this is one big 444-page Crumb feast for way less than his rare originals. Among the hundreds of subjects included are Crumb’s move to rural California, his marriage to Aline Kominsky, the birth of daughter Sophie, as well as further adventures of Mr. Natural, mischievous Snoids, Arcade comics strips, political discontent, existential angst, huge powerful women, geeky little guys, Mao Tse Tung, Mick Jagger and moral outrage, all wrapped up in a quality hard cover featuring front and back illustrations newly hand-colored by Crumb himself. 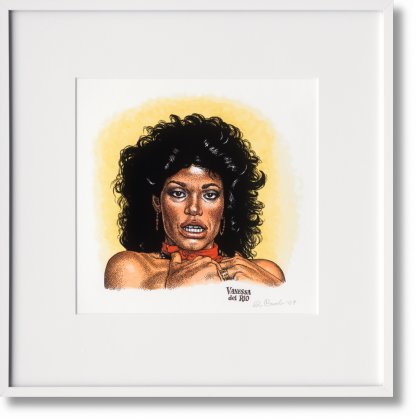 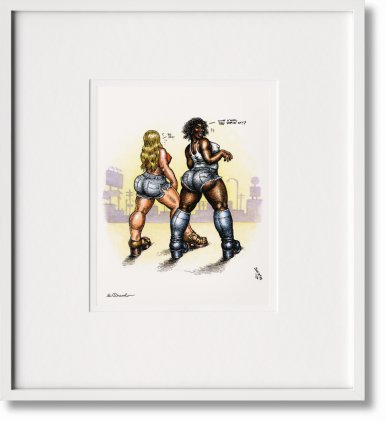 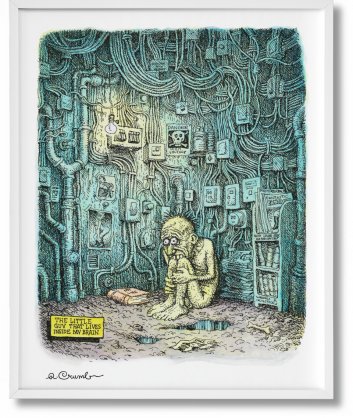 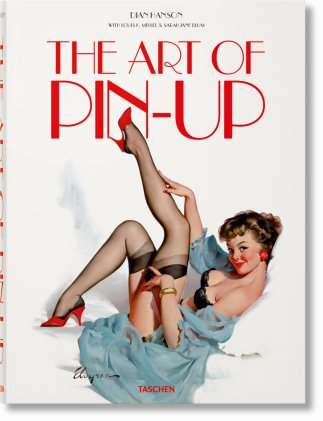 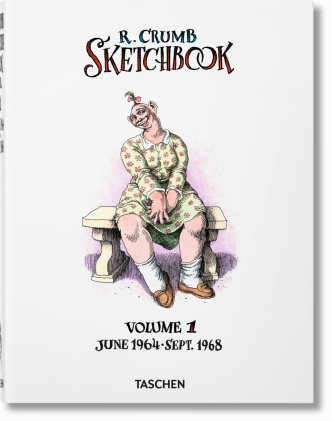 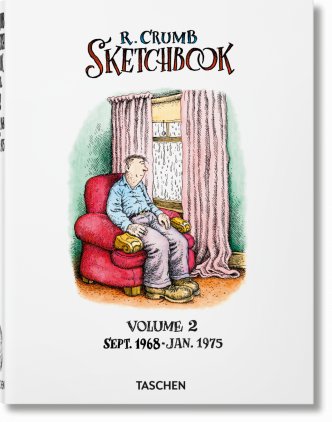 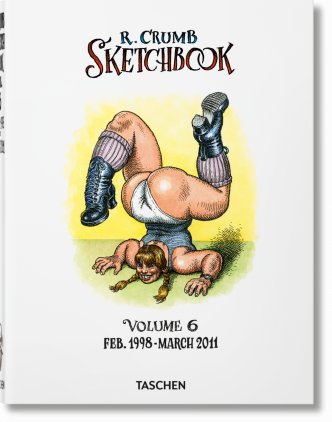