“The impeccable design of Mad Men gets the requisite TASCHEN spotlight.”

“As careful, considered, and beautiful as the show itself. It wallows in the sumptuous cinematography, complex characterisation and painstaking attention to detail that made Mad Men so critically revered for most of a decade.”

“A photographic chronicle of one of the most influential and stylish TV shows to ever hit the airwaves.”

Hardcover, 2 vols. in slipcase, 14.2 x 8.9 in., 1048 pages, in cardboard box with handle
US$ 120 (US$ 200)Save US$ 80!
Celebrate television art with TASCHEN’s two-volume tribute to Mad Men. The bonanza edition includes a full seven-season sequence of stills as well as a bounty of script excerpts, production ephemera, on-set photographs, notes from the writers’ room, and candid interviews with the show’s superstar ensemble on and off screen, including Matthew Weiner, Jon Hamm, Janie Bryant, and Scott Hornbacher. 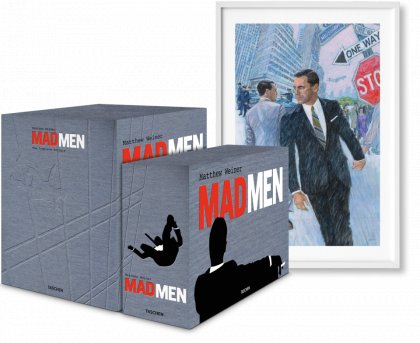 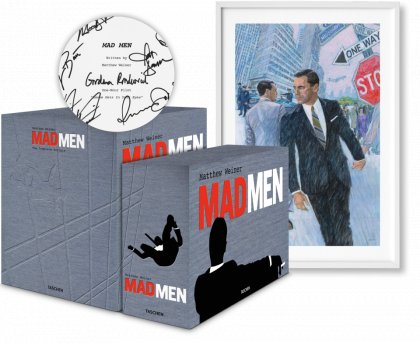 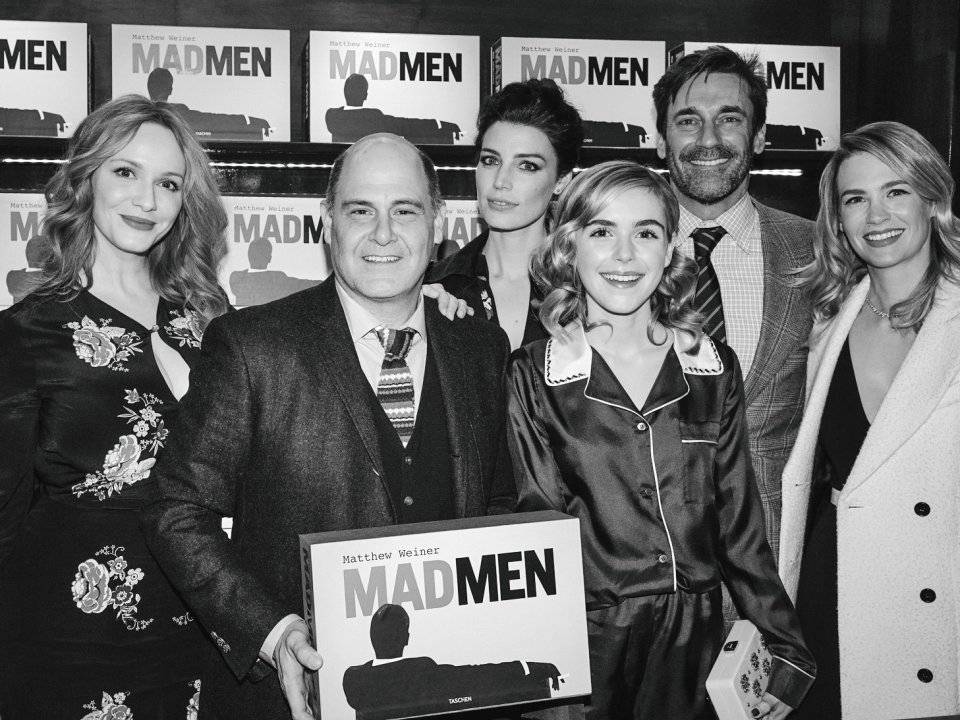 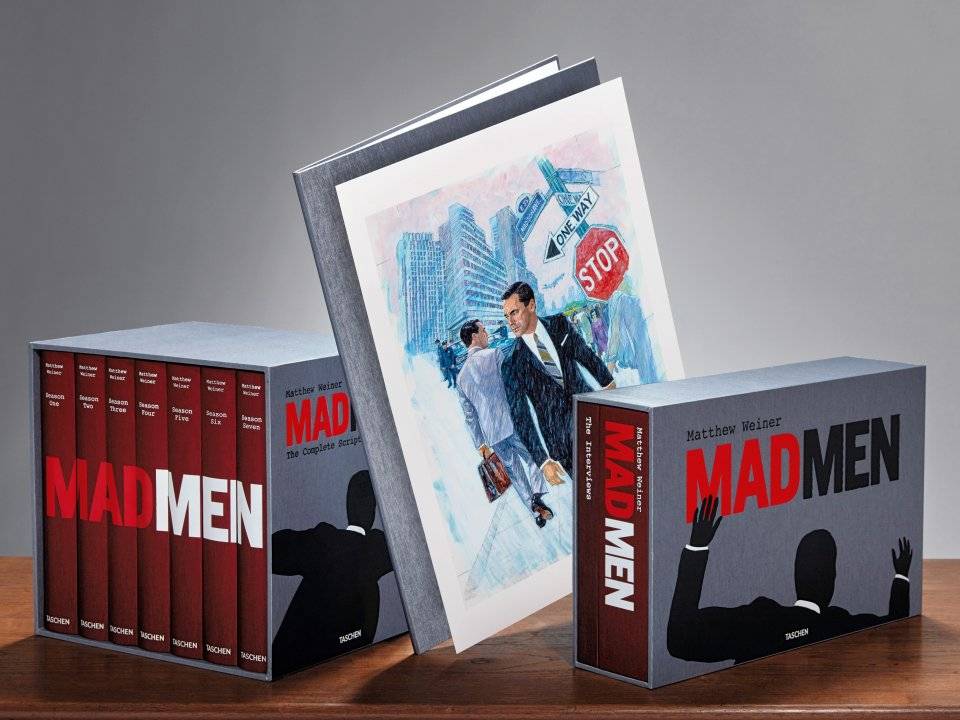