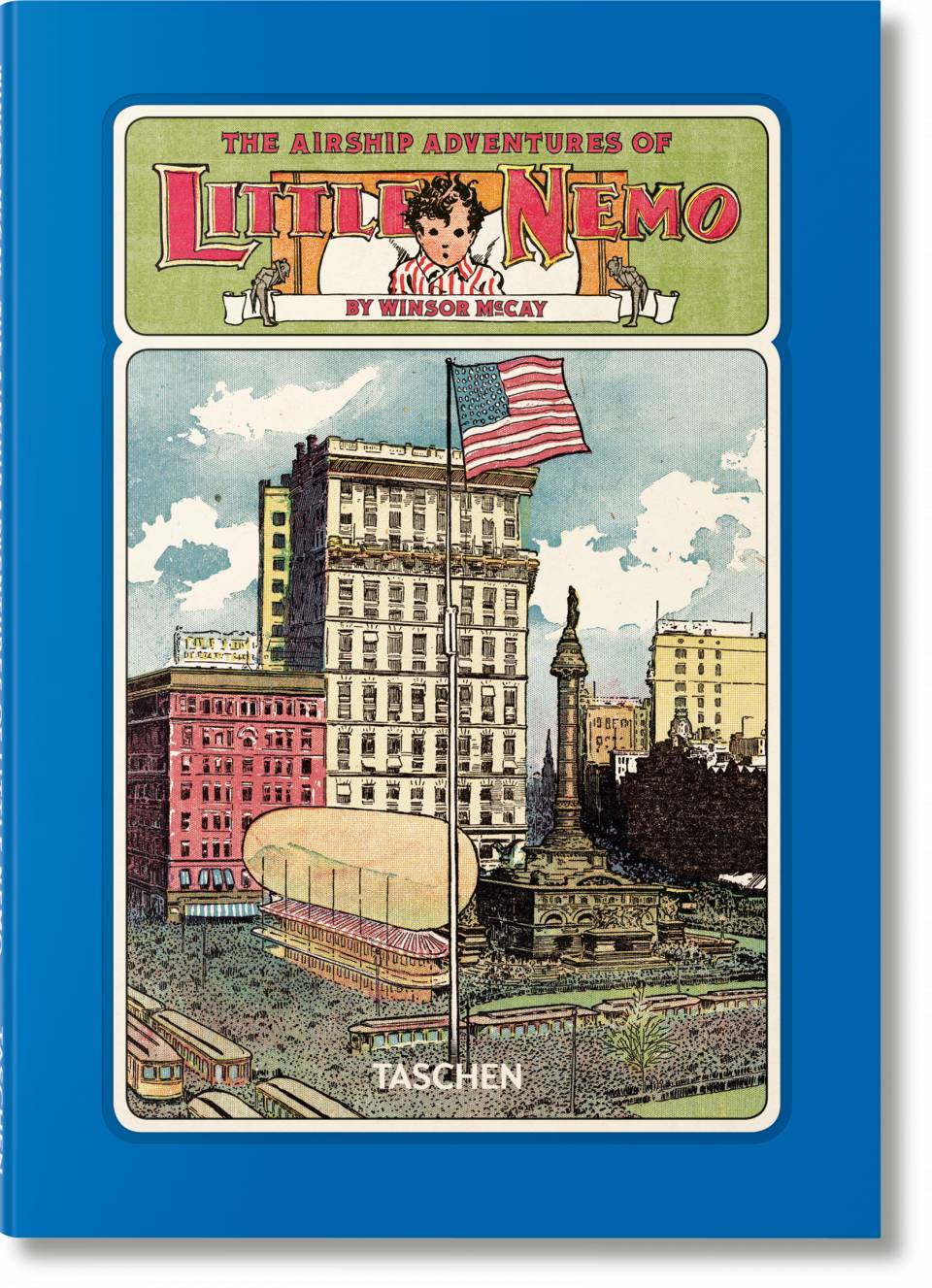 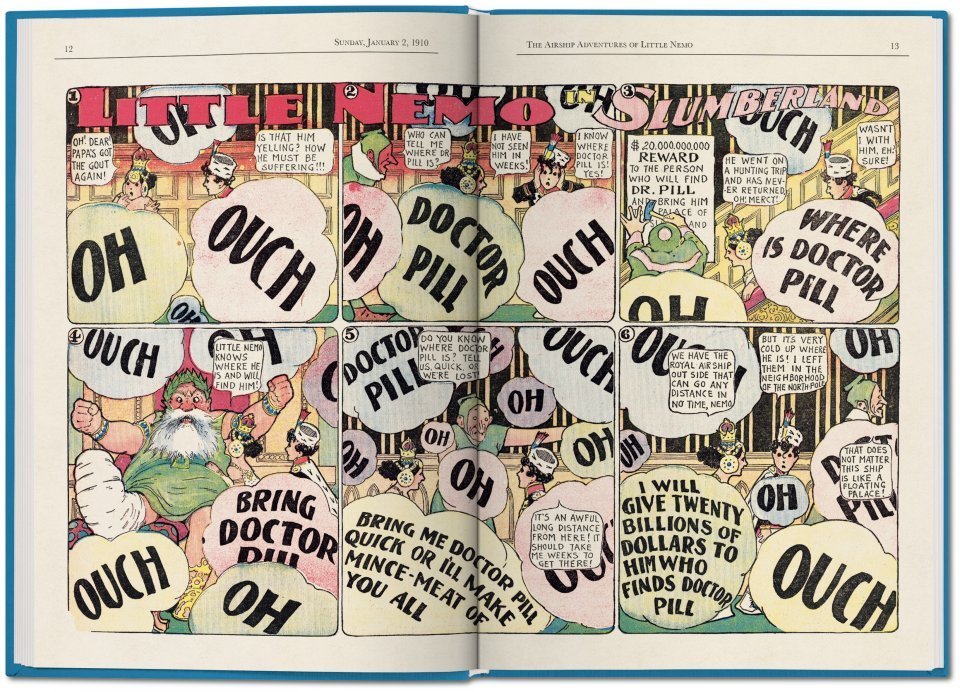 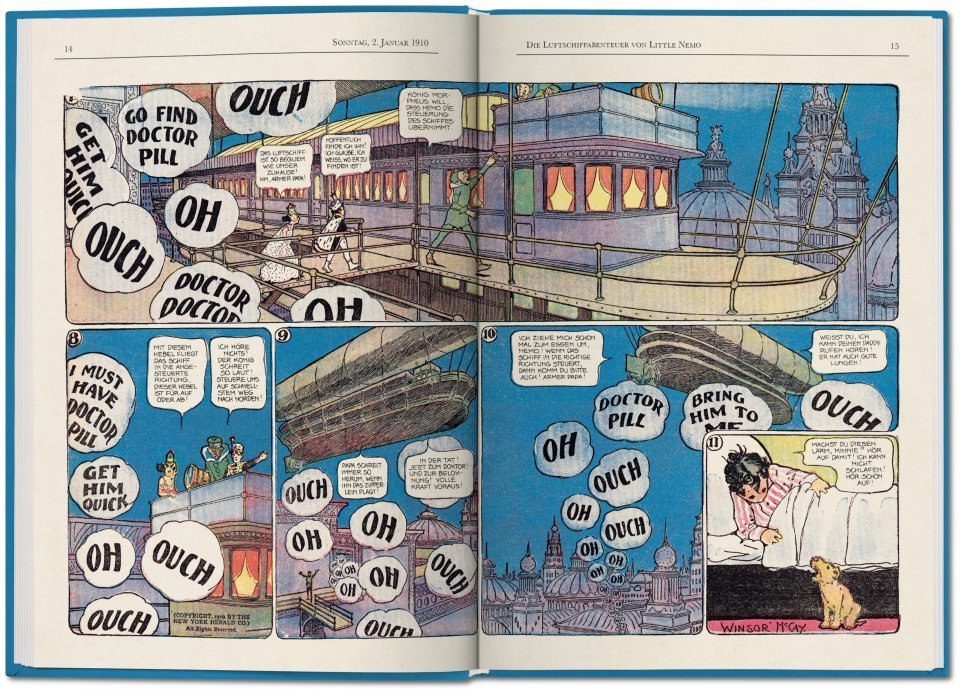 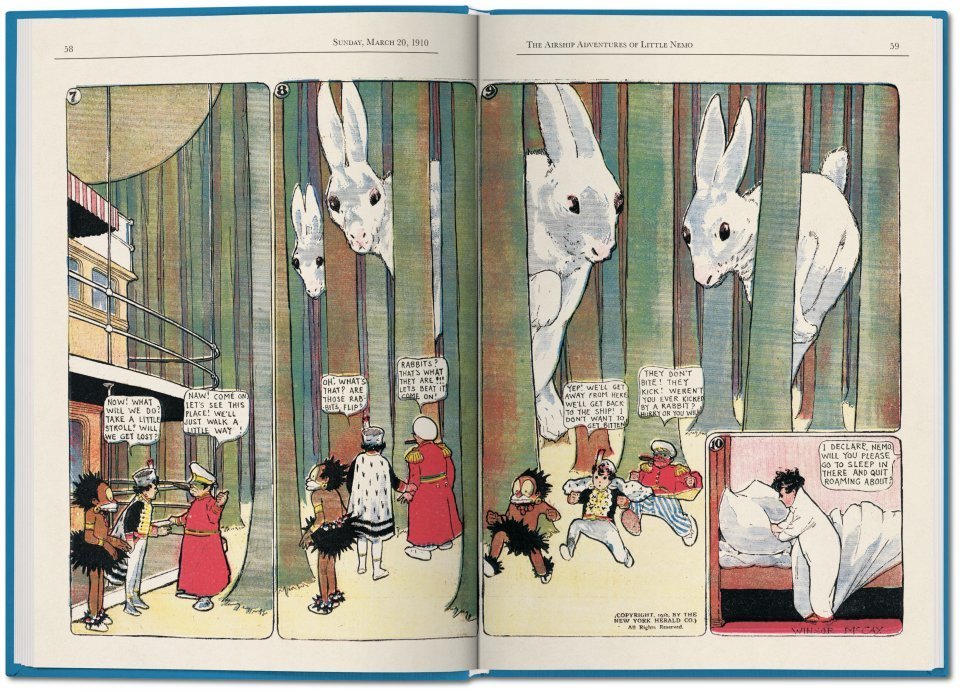 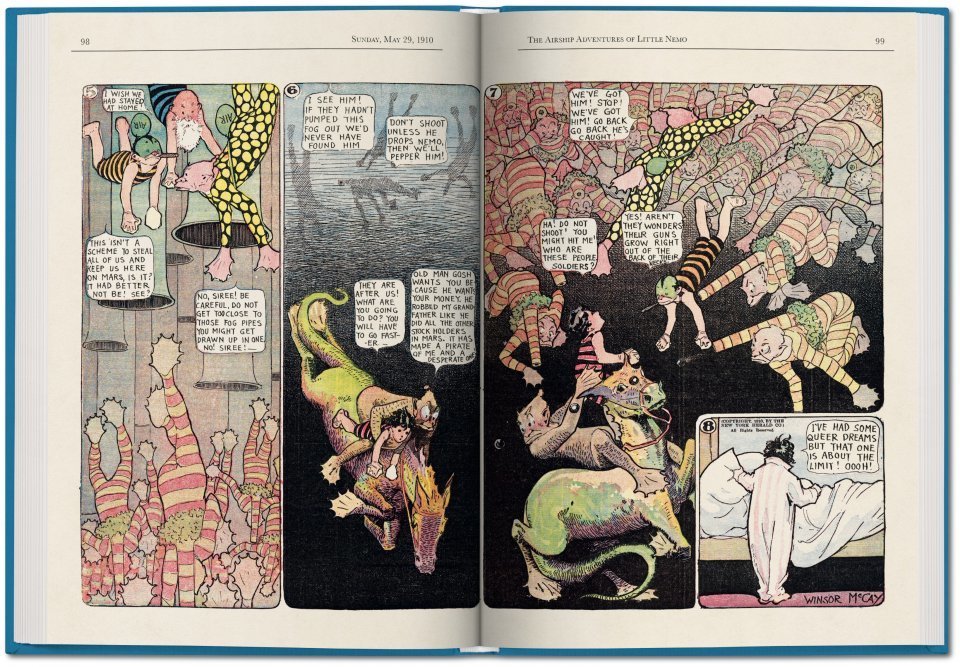 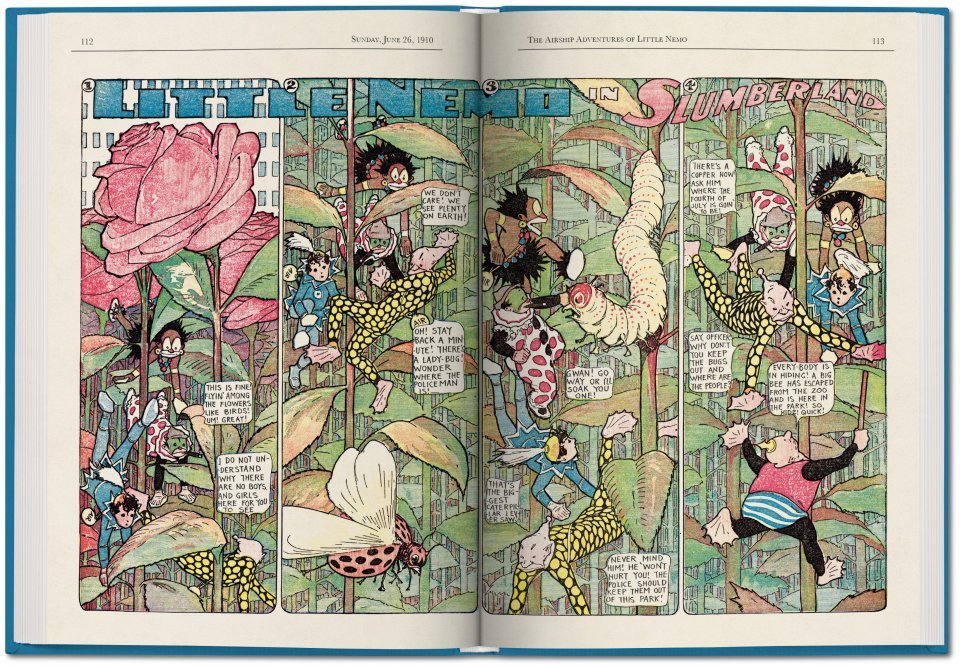 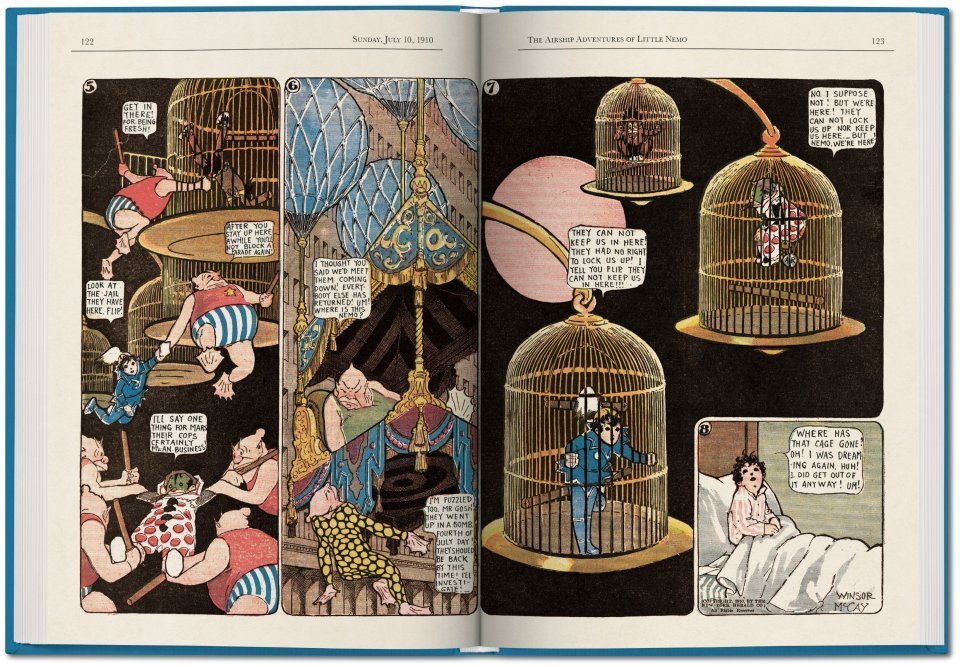 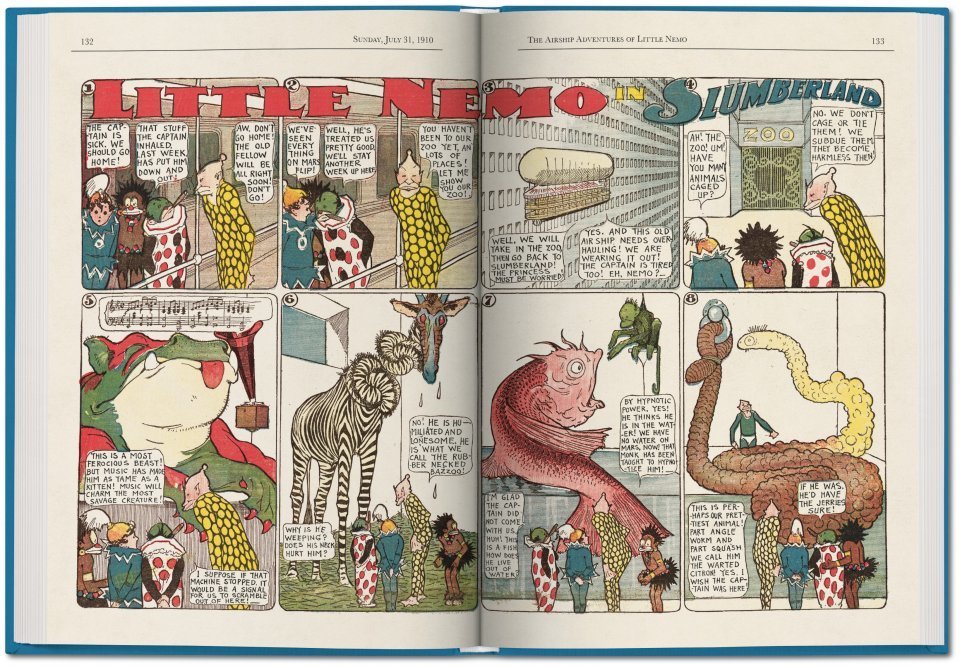 “The Little Nemo panels are quite literally the stuff that dreams are made of.”

Hardcover, 5.4 x 7.7 in., 0.99 lb, 288 pages
US$ 20
Let your imagination fly and join Winsor McCay’s Little Nemo in his airship adventures to the moon, Mars, and across the United States. These 69 installments published between 1910 and 1911 offer some of the most thrilling artwork and pioneering narrative in McCay’s oeuvre. An introduction from art historian Alexander Braun reveals how these works became a “creative bombshell” to McCay’s career.

Little Nemo up, up, and away

Meet Little Nemo, a diminutive hero of comic narrative, but one of the greatest dream voyagers of the 20th century. The master creation of Winsor McCay (1869–1934), Nemo inspired generations of artists with his weekly adventures from bed to Slumberland, a realm of colorful companions, psychedelic scenery, and thrilling escapades.

This book gathers all of Little Nemo’s colorful airship adventures in Slumberland, totaling 69 installments, first published between January 1910 and April 1911. Brimming with sky-high imagination, these airship adventures represent some of the most ambitious artwork and exciting tales of McCay’s revolutionary comic and of his much-loved dream voyager. The installments see Nemo flying to the moon, to Mars, and on a triumphant tour of major sights and metropolises across the East Coast of America and Canada and beyond, including Yellowstone National Park, Niagara Falls, and New York City.

An introductory essay from art historian Alexander Braun contextualizes these airship episodes within the broader Little Nemo series as well as McCay’s ambitious and exceptionally influential career. Braun reveals how the airship journey was not only a pioneering narrative arc in the early days of comic but also a “creative bombshell” which propelled McCay towards further endeavors, namely the first animated film in history.

Another gem from the genius of Winsor McCay! 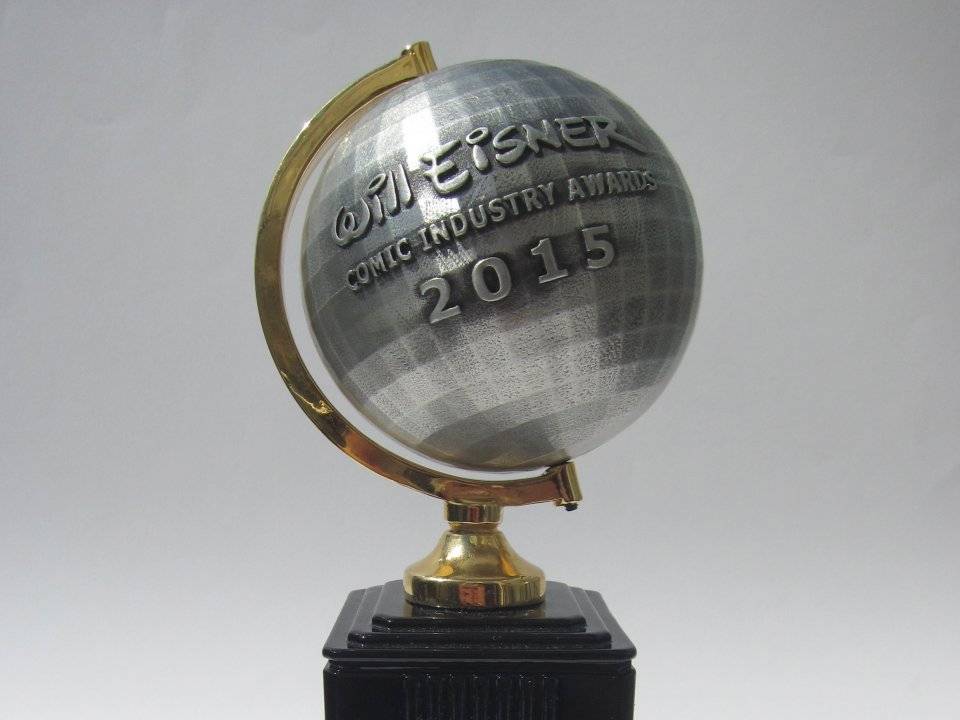