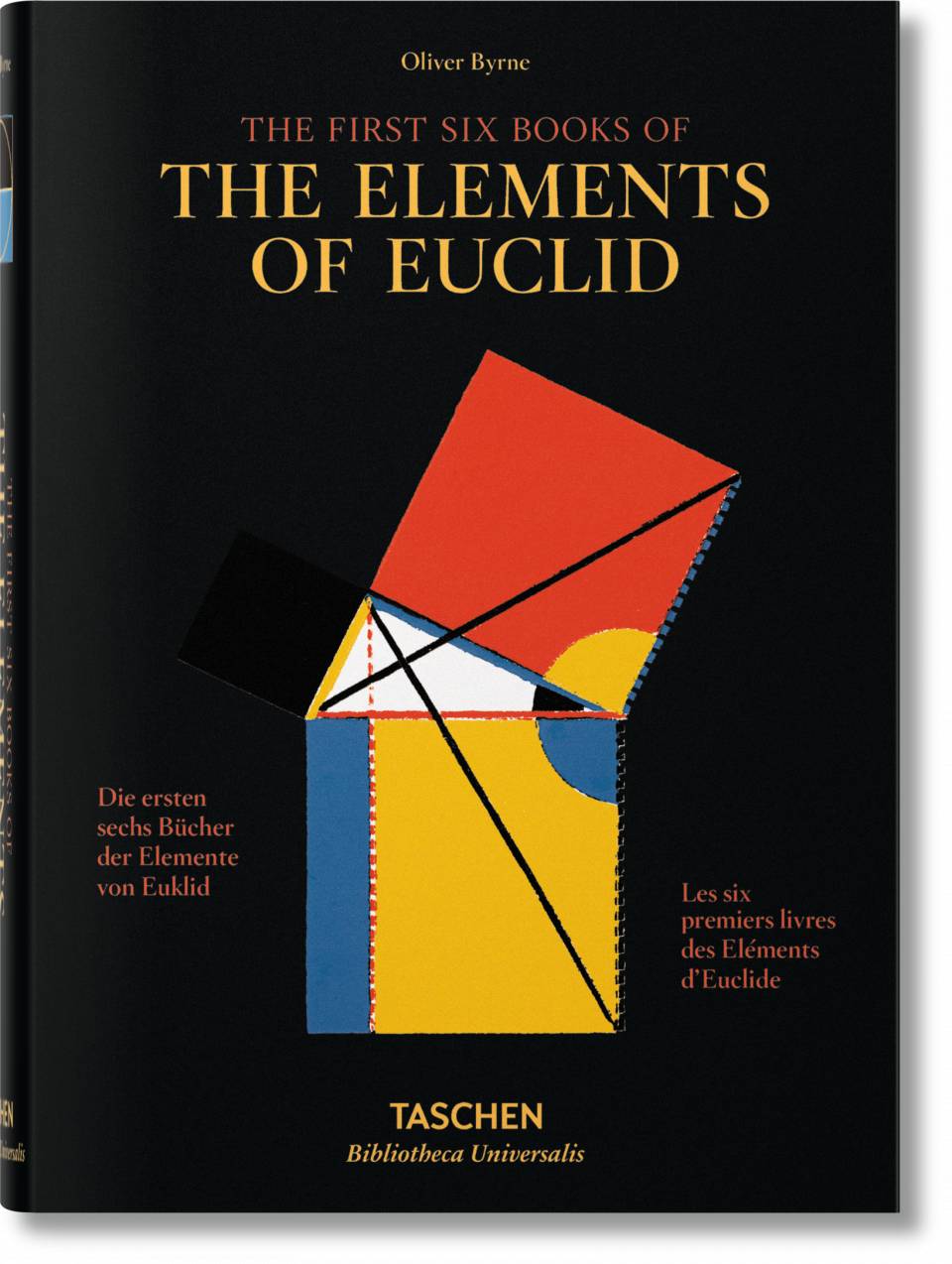 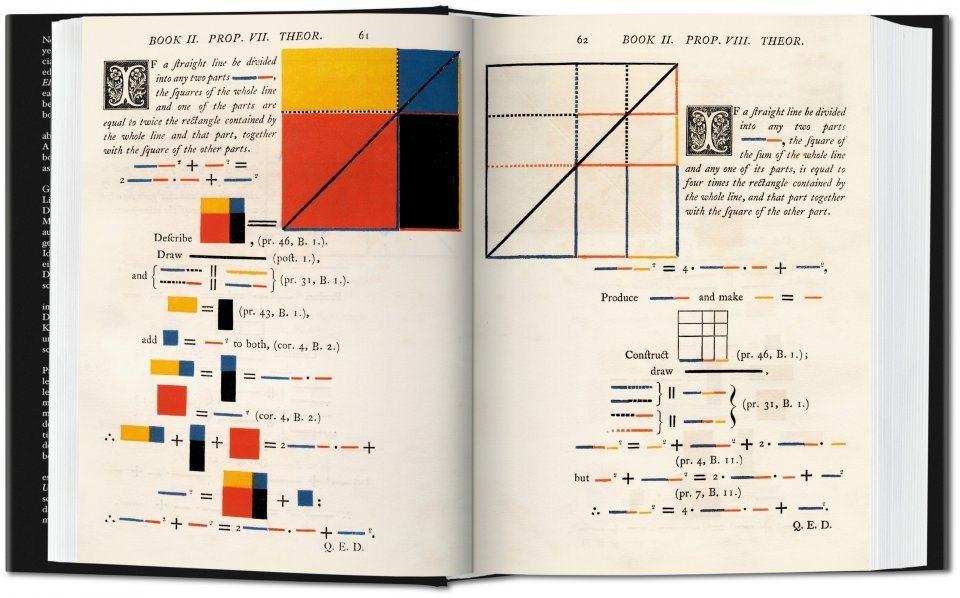 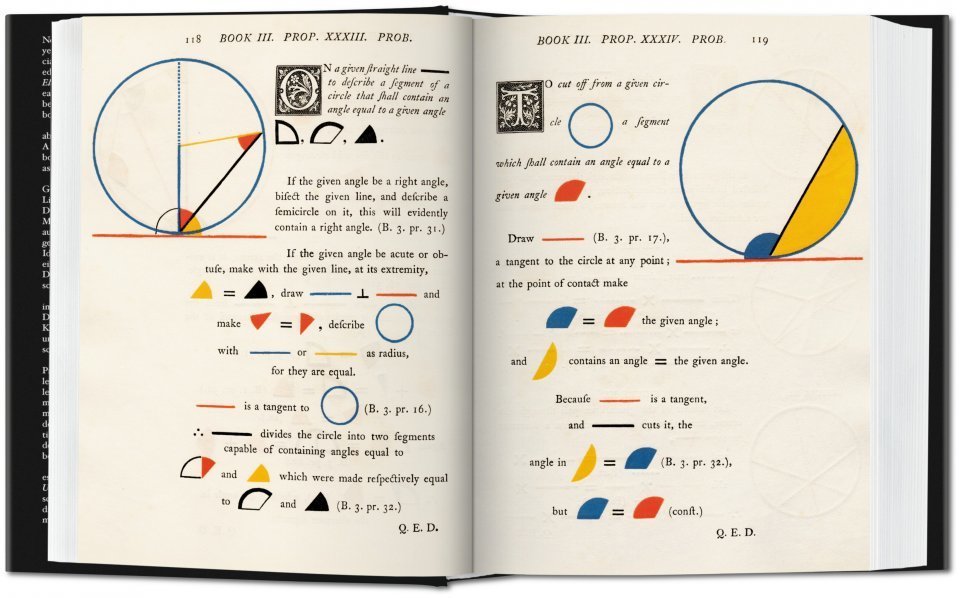 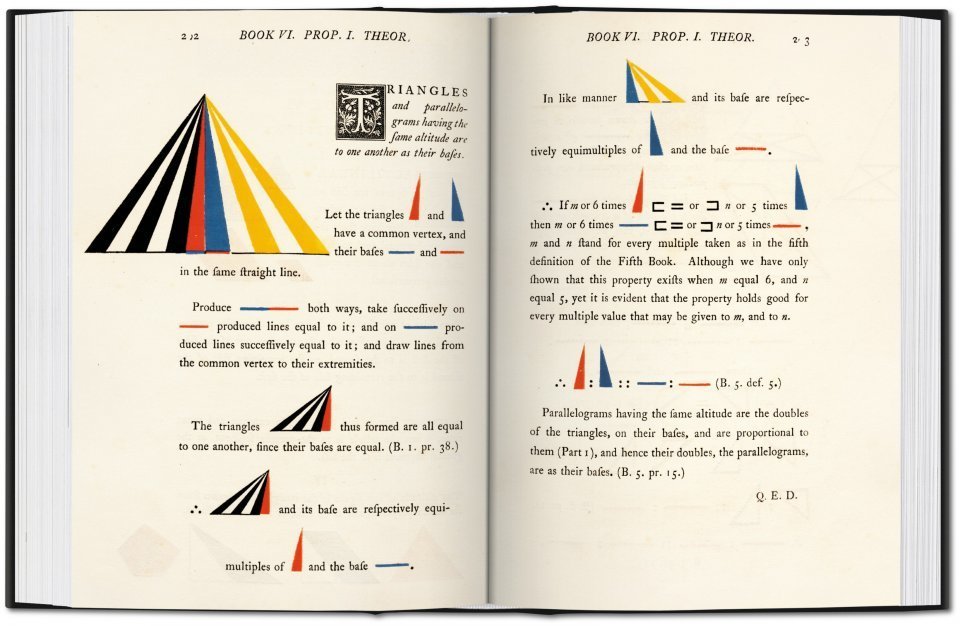 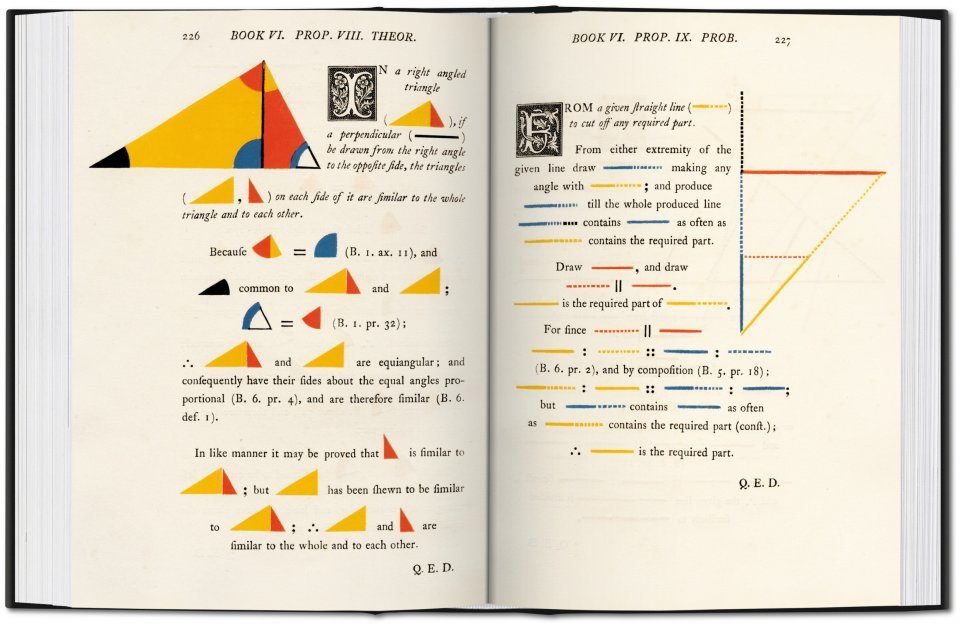 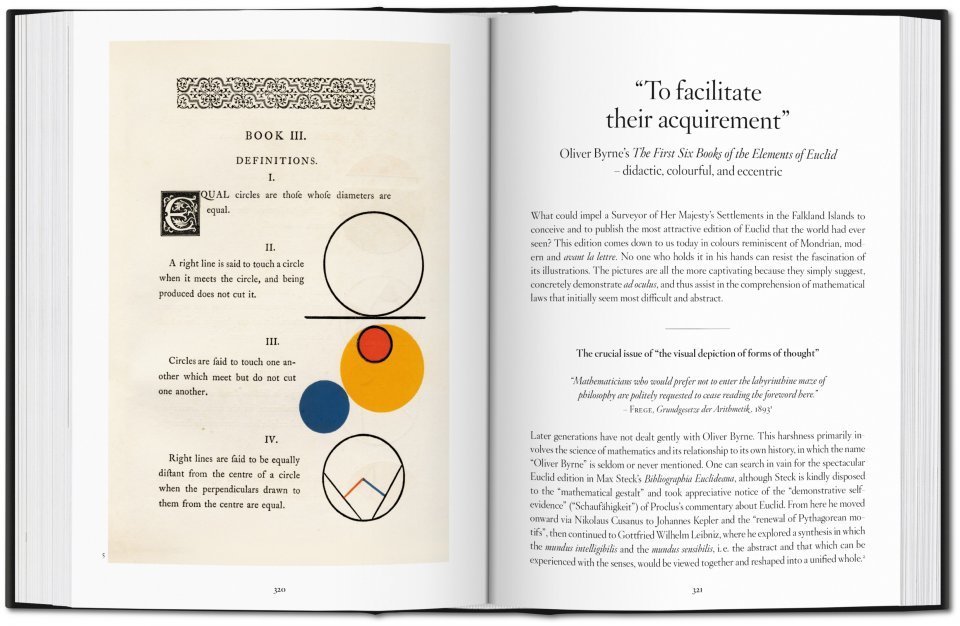 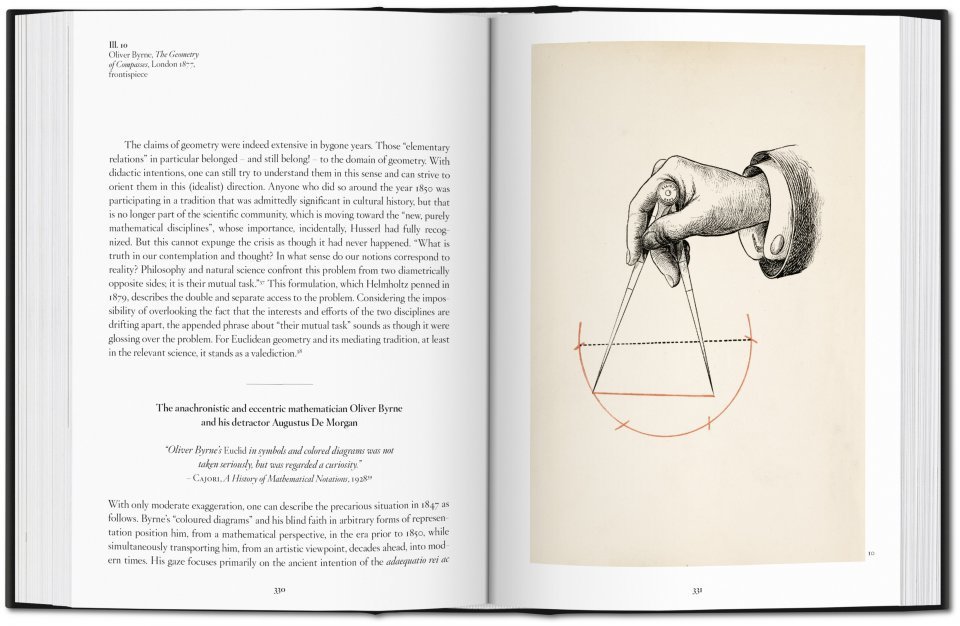 “Every graphic designer, book lover and math nerd will be awestruck.”

Hardcover, 5.5 x 7.7 in., 2.20 lb, 504 pages
US$ 20
An altogether unusual beauty, Oliver Byrne’s edition of Euclid’s Elements combines bold primary color with mathematical precision in one dazzling display of color, form, and geometry. A masterwork of art and science, each page anticipates not only the vigor of De Stijl and Bauhaus but also the information graphics that define much of today’s data consumption.

Nearly a century before Mondrian made geometrical red, yellow, and blue lines famous, 19th-century mathematician Oliver Byrne employed the color scheme for his 1847 edition of Euclid’s mathematical and geometric treatise Elements. Byrne’s idea was to use color to make learning easier and “diffuse permanent knowledge.” The result has been described as one of the oddest and most beautiful books of the 19th century.

The facsimile of Byrne’s vivid publication is now available as part of TASCHEN’S Bibliotheca Universalis series. A masterwork of art and science, it is as beautiful in the boldness of its red, yellow, and blue figures and diagrams as it is in the mathematical precision of its theories. In the simplicity of forms and colors, the pages anticipate the vigor of De Stijl and Bauhaus design. In making complex information at once accessible and aesthetically engaging, this work is a forerunner to the information graphics that today define much of our data consumption.

Werner Oechslin studied art history, archaeology, philosophy, and mathematics. After doctoral studies in Zurich in 1970 he taught at MIT and Harvard University. Since 1985 he has been a professor at the Swiss Federal Institute of Technology, where he led the Institute for the History and Theory of Architecture from 1986 to 2006. His research focuses on architectural theory and the cultural history of architecture. His most recent publication is Palladianismus: Andrea Palladio – Werk und Wirkung (2008). He is the founder of Bibliothek Werner Oechslin in Einsiedeln.

Time to learn another language 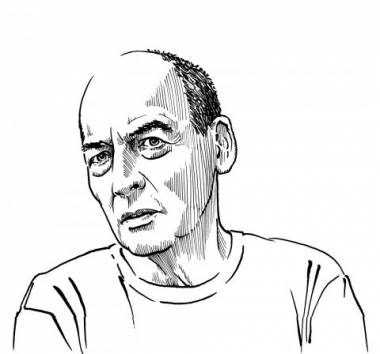 “Impossible to know what is more miraculous: Mondrian as a creative math teacher in 1847 or TASCHEN publishing Euclid on geometry today, but this is a profoundly exciting book to (re)appear at this point in the blurry age of the web: lucidity made manifest in language that still dazzles in its clarity 160 years after its initial publication...”
Illustration: Robert Nippoldt 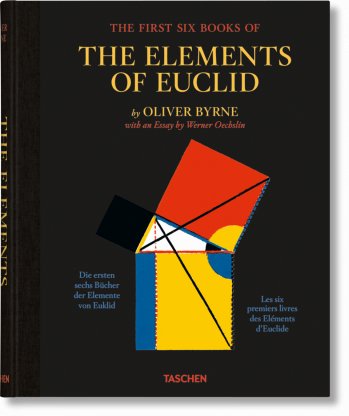