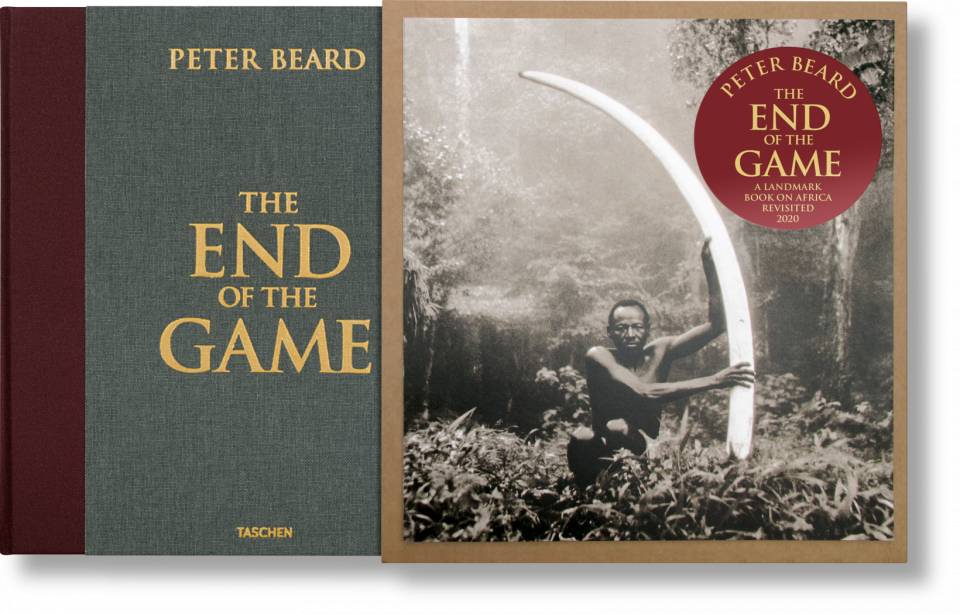 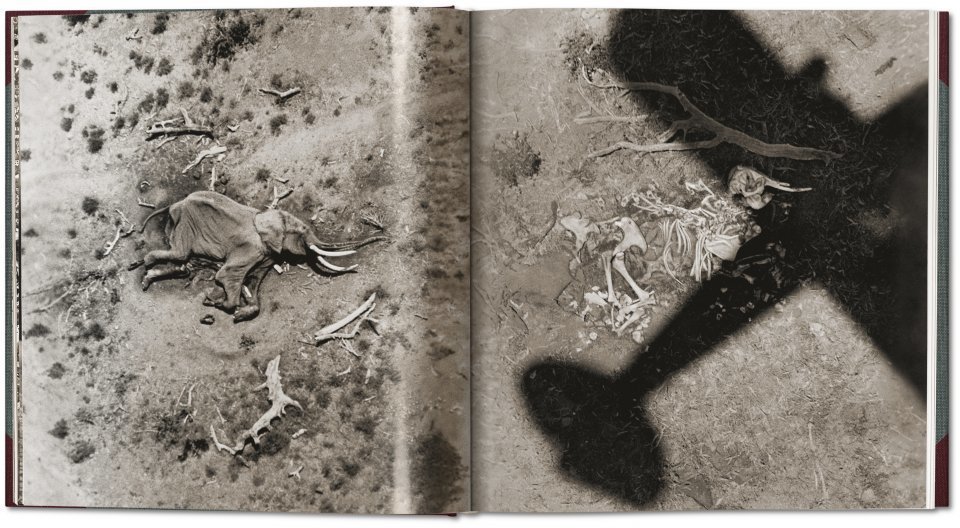 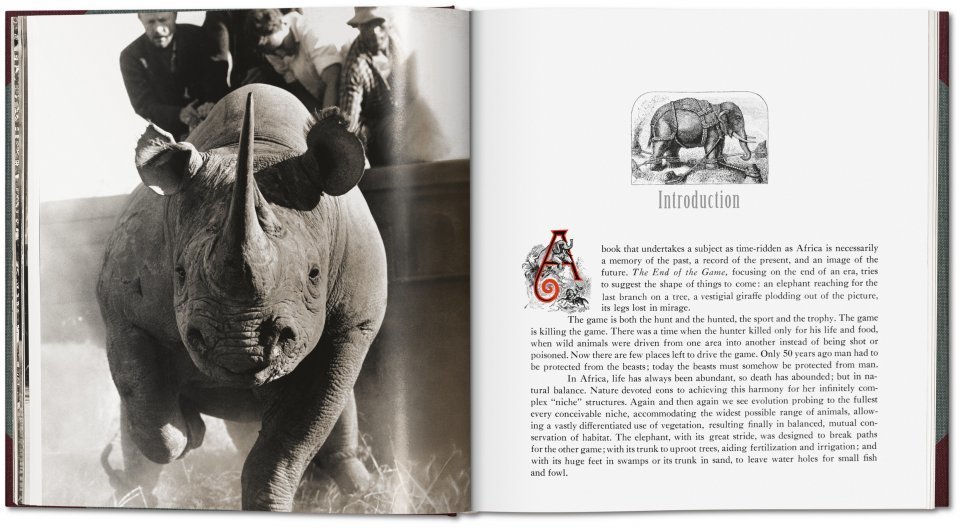 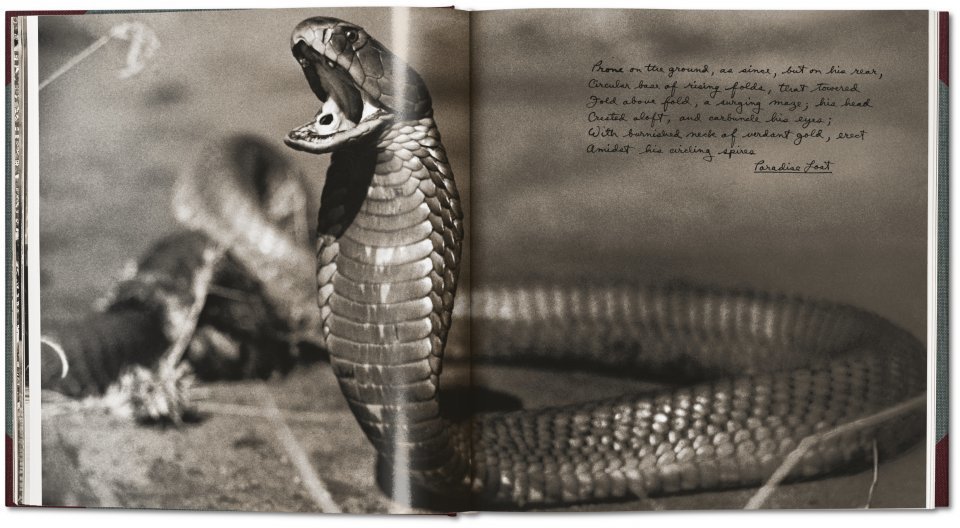 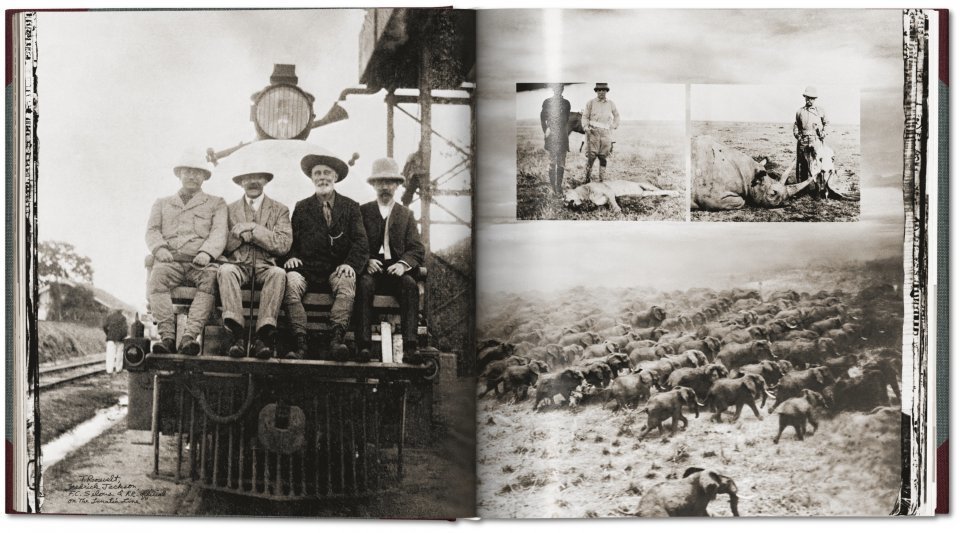 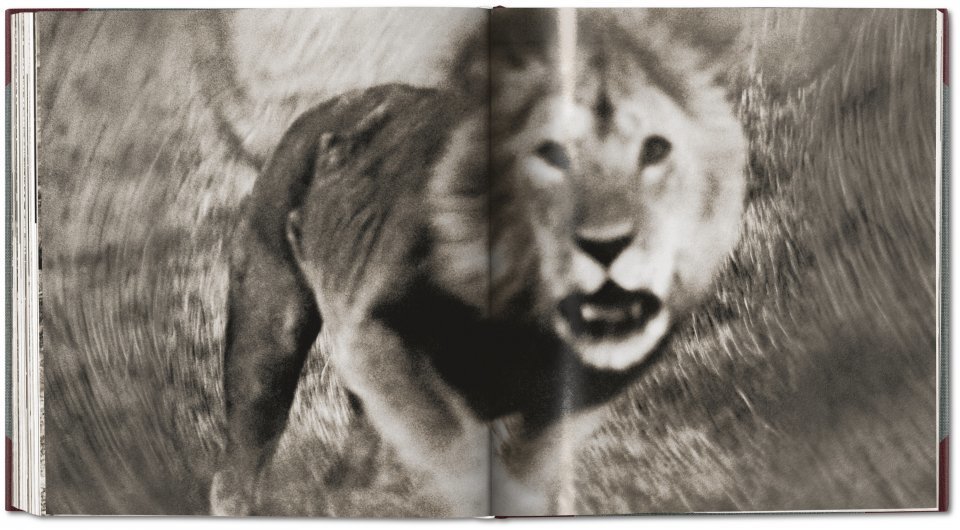 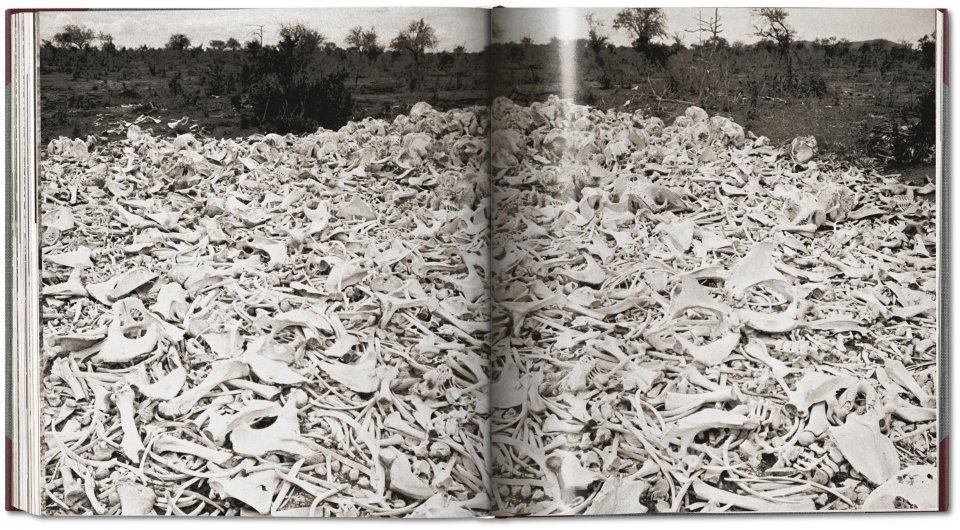 “A unique book, in its scope and breadth, its boldly time-spanning and contrast-rich design, even its noble-Victorian sense of mission.”

Peter Beard. The End of the Game

“The deeper the white man went into Africa, the faster the life flowed out of it, off the plains and out of the bush...vanishing in acres of trophies and hides and carcasses.” — Peter Beard

A landmark publication on Africa, The End of the Game combines Peter Beard’s salient text and remarkable photographs to document the overpopulation and starvation of tens of thousands of elephants, rhinos, and hippos in Kenya’s Tsavo lowlands and Uganda parklands in the 1960s and ’70s.

Researched and compiled over two decades, and updated several times since with new material, this is Beard’s essential book—a powerful and poignant testimony to the damage done by human intervention in Africa. His own images and writings are supplemented by historical photographs of, and quotations from, the enterprisers, explorers, missionaries, and big-game hunters whose quest for adventure and “progress” were to change the face of a continent: Theodore Roosevelt, Frederick Courteney Selous, Karen Blixen (Isak Dinesen), Philip Percival, J. A. Hunter, Ernest Hemingway, and J. H. Patterson.

This new edition includes an interview with conservationist Dr. Esmond Bradley Martin, as well as essays from previous editions by renowned writer Paul Theroux and ecologist Dr. Richard M. Laws, and contributions to the afterword by agronomist Dr. Norman Borlaug. Touching on such themes as distance from nature, density and stress, and loss of common sense, this seminal portrait is as resonant today, amid growing environmental crises, as it was a half century ago.

Peter Beard. The End of the Game

Beautiful book, but the slipcover is disappointing

The book comes in a cardboard slipcase. Very disappointing and cheap for a gorgeous book like this.

Beautiful book. Well worth the money!

Such an interesting and stimulating way of exploring a land through the eyes of a photographer I didn't know. Highly recommended.

Step in to the eclectic world of PB

Fantastic book of a great artist. Dream of a life as a bohemien in the sixties. 10kg of bizarre collages and photographs.

I have read Beard's obituary in NYTimes and I wasn't sure he is my kind of artist and what to expect. I was intrigued by his life, his connections, his adventures. This book is worth every penny! I've felt immerse in a double story, that of the author and that of the characters he represents in the book through his journaling... I've also discovered another view of Africa and its 'civilization'. It left me a grin... It is also very educative, read it w/ my 12 and 10y old. They were captivated!

A book with high quality photos. Really recommended for all the passionates about Africa and photography.

One of the best books I’ve bought in a while.
Recommended. 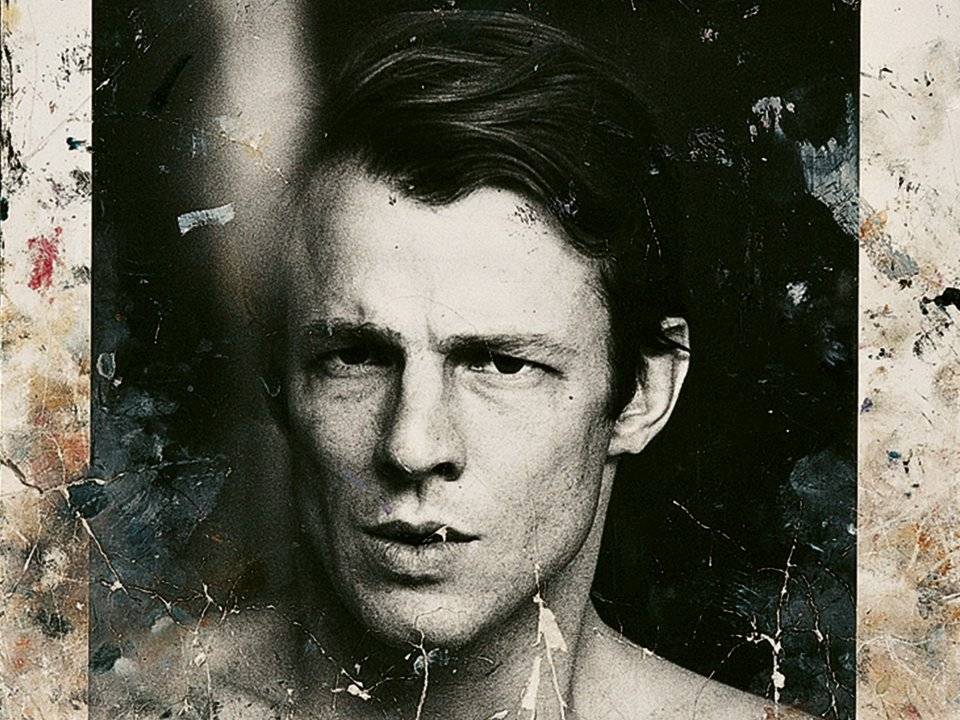 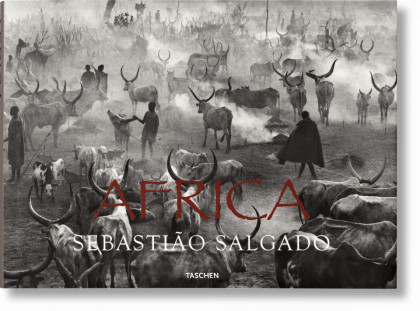 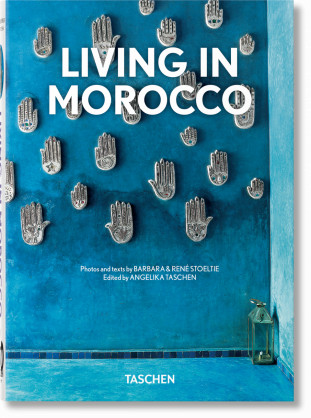